Author: FredCM
Home› General Discussion
Automatic "Save Draft" has been disabled temporarily. This means comments are not being auto-saved as you type. 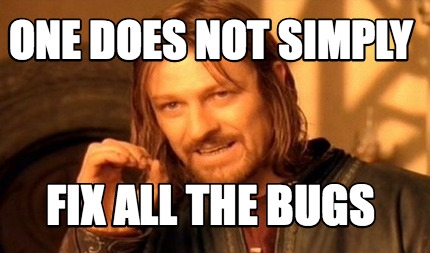 Please post all your bug reports here. Anything wrong with the forums, we want to know about it.

We think you want to be informed about what's going on with the forums. In that spirit, here's a list of all the problems we know about (so far!) with the new forum software. We'll update this list as we find new ones.

We are actively working on fixes, and plan to have these solved in due time. But here they are so at least you can avoid stepping in poop. It's also to let you know WE know, and that we care. Awwww...

Bugs we know about so far, in no particular order: