renderhjs
sublime tool
Offline / Send Message
renderhjs sublime tool
Feb 2010
Ok finally a new release of TexTools with its own new thread. The former thread has really grown and I wanted to devote this release its own thread. This is now already the first anniversary of TexTools as its close to exactly 1 year ago since I started this project.

What?
A maxScript package shaped into a Photoshop alike toolbar that covers a lot of things for texture artists. One of the key benefits is that you can install it anywhere and almost at any max packages (9+) without the need of administrative rights or script installation knowledge.
Oh and its free!, free to use and free to modify, improve or copy into your own scripting stuff. 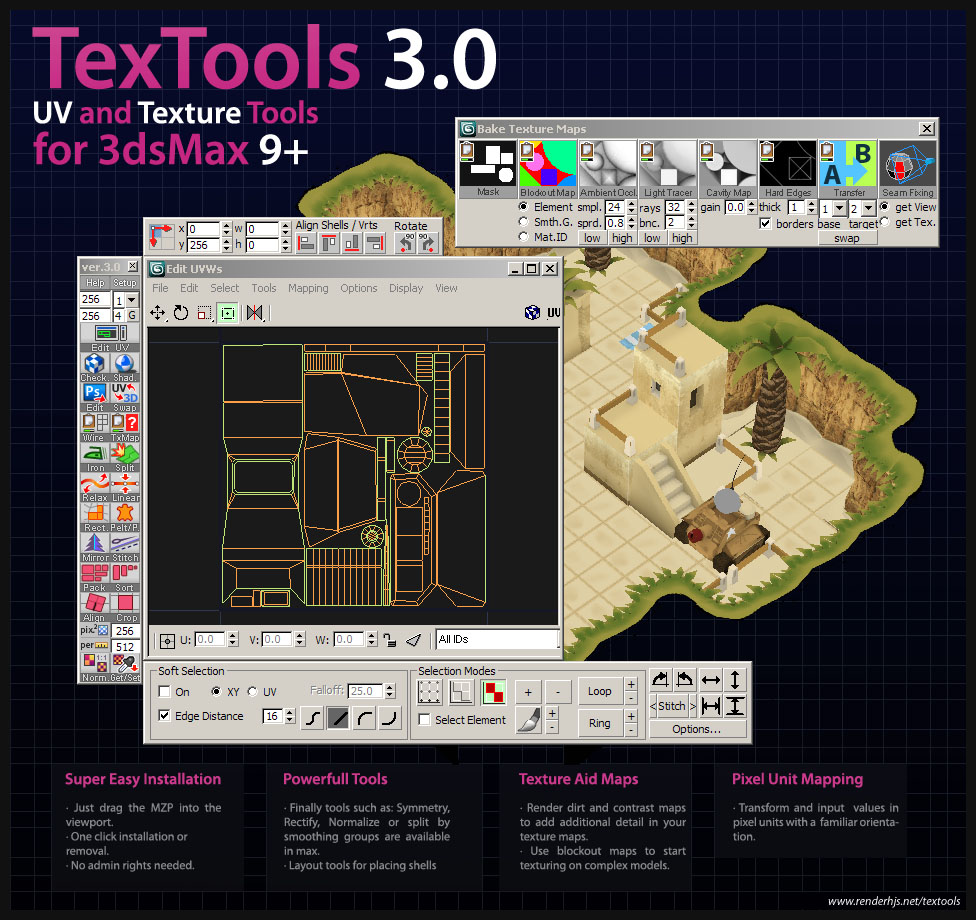 3.0 Changes:
Most noticeable is the new interface and setup that it comes with. These are my attempts on making it even easier to use for first time users. But under the hood there have been many smal improvements.
Some of them:
Multi Object Unwrap
As you might heard or read before I started on porting many of the functions towards the max2008 multi object UV editing compatibility but because I still want to keep functions compatible with max9 and that new setup requires a different architecture things aren't that easy to translate.
The following features are for example not yet supported in this mode: