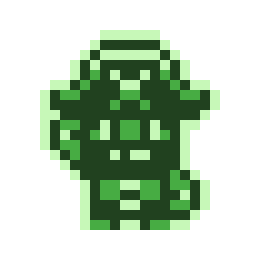 (I find them interesting and have summised) As the majority suspect, 9/11 was a farce. Theres a mountain of websites that go through the facts step by step, pointing out these main facts:

1. The twin towers were rigged to be demolished a few weeks before 9/11. This was carried out by forcing companies to not enter the buildings by cutting off the power supplies under the excuse of "maintenance". More exactly: "we're updating the internet lines". The security firm for the WTC was run by bushes cousin. The cameras of the WTC were shut off on 9/11... the third building also collapsed, of it's own accord.

3. Clear photographic evidence of the demolition triggers being set off before and during the collapse (registering 2 on the Richter scale). Additional testimonies from firemen about the lobbies of the buildings, actually seeing damage these charges made.

4. Titanium and Iron melt at a much higher temperature than airliner fuel.

5. most of the airliner fuel burnt up in the air on the second impact, as that huge fireball showed. So it would have been impossible to burn the building causing it to crumble to the ground.

8. the 9/11 investigation was very late, evidence was omitted, no one was held accountable.

9. many of the terrorists killed in the crashes are still alive and well.

10. the phone calls from the planes were faked. This is indisputable because it's not possible to call on your mobile from a plane at 36 thousand feet.

11. the usama video is fake. He wears a gold ring and watch, which are forbidden by his own religion. Also he is a lefty, but in the video hes using his right hand to write etc.


I guess what we need to think about is; who is responsible? Are there any steps being taken to prosecute the organisers of this lie? How long will it take? Is bush directly connected or is this something larger and unimaginable?

Dreafully; what really happened to all of these people that were on the real flights?

I for one feel like I've been lied to. I'm sure this is the general consensus. How we can base two wars on ONE PASSPORT that some how miraculously survived TITANUIM melting fires, and floated into the hands of an FBI agent at ground zero... is somewhat beyond belief.
0 · Share on FacebookShare on Twitter