This came at the request of @Sweetangel0467 who was working on a tileable texture and was getting very annoyed at having to manually offset each layer, even though she wanted the same offset for a lot of layers.

Layer Cake started out as just 1 script for Multi-Layer offsetting in Photoshop but has now grown while aimed totally at tileable texture creation. 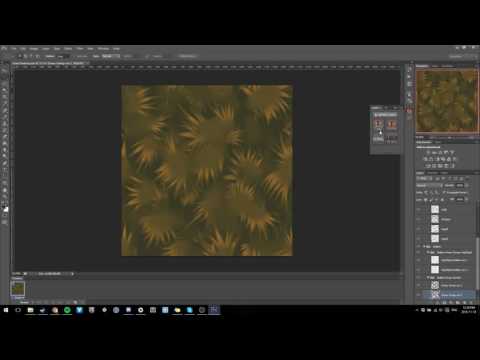 The bread and butter. It's the main script meant to help artists with offsetting multiple layers at once

Rebake is a script that will run Layer Cake but with the last used settings. For those that don't want to deal with UI every time, this is their go to. Set up the values you want to use for Layer Cake and just use Rebake to offset there on out.

Icing
Icing is really the icing on the cake. This will allow artists to quickly view their tileables in bigger sheets to see how they look. Icing will create a 2x bigger document for previewing what your tileable looks like.  The sweet part, run Icing on the newly created 2x document and get ANOTHER 2x document. You can quickly and easily see what your tileable will look like in big arrays with VERY LITTLE effort!

Spectacles
Spectacles is the newest addition to the Layer Cake suite. Spectacles allow you to use Gaussian blur or Smart Sharpen on a 3x3 version of your texture. When you're done, hit Done! and it will copy an original size layer to your starting document.

Pick it up below!

Multiple people have reported CC  2015.0.0 not working correctly with LayerCake, while later updates work completely fine.
I have no clue as to why, so if you can please make sure you are up to date with Photoshop for the best experience.

Edit: July 31/2016
V3.6.1
July 31/2016
-Created a fallback in the case that my website goes down and the user still has internet connection
The checks now do ->see if online, if online check to see if it can load 1px image from my website. If they can, load online page, else load offline page
V 3.6
Updated LayerCake to make it acknowledge locked layers (and skip them as they can't be worked on) but also make it not abort the whole Layer Cake Operation.
Updated Rebake to do the same as above.
V 3.5.5
Re signed extensions (to make sure things work)
Added features to LayerCake CC to make it so if new versions happen, I can let everyone know via the panel itself

Updated Icons to be a bit more fitting in PS
V 3.5.4
-Added Photoshop CS5 version to the download.

V 3.5.3
-Added Unit forcing to the other scripts as I noticed Spectacles would give you a totally wrong texture without it (and if you were on cm/in for example)

V 3.5.2
-Units should always show up as pixels now. If you use LayerCake and ruler units are in anything else, it will put it in pixels and put it back to whatever it was after finishing.
-Updated Installation instructions
Version 3.5.1
Fixed bug where having the Original Locked "Background" layer would cause Icing and Spectacles to crash.

Version 3.5
Fixed problem where if adjustment layer was top most layer in selected groups/layers, would cause crash on running.
-Adjustment layers are now being ignored (as you can't merge them by themselves anyways so they just cause more problems than they are worth by having them possible)
Version 3.4
Changed how Icing gets called. No longer makes a history in your original document.
-Spectacles v1 added to Layer Cake collection.
--Spectacles lets you do Guassian blur AND Smart Sharpen on a 3x3 version of your texture. This lets you blur and sharpen easier.
When done, hit Done and it will snip the center piece and put it as a layer in your original document.
Version 3.3
Added zero buttons to make zeroing out of x or y a button press instead of having to enter it in each time.
Version 3.2
-Packaged all three scripts, Layer Cake, Layer Cake-Rebake and Icing all into one easy to use Extension.
-Icing is the newest script that will take your image, and put it in a document that is 2x the size and tile it so you can quickly and easily see how it looks! You can keep running Icing on the new documents to keep upsizing the tiles to really check those seams. It will also only make 1 document per size (have a 512x 512? it will make 1 1024x 1024 document. If you make changes and run Icing it again, it will redo the tiling in 1 1024 document so you don't get document clutter

Version 3.1
-By Request of @malcolm
-Was requested to make it so users can essentially "ctrl F" the script to re run it with the same values. So I added Layer Cake ReBake. Run Layer Cake once to setup values
and then you can just use Layer Cake ReBake from there on out.
Note: If you want to be able to just have it auto half offset all your layers make sure to check the X/Y Half Document by Default in settings.

Version 3.0
Previewing available pre-offset.
-This option comes with the ability to view your incoming offset with either a merged version of all your selected layers
OR
With the TOP most layer in your layer stack (closest to the top of your layer stack obviously

)
-Fixed problem where closing the window via the X wouldn't reset to previous history state.
-Only known problem with previewing is with offset Types other than Wrap Around. The easy enough work around is just toggling preview on and off.
(this will remake the layer and correctly offset it with the "Set Transparent" or "Repeat Edge Pixels" mode. I don't think people use it that often
so I haven't spent too much time tying to fix it.)

Version 2.5.1
Fixed a bug where using the offset X/Y half button didn't work as intended. Should be fixed now.