icegodofhungary
greentooth
Offline / Send Message
icegodofhungary greentooth
Mar 2019
I wanted to make a current/next gen version of Sanctuary from Borderlands 2. I have been at it for about 1.5 months now and need some feedback before I get any further into it. Any critique would be greatly appreciated. This is quite ambitious for someone who doesn't know what they're doing, but I don't have any real time constraints. If it takes me a year, or more, oh well.
First I did some searching on the google, looked around on polycount and artstation, and took some screenshots from Borderlands 1&2 to get some inspiration. Some of it is photographs, concept art, in-game assets, and artwork by others that is unrelated but has the feel I'm looking for. I didn't do a lick of concept art myself, I'm just iterating meshes as I go and using textures from Borderlands 2 to get ideas for detail. 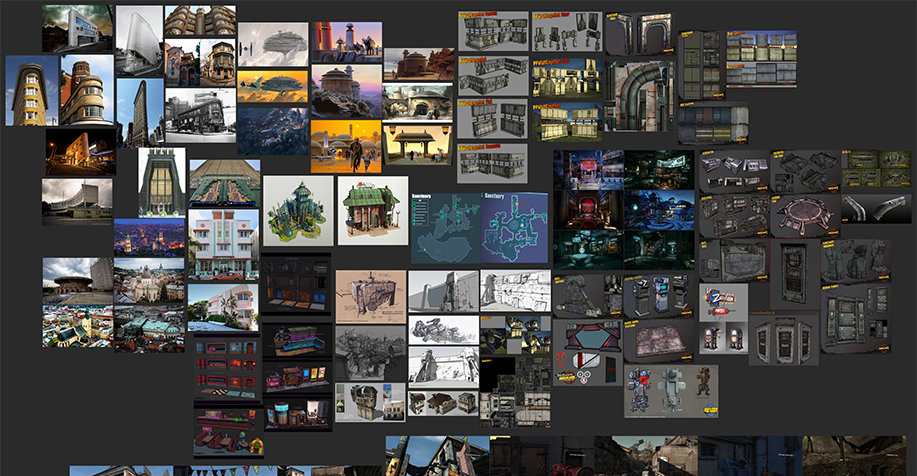 I used a map from the game as a texture on piece of BSP to trace the layout of the city in Unreal. 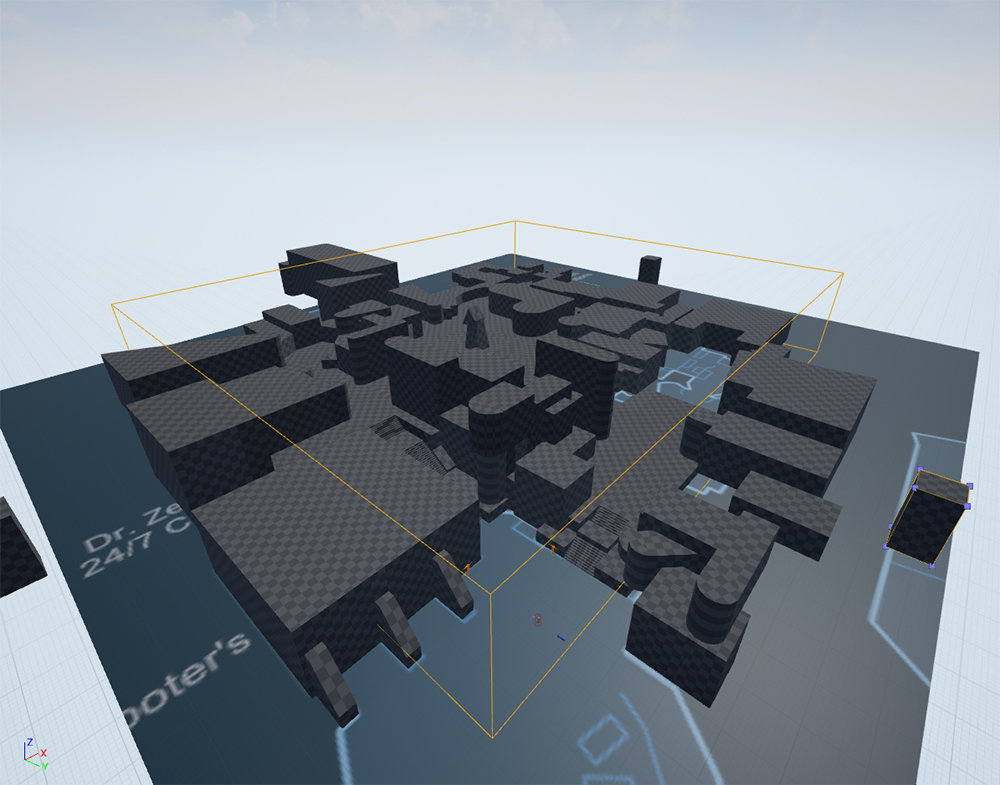 I blocked out the entire thing, even the ground in BSP. I started having slowdowns so I imported a really rough modular mesh kit for my graybox. 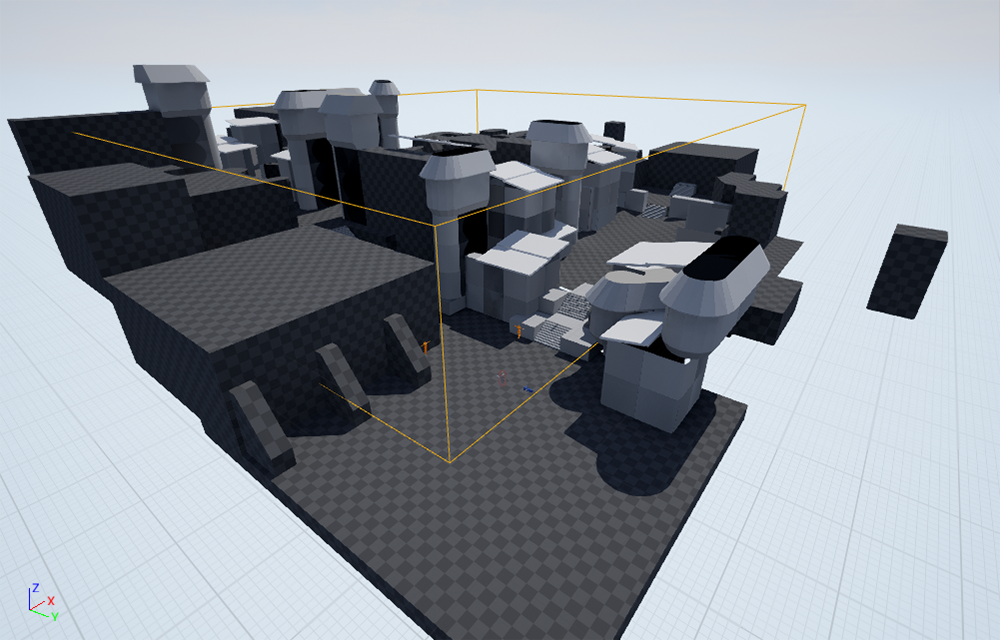 I took a video of my early WIP after the initial graybox was pretty much done. I neglected to take screenshots so I'll skip ahead to about 1 month and 1 week of work. I got tired of my old graybox meshes and made new ones, making them a bit better and little more detailed. Then I made yet another more detailed version with windows/doors to get a feel where everything would lie.

There were a few player-enterable buildings in the game, I kept those. I elaborated on those buildings a bit more. Here is Moxxi's Bar. I added a stage area (that's currently too big) for the people of Sanctuary to entertain themselves.

I added bathrooms because it's a bar. I also added a small kitchen at the back.

This would be the entrance/exit for kitchen staff and it opens up into an area with dumpsters. In the game this is just a dirt lot. Crazy Earl's. I kept getting the urge to go down a detail hole and had to resist going too far on a single piece before the city was fully blocked out to my liking.

This is the alley/path that leads from Marcus' to Earls/Moxxis. It runs behind Pierce Station. 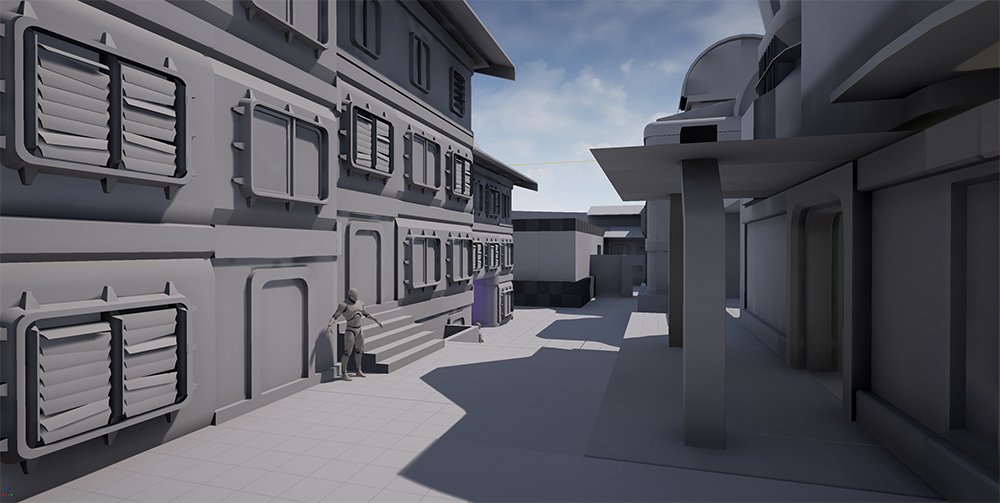 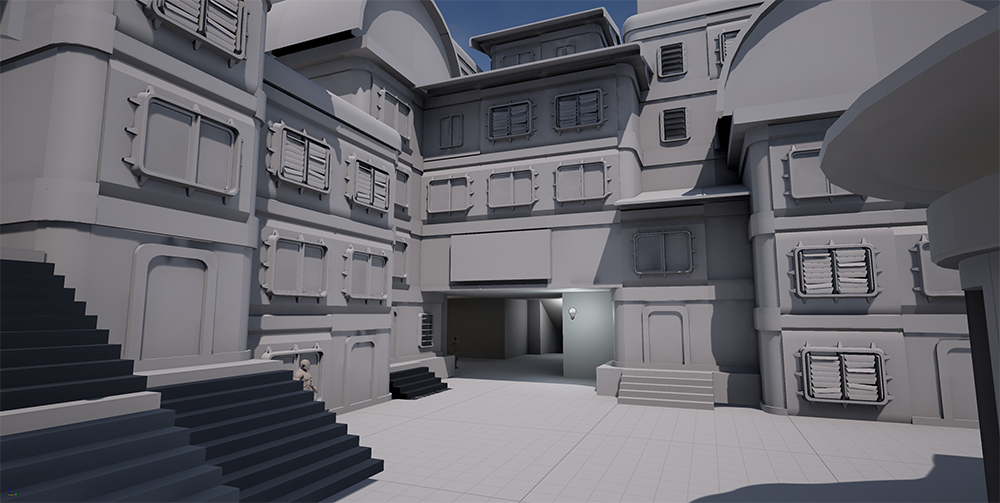 I added a little side path to nowhere that's not in the game. It felt more natural than the stack of buildings I had there initially. 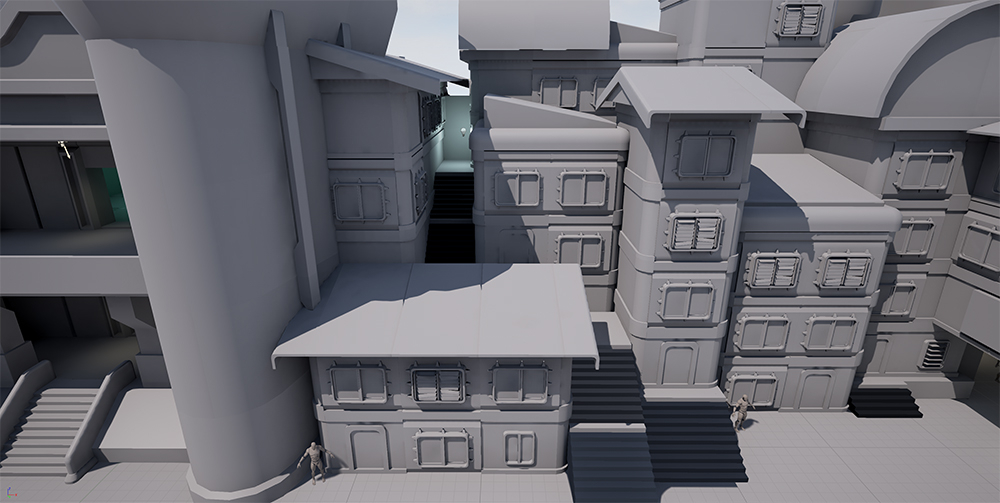 Pierce Station. This is where the player teleports into the city via fast travel. In Borderlands 1 the fast travel system uses big beacons that shoot lasers into the sky. I wanted to bring that back which is why there's a big device thing on top.

In the game, there are curved buildings around the city's center. I wanted to replace these with a market. 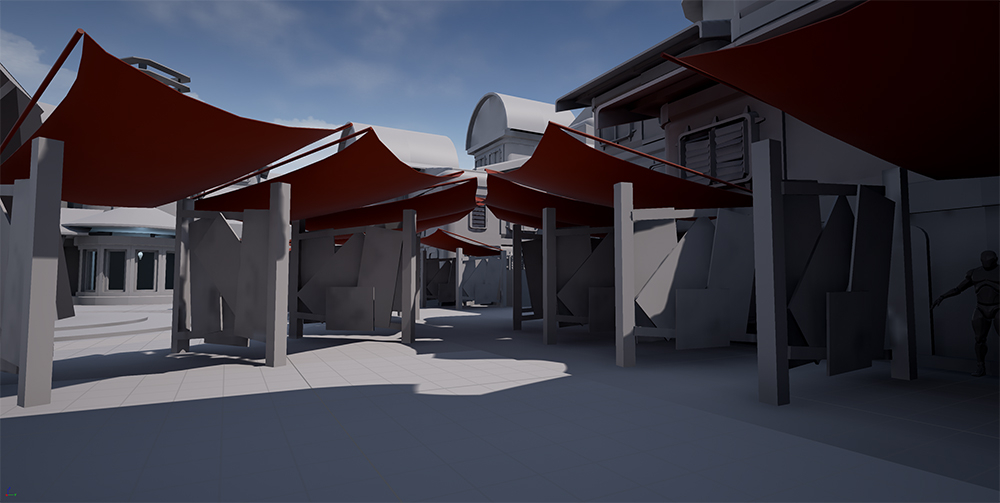 Crimson Raiders Headquarters is a repurposed building. It used to be the town's archives. I decided to adjust the design to reflect that more. So there's large computer consoles along the walls where people can visit and access old Dahl/Sanctuary records. Or just access Pandora's internet.  There will be bunks and stuff for the Crimson Raiders just like in the game as well. 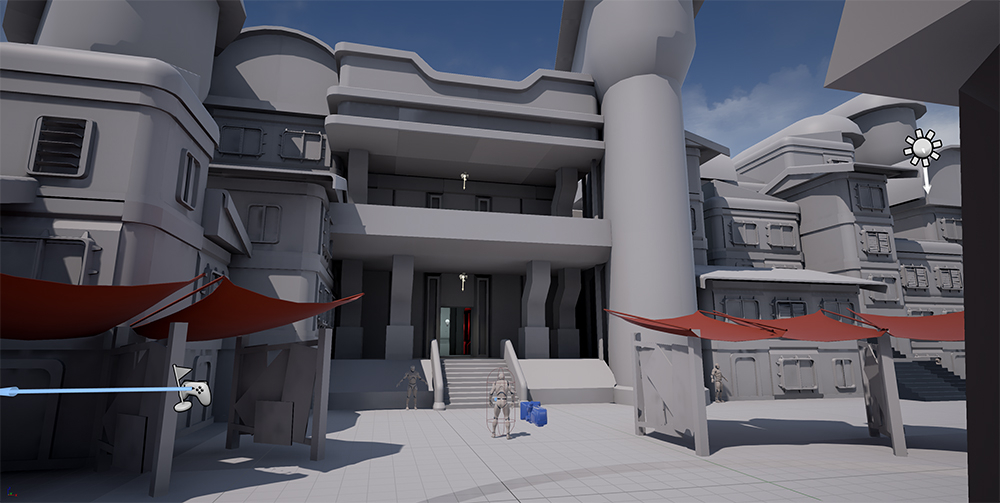 I made an reception / public access area with a service window on the right. In the game this is all tables and stuff, and where Tannis hangs out. 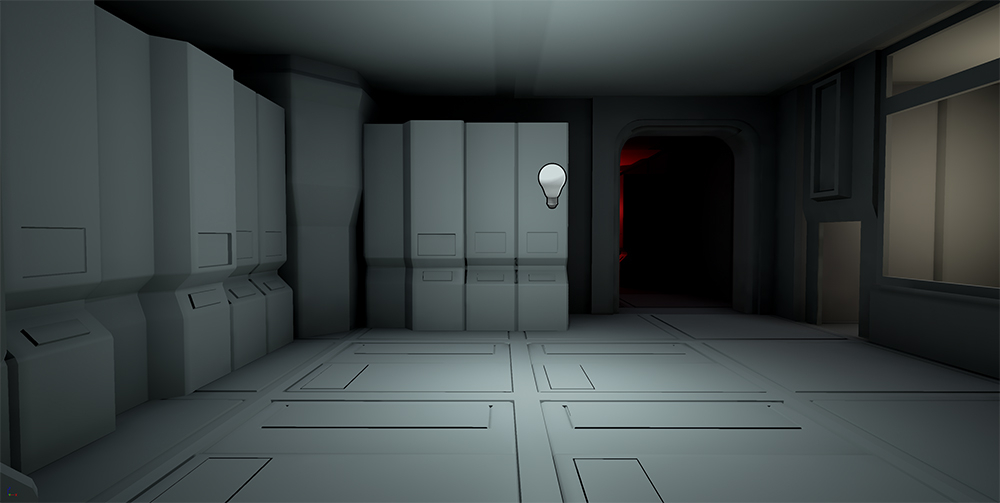 I was trying to match the lighting in the game which is red. There will be missing consoles and in their place there will be washing machines and bunks like in the game. The little door in the back is where Roland's armory is in the game. 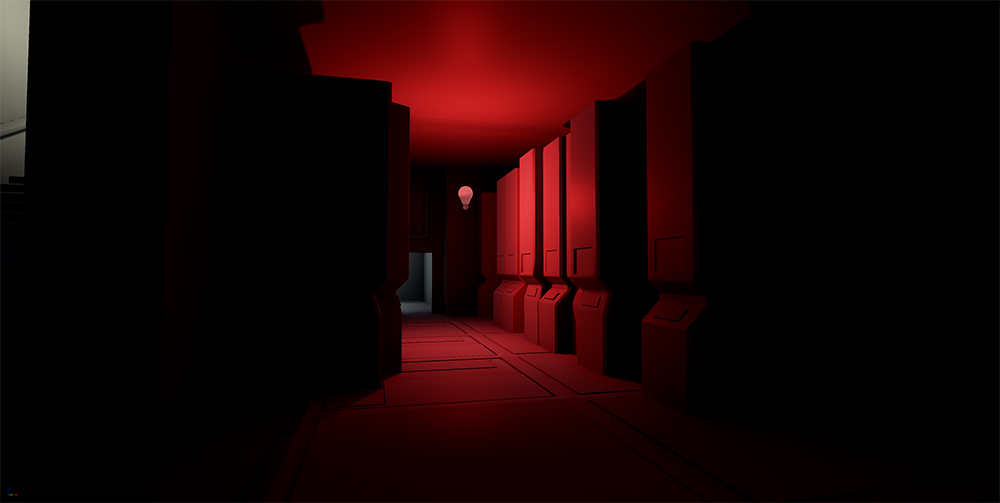 Upstairs. The green room is where all the computers and stuff is in the game. Where the vault hunters hang out. 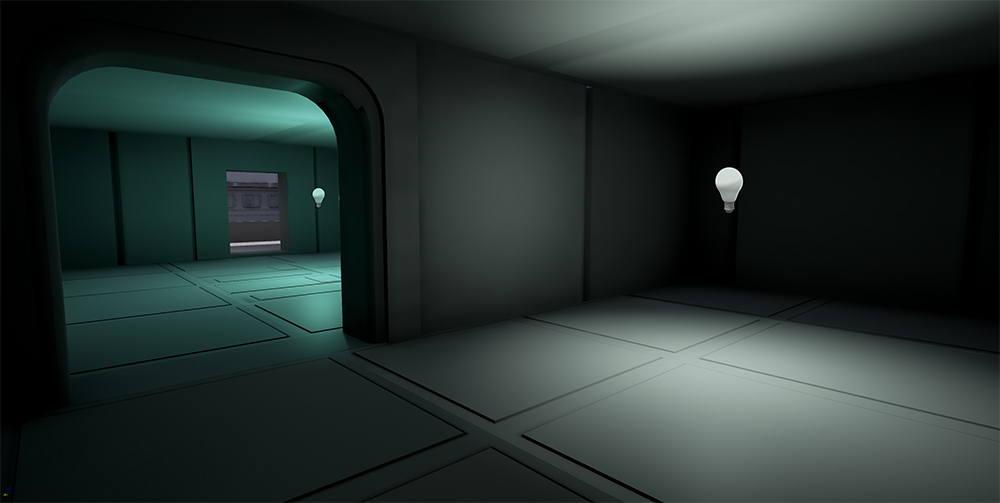 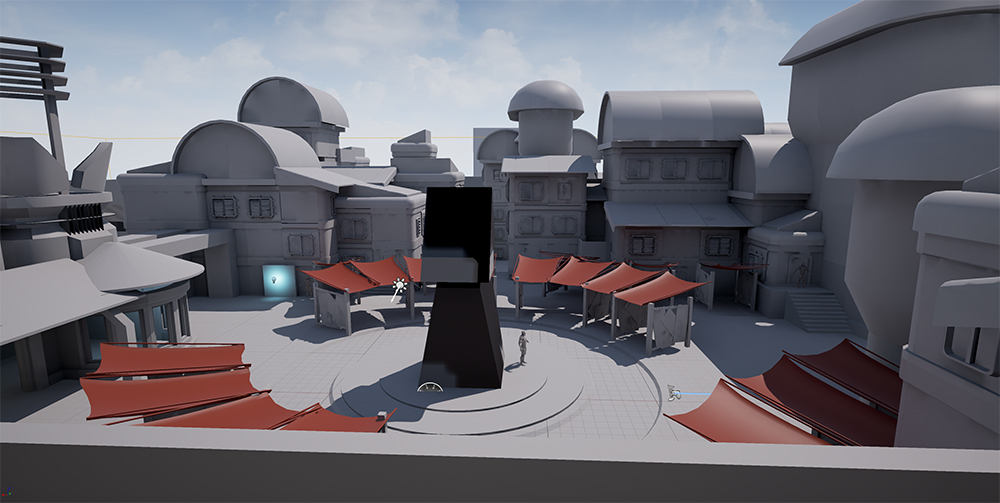 Here are the modular pieces for this building 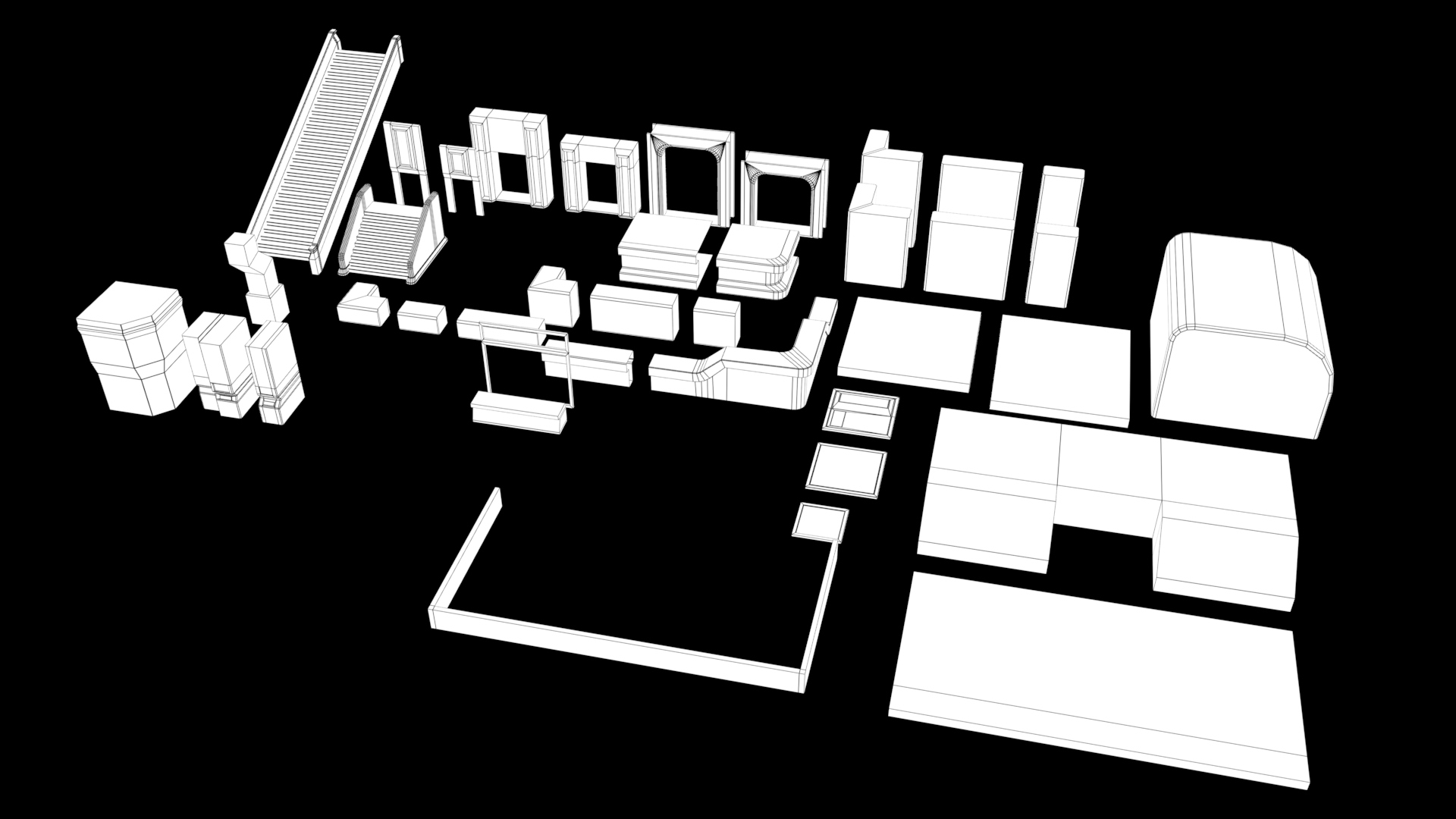 This is around the corner from CRHQ, past Claptrap's hovel and near Zed's Clinic. In the game it's where the city broke away from the ground and there's some rubble and broken concrete there. I decided to add some destructed buildings to close off the area to the player and add some variety. 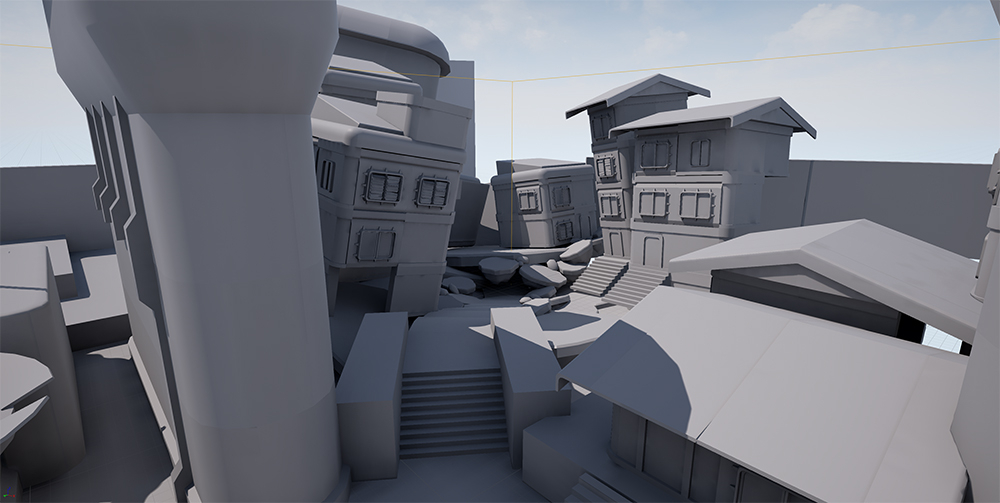 Zed's Clinic. Still a WIP. This building has given me more trouble than the others. I added a Buzzard helipad so Zed can airlift in critical patients. The alley on the left wasn't accessible in-game. So I opened it up to lead to some apartments in the back. 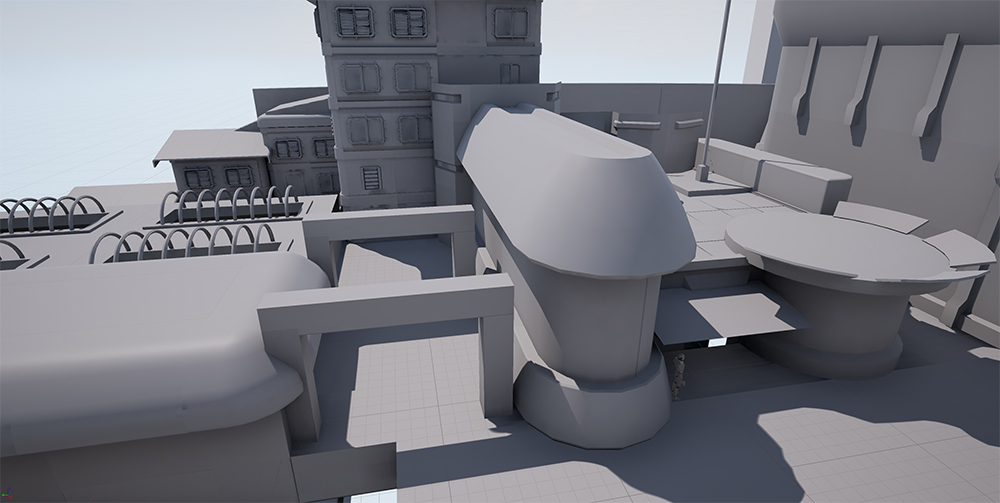 Now we're at Scooter's Garage. I made a more detailed modular kit for it over the past two nights so it looks different than the above screenshot. 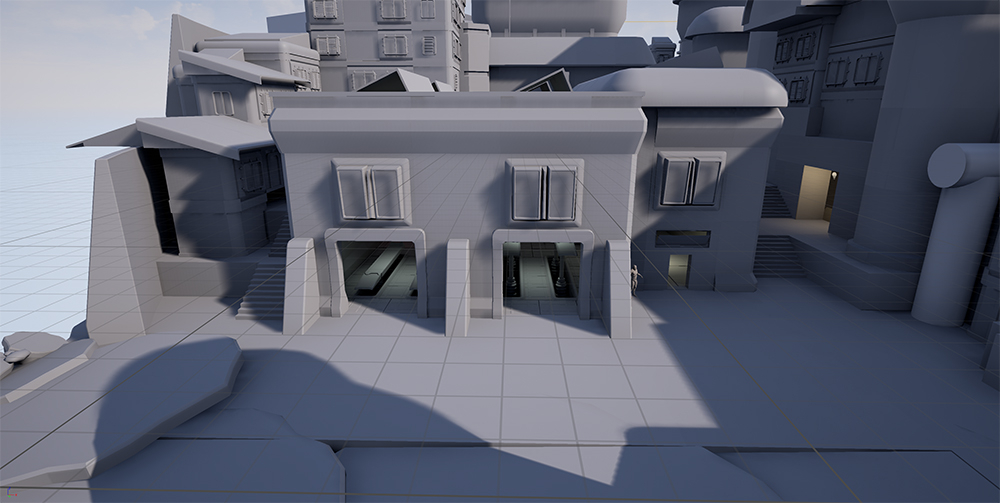 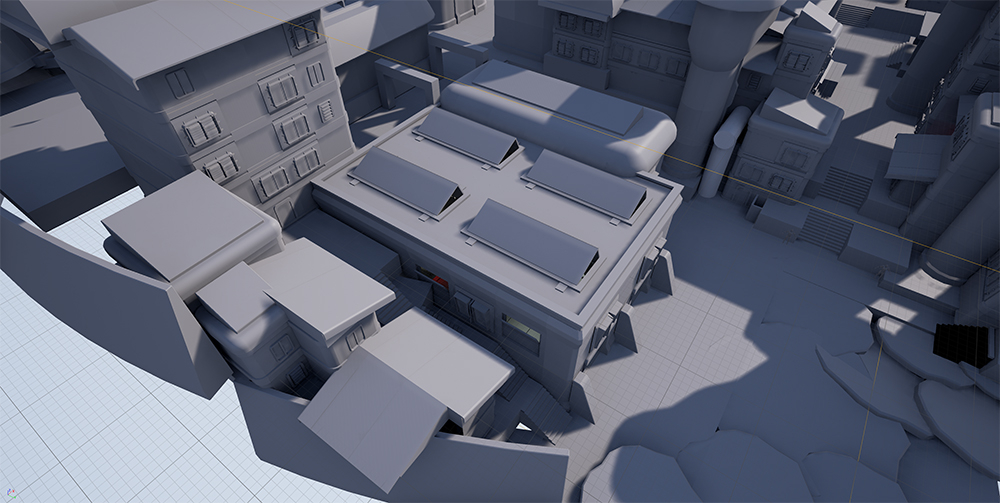 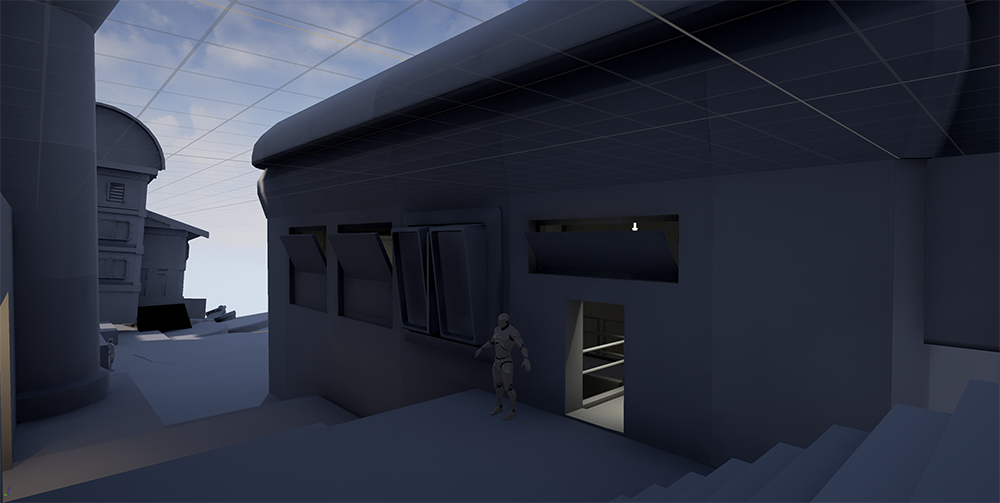 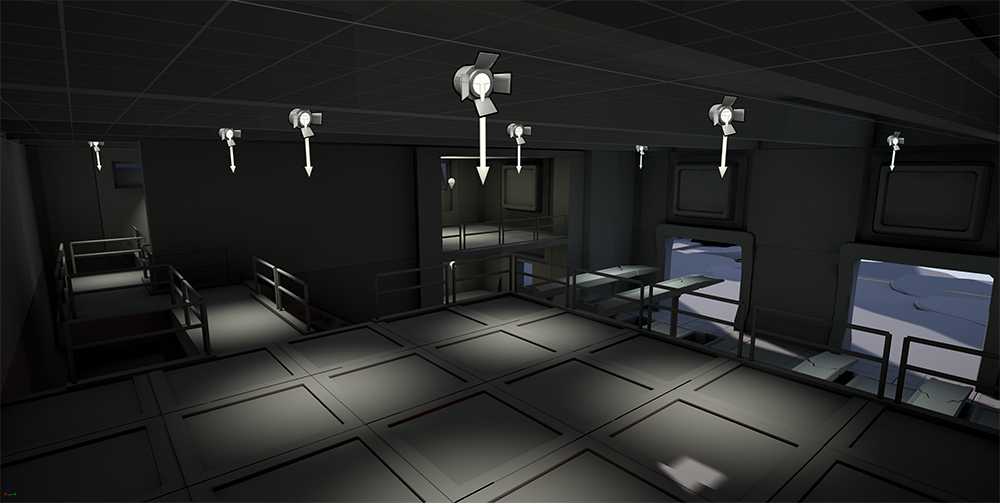 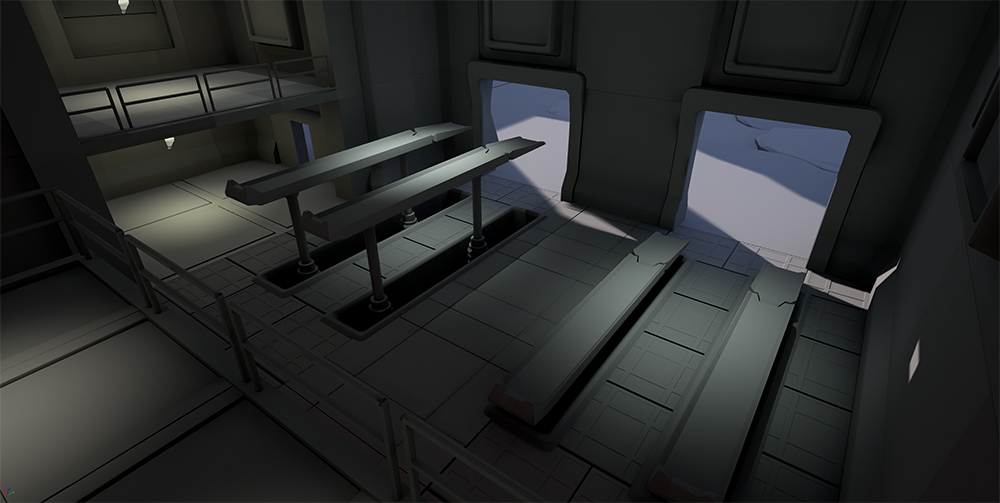 I added a little 2 level living area for Scooter. One level will be like a 70s basement of a hotrod enthusiast. The other will be a dingy kitchen/eating area. 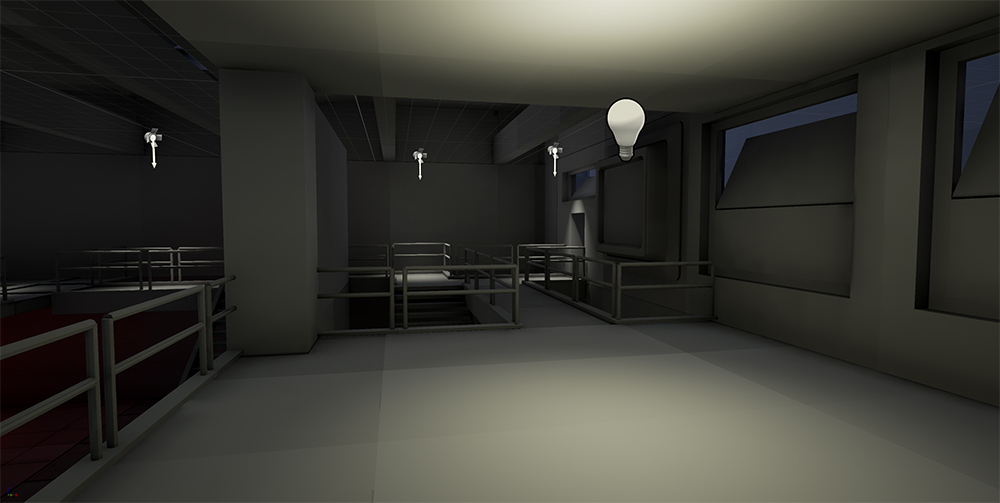 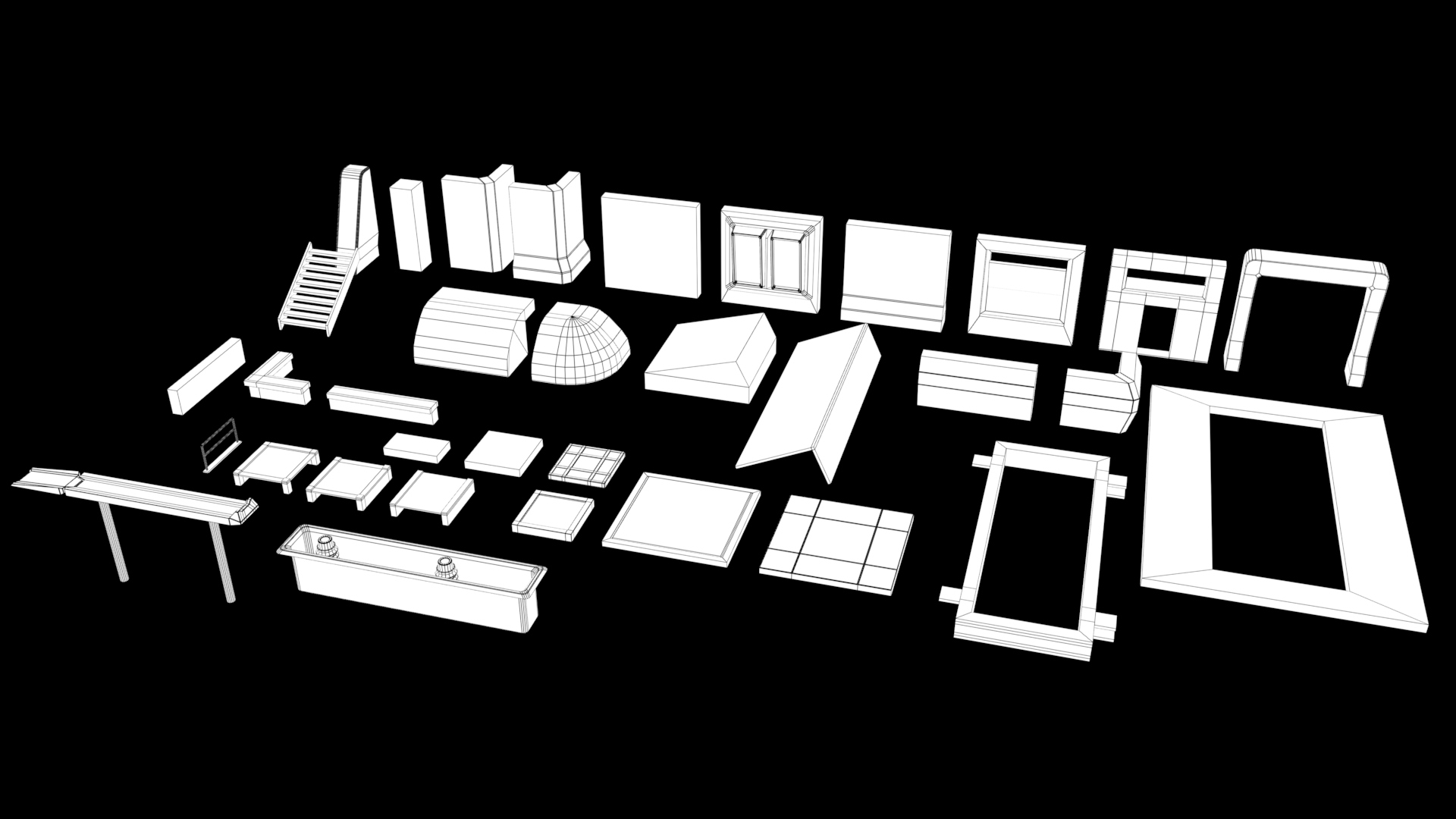 I also wanted the city to have some small alleys and shortcut paths like real cities. This tunnel runs from outside Scooters to a larger alley not too far away. I wanted to show that buildings were built on top of older buildings. So this will be a dark and dilapidated area with mood lighting. 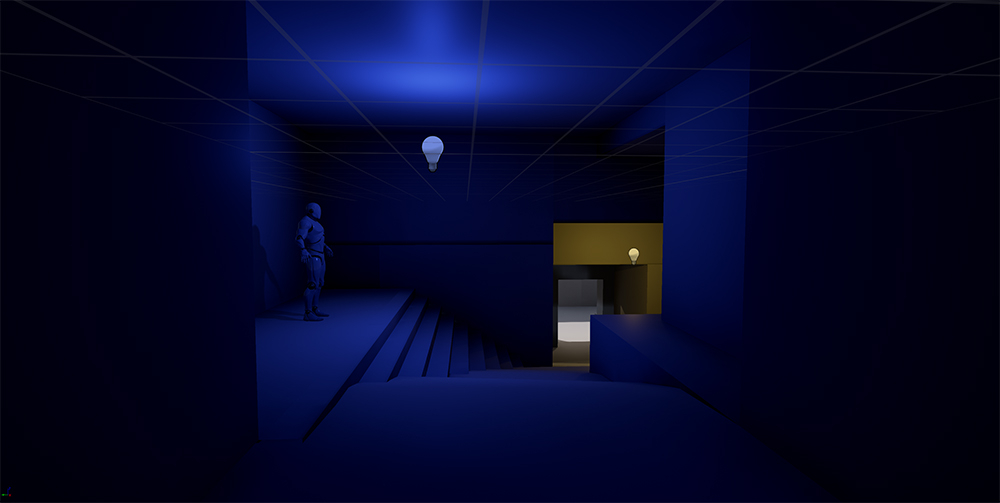 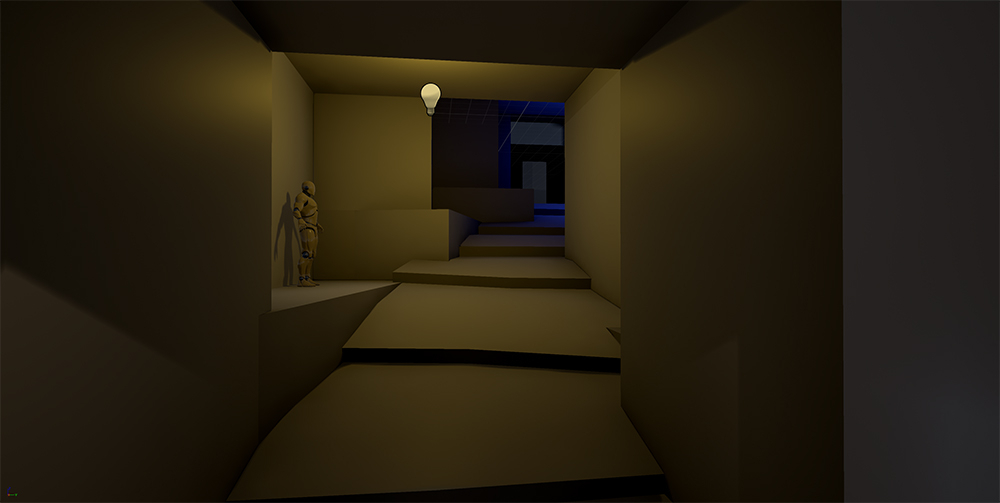 This is the way back to Moxxi's bar.  We've come full circle. 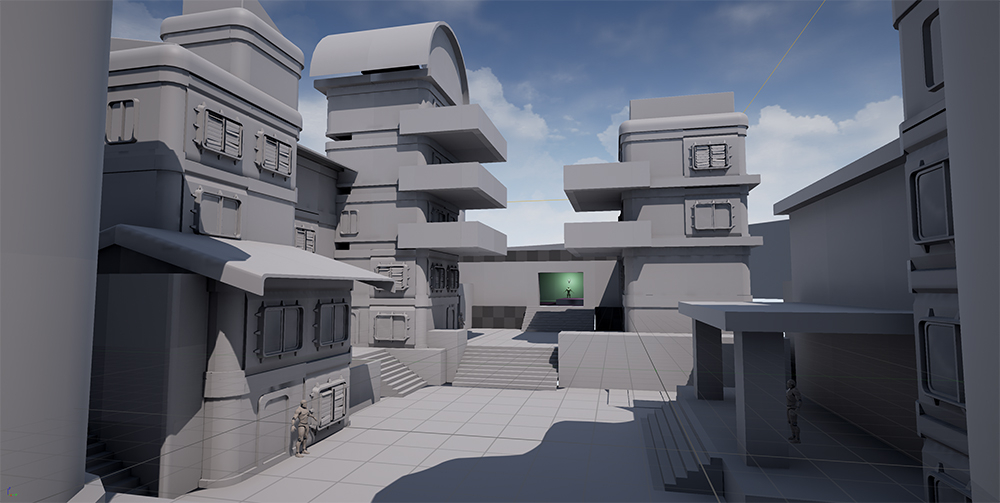 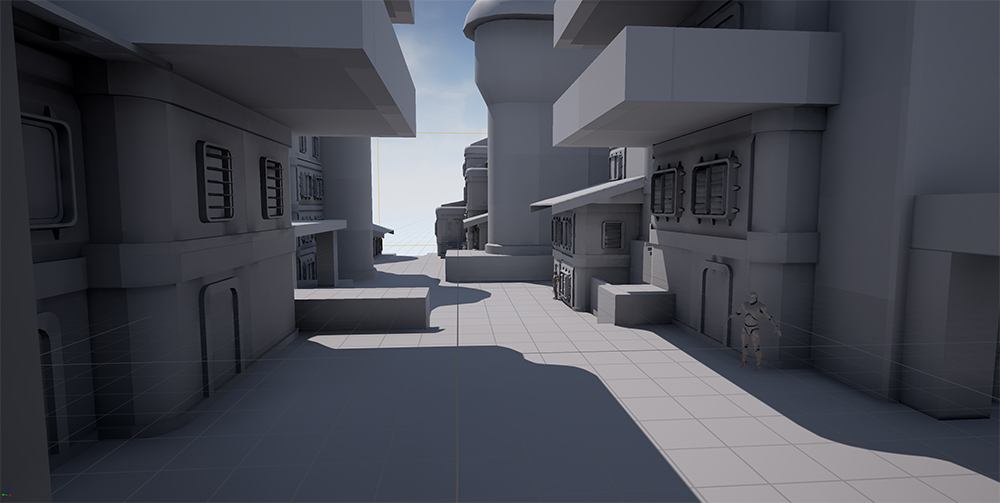 Most recent overall shots of the city. I'm adding a wall. The giant boxes are the legs of the city. I added broken concrete meshes where it broke off from the ground. 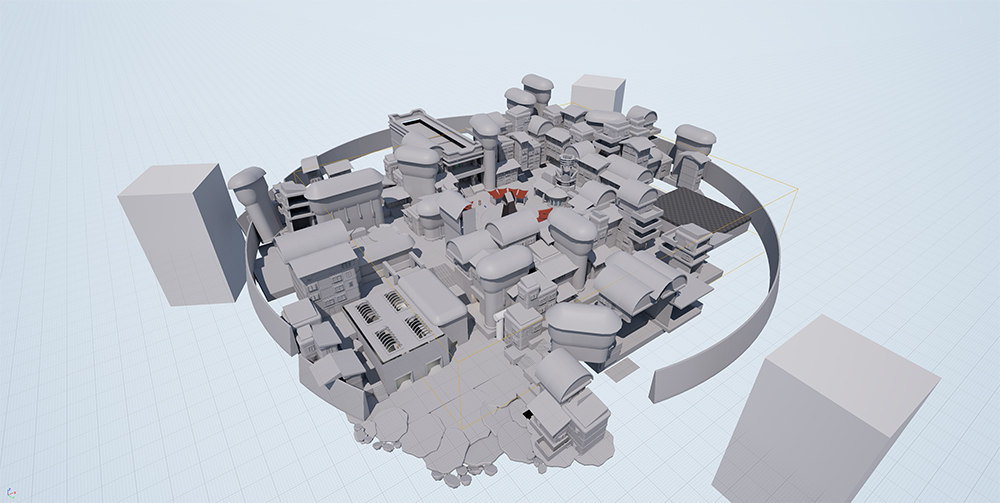 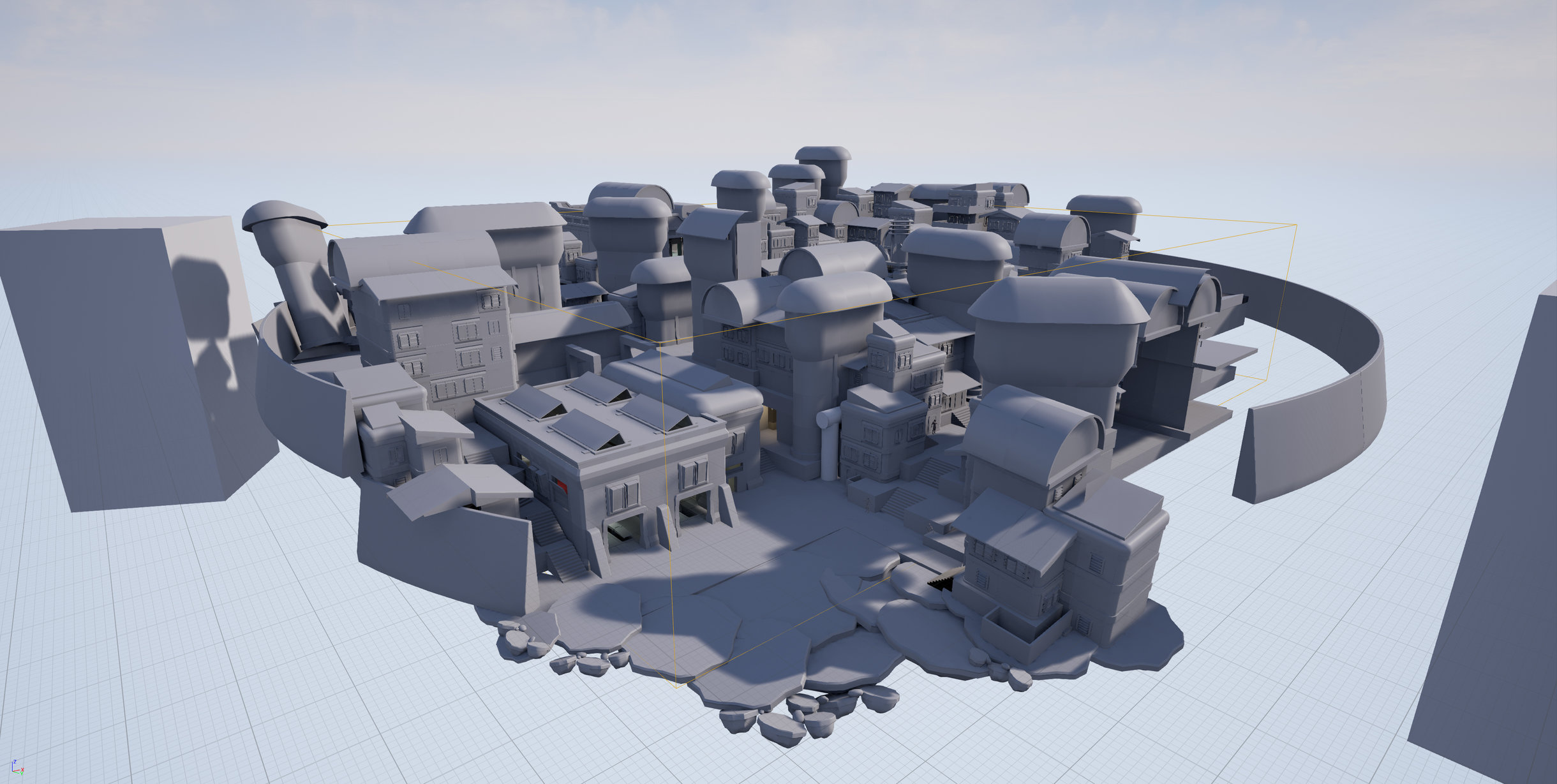 Here is a concept (not mine) of what the mining ship looks like that Sanctuary is built on so you get the idea
Here is my modular kit for the overall city. 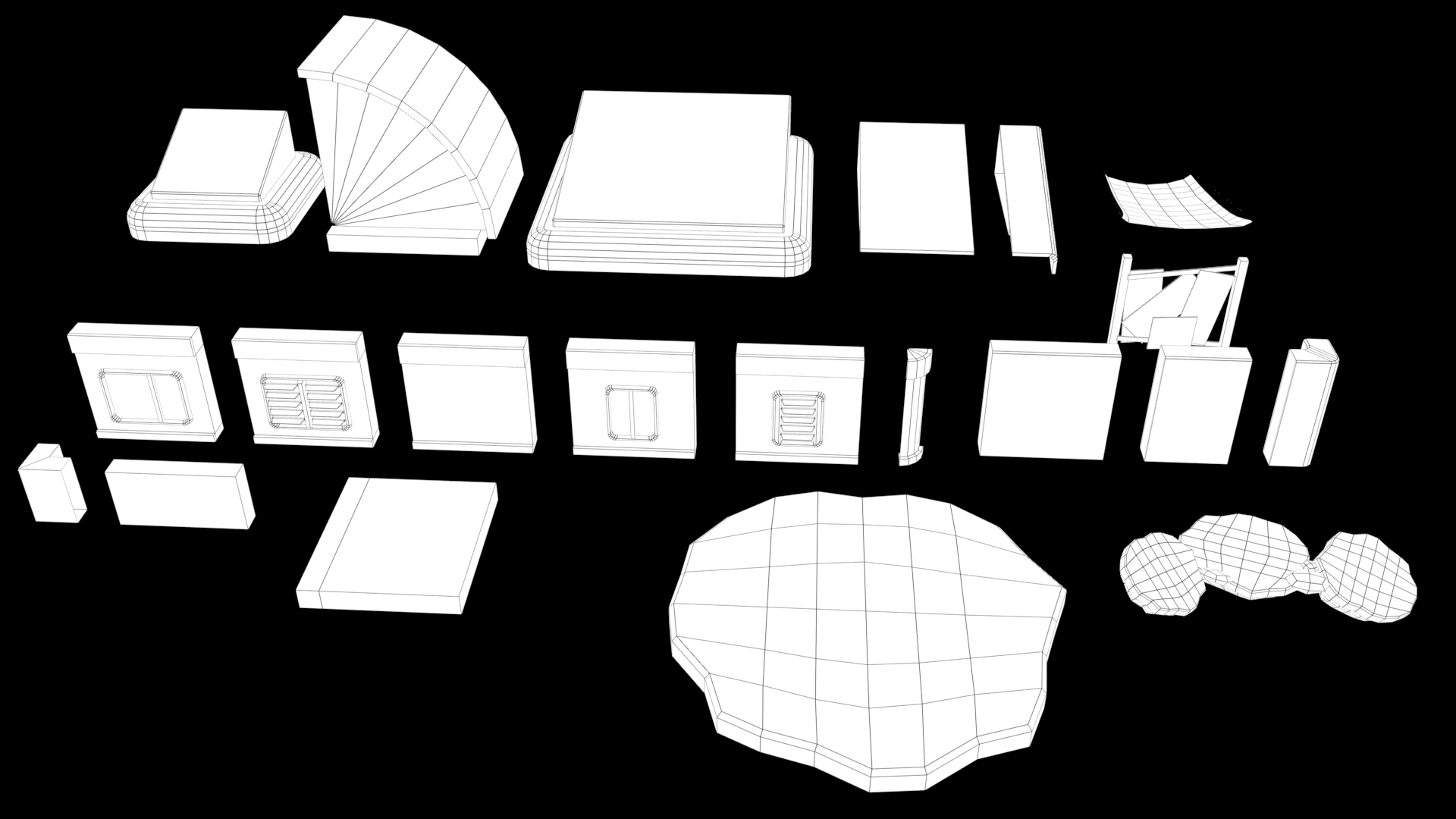 Thanks for looking and any tips you can provide.