Let's talk money. What are the best ways of making BIG money in 3D? 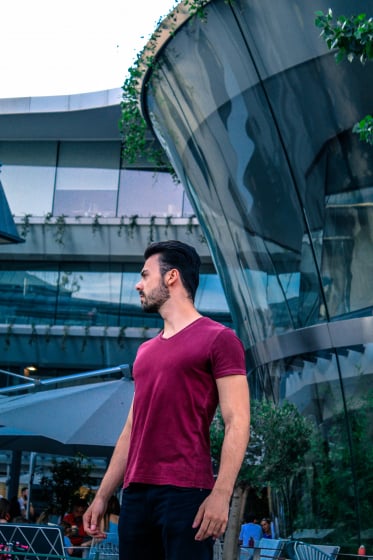 So I've been doing 3D for a lot of time, around 10 years now. I've always worked by freelancing, never did I get a real job (I mean the one where you have to be at the office at X am and leave at Y pm). Now I'm wondering what would the specific areas in the 3D industry be that bring in the big money. Now I'm not talking about the biggest game companies and other related stuff like this, they obviously earn the big bucks. I'm more wondering of what is the area someone can start a business by himself and get it into making really big money.

The problem I'm facing is that it seems impossible to me to start by yourself on one area of the 3D industry and build that into making really good money. I'm looking at different kinds of smaller businesses in the 3D industry and I honestly don't think they make as much as I'd be dreaming of making with a business like that.
To be more precise, I don't mean earning just a few thousands dollars a month, I can make $8,000/month by myself, but that's not the big money I'm talking about. I'm talking about the kind of money that will turn you into a millionaire, I'm talking at least $30,000 - $50,000/month in profits.


From where I'm standing, it seems pretty impossible to build a business in the 3D industry that makes that much and is also very sustainable, not just a temporary hit.

-  Selling assets on marketplaces won't get you that kind of money, I'm sure. I'm selling some on different marketplaces and other than a few hundred dollars a month there's not much else. Perhaps just the best in the business get to earn money like I mentioned (i.e. companies like Quixel maybe, but you need serious capital to start something like that)

-  Doing freelance work... well that's just limited by how much you can work. I tried expanding and building a proper business with employees on this aspect of my income sources, but it's definitely difficult because I don't do just one type of jobs, so it becomes so much harder to employ someone who'd turn out to be profitable. What I mean by this: I earn money doing freelance, but I'm doing so many different things, that I cannot just employ a single person to help me with that part. I freelance doing video game art, game programming, film VFX, motion graphics, medical animations, archivz, and pretty much anything that could be done with 3D. I can only employ a person that does ONLY one of these things well, and that won't turn out to be profitable, because taking the money I make from only one of those wouldn't be enough to pay the needed salary and also make profit.
And finding someone who'd be able to do all those things, well he'd just ask for a huge salary... which he should if he has all those skills. And that won't be profitable either.

-  Getting an actual job, that's also a no. You can only earn as much as your boss is willing to give you (not even taking in account the fact that having a job and being told what to work on is shit), and even a 6 figure salary wouldn't be the type of money I'm referring to.


So the only thing I see as doable, is making enough money in this industry that you can then invest into something else that'll be able to produce the huge amounts of money I'm talking about. As in, save up like $50,000 every year and invest these money into stocks, or start any other unrelated business and so on.

What are your thoughts on this, guys? I'm especially asking those who'd thought about getting rich off of this industry. What's your take on the whole possibility of doing it within the 3D industry alone?
I'm really interested in finding out how much do companies such as Quixel and perhaps Poliigon make with their stores, cause that's the most affordable type of business I think one could make in this industry.
0 · Share on FacebookShare on Twitter
Tagged: