Author: renanfab
Home› Technical Talk
Automatic "Save Draft" has been disabled temporarily. This means comments are not being auto-saved as you type.

Po_F
Offline / Send Message
Po_F
Jul 2021
Hi everyone, I hope you're having a great day so far.

I'll start off by saying that I'm kind of new to this field but it has been giving me great satisfactions! It has been a couple of weeks that I have been trying out Blender 2.93 mainly for modeling and sims and I've got to say that I love it, it's UX is fun and straightforward, but so far I have never had the chance to try out the sculpting function as I learned zB first, and I have got to say that the workflow seemed to be a bit different between the two softwares; so here's my question in merit:
I'm sculpting this buff angry dude who like to skip leg day from a base mesh, and I reached around 13 mil faces on the highpoly by remeshing the dyntopo version. Even though I am experiencing a bit of lag it is still workable and the level of detail that I can reach on the body is sufficient aplenty, but unluckily on its face mainly the eyelids, the resolution is not enough. I tried using dyntopo again to get the level of detail that I needed (thinking it might have worked like the sculptris function in zB) but Blender just froze so I guess that might not be the ideal workflow, I also tried the multires modifier but as I reached more than 26 mil the software understandably crashed.
I thought that maybe I might try to skinwrap a low poly with a multires and add the details there, even if it would be a lenghty solution timewise I'd already have the lowpoly.
What do you think I should do?
Thank you in advance 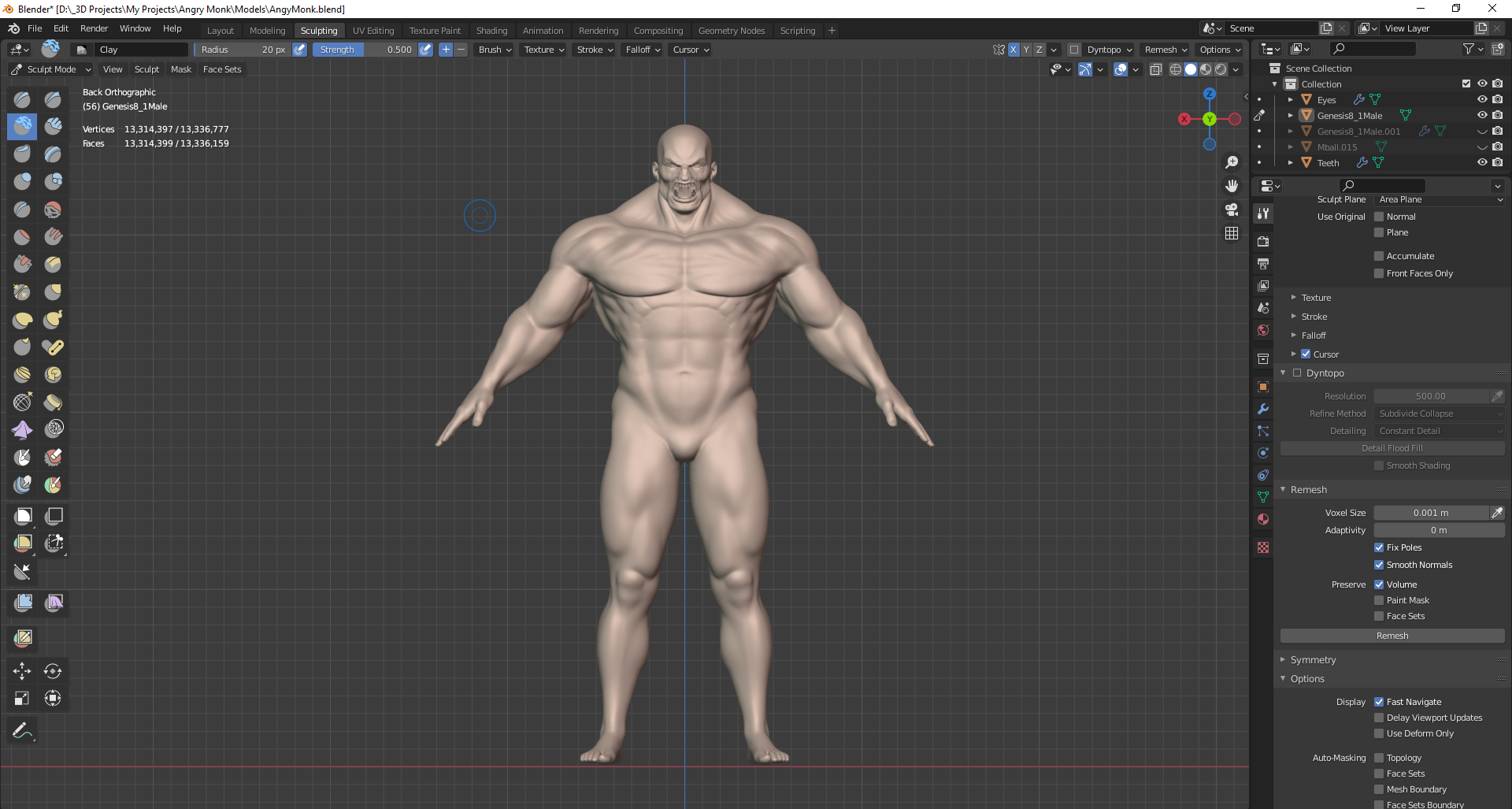 Face detail: The resolution is good enough to sculpt the main and secondary volumes but when sculpting the detail the polys get all wonky like on the eyelids. 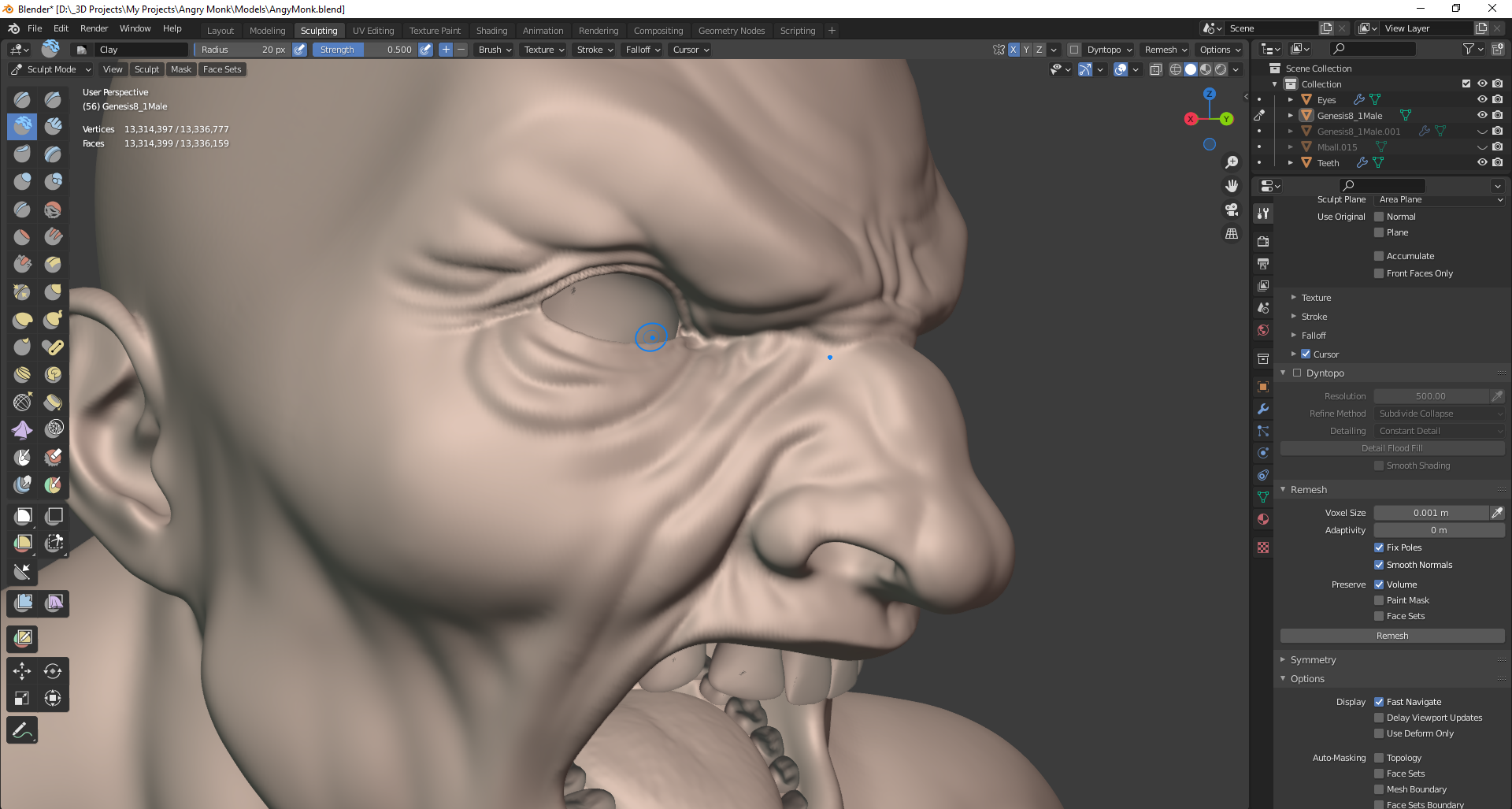