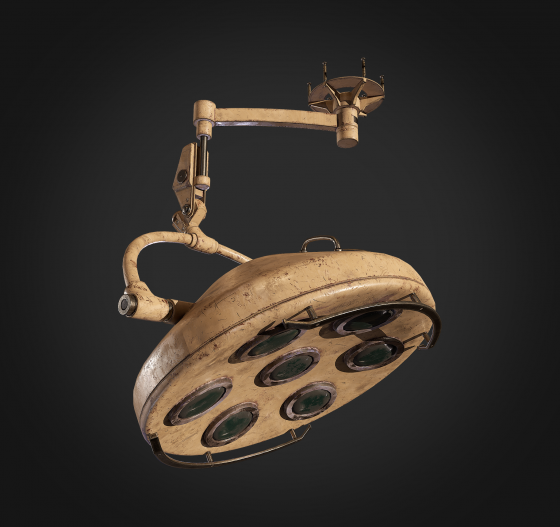 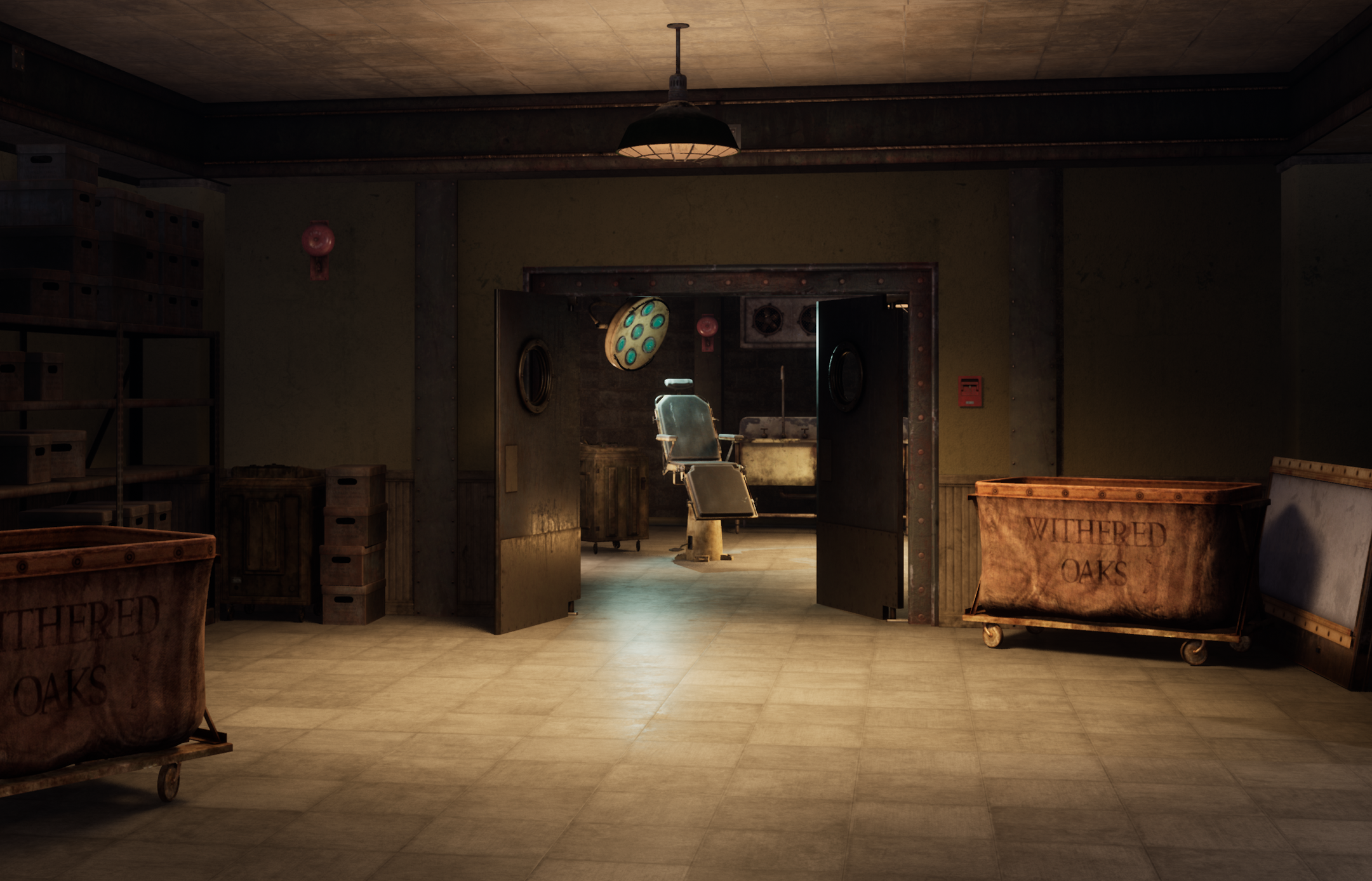 This is very rough, and very preliminary. I've been working on this project for awhile, and I wanted to get some input from the community while I'm working on some other assets. I'd like to hear opinions about everything. Trying to find the best way to compose the scene and make it appealing and interesting.

I'm currently modeling a wheelchair and would like to add some medical blinds tables/trays IV stands etc. Possibly a fuse box. I'll likely get rid of the shelf and boxes and place a boarded up window. The theme is basically an abandoned asylum that someone restored power to it and is up to no good in the wee hours of the morning. I'd like to try to add other things that help sell that story.

I'm trying to get a job in the industry and I just want to make sure my portfolio is up to snuff.
0 · Share on FacebookShare on Twitter
Tagged: