Author: valentin_baguirov
Home› 3D Art Showcase & Critiques
Automatic "Save Draft" has been disabled temporarily. This means comments are not being auto-saved as you type. 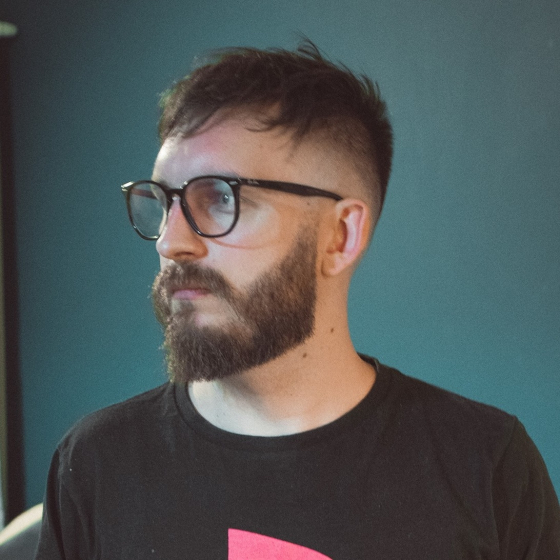 I’m Victor Ullmann and I’m an environment artist from Curitiba, Brazil. I'm a huge fan of old sci-fi movies like Alien, 2001: A Space Odyssey, Star Wars, etc. (I think almost everybody here sticks with me ahahhahah) and I want to improve my 3D modeling skills so I think a Sci-fi theme is a great opportunity to challenge myself as an artist.

Right now I’m on a mentorship program with Thiago Klafke (Sr Environment Artist at Blizzard) and he showed me some techniques that help to bring the creativity to think on a background history to my environment. Here’s the background of my environment:

Planet Earth is scarce of natural resources, all seas, oceans, rivers and springs have been contaminated. The human being has been trying to restore life on earth for hundreds of years, but without success. For 200 years, man has explored the universe, the human race is spread over several planets. The largest population is found on the planet CLD-786K, a planet that is constantly cloudy and with toxic soil. Due to this situation, a thick rain fell across the planet twice a day, a day that lasts 35 hours on Earth. Scientists have managed to find on this planet a special element that manages to transform this rain into drinking water for human consumption. As the soil is toxic, the structures are all high up hundreds of meters from the ground, there are gigantic structures on this planet that act as rain collectors “The Collectors” and below them there is a dome where the population lives. Every day when the rain falls, it is celebrated by humans as something divine, like the mercy of God. There are celebrations and temples exalting the divine rain. Treated water is transported throughout the universe to planets with humans and other humanoid races so many military bases exist to protect the planet and also the spaceports that make the distribution of water. “

For the blockout phase I came up with different ideas, like a huge water cathedral, an outpost that manages the water distribution, but on my final blockout I decided to come with a part of the city that has a stream of water that came from the dam that treats the water from the rain.

Here’s the mood board for this project, some images of the blockout made with Unreal 4 and a WIP Trim Sheet that helps me with the style of sci-fi that I want to achieve. 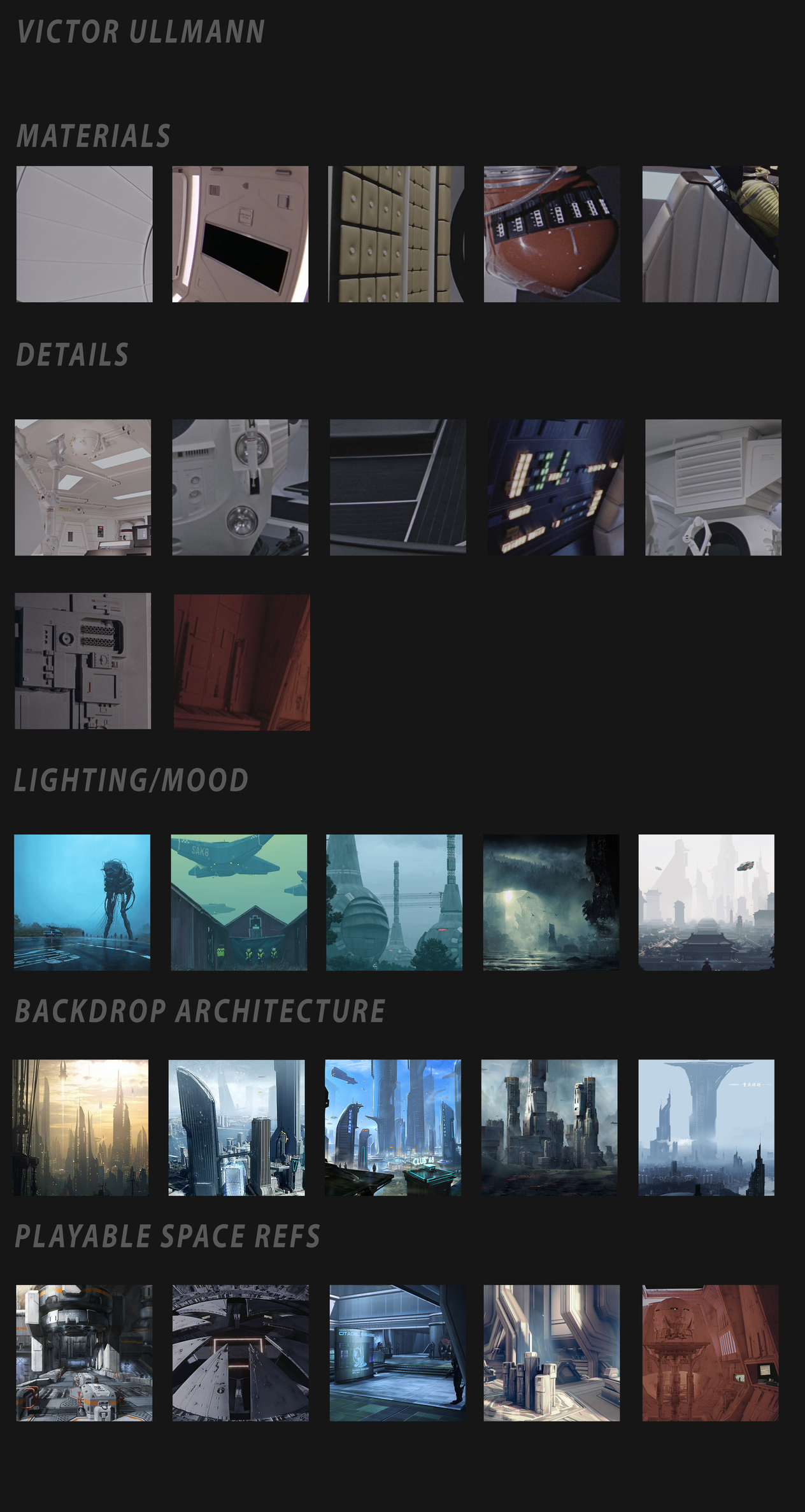 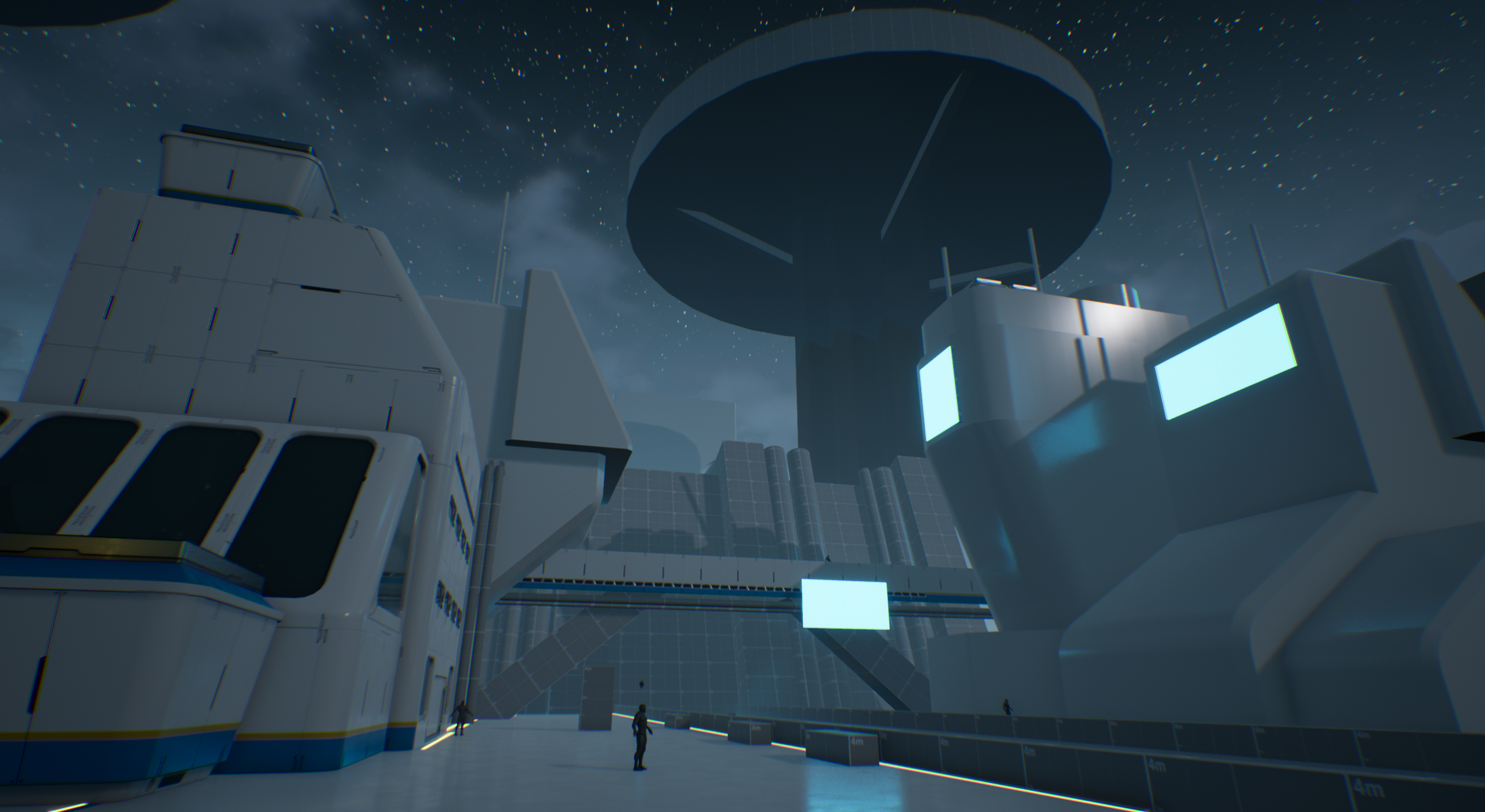 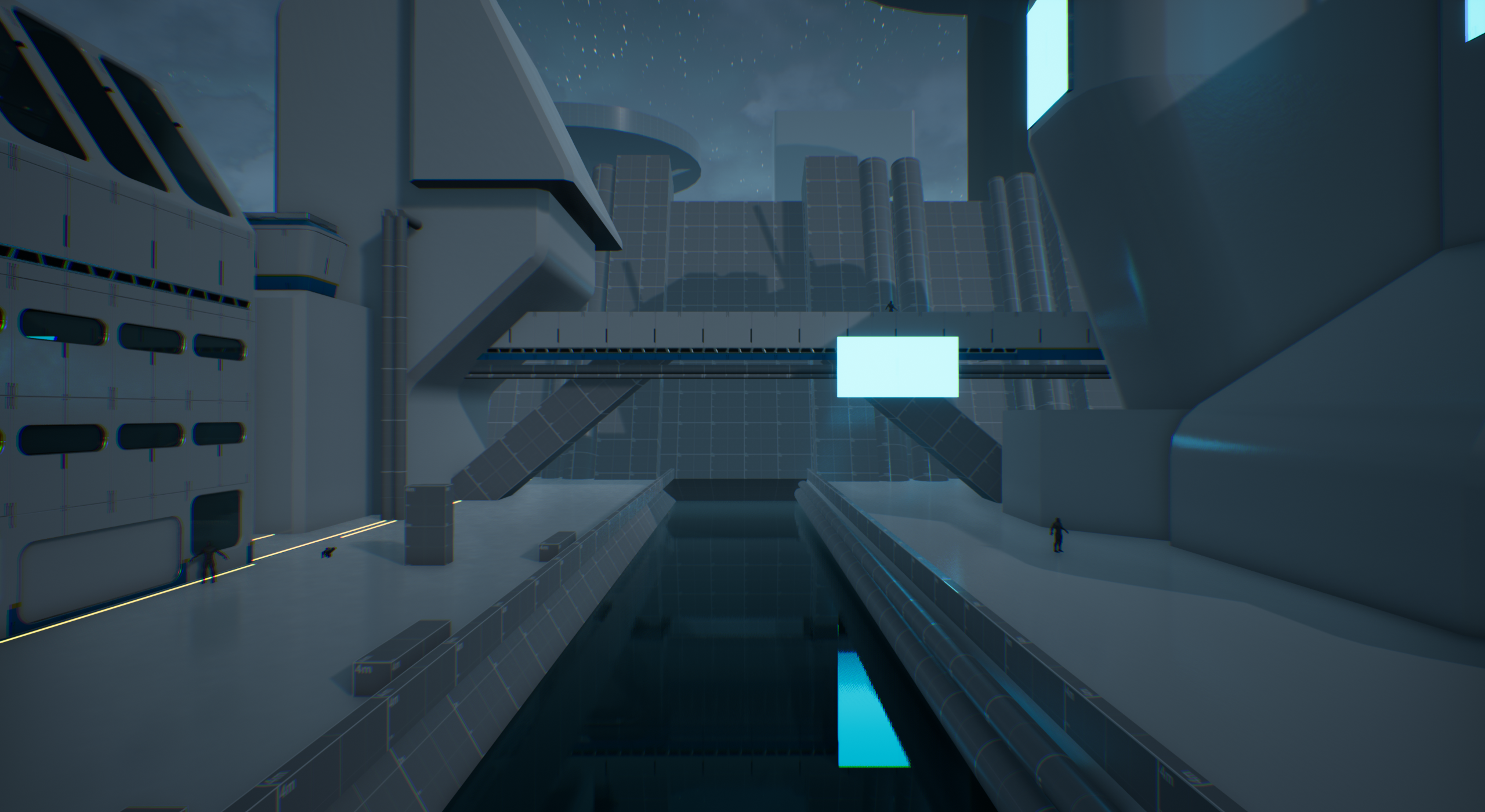 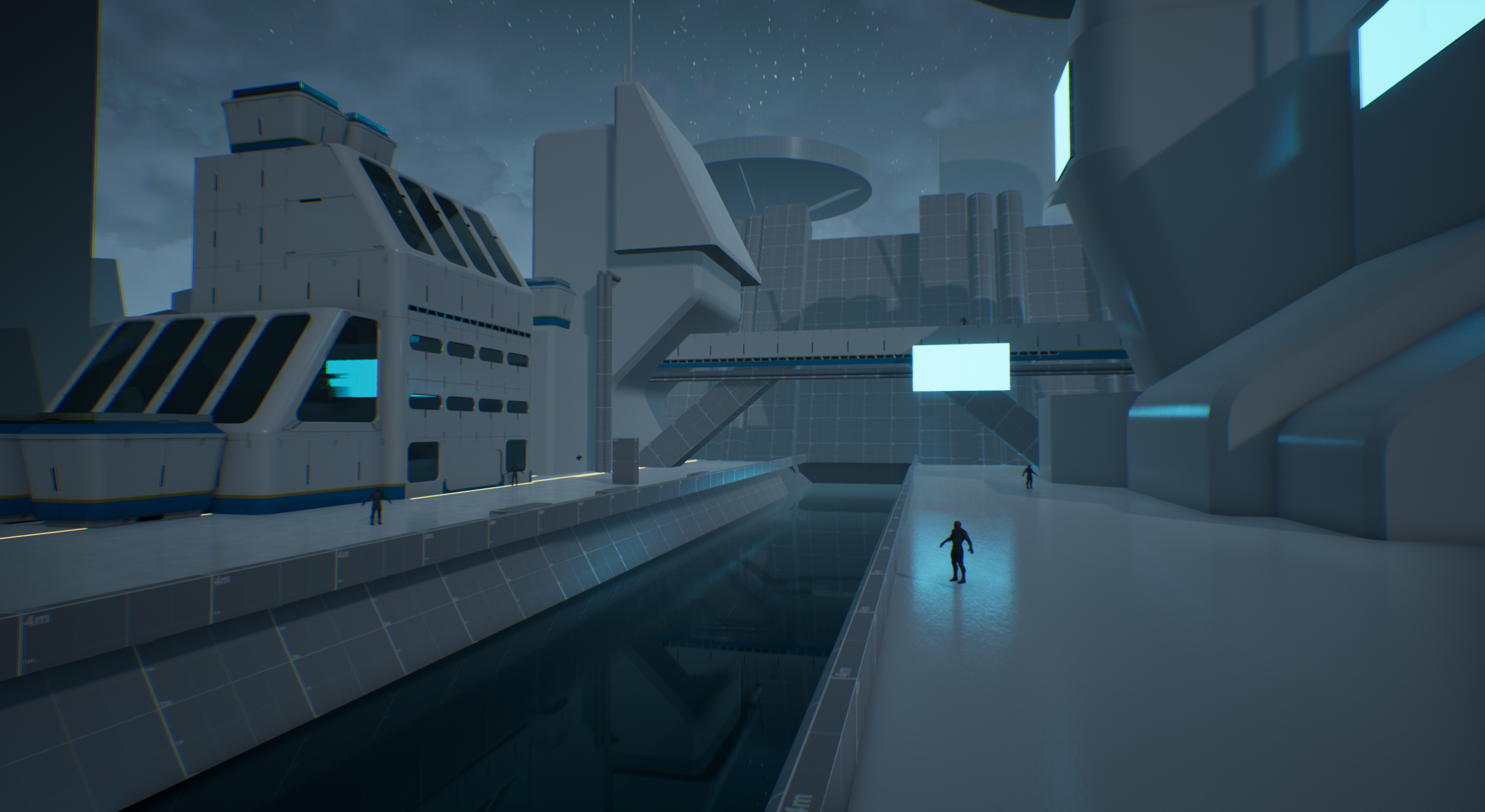 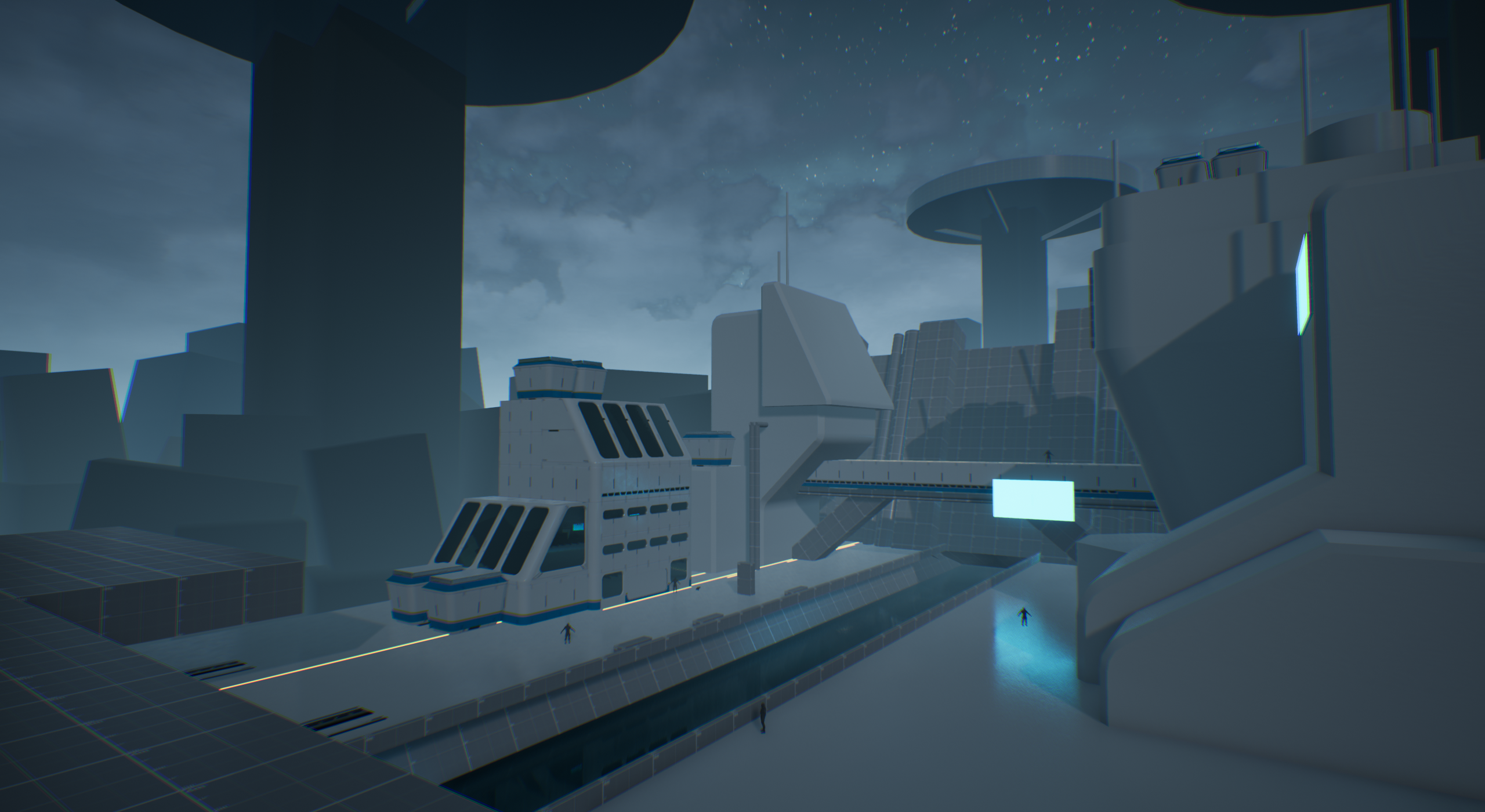 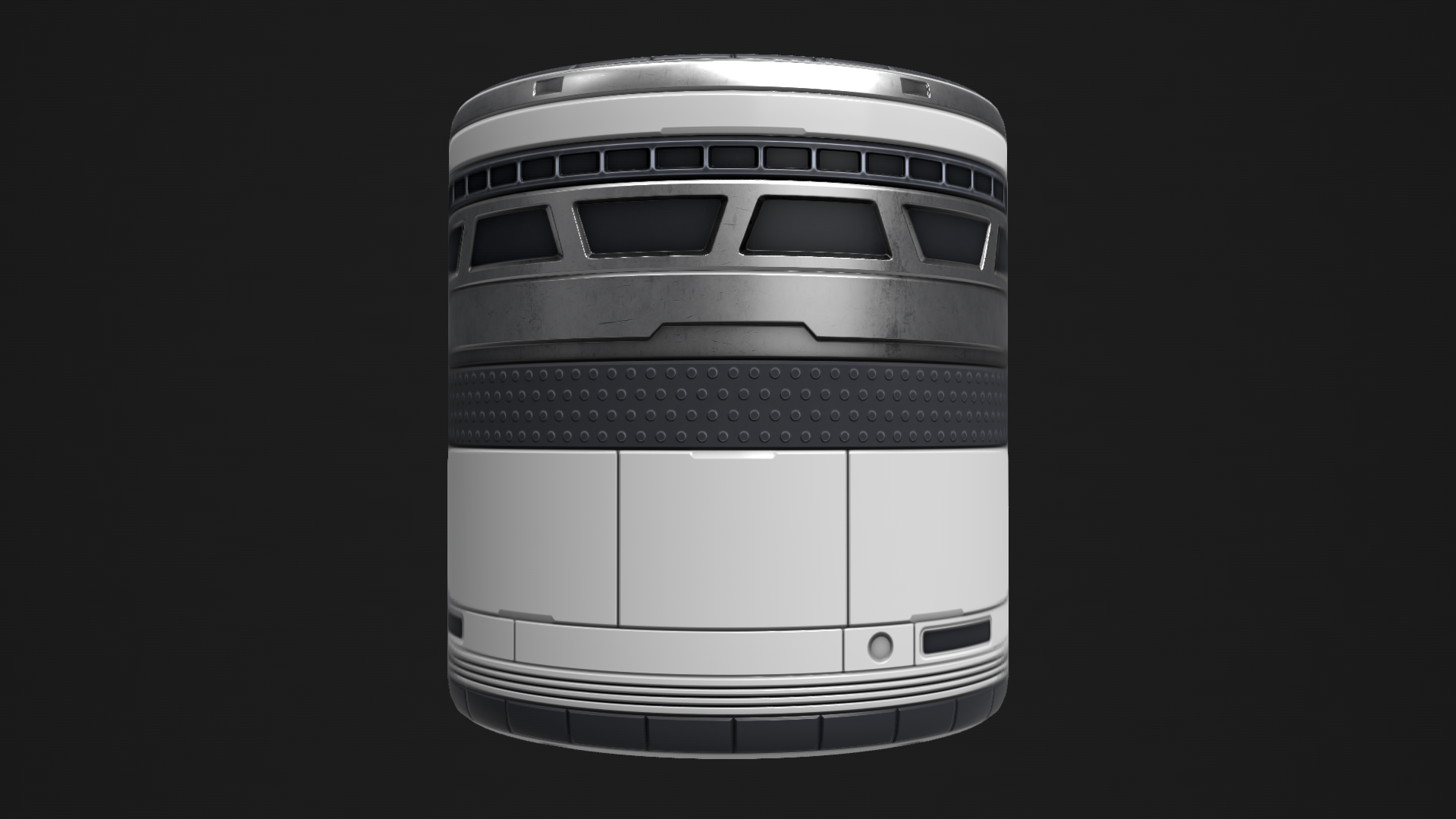