CyberdemoN_1542
null
Offline / Send Message
CyberdemoN_1542 null
Dec 2019
Hello everyone. So I know the basics about UV unwrapping. I make smoothing groups, then add seams based on those, unwrap and use an unpacker to maximize the texel density. I am a hard surface modeler so I often have lots of symmetrical geometry to which I make overlapping islands to maximize the texel density. So I know the basics but now I think it is the time to expand my UV knowledge. This is the gun I am working on. 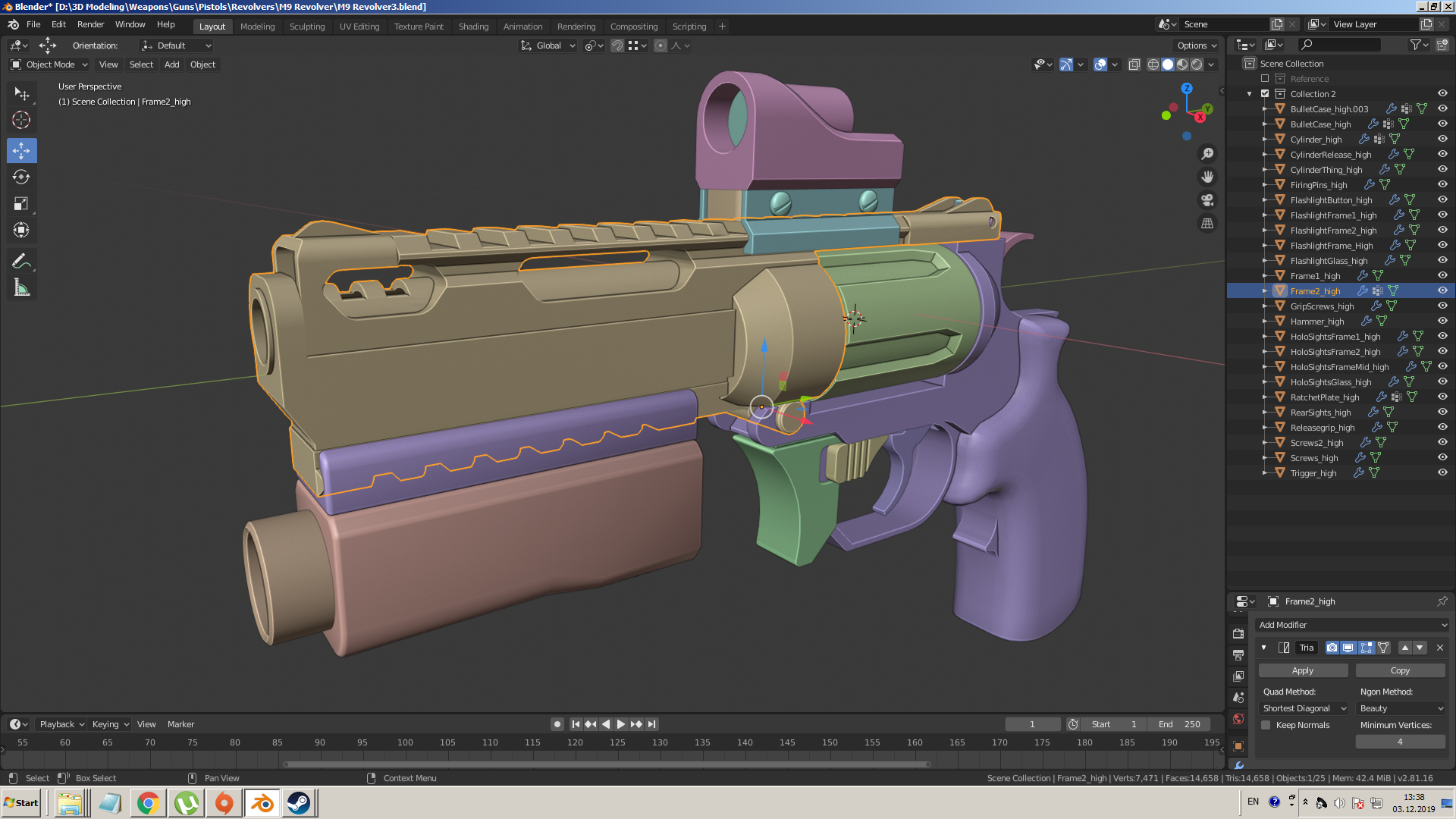 Until now I have modelled mostly antique weapons with not many decals but now I am making sci fi weapons and that have decals on them. The problem is that when I overlap the symmetrical islands the decals are flipped on the other side! I don't have a picture because I won't start UV unwrapping until I figure this out but I had this problem on my last project. Because I didn't know how to fix this I basically abandoned the decals but there must be a better way to do this.