Back when Unreal Tournament 2004 was the game of choice for modders, you may remember a little game called Alien Swarm. Well, the game and the team have come a long way since those days and the two have grown a great deal. The game itself has seen some significant improvements both in gameplay and especially in the visuals. 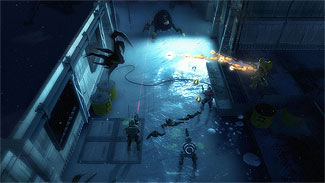 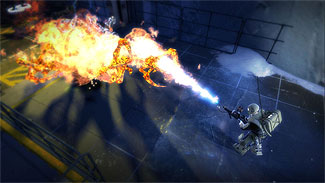 The game seems to take a lot of influence from the film Aliens with the overall feel and style of the game matching that of the film. The art has been kept fairly simplistic and not overdone with crazy normal maps, micro details and tonnes of flashy animated architecture. But this is why I believe the game looks great and plays so well. 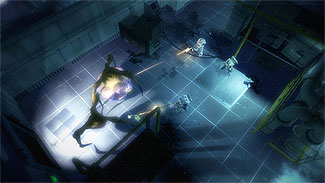 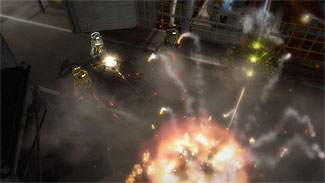 The environments are mainly built up of long corridors, small rooms and tightly packed outdoor areas. This amplifies the suspense and puts the player on constant alert as you'll never know what will be coming around the corner or fall on you from the ceiling. The asset designs are very simple geometric shapes, bold and built in a modular fashion to support the tile-based editor that was used to create the levels.

There is some good use of dynamic props within the game such as collapsing doors, which you can use to kill enemy aliens but also kill yourself if you find yourself trapped under it. There are breakable objects scattered around the world that contain hidden items and ammo/health packs, exploding barrels and doors which you can weld shut to prevent enemies from swarming you from behind.

The lighting plays an important role in Alien Swarm as this creates the mood and atmosphere of the game. It is used to attract the eye of the viewer to lead them through the level, and importantly to obscure incoming enemies until it's too late and they have fallen upon you. 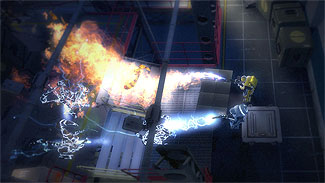 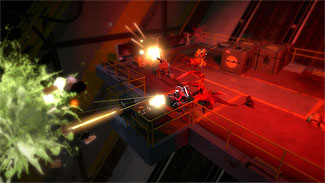 The character designs for the game aren't that creative, but since when are space marines considered a creative design? However, the designs have been tackled smartly, as you are able to differentiate the different classes based on their backpack design and the armour colour. Aside from those two differences, the character models are entirely identical.
Personally, I would have liked to see the characters look more like their thumbnail image counter-parts. This would have given them significantly more character and style.

The aliens designs aren't far from what you would expect from a top down third person game, but even with the simple and cliche designs, some thought has actually gone into them. As you encounter one enemy type, you will notice that they are very unique in the way they move, they attack and also the level of difficulty it takes to destroy them. 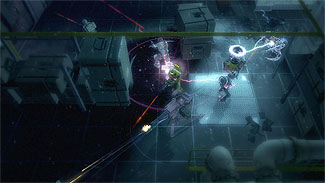 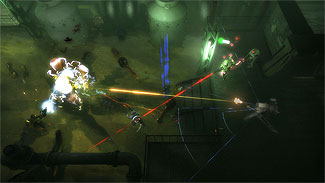 Now! This is where the fun begins! Not only is this game free to download from Steam... That's right! FREE! Upon download, Valve will supply you with the Alien Swarm SDK as well. This includes the entire source code for the game, the tools and the level editor so you can create your own custom levels and scenarios. Plus an update to the Source Engine which include a third person camera, depth of field, improved dynamic shadows and more.

Some of the game features:

Grab the game, get three of your friends and GET SOME, MARINES!

Finally, for your viewing pleasure I'll leave you with the Trailer for Alien Swarm. 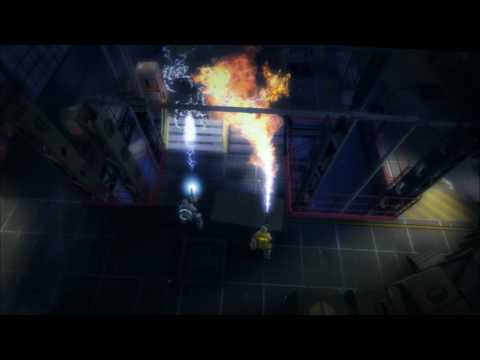