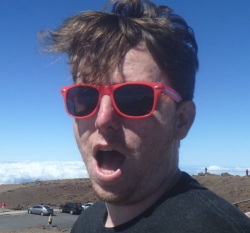 Hello dear Chivalry UGC creators! This long-overdue post is a recap of all of the community weapons & helmets weve added to the game since January, some data that will hopefully help creators to better decide where to put their time and talent, as well as info on our future plans.

The following UGC items have been added to Chivalry: Medieval Warfare as player customization options, according to the patch dates below.

We would also like to share the following data on the Customization Store, in order to help guide players on gaps in content offerings - so that youre better equipped to decide what UGC to create next. We are constantly trying to keep customization offerings diverse to our players. If you make a high quality piece of work for a less represented class or weapon, its more likely to make it into Chivalry, sooner. The following charts represent the distribution of items - this is not sales data.

Classes
Knight and Vanguard are clearly dominating the class-specific items, without as much love for the Archer and MAA. Bundles/sets
There are more options for item bundles (i.e. bundles including 1 helmet & 1 weapon) than single items. This chart does not mean that single items sell better - but that there are fewer bundled sets than individual weapons in the Customization store. Team distribution
For content accepted into Chivalry so far, weve maintained a very even mix between Agatha- and Mason-only content, as well as stuff open to either side. We plan to maintain this ratio moving forward. Weapon spread
In the below chart, the bottom axis shows the number of variants per weapon type. The Spear, Broadsword, Norse Sword, Longsword & Messer have the most variants, while many weapons - including Warbow, Crossbow, Hatchet, Polehammer, Short Sword and others - have none available yet. We plan to release three more UGC update packs over the course of Summer 2015. Each pack will contain 3-4 weapon and helmet sets and 5-6 individual weapons. The data above includes what we plan to release in these three packs as well as all previous content - to give a complete sense of what our current offerings will be.

We also hope to share some general sales figures in the near future, to demonstrate what item types are selling better than others.

To sum: study the charts above and take an informed approach to designing new weapons and helmets for Chivalry. Quality of modelling and execution of concept are just as important as ensuring that your UGC items have a relevant, competitive position in the Customization store.

Thanks everyone for your hard work - keep up the incredible Chivalry Workshop submissions!