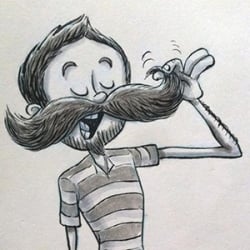 87roach
polycounter lvl 5
Offline / Send Message
87roach polycounter lvl 5
Jul 2014
I wanted to start a thread where I could put my past, present, and future works all in one place. Critiques are of course welcomed, as I am here to improve! (and hopefully get some work too)

A friend and myself had fun coming up with some vegetable characters: Here's one of them!