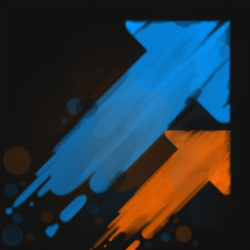 Gannon
greentooth
Offline / Send Message
Gannon greentooth
Jun 2014
Started playing with some large shapes shapes until I ended up with something I liked based on these references.

Once I'm happy with the large details I'll retopo and make a second pass at the medium and small shapes.
0 · Share on FacebookShare on Twitter