Butthair
polycounter lvl 8
Offline / Send Message
Butthair polycounter lvl 8
Aug 2011
Hello everyone here at polycount. For awhile now I've only looked at the amazing pieces here in these forums. Now, I can finally present the begins of my own.

It is a great place to get brutal honest criticism and I hope none of you hold back. I am a student and have only begun the large exploration of creating complete pieces.

Anyways, this piece is from a concept done by Levi Hopkins for a game called Guild Wars. I obsess over most of the concepts from the many artists over at ArenaNet. Now I have found I piece that I think I can take on.

Here is the concept piece. 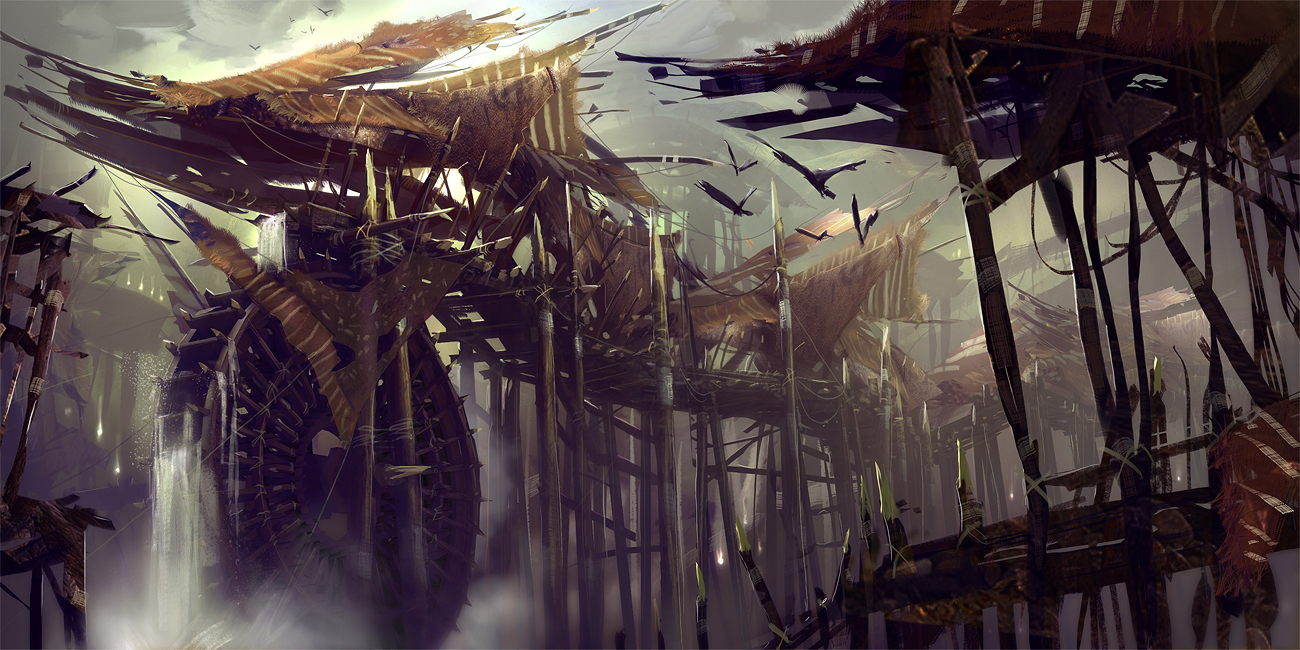 And here is what I have so far. It is mostly a block out of the scene, no effects or fancy stuff yet. I intend to make this modular, hopefully using about 4 texture pages. The focus is on modularity which the scene is primarily made up of.

The scene will be built mostly in Max then combined in UDK along with all the fancy stuff. As for the textures, I'm currently working on them using zBrush.

More on that later, but right now, here's a quick render of what I have so far. If it looks too low poly, that is because guild wars is fairly low poly. At the same time, given the progressive nature of the industry, I may refine it higher with the intention on next gen games. In a word, I am uncertain.