Long time no post.
Here's the latest stuff I'm working on. It's a subway station, near futuristic.

I decided to go for a subway station after seeing this artwork by Razorb :

So, I decided to create my own subway station : 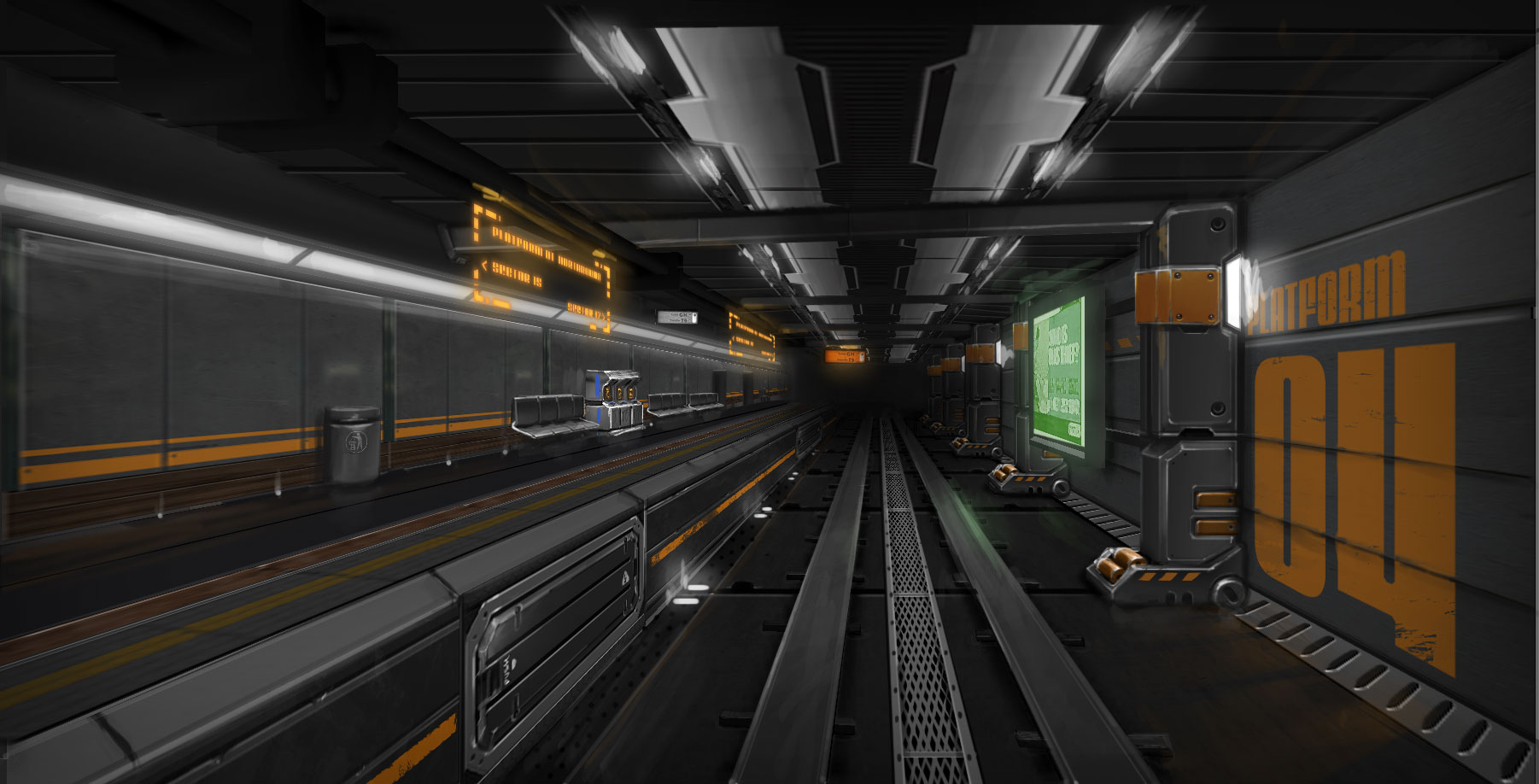 And so I started with the platform, so, quick artwork : 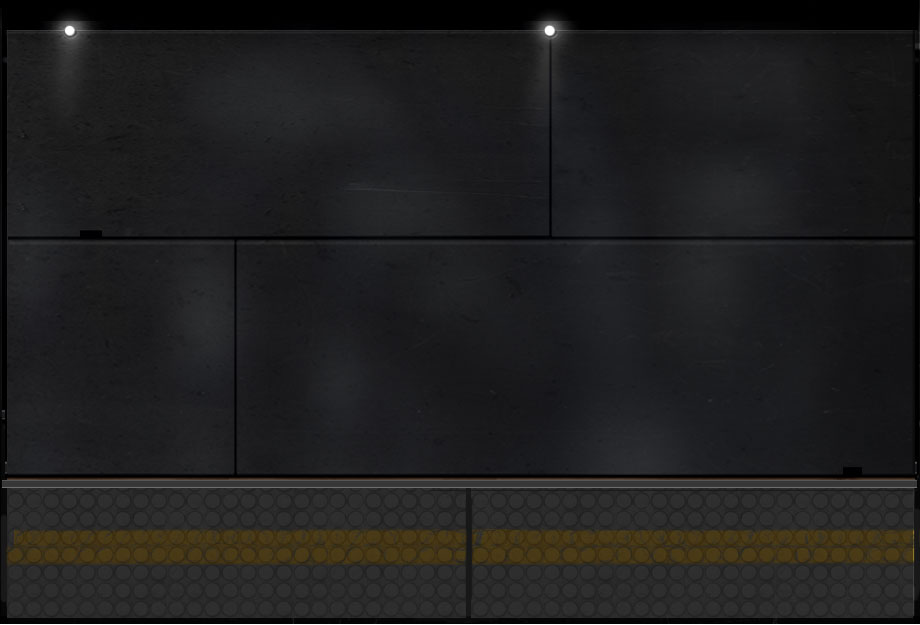 And the result in 3D in the marmoset 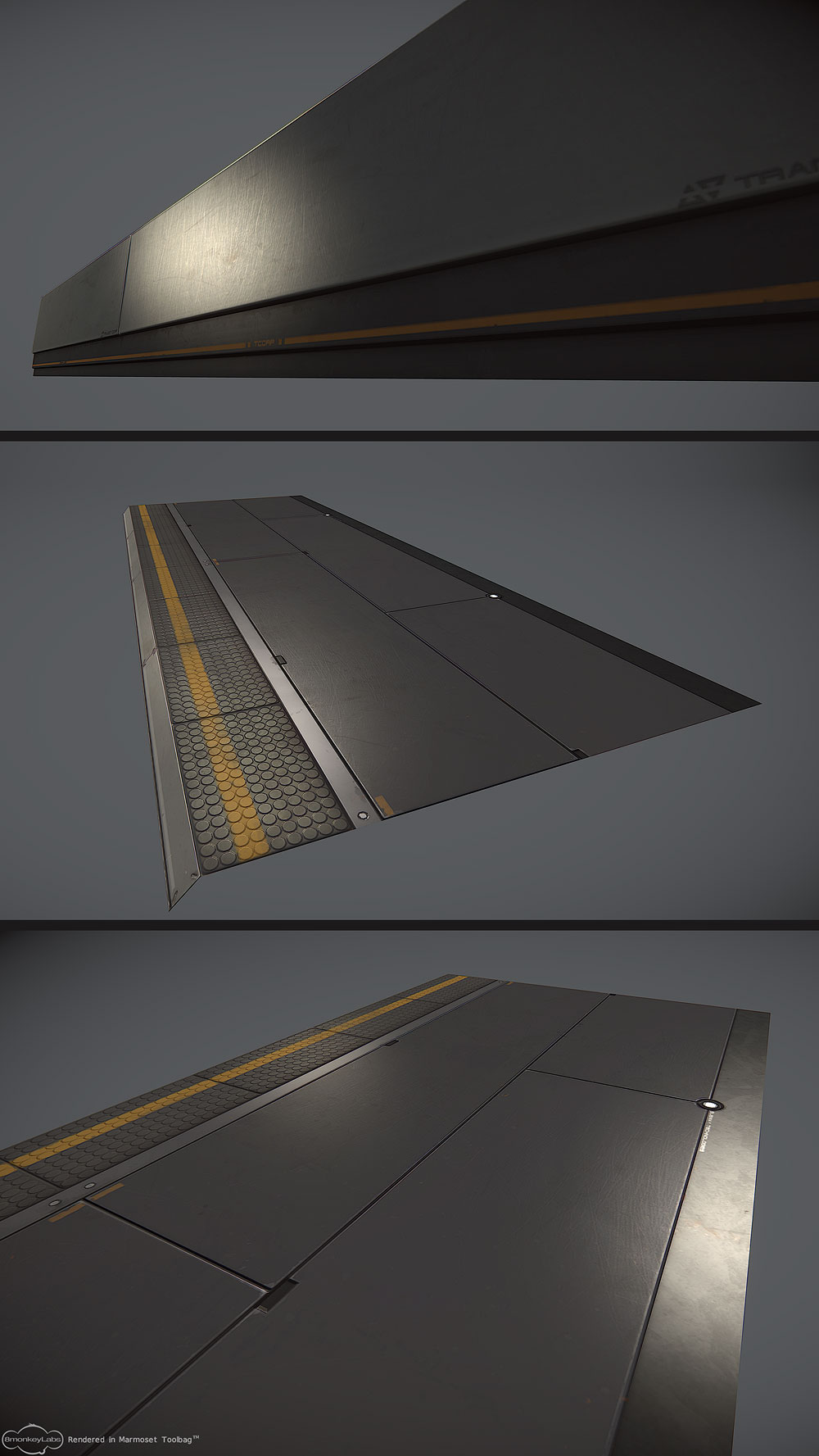 I'll post some shot in the UDK later on, I just want to have more stuff done before taking any UDK screenshots.
0 · Share on FacebookShare on Twitter