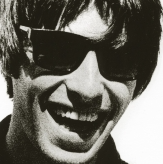 I don't post much here but I'm in dire need of advice other 3D artists in the industry.

I'm a self-taught 3D artist that just completed my first year of university at a highly regarded games program. It ultimately left a lot to be desired and I realized I wasn't going to be learning the techniques and advanced methods I want---and need---to know regarding game art. On top of that, I didn't have much room in my schedule to learn on my own, and ended up just feeling burnt out instead. In short, I was not happy.

I am considering taking a gap year to instead try and find work, as I'm confident that I would be learning more on a job, and with time to hone in my skills and build a portfolio. I believe I am already qualified for a junior to mid level position, having a lot of experience working in Blender, UV unwrapping, texturing, creating tiling textures, and using engines like Unity or Unreal to import assets. I also have experience working with teams and collaborating through student projects. I'm really drawn to environment art and have been working on multiple aspects of game environments for some time, so that's where I would like to end up at the moment.

I feel that the only thing I would be missing in three years time is a degree, which many would say doesn't matter, especially not if I don't want to work in the AAA industry. However, I recently discussed my frustration and current plan with someone who has spent decades working (and currently works) in prevalent AAA studios, and they advised that I transfer to a program that would provide me with instruction that I actually care about, and more time to work on my portfolio and skills. They even suggested that I do take a year off, but spend that time thinking about schools that I actually want to be in. All of these options ultimately meant sucking it up and getting a degree.

They told me that a degree was not as necessary a few years ago, and even meant someone was "taught the wrong practices of game design in school" especially in the 90s to early 2000s. This I knew for a long time, but my connection mentioned that as time goes on, more studios (even small ones) are being consolidated, being bought by a few massive companies which practice corporate recruiting, filtering out applications that don't have degrees, etc. Mostly, they seemed concerned about getting into the industry without a degree, even in smaller companies. I certainly don't want to be stuck in entry level jobs for years because I don't have a piece of paper to my name...

But surely one can be successful without having to work at massive corporate studios, without having to be miserable for years just to get degree, while I could be practicing the art I enjoy and working on projects? I know plenty of indie developers and artists who are hired for their work, but is that somehow changing for the worse?

I don't know, and I'm really conflicted. My gut feeling is that I can make it with a strong portfolio as many did before me, and my experience at school was miserable, but I would really appreciate more input.