Darkthanatos
Offline / Send Message
Pinned
Darkthanatos
Oct 11 2021
Hey guys, I have been studying Genshin Impact's 3D model and their polygon seems to be a little different compared to normal 3d modelling that I'm used to.

As I know most of the 3D software(Maya/Blender)'s polygon are in squarish pattern even if it is tilted and wouldn't pick a weird angle to create their polygons due to the difficulty of adjusting them. Retopolizing on Zbrush or Blender would also create polygons that are easy to create or optimized.

The picture that I'm posting is the "Normal" way that I would create a belt compared to Genshin Impact's Horizontally cut polygons. Is this a special technique that they are using to generate these polygons? Because they seems to be harder to adjust and it's probably not from human retopolizing. 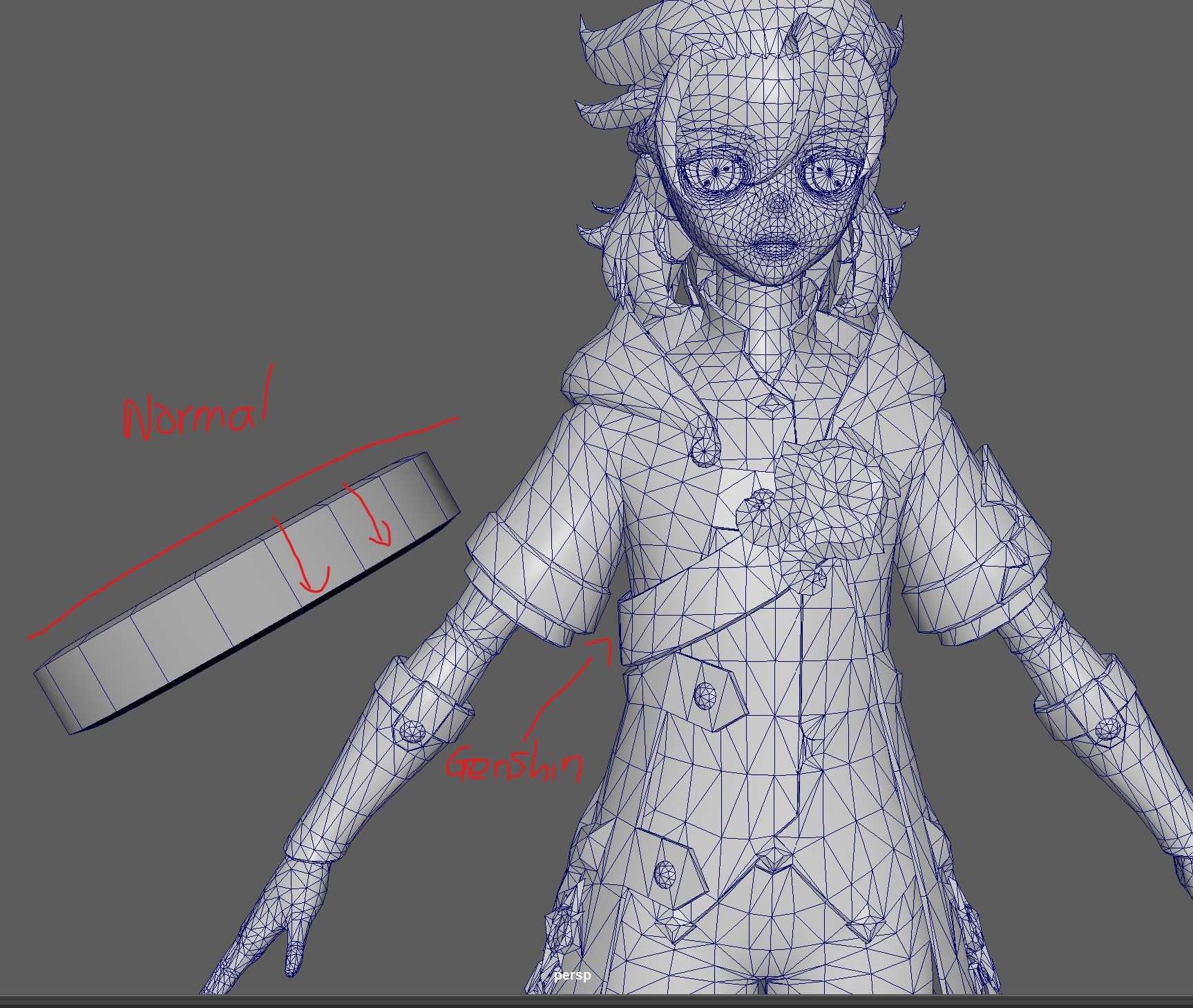 Anyone had an idea about how they did this? Appreciate it if someone could shed some light about this.