How can I make accurate LED lights in Maya/VRay?

Hello, I’m trying to figure out by what means to properly simulate a 5mm LED bulb.

here’s my model as yet: 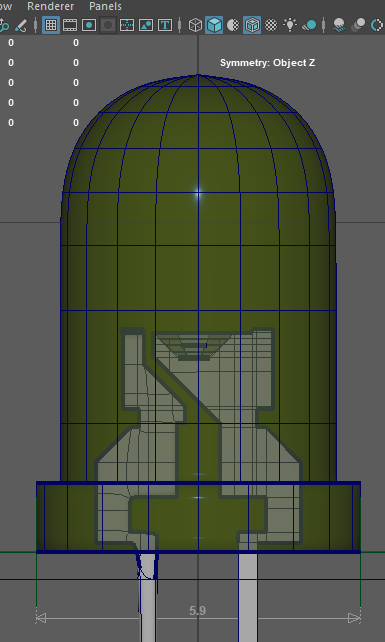 So far I’ve just kind of faked it by using colored sphere lights: 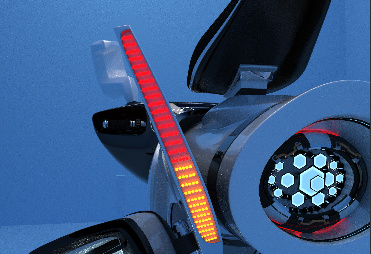 These are my references: 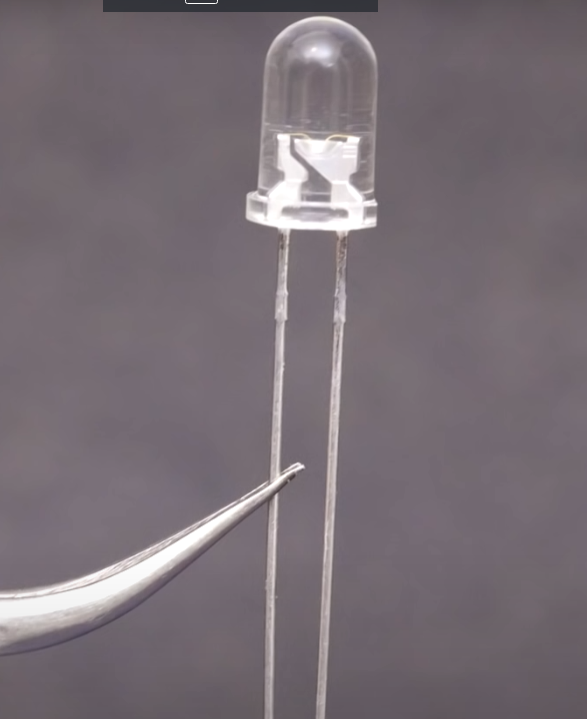 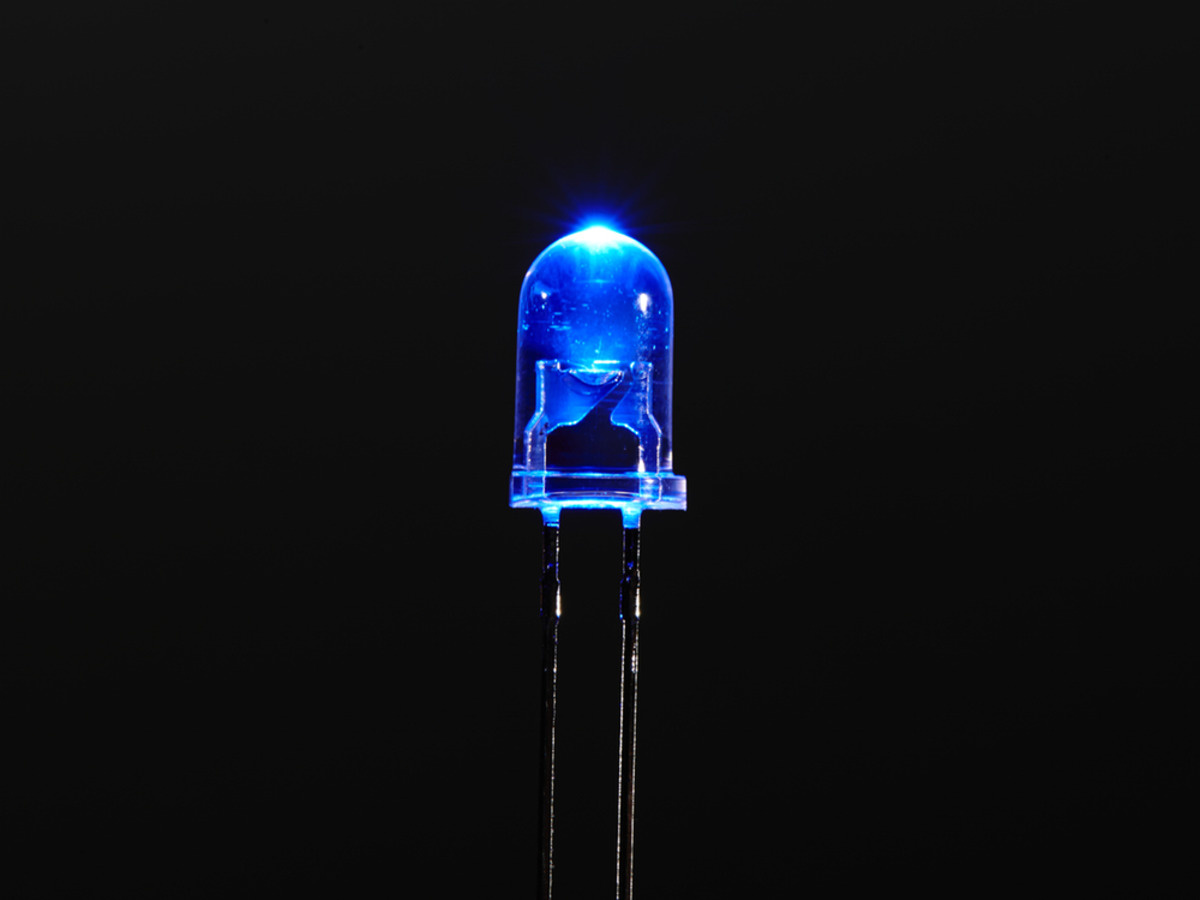 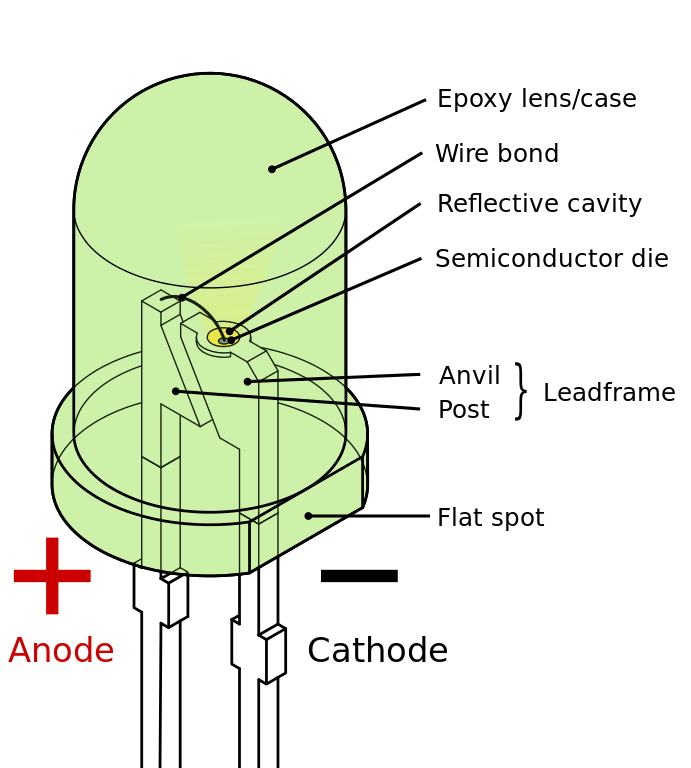 With renders, this is as close as I’ve been able to get: 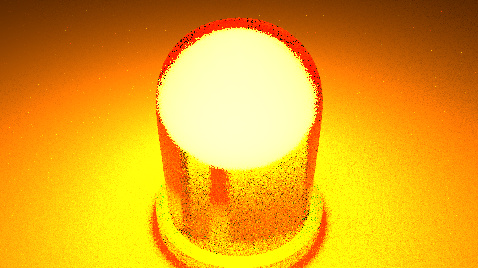 But the problem here is I’m using a sphere light, and that's entirely the wrong shape. An LEDs’ light source is a tiny disc resting at the top of a little bowl on the cathode. The light shines up and is refracted around the colored LED shell, but there is always a pretty hot center at the light’s source point, and I can't get that with a sphere light alone, as you see in the tail light render.

The problem with VRay lights that in order to get that shape, I need to use a Mesh Light, but they don’t have nearly enough intensity to bounce around like a real LED would need it to: 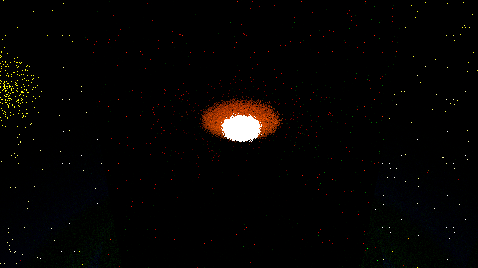 Edit: still playing with materials, but I can't seem to get the light to 1.) bounce around inside the LED to where you could clearly see the anode and cathode like in here: 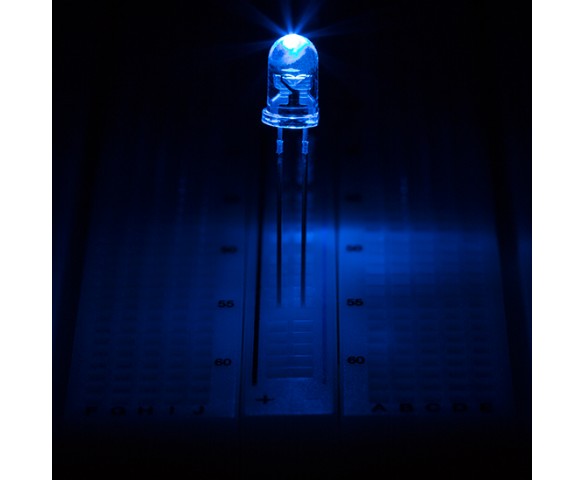 Nor 2.) to illuminate its surroundings meaningfully. This is what I've got so far: 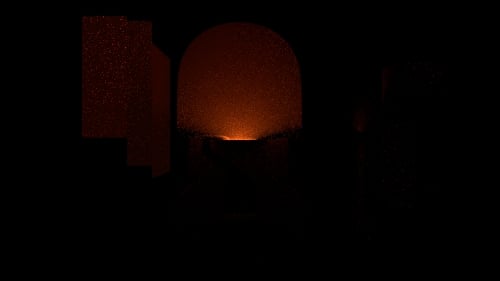 I'm playing around with the material's refraction/subsurface properties but idk if it's the material or if there’s some secret to VRay’s lights that I’ve yet to learn, but I would die for some solid help on solving this issue…