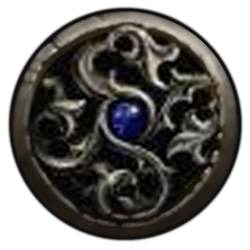 Noth
polycounter lvl 11
Offline / Send Message
Noth polycounter lvl 11
Jan 11 2021
I don't have a lot of experience here, or exposure but the bit of exposure I do have with the toolset I'm referring to, I'm wondering if it's like this at other studios.

I used to work with a place that had a piece of software they built themselves, you would open it and it would have all of your tasks in it, you would do all your opening Maya scene from it, it would get tasks from Shotgun and you would publish your tasks to the next dept from that tool too, it would update the task state on Shotgun so management would know how things were progressing, etc.

This tool was helpful because it enforced naming conventions, maintained project folder structure, updated the relevant people as to what was hanging or complete, and notified the people next in line for a task, that if their task was visible in the tool but blocked, it would then be accessible for say the rigger, if the model was just published. This sort of thing only gets more useful the larger the studio gets, because people either laziness or accidents, it removes those largely.

K, so on to my question. Does anyone know of something like this that is flexible enough for game dev? Something that could be taken from project to project, even if they're quite different?

I'm also asking because I would like to learn more about this area in Game Dev, so any insights here is very welcomed. What's your experience like at different studios, things you like / dislike, awesome apps you know about, good things at a studio, bad things at a studio, etc. More the merrier!