X³²Lapis
polycounter lvl 9
Offline / Send Message
X³²Lapis polycounter lvl 9
Nov 2020
dang, I pretty much finished writing this whole post and then for no reason at all my computer blue screen of death on me.
Anyway, At work for about a year or so I've been doing a bit of hand painted characters although these characters are really simple and have relatively fast turn around I wanted to see what I could do with more time etc.
A slightly more detailed process can be found here
https://matthewtan85.wordpress.com/hand-painted-head/
Originally I made a head for another project and decided to make something lower poly for hand painting. I knew I would do just a head and possibly try some facial capture stuff I recorded on it too.
So I had a base to work from which I would retopo. I had trouble with Blenders retopo tools so I ended up getting a plugin called RetopoFlow 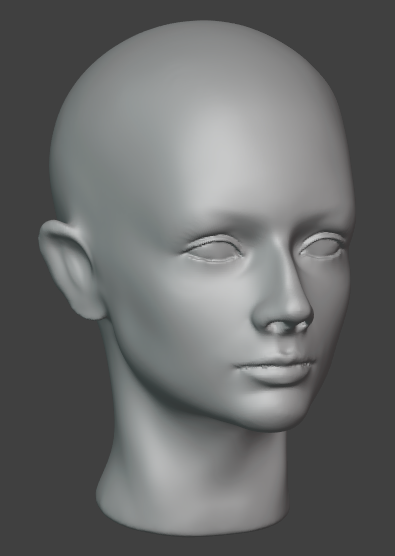 Looking back at it now she kind of has a big skull.
With the base to work of from I did the retopology 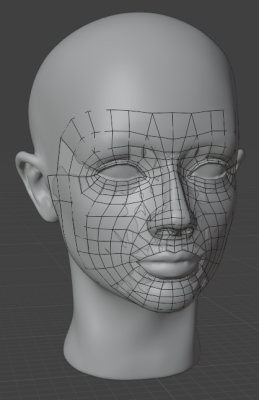 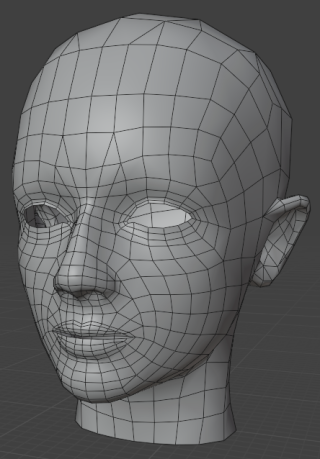 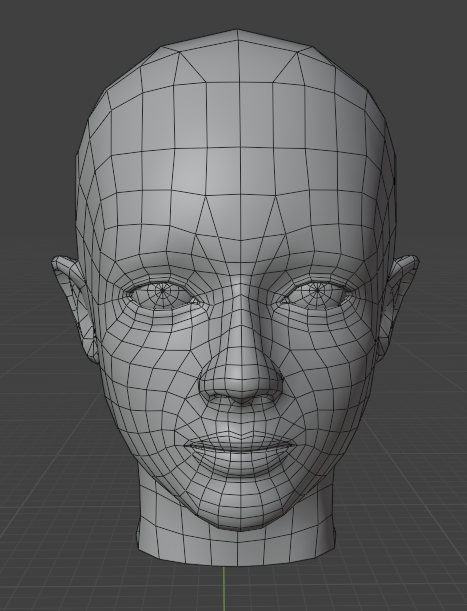 I didn't really have a design in my head or anything so I wanted some flexibility. For the UVs I could have just done the usual half a head and mirror it to save space but I didn't know what I was going to have for a design so decided to just unwrap the whole thing out flat. Leaving some space for things I would add in later like teeth, gums, eyelashes etc. 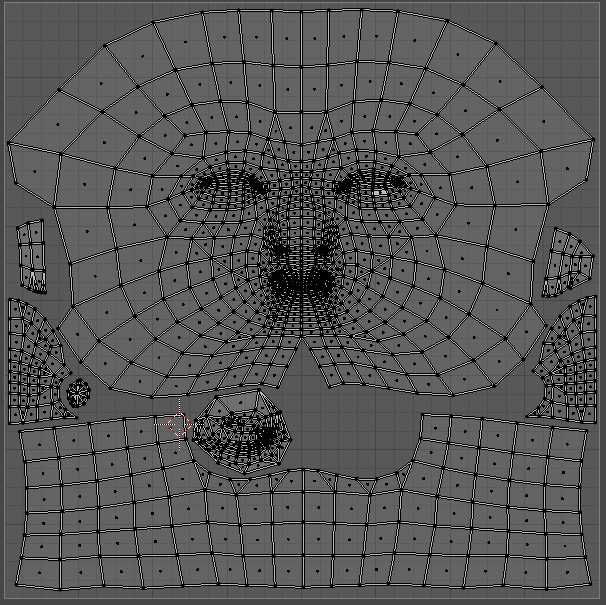 I like to scale up the center of the nose a big to give more resolution. This introduces distortion but since I will be painting directly on the model with projections it should be fine. 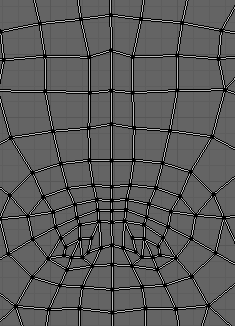 Scaled up to give 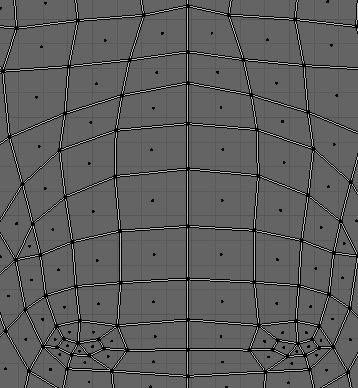 Kind of reminds me of the image of the poor cat who got it's nose stung by a bee.
For the eyes I could have unwrapped it better the occlusion probably could have gone to the same UV space as the face. Heck, I could have put the eyes on there too and save on draw calls
There wasn't anything too special done for the eye occlusion just needed to make sure I could rotate the eyeballs without having it poke through the geometry 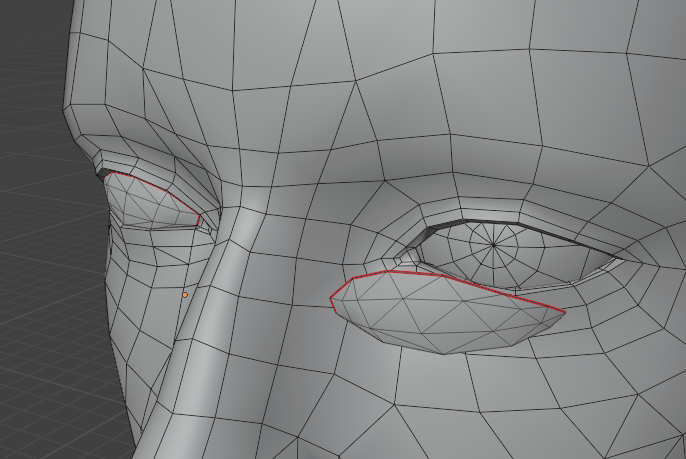 With all those done, It's time to start painting. There's a lot of the "Ugly" Phase that happens which usually makes me want to quit, but I'm glad I pushed through. Actually, what happened was I thought I was making good process but then when I looked at it the next day again I thought "Wow, that looks crap what was I thinking"
Anyway I made a gif of the progress, which goes a bit further like making the hair etc.

What I enjoyed about having everything in the same program was while I was painting if I didn't like the shape I could easily switch modes and tweak the shape more.
At first I tried like triple poly planes for the upper eyelids just to give a fuller look. But decided against it and just went back to single poly planes. 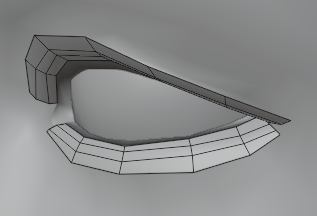 Close up of the eye 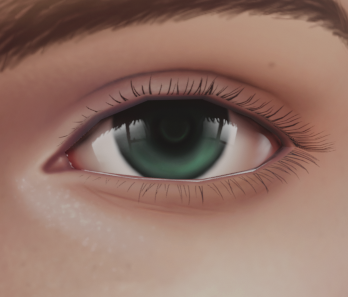 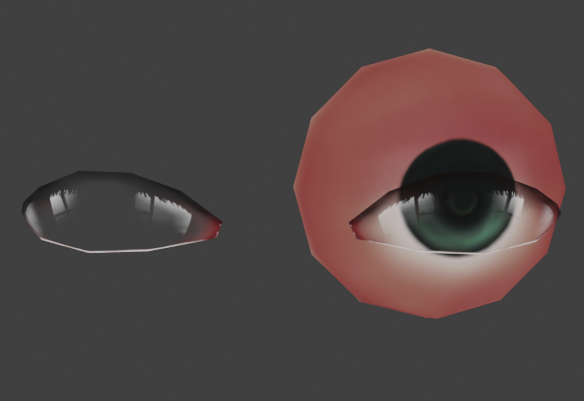 Happy with the progress of the head I moved onto the hair, which I had no idea what I was going to do 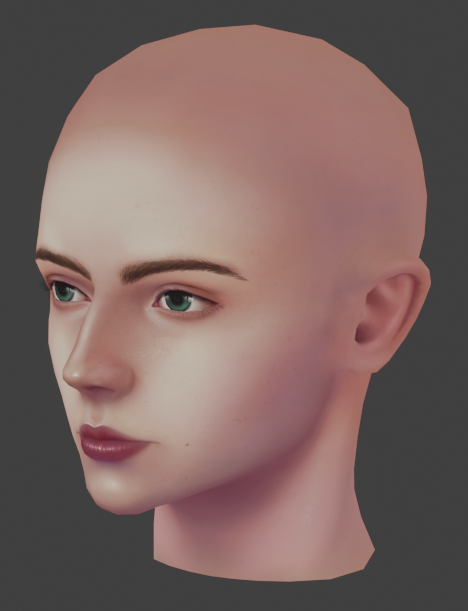 I just blocked out whatever simple hair I could think of and then moved into retopo and texturing. At first when I was using like a hair brush I found it was too fine so I ended up going back over with a bigger solid brush to simplify it. 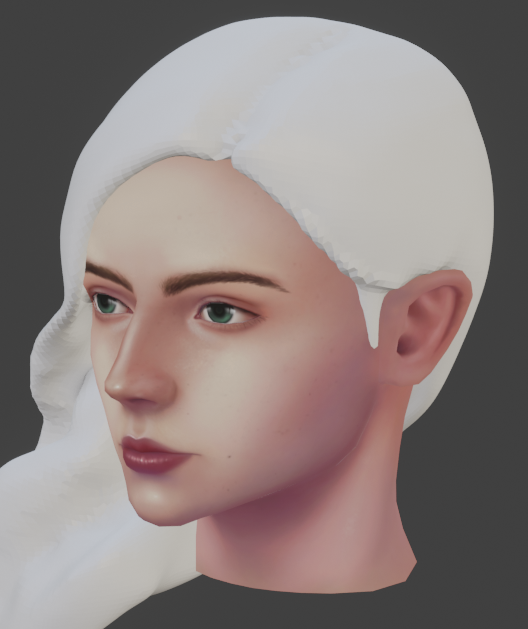 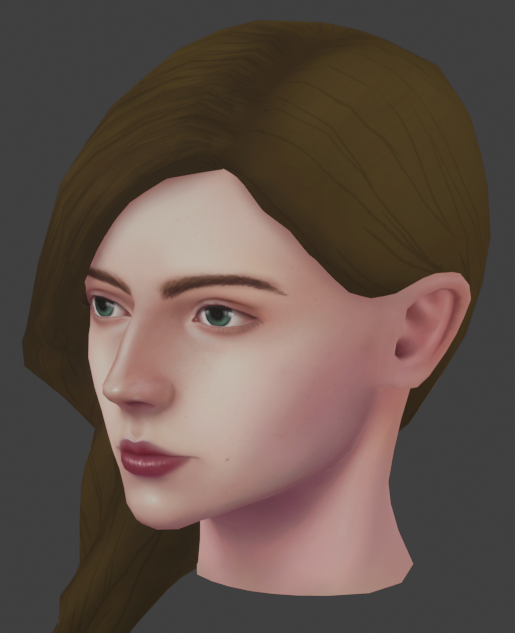 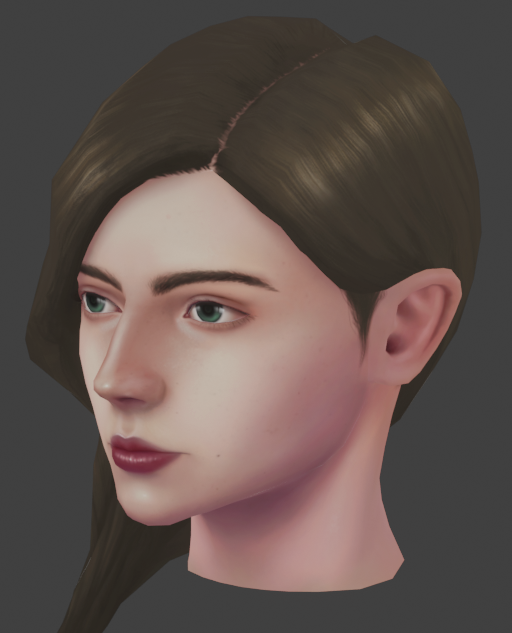 I'm still thinking about going back to add little strands of hair and fly aways I left some UV space for it too.
I added some eye makeup but it's a bit too heavy handed so end up later reducing it 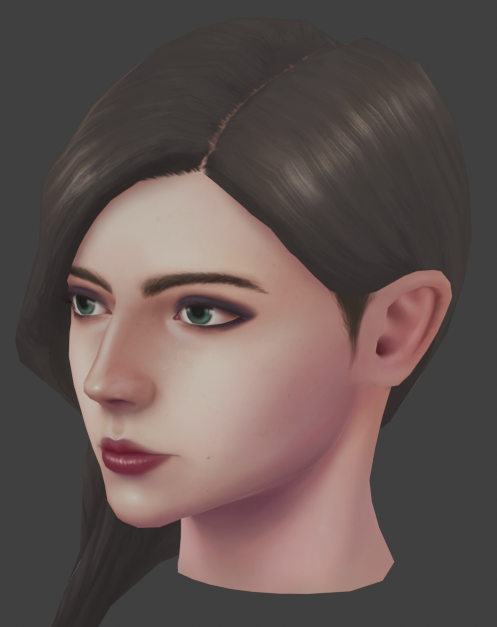 Originally I would call it done here but I wanted to try some of the facial capture stuff I recorded so I went on at adding the shapekeys(Blendshapes) I need for them.
But if she is going to talk she will need some teeth 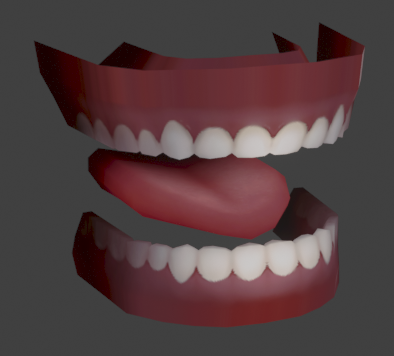 I painted the sides darker since they would receive less light on the sides and also I didn't model the top and bottom edge of the gums far enough and they could be seen so I just extruded them out further hence why the stretching.
I also went back and lessen the eyeshadow and instead just gave her more of a eyeliner look and added a faint crescent shape reflection on the pupil 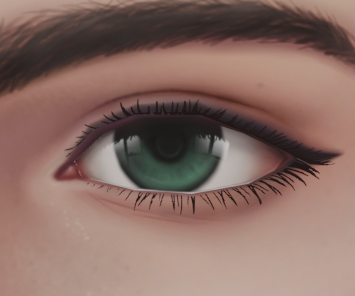 Totally not needed since you'll probably hardly ever get this close to the eye.................so I guess it was just for me
I gave a really simple rig and then copied over the facial capture I did 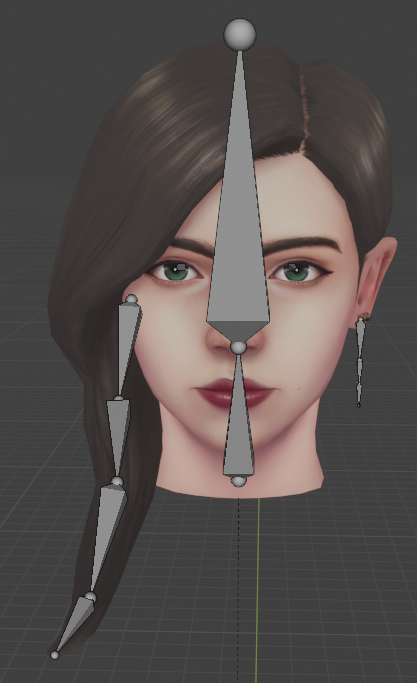 Haven't done much rigging in Blender before so it took some trial and error. I did paint the earrings but later just put on a shader with metallic on and forgot to change it back so I ended up just keeping it that way

I uploaded a slightly higher res version to youtube as well
https://www.youtube.com/watch?v=5T-JiLit1A0
A bit of jittering in the head that could be smoothed out more.
But I got what I wanted out of it and I'm quite happy with it. 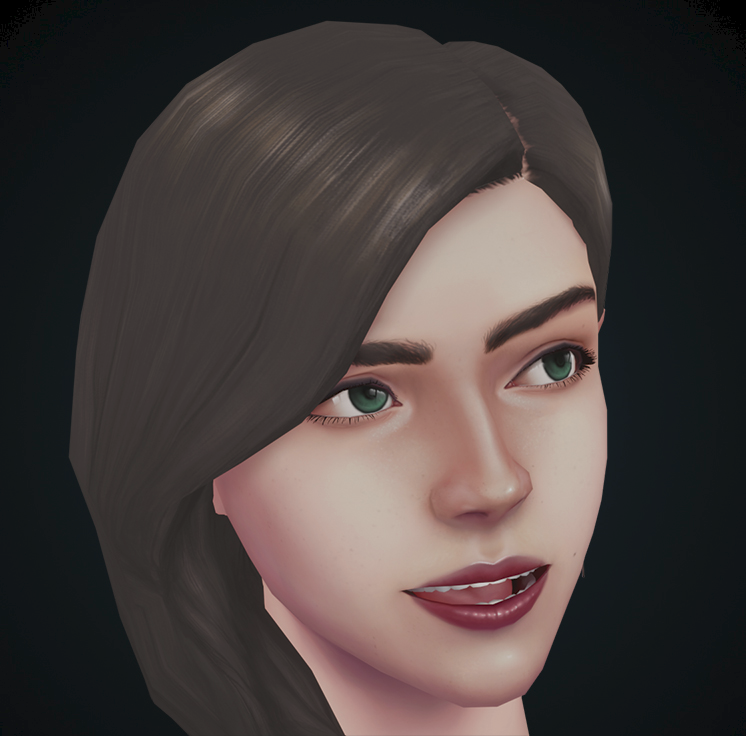 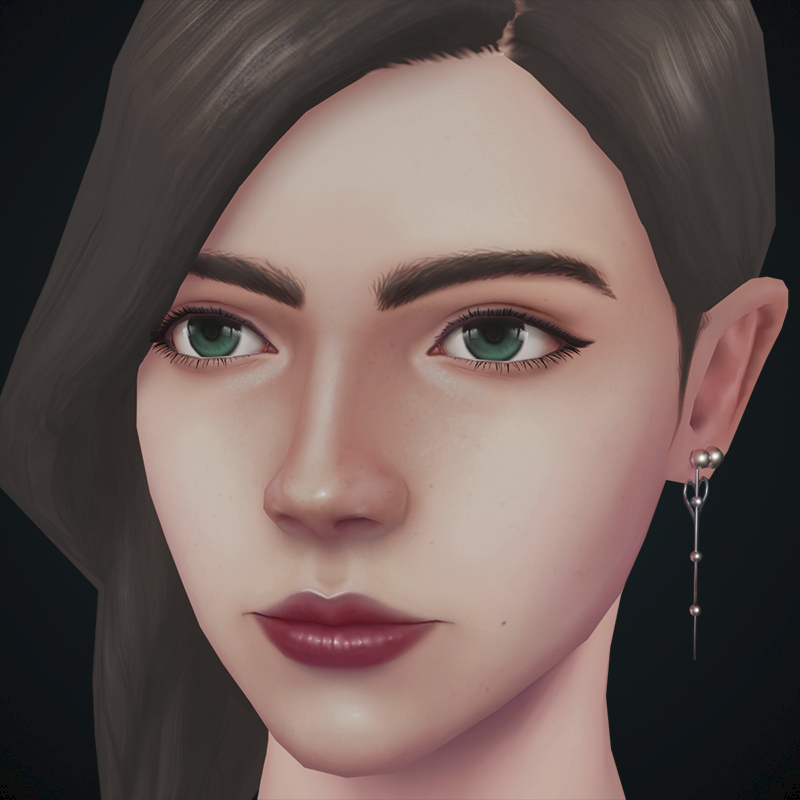