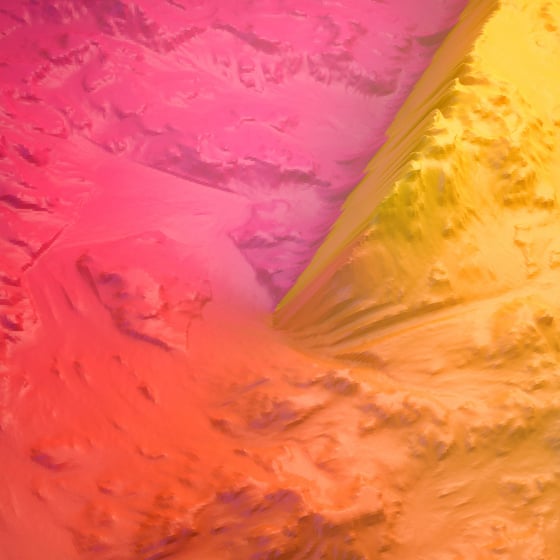 vonpixel
polycounter lvl 4
Offline / Send Message
vonpixel polycounter lvl 4
Aug 31 2020
Hi!
This is a thread im starting to document some of my progress on a portfolio style environment piece in Unity using the HDRP.. The projects main focus is using a photogrammetry scan of a massive abandoned linseed oil factory I did about a year ago with a friend but didn't have time to really work with until recently.
Im using Unity because its what we use at the studio Im at- though we are about to start learning unreal for future stuff so there is a chance I will port over through this project?
First up- the factory scan: 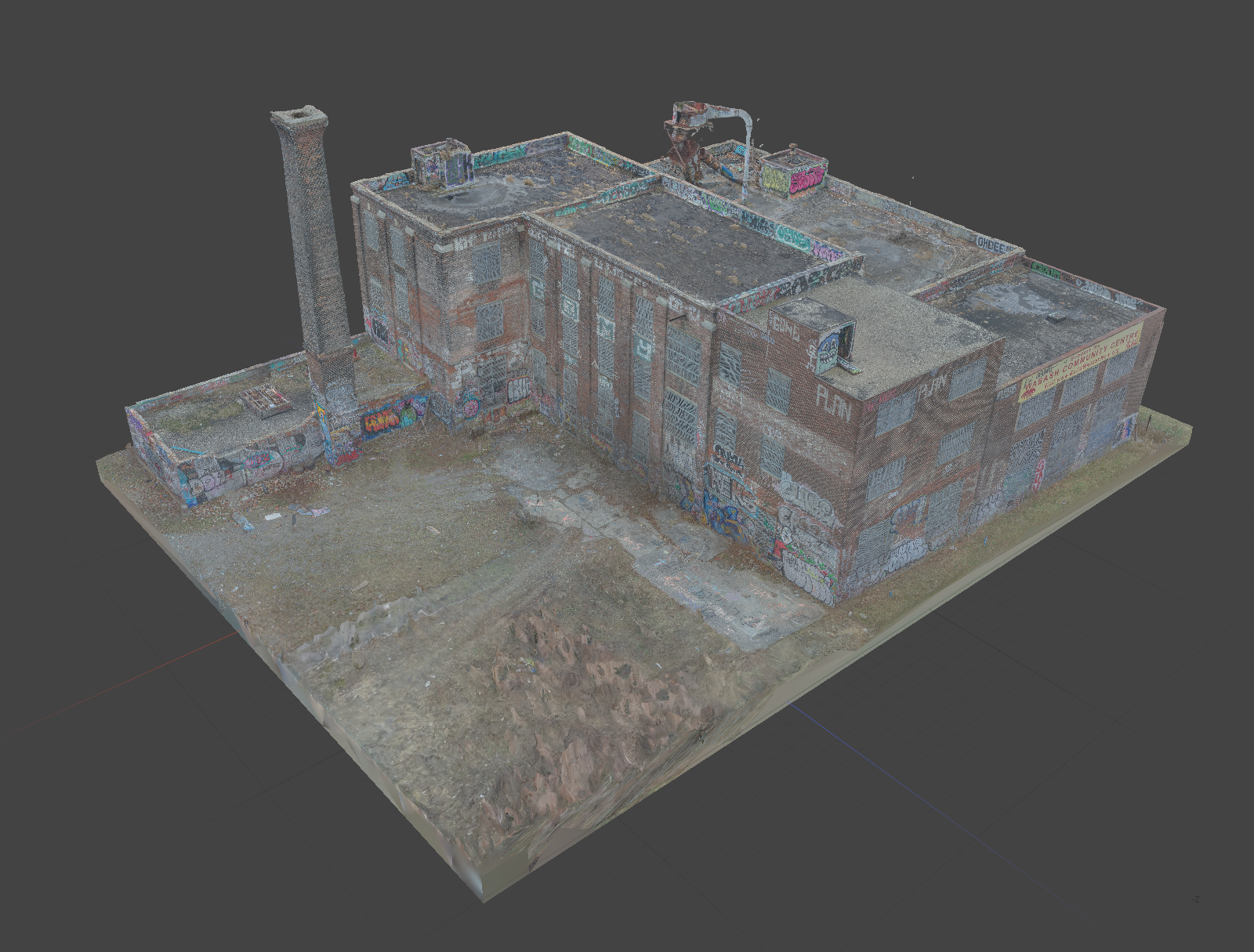 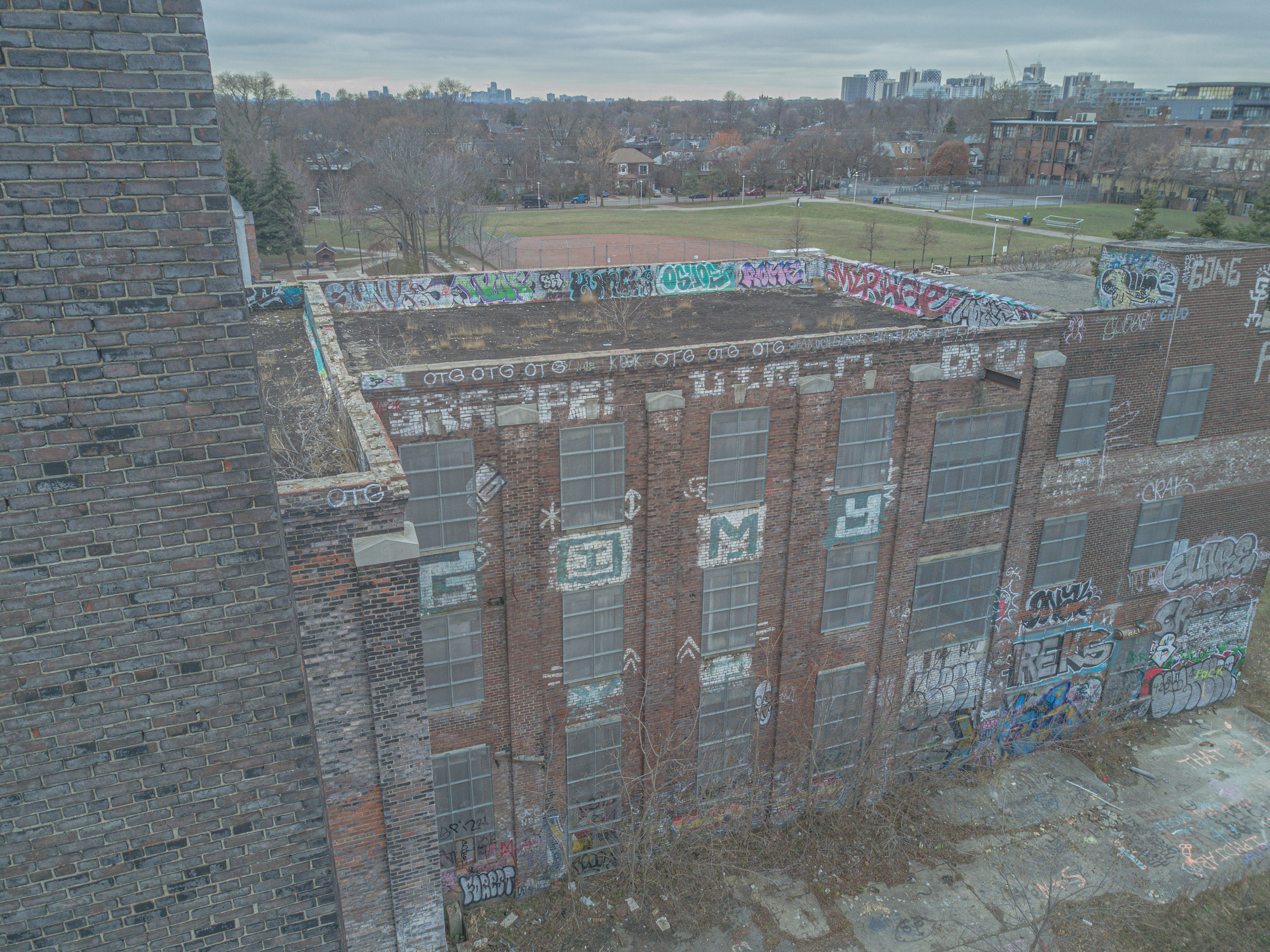 We took over 4k photos but at the time the Steam version of Reality Capture only allowed 2500 (now only 1000) shots so we had edit the data set down. The photo limit change was announced right as I started working on this so I didnt have long to get it completed and out of Reality Capture. Sadly- I cant open the project anymore because of this limit to the photos..
Ended up with a 325 million tri model which got paired down to a 100k for retopology (done in Modo) and a 50 million poly version for baking. Id love to bake to the 325 mil version but my 64gb of ram just wont cut it via Substance Painter...

For the master mesh I baked out 12 8k Diffuse maps from Reality Capture.
From here I made the lopoly in Modo and edited the texture set down to 6 UDIMs at 4k each for Unity. I removed the roof because the texture and detail wasn't very good. 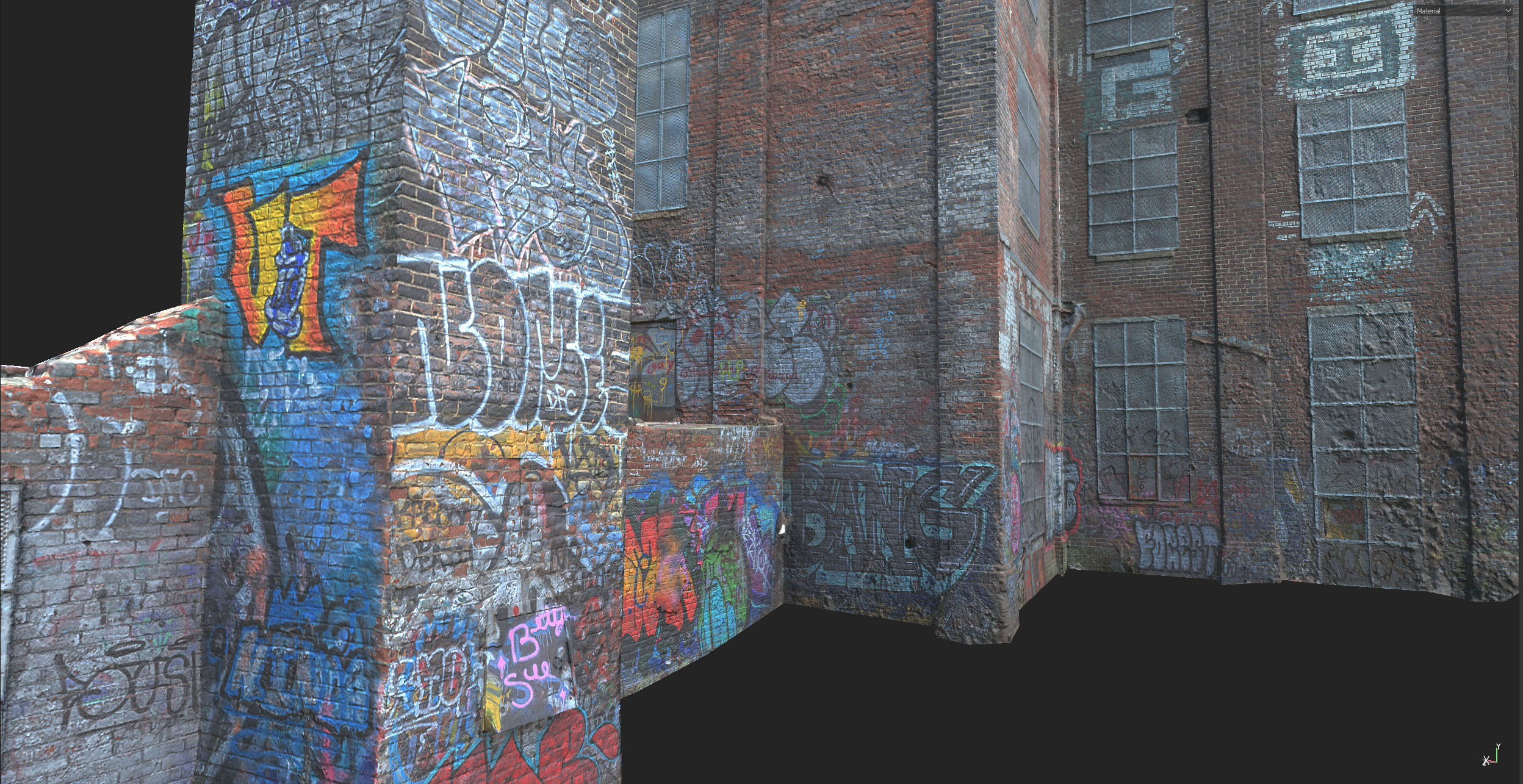 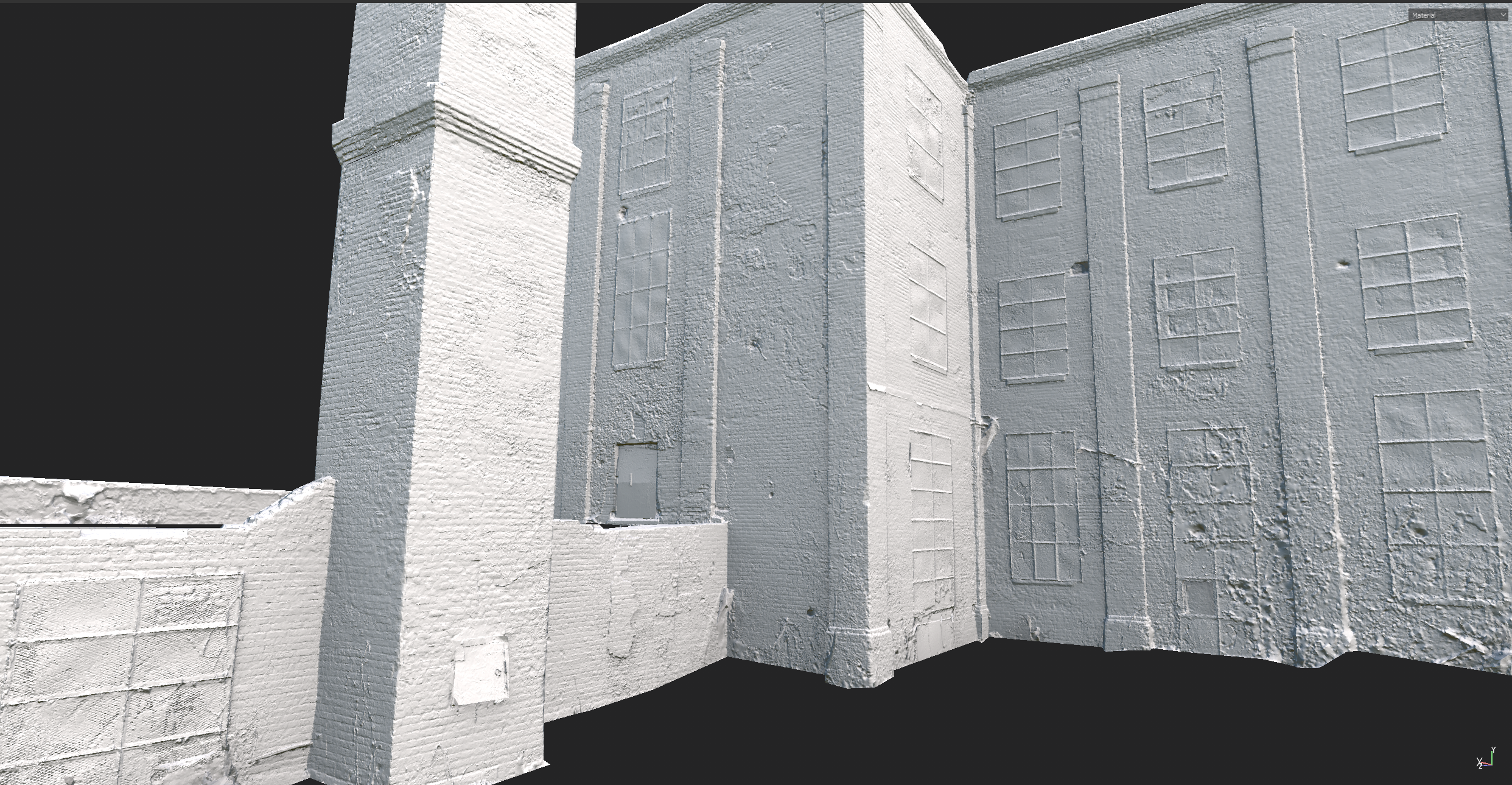 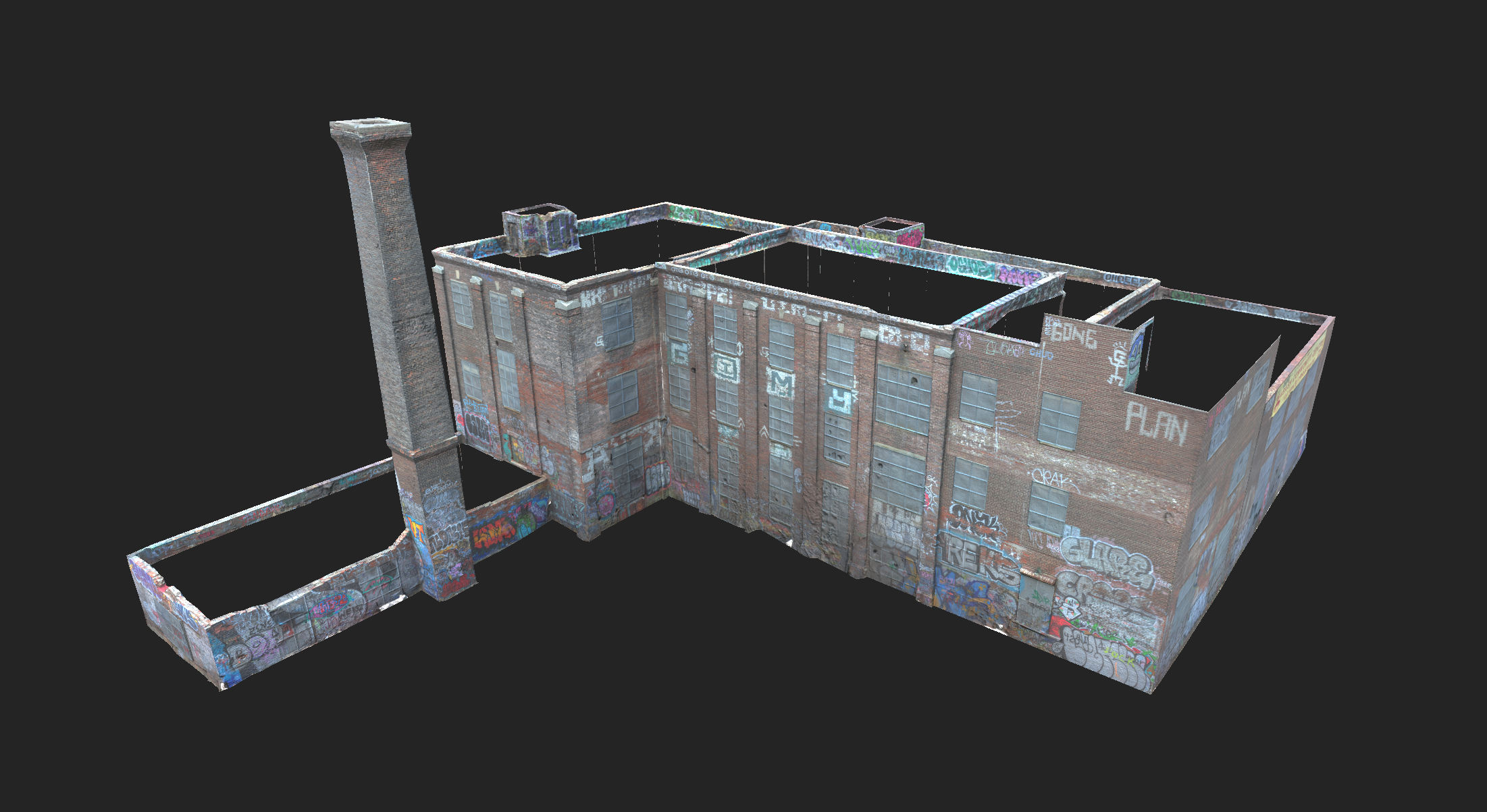 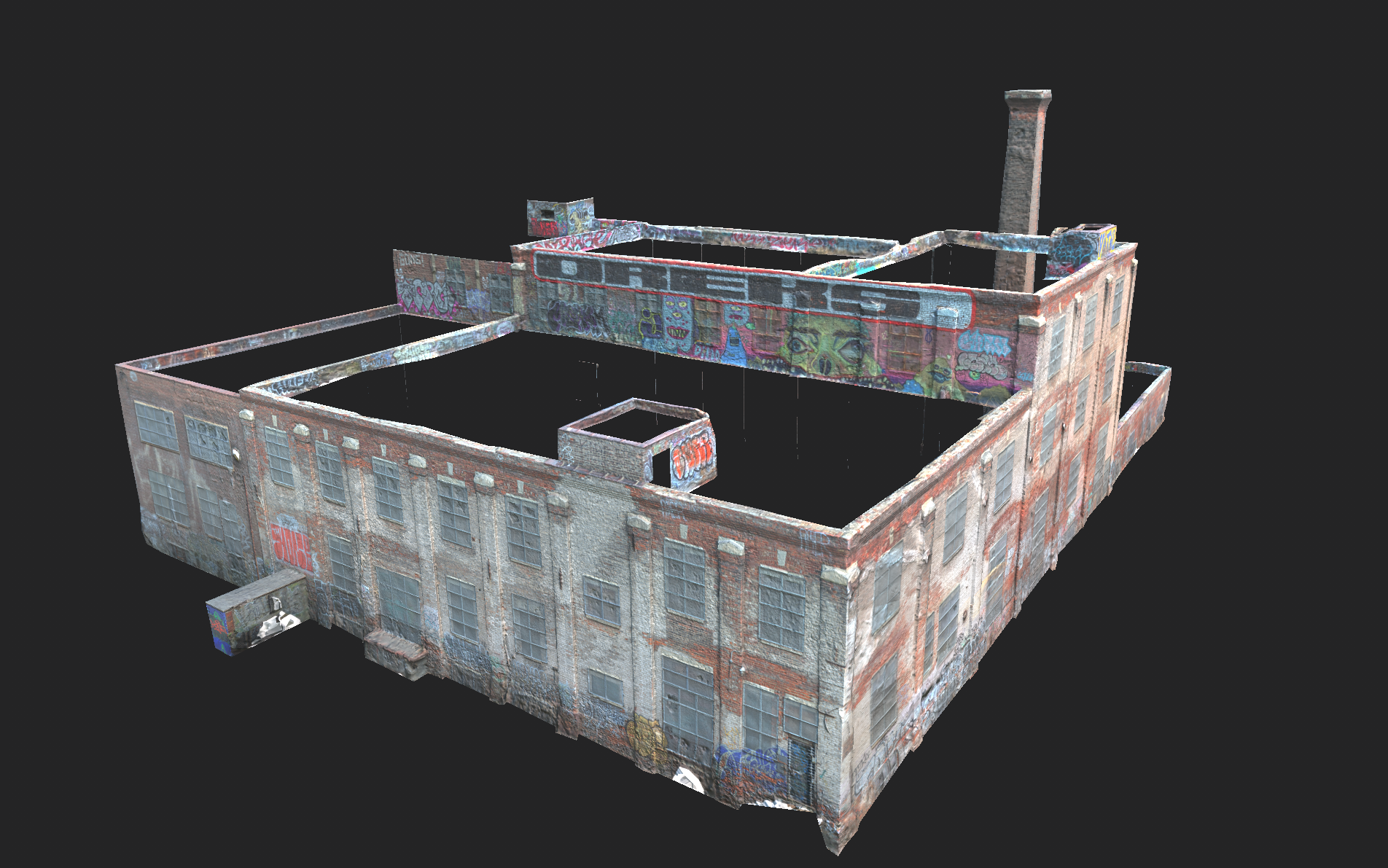 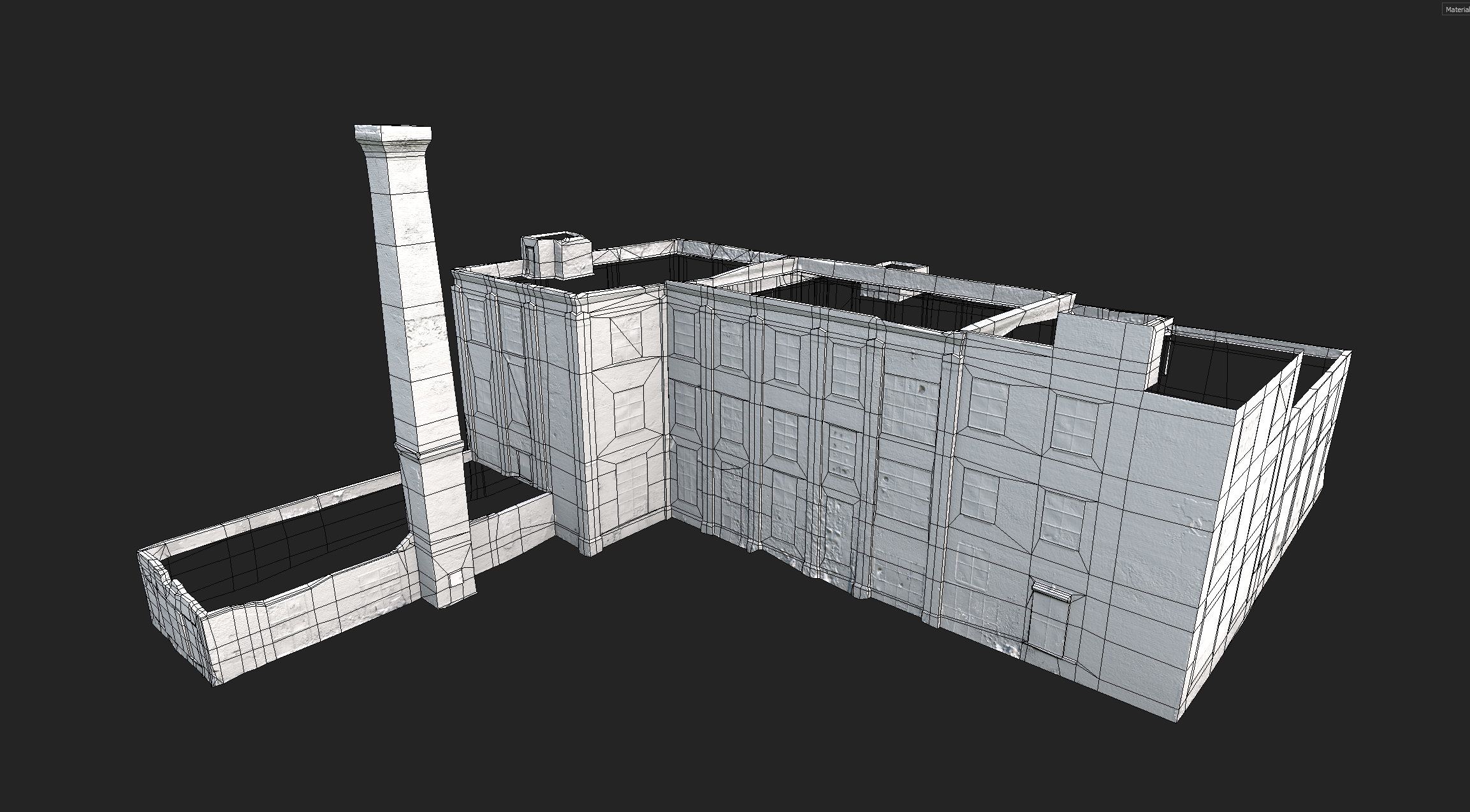 I have some further stuff that I will update with later.
0 · Share on FacebookShare on Twitter
Tagged: