Middle-poly (all but the tracks and partially the wheels are low-poly).

The model is created in Blender 2.82, textures are created in Substance Painter, render and bake with high-poly in Marmoset, partially I post-processing in Photoshop. 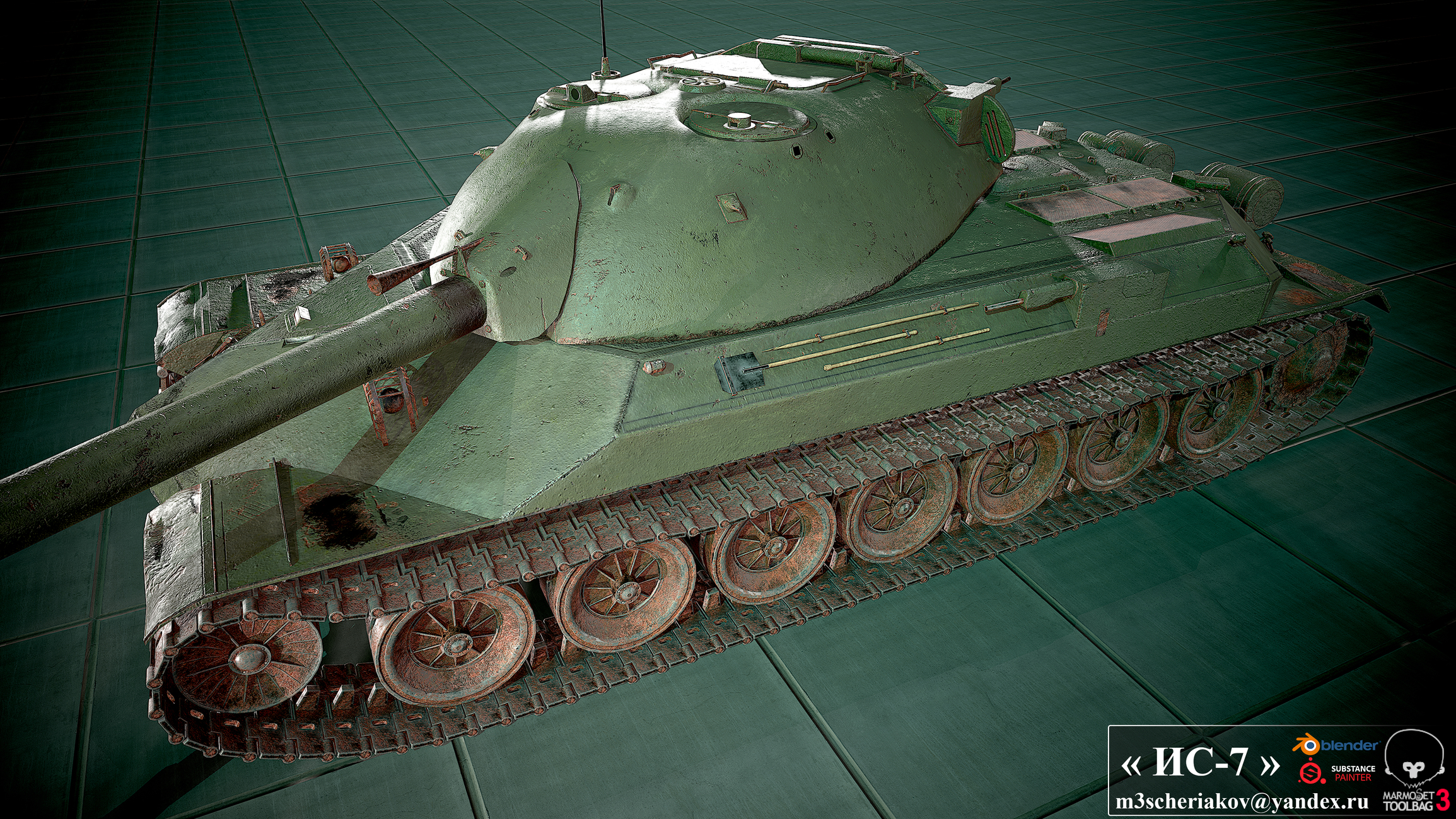 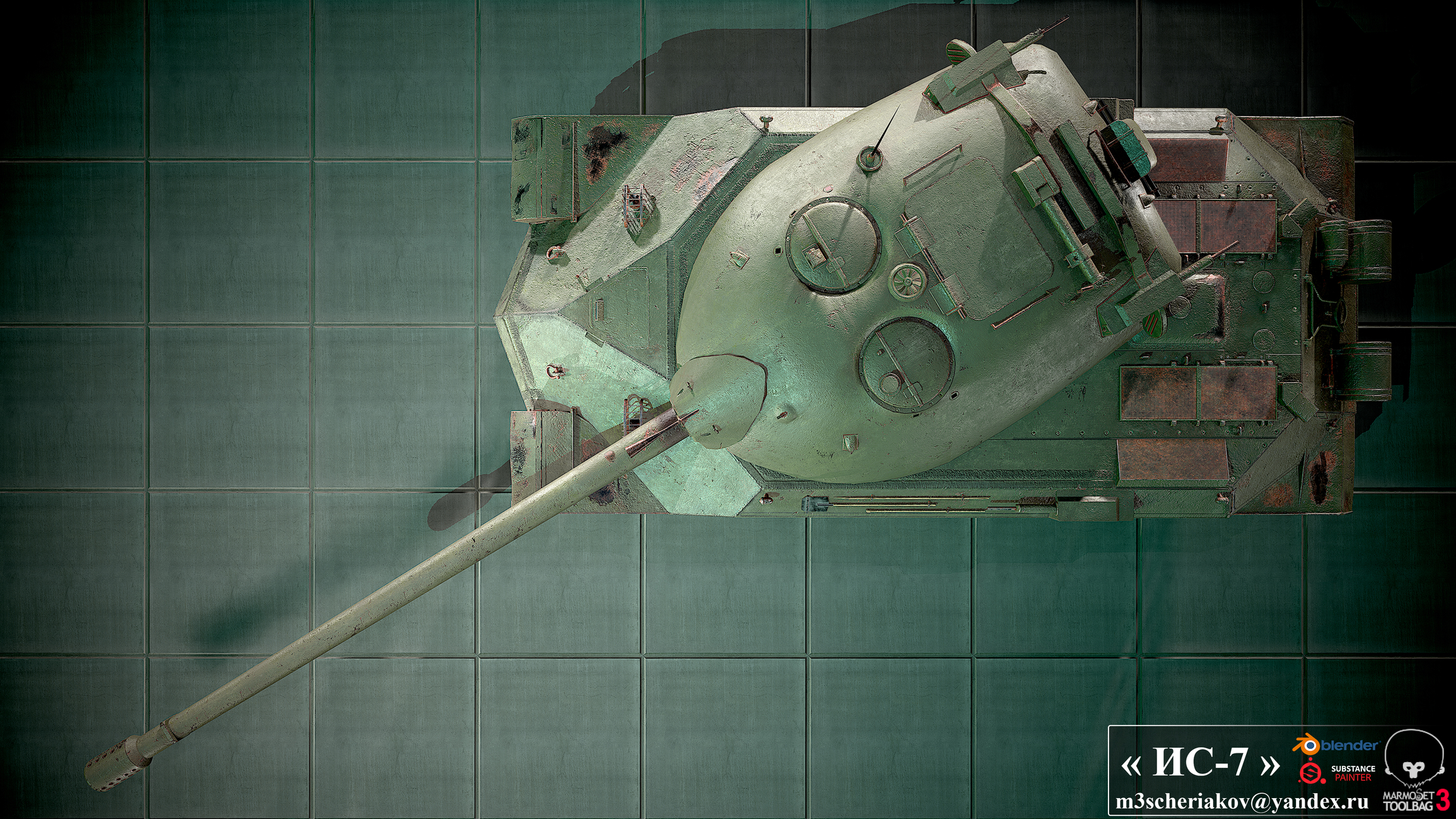 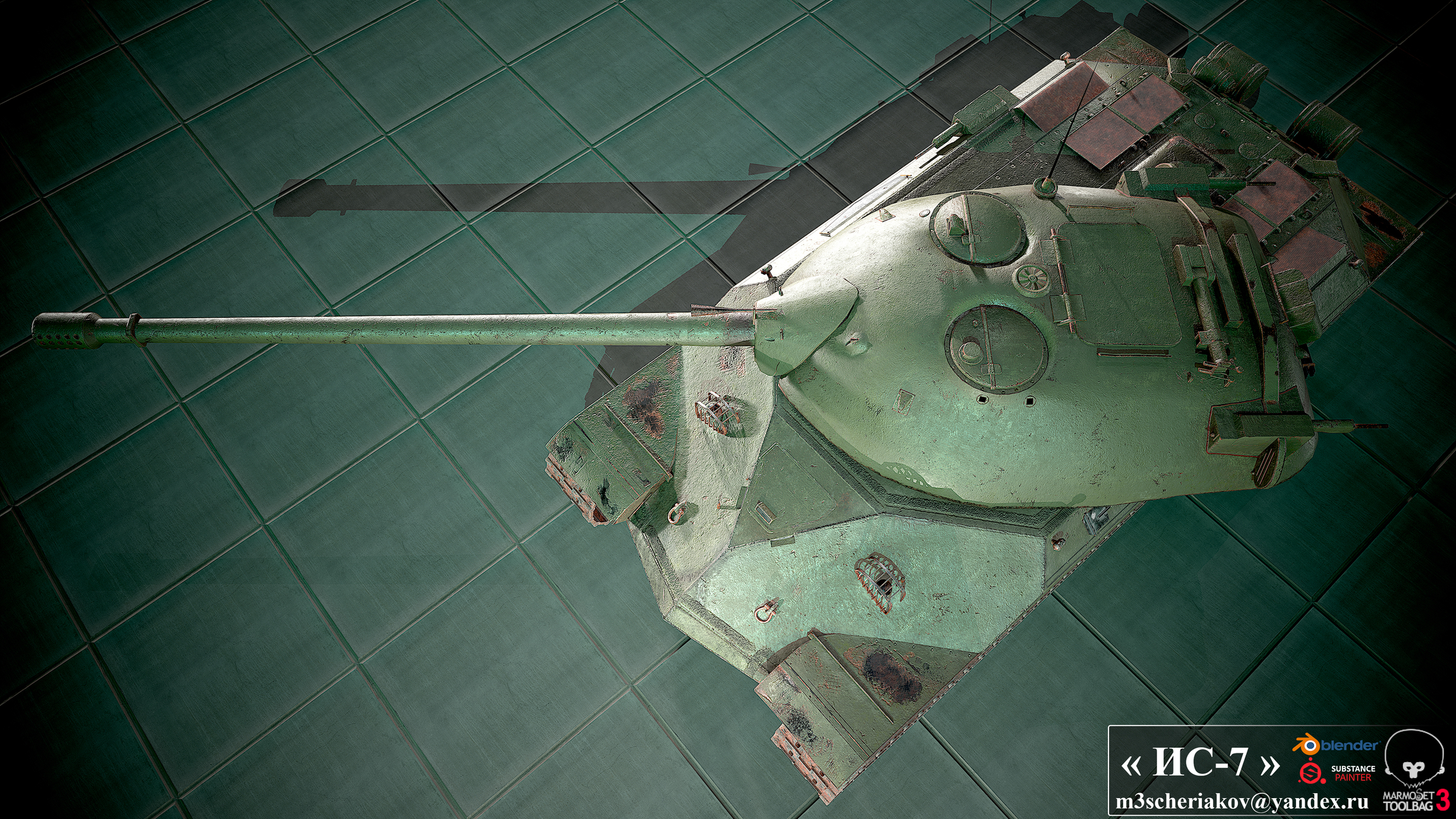 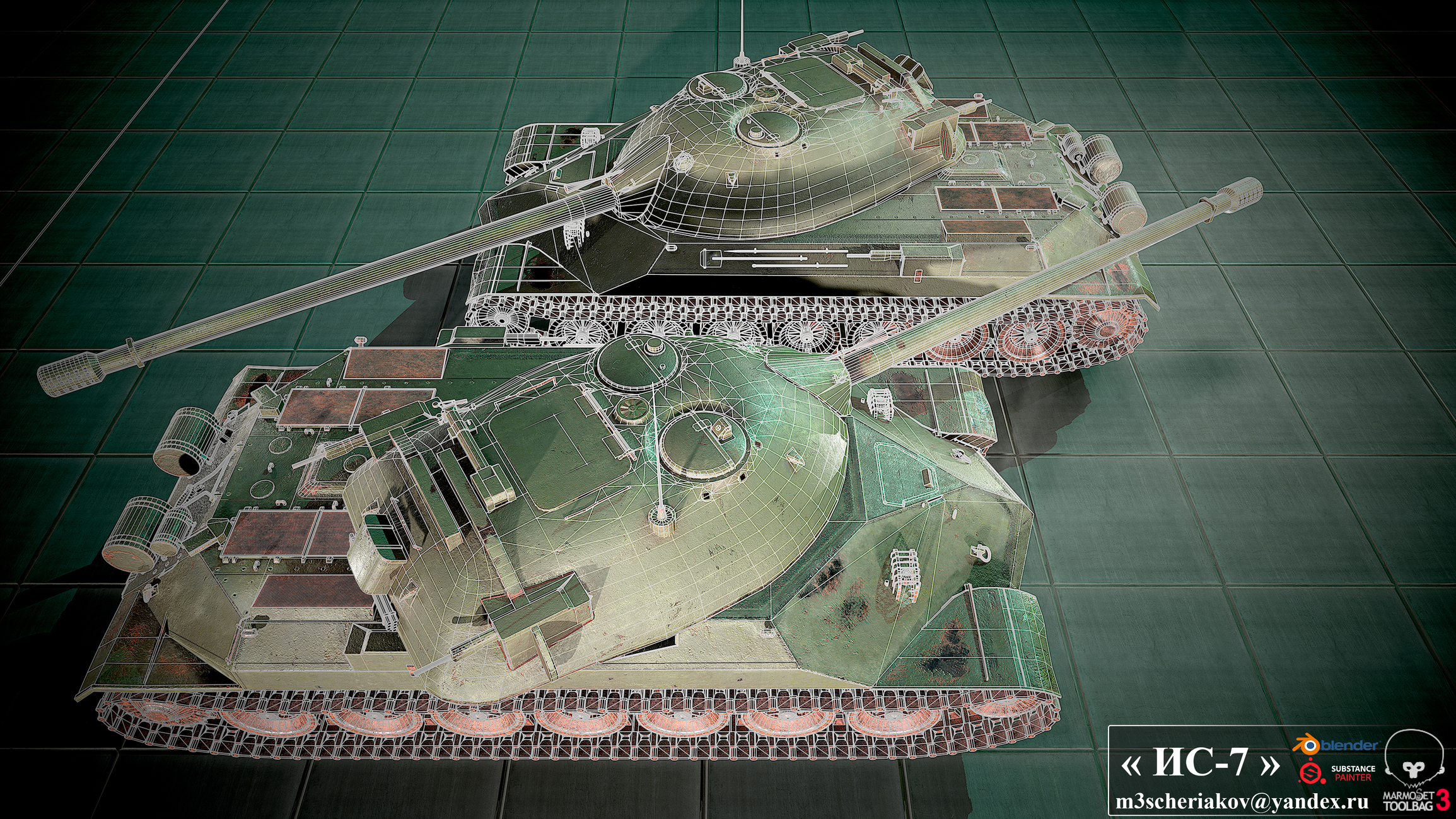 And here is a small circle around the tank (10 seconds of video):
https://youtu.be/xNoAT95-fbY
0 · Share on FacebookShare on Twitter
Tagged: