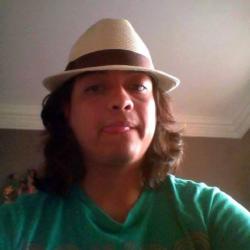 Onnessa
polycounter lvl 4
Offline / Send Message
Pinned
Onnessa polycounter lvl 4
Apr 24 2020
Hello fellow artist. Today i come to thee in search of your feedback skills. I recently started making some 3d environments (some based on concept art and others on some ideas that i get) Though none of them are of any outstanding level and thats why im here now. I want to start searching for true feedback from anyone willing to give it. Anyway, long story short. Started this scene after finding some cool corridor studies of many artists. Started modeling stuff and making substances on designer to learn the ropes of it.

Overall, the idea of the scene is of a space ship or someplace with a techy-corridor BUT! since i wanted to create some story. This place is being restored. What happend before it? Well i have many different ideas at the moment. From a biomass like infestation that would add some gross stuff at the back and some other things  or just a regular battle that left behind some remnants (bloodsplatters, bullet holes and the like) as of now i havent really made any of this stuff since i cant decide which road to take. Though i understand the huge importance of boxing in everything for the final piece, i wanted to try and get some coherent lighting and ship textures before hand.
As you can see on the post, still many things to do. But i would appreciate some pointer for where to go from here.Anything would be usefull.

Thanks for anyone that has taken the time to read and comment. Cheers. 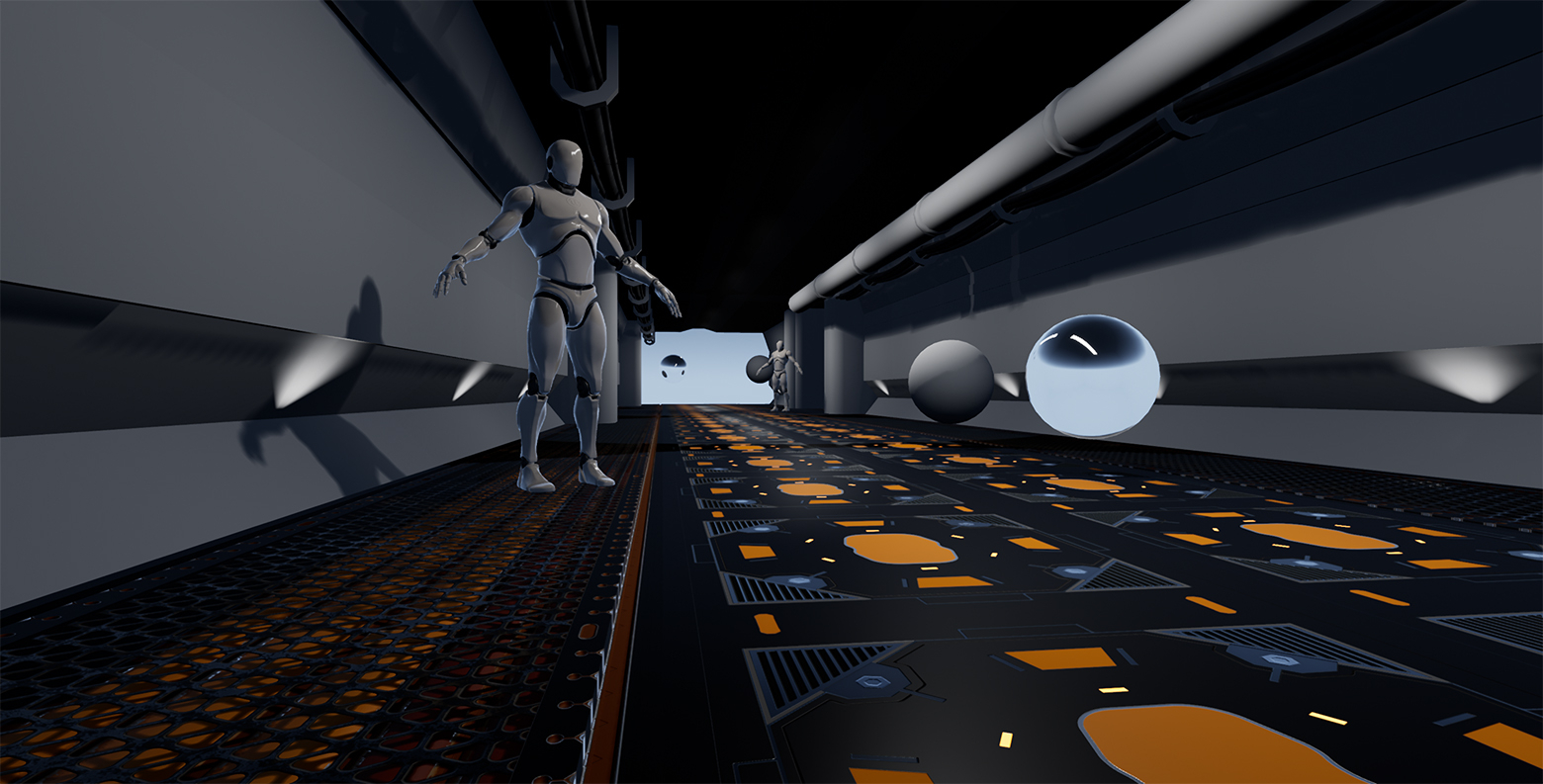 FirstBase Subtance on the right. On the left a texture done while following an artstation learning tutorial. 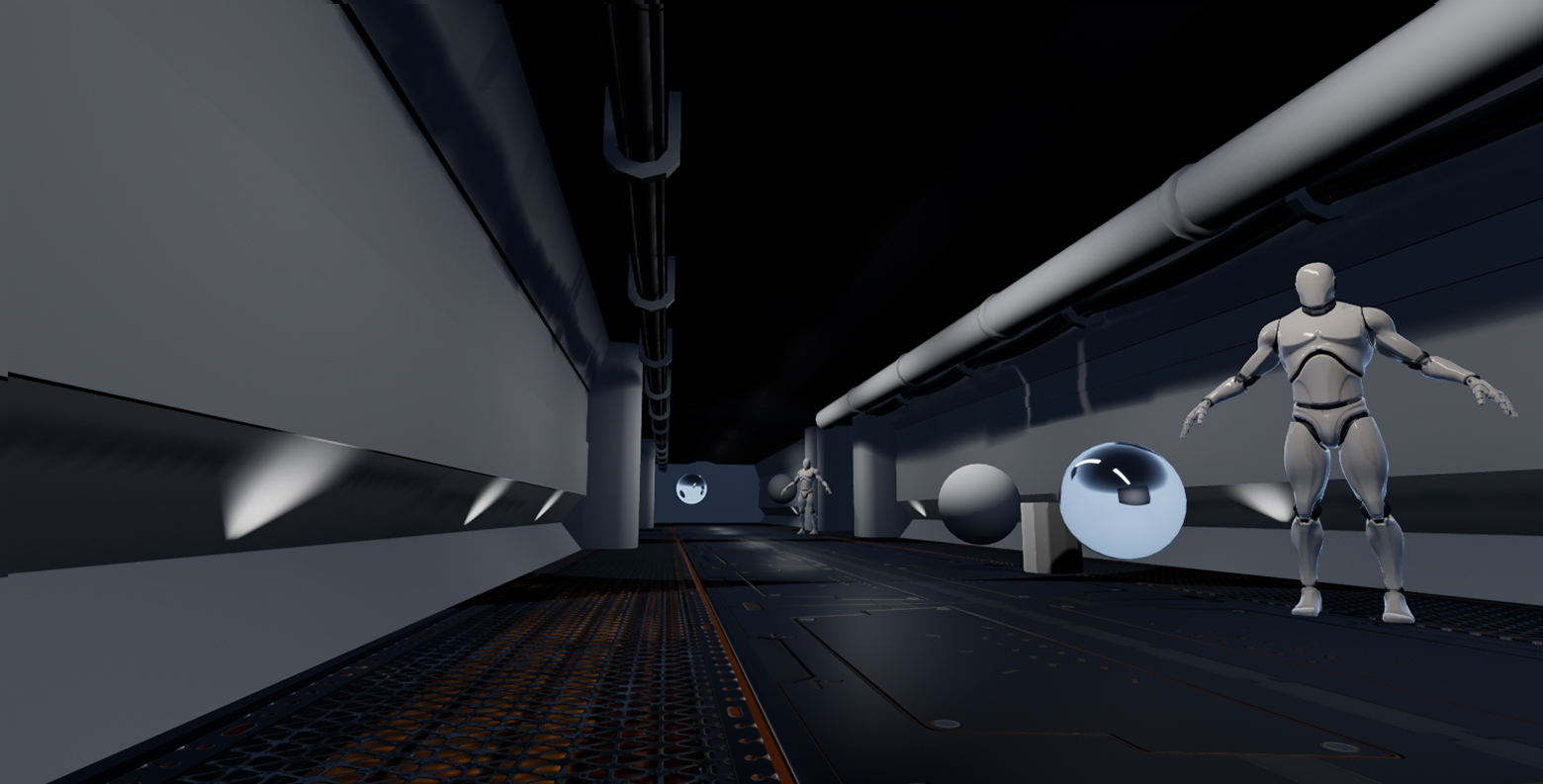 Decided to tone down on the detailing of the floor so went for this. 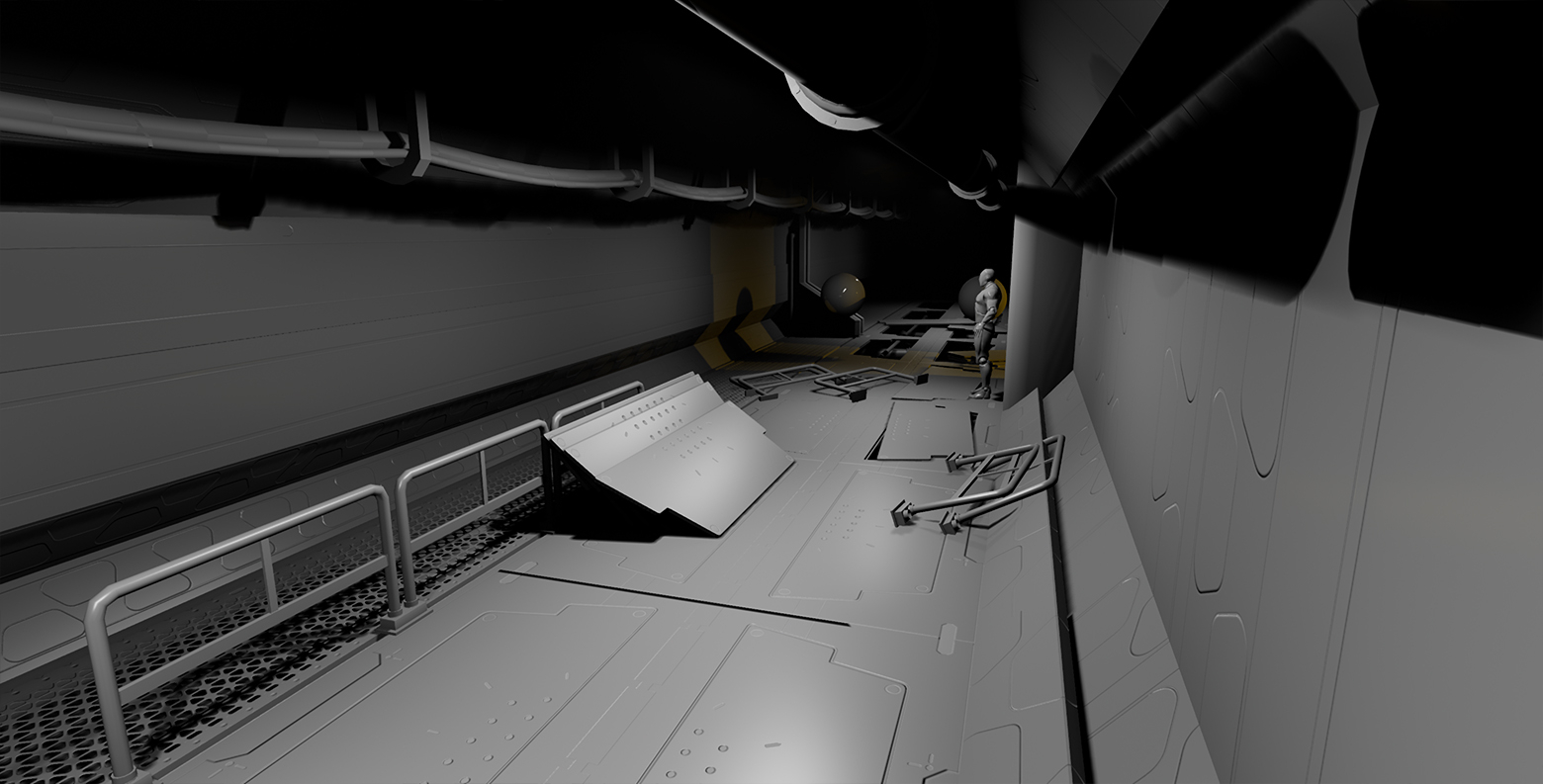 This and some following screens are for detail lighting on UE4 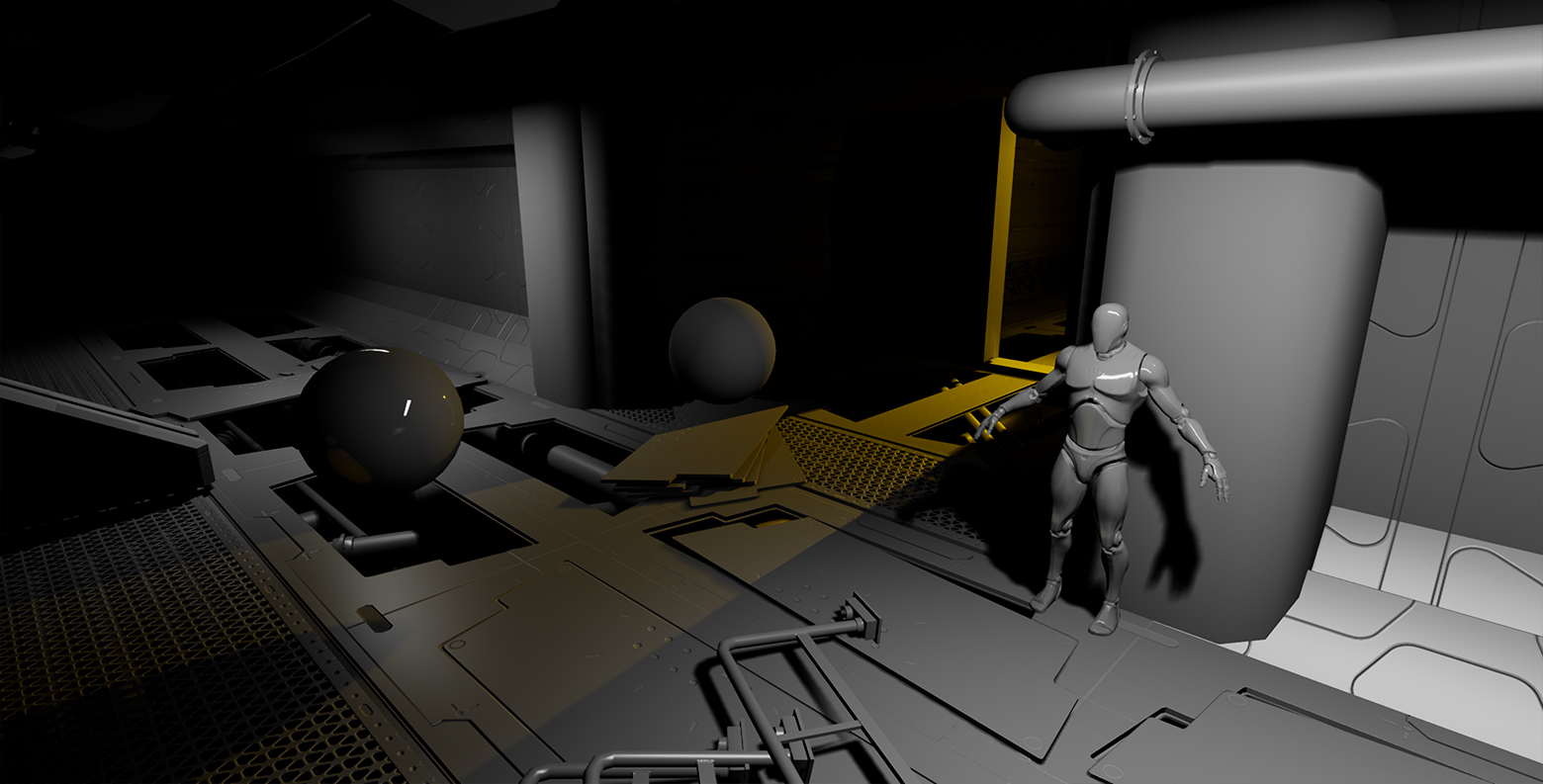 As you can see, walls texture is crap. Ive been battling with what to do with them to make them fit. 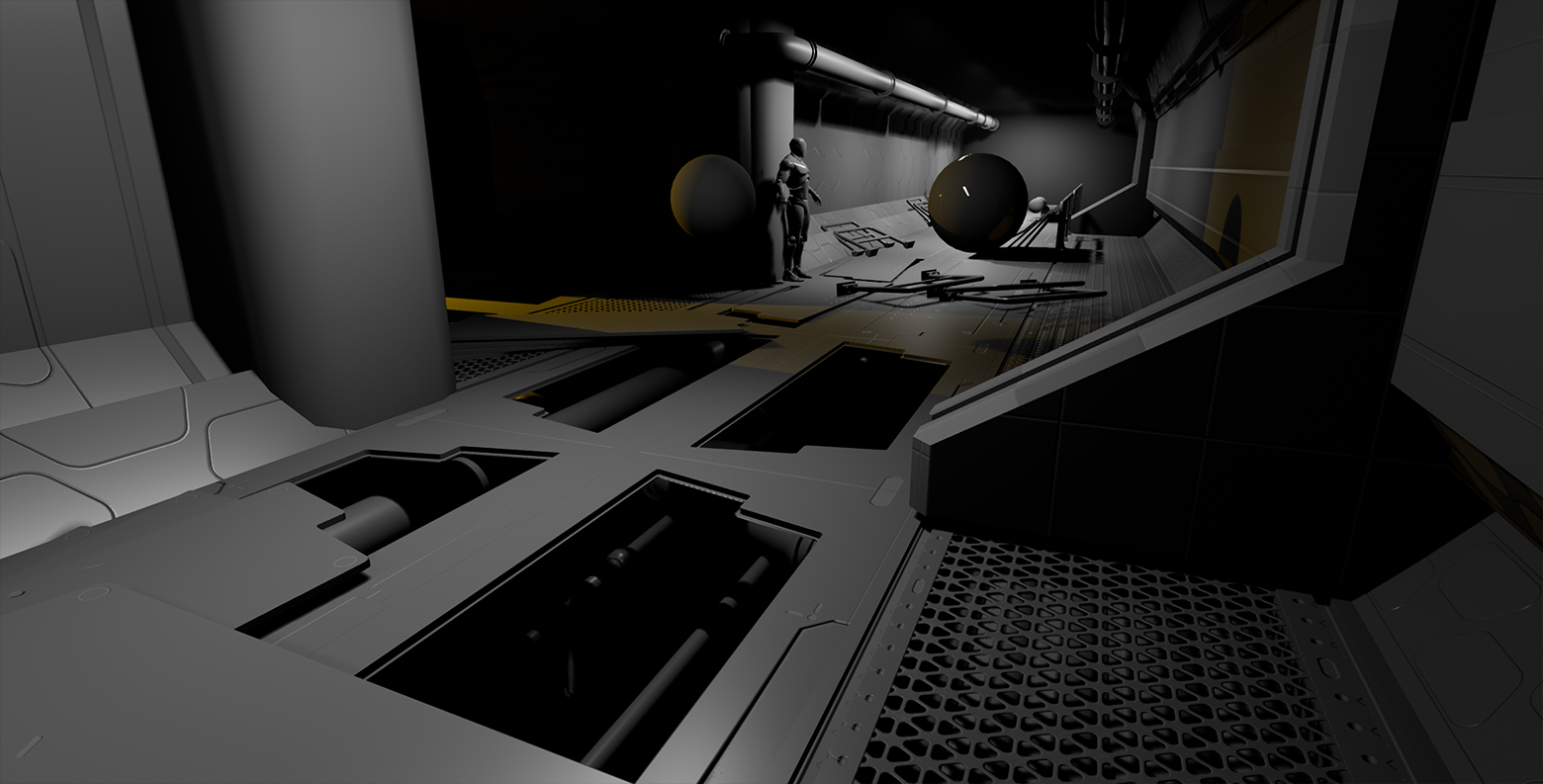 Following images are what ive done so far. They are just to dark at the moment, definitely gonna change or add some more sources. Still the roof is not done. trying hard to get something good concept wise that along with walls. 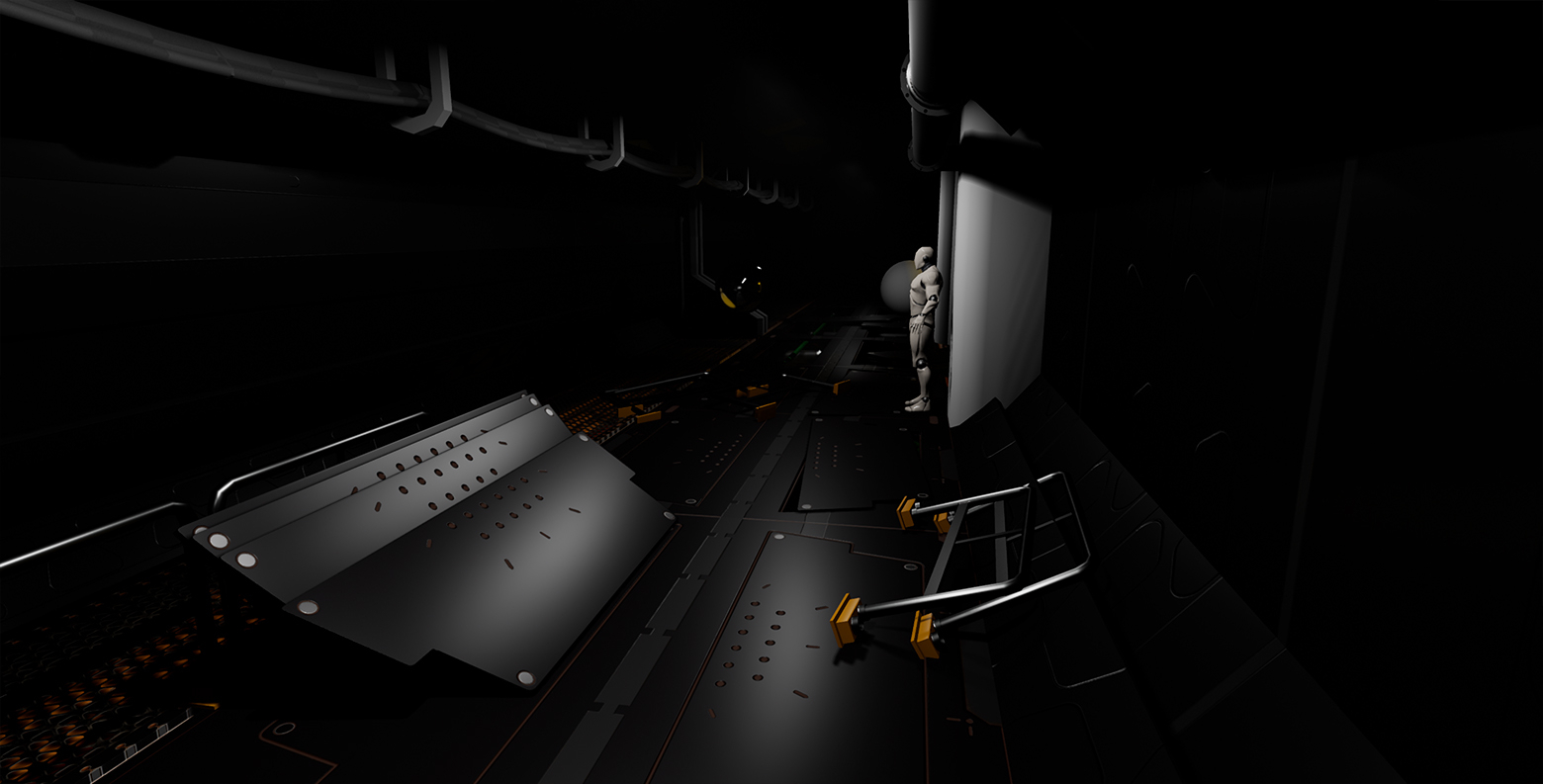 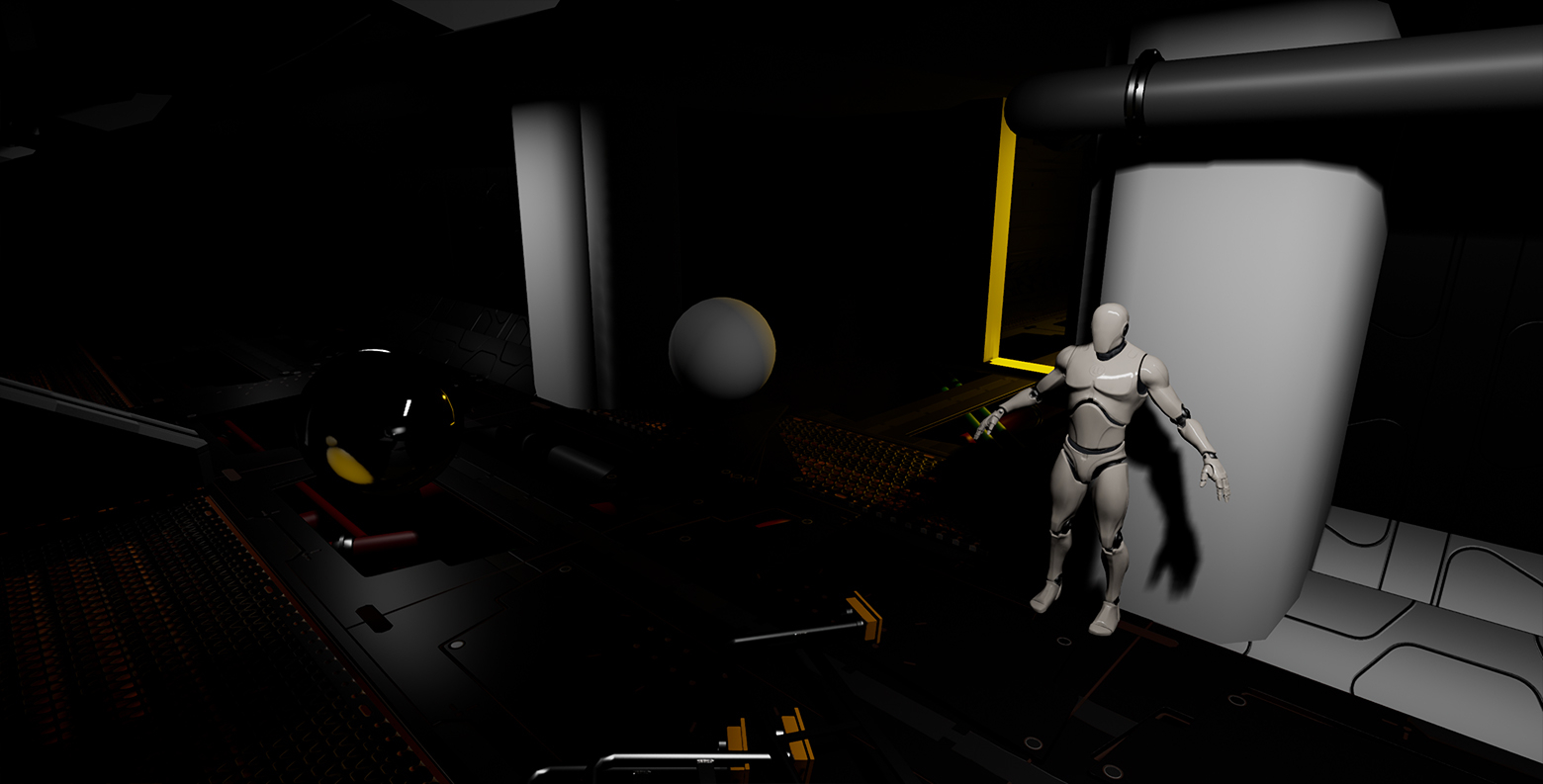 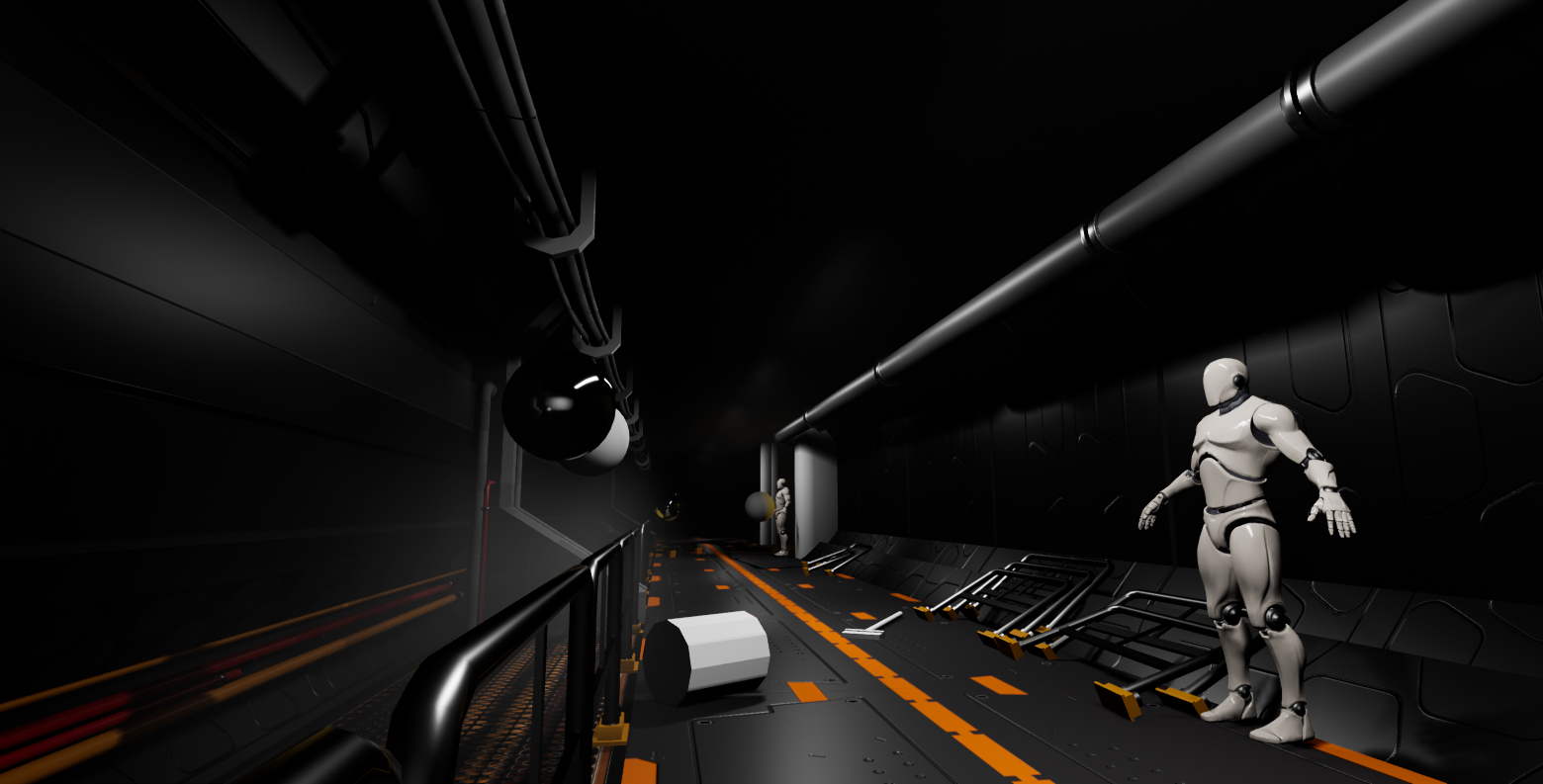 This is the latest floor texture change. Trying to add some variety to the place but i feel it still needs a ton more things to make it interesting.
0 · Share on FacebookShare on Twitter
Tagged: