The Legend of Zelda: Links Awakening has been one of my favorite games since my early childhood, so when the remake was announced I was beyond happy.
Back then I was such a fan that I actually wrote a ‘special instruction manual’ where I illustrated key moments of the game and even included a foldable map where I had drawn every single screen of the game in all of it’s detail.

It’s been a very long while since I had time for a personal project so when I found myself with some spare time I knew I had to follow-up on the ‘special instruction manual’ from yesteryear with another trip to Koholind island.

The goal of this project is to re-imagine the remake in UE4 and take it in a still stylized but different direction.

Here’s my progress so far after the first few hours:

First I needed, and still do, to figure out the scale of my world.
I want all the locations to be readily identifiable but suited for a more realistically scaled player.
So the first thing I did was fire up my switch, take my trusty shovel and start measuring blocks. 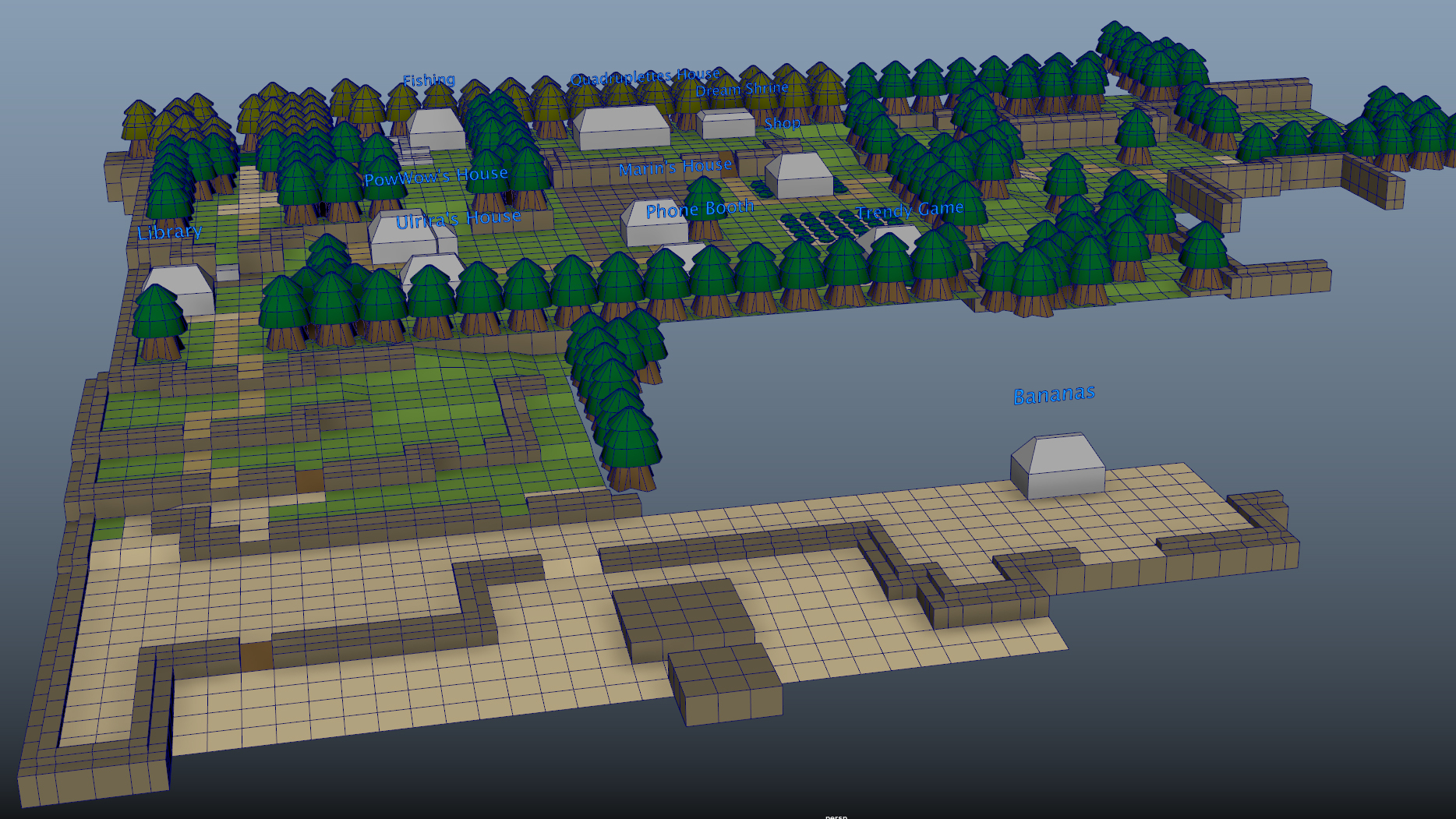 Once I had mapped out a chunk of Mabe Village and the surrounding Area I brought it into Unreal to get a feel for it. 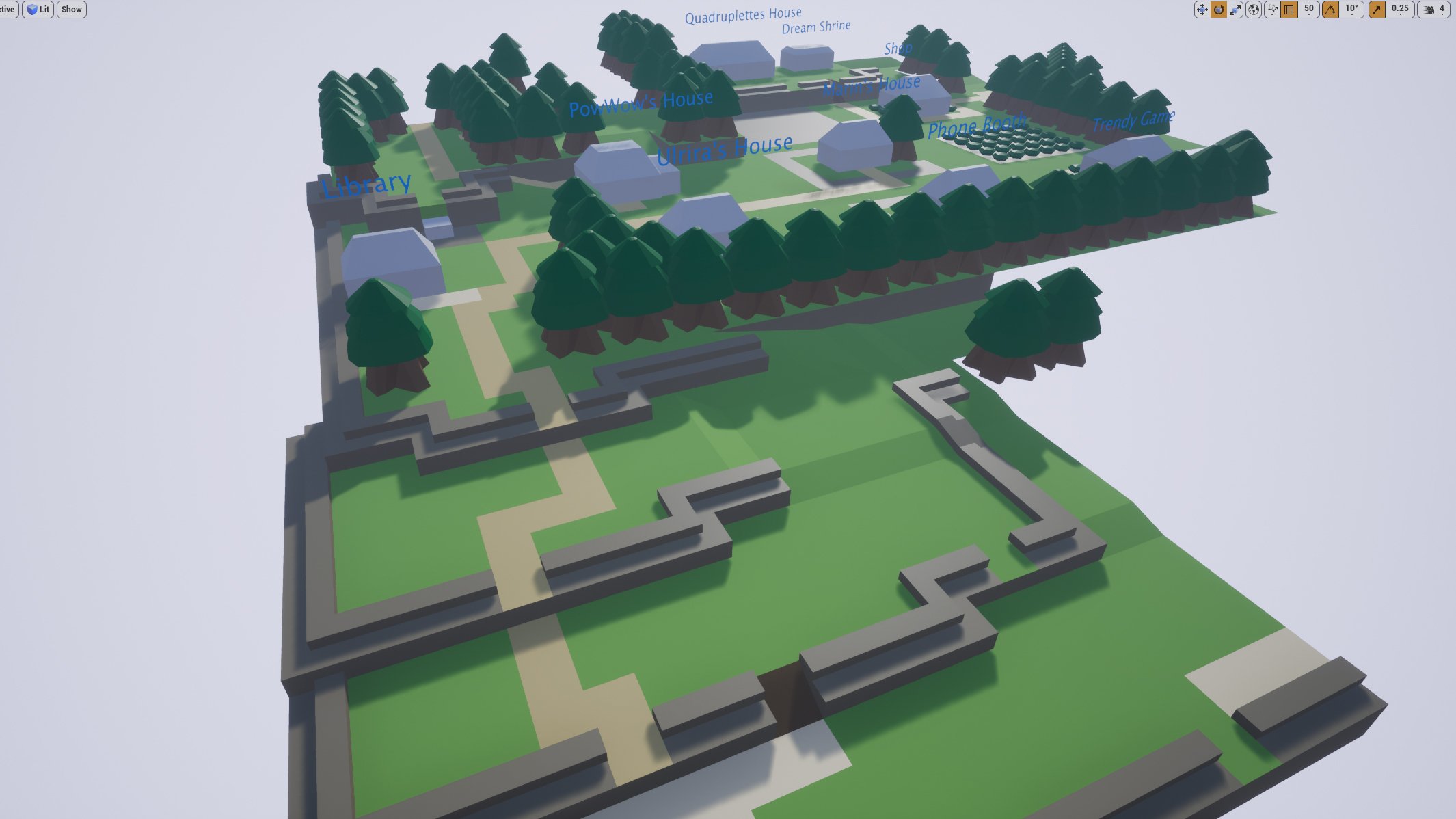 The next step was to turn it into an island, zeldamaps.com has a fantastic looking map so I grabbed that and circularized it. It was very distorted, and the scaling of the regions was problematic.
From there I went back into Photoshop and tried to align pieces of the map without distorting them too much. Once I had something I was happy with I started building it in Unreal.
The whole island is barely 1km in radius and features very distinct biomes so I hope that by keeping the areas small and separated it will be cute.

I’m placing heavy emphasis on familiarizing myself with the new landscape tools that came with 4.24.
The landmass plugin is simply amazing! If I realize that I don’t like something, I can refactor my landscape within minutes just by dragging a few landscape brushes around.

The next steps will be to finish the shapes that make up the island and then test it rigorously if it feels right. Then I can start building assets for it and proper materials for the terrain.