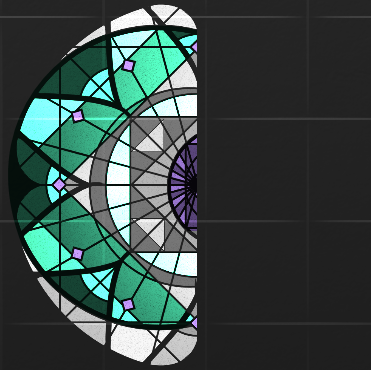 Lewis_kennedy
triangle
Offline / Send Message
Lewis_kennedy triangle
Feb 12 2020
One of the current personal projects I'm working on is a Subway interior, I decided to work on this project to try to improve my texture skills, for this I thought a more gritty horrorish like look would be suitable, since there would need to be a higher level of detail, the project is already very far along already, would appreciate any feedback on how it looks and what could be improved.

Front view of the interior of the Subway Car.

Started modelling the basics, e.g walls, seats, doors. will add further details to scatter around the scene such as newspapers, cans and other things.

I've tried to keep the wireframes simple and clean.

Here's the first unreal engine render, the only things textured at this point were the floor, cieling and doors. I kept the area well lit for now to see all the detail. 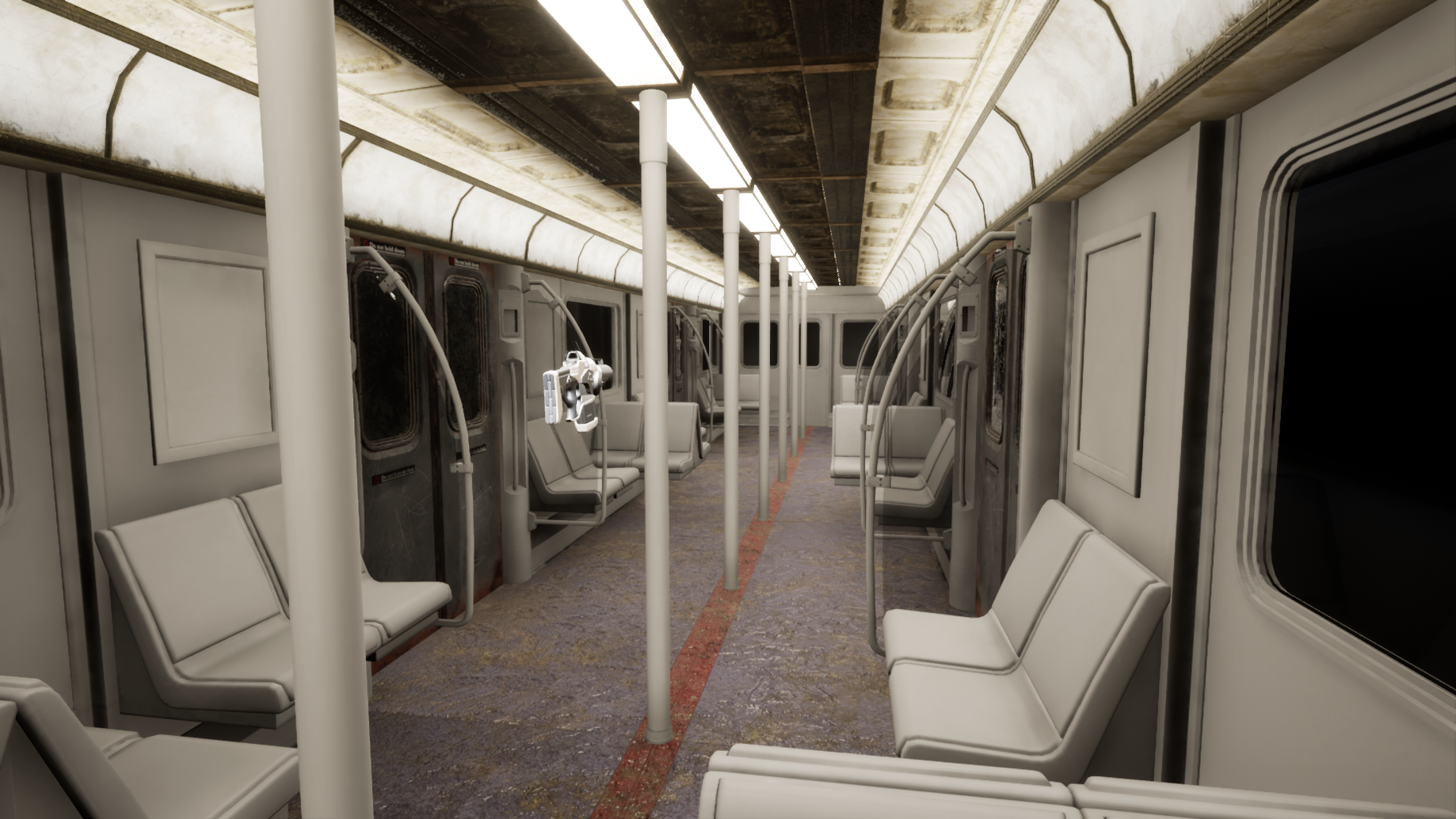 Textured the majority of assets now, used a tartan like pattern for the seats to further add detail, so far I've went with a high level of grime and dirt for the environment, not quite sure about the walls so far, I think they're textures will need to be reworked. also I'll need to make fake ads for the posters and the ad space above the walls. 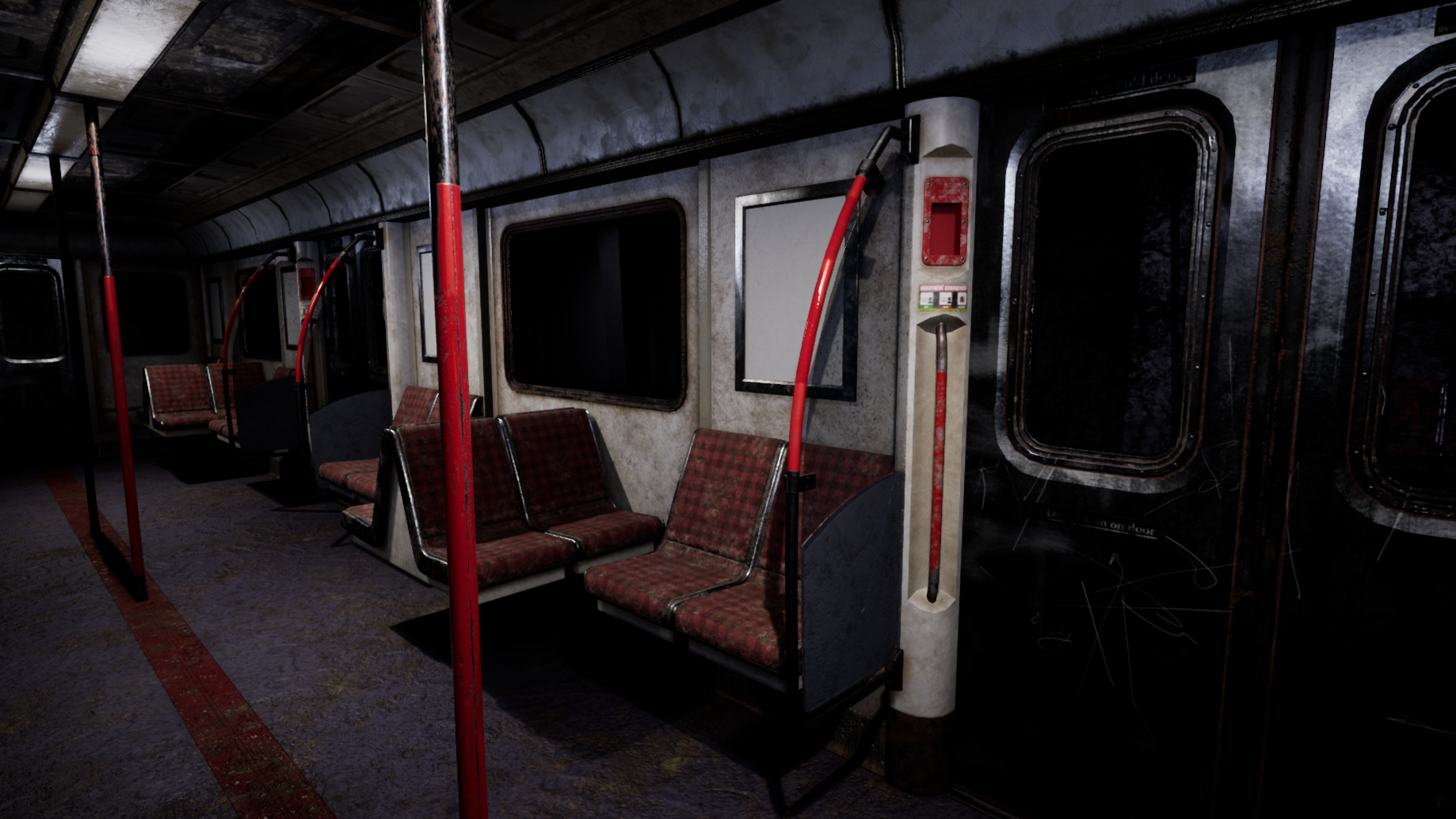 added further supports to hold onto, I think the red covers will need further wear and tear to fit the setting, a blue tint was added to the shadows to improve the atmosphere and the emissiveness of the lights have been toned down to look more gritty. 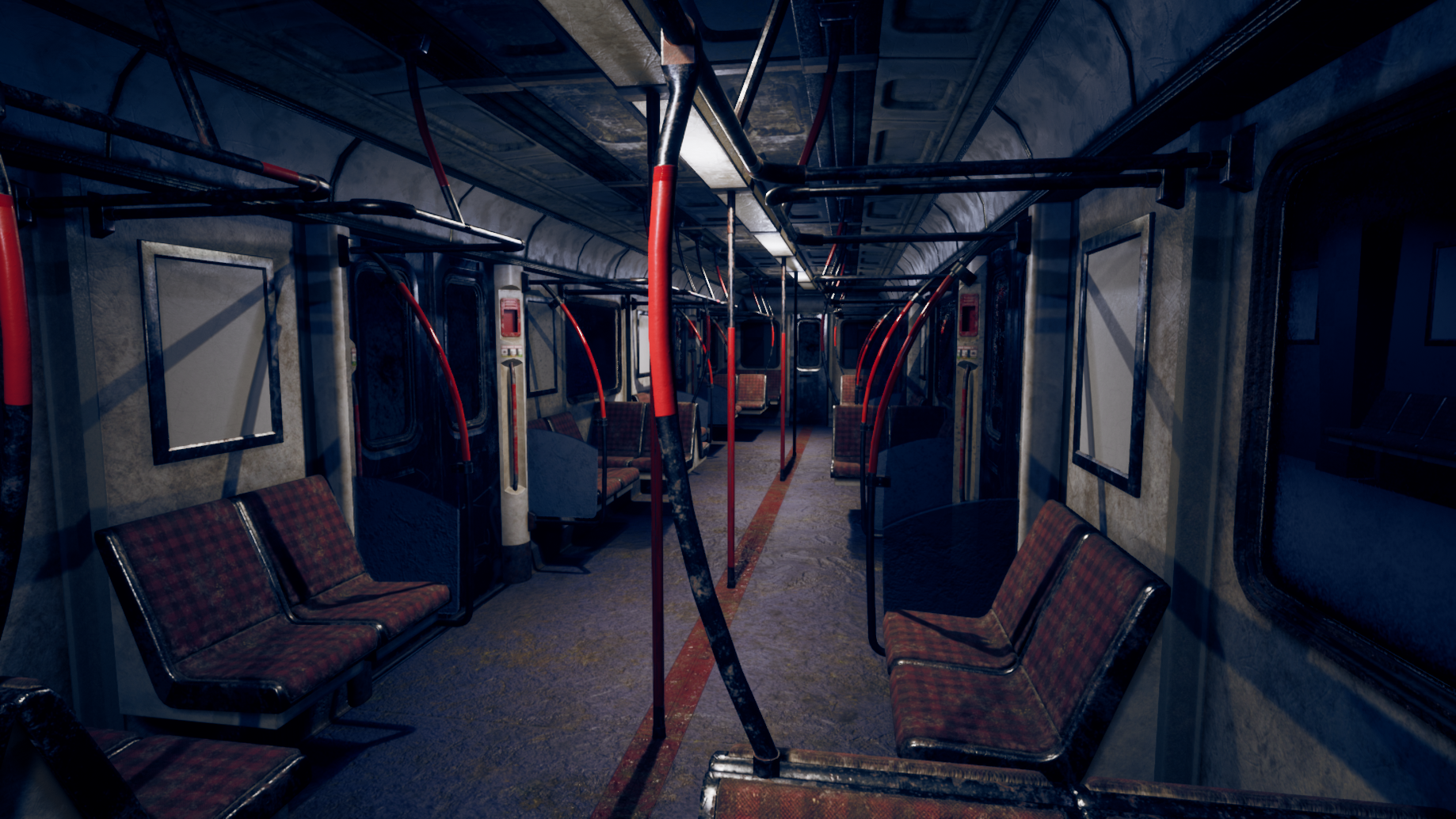 the poles look to disconnected from the ground, there's not enough support so far so I'll need to add more connecting them like a metal sheet and screws, leather straps to hold will also be added to the side holds for more detail. 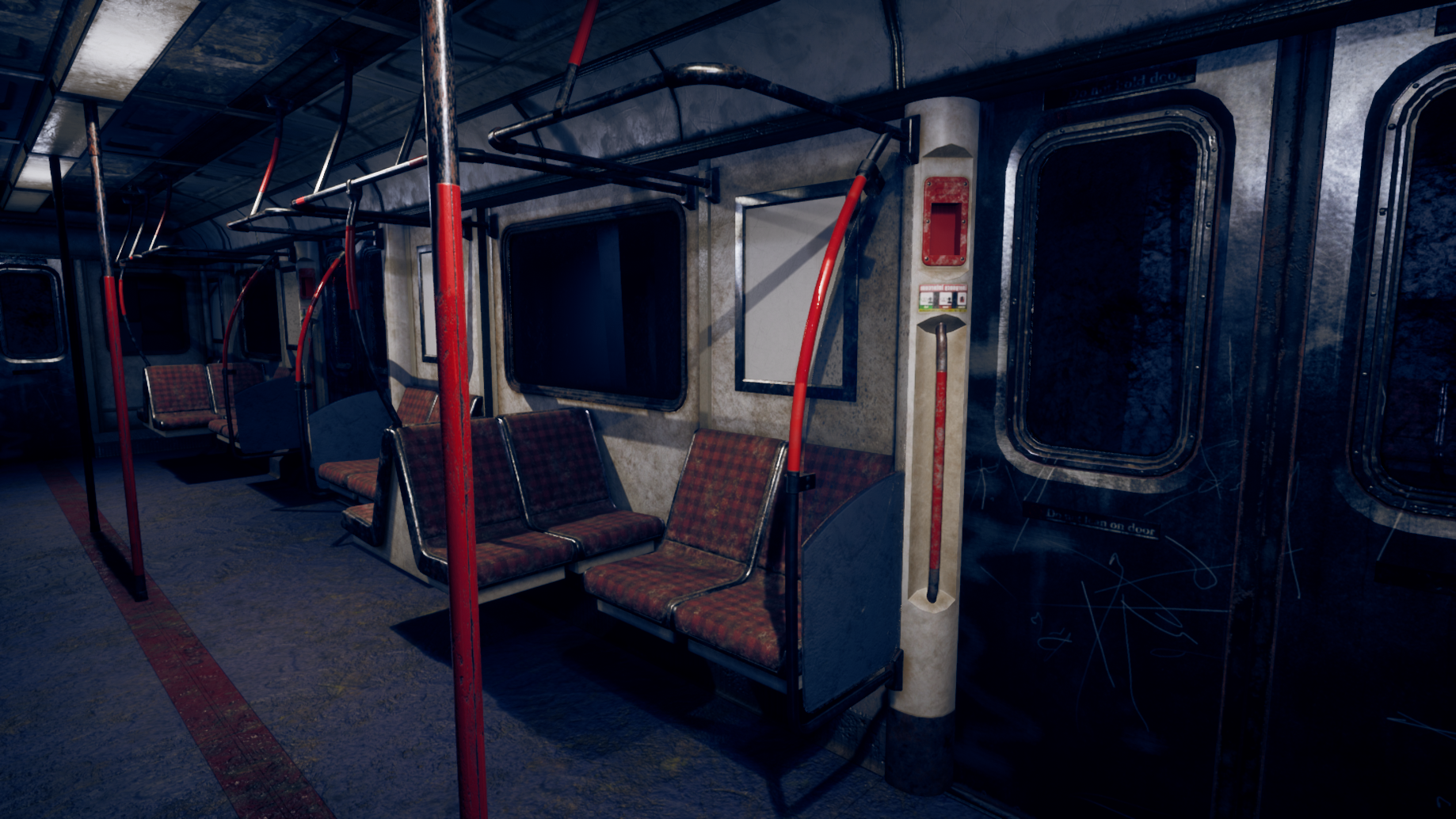 I'll be adjusting lighting as well such as more light pouring in from the windows and attempt a flickering affect to the lights inside, also making them less consistently lit.