Difference between elements and objects in rendering for games 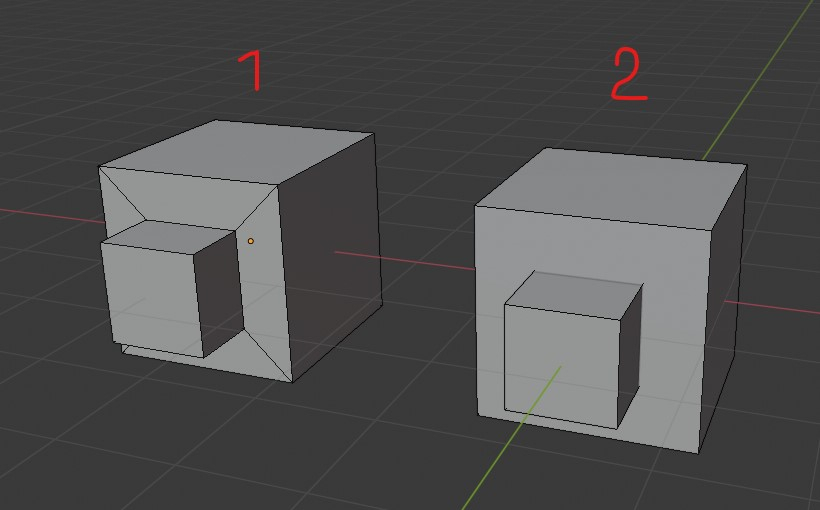 if look at the picture, you will see that I have represented two models which are same at final output. The left (cube 1) is a completely one element which has been created by inset and extrude commands. but the right cube (cube 2) is one object but with 2 elements (2 cubes which are intersected in each other).

Note : objects consist of vertices,edges,faces and elements. both 3D models above are one object but the right cube is one object with two elements, not two objects which are grouped together.

For rendering performance (regardless of cubes, think bigger meshes), which one has more impact ? do they cost same in rendering pipe-line ?

What is your opinion about grouping objects (such as parenting two cubes so at output we have two cubes which one is parent another)? I think it costs more because renderer should render every object. As far as I depicted in figure, I think cube2 will be rendered same as the time when objects are grouped together in hierarchy order.