Riddim
polycounter lvl 3
Offline / Send Message
Riddim polycounter lvl 3
Dec 2019
Howdy folks. I've been doing 3D since 2015. I had a wonderful networking event last night where my old teacher suggested I get on Polycount....
Well, I've been working on this sculpt for a few days and I wanted some critiques/advice. I'm doing it to show off my photoreal skills and anatomy knowledge; I haven't been intending on making it game-ready - just a pretty BPR render. 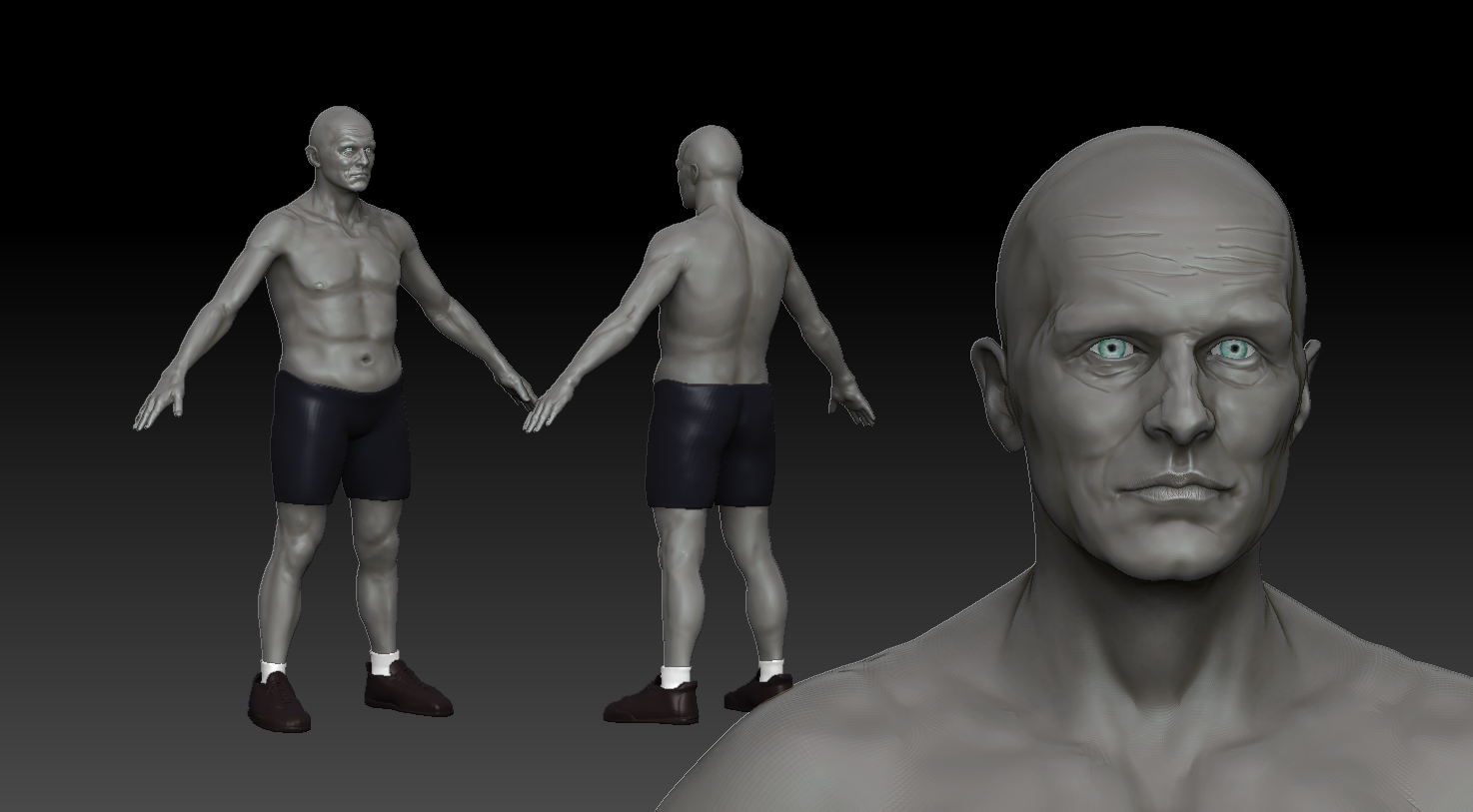 References: https://i.gyazo.com/c00851335f8e85930923f58775a0051a.png
I've been sculpting Rutger Hauer/Roy Batty because I figured that the old "photoreal human" on my profile needs replacing: https://www.artstation.com/artwork/3oBorg
[the lips and cheeks strike out to me as being very wrong]
I started with a basemesh. (Daz3D Genesis8)
I deleted my low resolution topology too early I reckon. I couldn't see an option to raise it higher so I just "ZRemeshed" and lost all of that old information... I feel like I've gotta get my head around Zbrush and all of its weird little things that do a similar job, yet are different - (like ZRemesh and DynaMesh) still, even though I've been using it since early 2018.
I feel like I need to strongly practice my anatomy knowledge - luckily I've got new, excellent tutorials.
I've spent a few whole days on this so far - should I put it in the bin and start a new sculpt? (I've been doing mini-sculpts from scratch, but I really want something portfolio worthy and want to cut back on time and want to do what the industry does.)
TL;DR - here are my questions:
1. "I've lost the lower-res topology and it's becoming quite hard to modify the forms of the face. Should I just restart?"
2. "Is a BPR render acceptable, for a game-focused portfolio?"
3. "part of my brain says this sculpt is acceptable, despite the flaws. Am I doing myself a -big- disservice by putting this sculpt on my portfolio, at a stage that isn't much more refined than this?"