[CLOSED] Looking for 2D artists for characters and world. But there's a catch.

OlafsOsh
Offline / Send Message
OlafsOsh
Jun 2019
Hey! And the catch is as follows....

History first. I am working with an artists now and the adventure game has already one Hub [example attached] and characters drawn - we already had a playtest. Now, for the Demo we need three more hubs and characters. I provide with the layouts for them, with image references to everything, backstories and details of characters [they are small in-game, prototyping for art-book we leave for later.

In September 23rd we have announced a Demo, but, obviously, all the graphics should be done by the end of an August at the latest.

SO, here's the catch! And it's not an easy task to write these lines, believe me. An honest question - are there people, who could mimic the style of the things we have already built and create new ones? We have a major slowdown on the artist's side and I am afraid I won't be able to finish things if everything goes at this pace. Possible way to work is to get a new artist on-board completely or divide the job between existing artist and the new one.

Also, I would need to know approximate numbers for such a job.

After the Demo release I take care of the funding for the Full Game and things get way better priced. I am freelancer myself, so I won't even ask someone to consider rev-share, but, if there's a possibility to get a discount for the demo work for the prospects of later payment raise as we work on a full game - I would def be happier. But I will be straight up with the fact, if I cannot afford the artist, trust me.

I attached the examples of the First Hub and Bar from it separately. As you can see, characters are not large in scale, if that changes something in your work.

Thank you for your time. Any questions just shoot out here or to olafs_at_grunnd_com 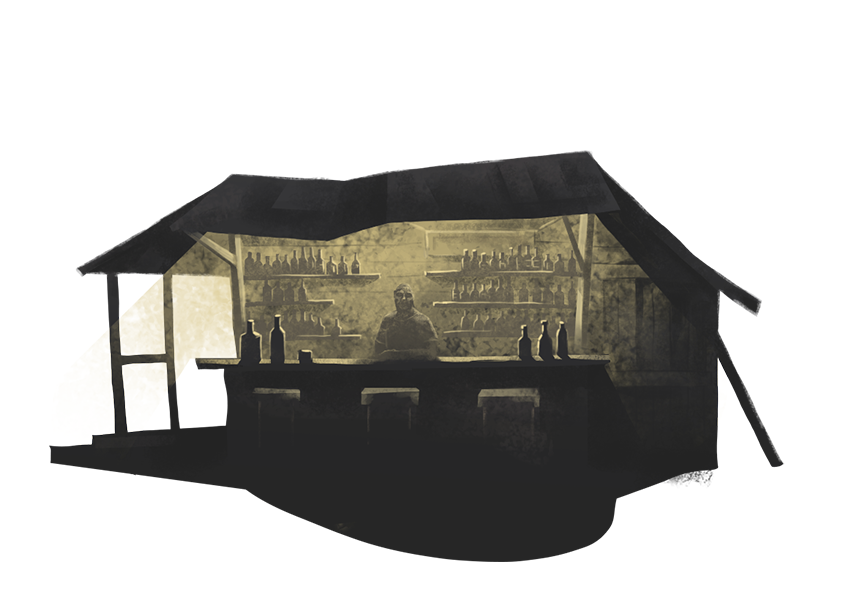