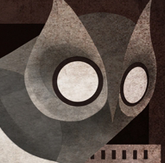 _Emblem_
polycounter lvl 7
Offline / Send Message
_Emblem_ polycounter lvl 7
Apr 2018
Edit: Okay, never mind since reading the rules again I saw it said it needs to be set too public so I changed it real quick. At least frosted ultra detail says its thickness is okay.

Hello, well this is my entry for the contest. I'm still a beginner, so I thought maybe this would be good practice, plus I really like Dota 2. I picked the ranged mega creep for the model, originally it was going to be a sculpture of him fighting a mega melee creep but I ran out of time so I decided for a nonviolent scene instead. It wasn't planned at first, but I ended up giving him a name and Razmus just popped in my head so I just went with it and then came up with a little story of what he is doing because why not. Now, since I am not that experienced and of course I picked a character with leaves all over them the model print said it was not really thick enough and most of what I tried did not work so it has that problem which is why i did not put it up for sale. I did not post any progress when I started for just in case I did not finish in time, but I still took screenshots just in case. But other than that I did really enjoy participating in this contest by making this model and hope to join in other contests in the future. Thank you for reading and good luck everyone else. Also, sorry for any grammar mistakes.

Description: "In this war-torn battlefield filled with death and misery, there is a radiant creep with the faint remembrance of the name "Razmus" echoing in his head, a name he has not heard long since the war began.
But even in times of war can something so simple as a flower bring calmness too even a creature that knows how to do nothing but fight anymore? He wasn't sure what possessed him at the time to step out of formation and travel through the nearby jungle, he had seen the heroes travel through it time and time again.
It was then that Razmus put down his staff and confusingly stared at a lone flower sprouting in the middle of the jungle, its petals glistening in the rays of light shining from above the trees, at that moment as he plucked then stared at the flower now in his hand he remembered something that he had forgotten long ago resulting from years of being in the battlefield.
Tranquility and peace of mind."