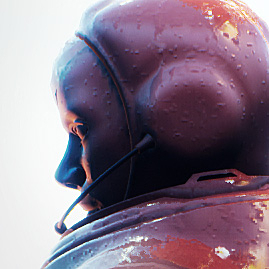 This is a summer project I started a few weeks ago, the goal was to find out if tessellating foliage would kill performance on a modern midrange PC.

Most of the R&D is done at this point and with just rudimentary optimisations a GTX 970 paired with an ancient Sandy Bridge processor framerates are in the 20s. With the tech sorted out I'm just having fun with this scene populating it with assets, I'll be posting updates as I go along.