For many years I’ve been doing mostly still image artwork, and during the time of creating one of those still images, I had an idea that it would really be cool to actually be able to experience what was taking place in the image instead of only having the still image.  One thing kind of led to another as I had ideas for things, and I realized there were a whole bunch of ideas I have had for images, and other things I enjoy doing, like playing music, painting, coding, that were all kind of converging and could fit together into this one single work of art.  It's really turned into a whole new way for me to do artwork.


Downloads
Since it's not something that I'm planning on trying to sell, I thought it would also be fun if you could play the game while I'm making it, so you can find the link to the working game, or artwork

Purpose of the Project

To tell a little about the purpose of it and the core of what it’s about, it’s a work of art that is all about the heart and having an open heart versus having a closed one, but since it’s experiential, I really just want to make something that opens your heart while playing it and maybe even brings a bit of healing or respite from the difficulties in life, if that’s possible. I think in the end, being able to have an open heart and knowing that we are truly loved and accepted as we are, that we are okay, is what we all long for the most, but can be one of the most difficult things to keep and accept, because it makes us vulnerable to being hurt again. But it’s also one of the most important things to have in life and effects everything we do. This whole idea of the heart changing is central to what this game is about. Love coming in and flowing back out again, and that when the heart is closed off, it blocks the love from flowing.

For me, it was Jesus' love that opened my heart and keeps on opening my heart each day. His love has changed who I am as a person, and I don't really even know how to describe what it means and the reality of His realness; but when you really encounter, not a religion, but the existence of this person Jesus in your life, everything changes. There is know way to ever go back to an existence without Him, and He's as real as someone standing in front of you. It's like, my goodness, He's real and alive, and what's more, He completely knows me, yet loves me so deeply, and I'm worth so much to Him. A lot of days, it's really tough to keep my heart open with all the difficulties that come in life, and all the things that come from all of us interacting with each other, but that's just kind of the way life is when we have free choice to hurt or look down on each other. Yet, in spite of those things, I know everyday that I am forever accepted and loved by Him just the way I am, and that love has a way of opening my heart again.

It's why He gave His life on the cross was because He loved each of us so much. As the prophecy that was written about His death seven hundred years before He came says, "Surely He took up our pain, and bore our suffering, yet we considered Him punished by God, stricken by Him, and afflicted. But He was pierced for our transgressions, He was crushed for our iniquities (sin or evil we do to each other); the punishment that brought us peace was on Him, and by His wounds we are healed. We all, like sheep, have gone astray, each of us has turned to our own way; and the Lord has laid on Him the iniquity of us all... After He has suffered, He will see the fruit of His suffering, and will be satisfied; by knowledge of Him, My righteous servant will justify many, and He will bear their iniquities." (Isaiah 53:4-6, 11, with footnotes) It really was His incredible love for each of us and His heart's desire to bear the consequences of our evil so that we could have eternal life with Him, if we choose to be with Him, and it pleased Him to go through what He did, looking back upon what He had done and being satisfied. It just always makes me so sad though that so many people miss out on getting to really know Him in their lives, Christian and non-Christian alike. They don't know what they're missing out on

. He really is the one who everyone is searching for, if they would only ask to know Him and make Him the ruler of their hearts, but that's another story

To get back to the main topic though, really the entire CG industry is based around all of us wanting to be loved for something that we’ve made. It’s one of the things we all long for the most in life.  For me, it’s such an absolutely wonderful thing to wake up everyday being loved by God. To know that you are loved so completely changes everything in life, and I guess it just seems like, out of all of the things we live for in life, if there is anything I would like to do, it would be to be a part of opening someone else’s heart to be able to care and love again and, in some way, know that they are loved as well.

This rather old interview with someone explains this heart change quite well too: ttps://www.youtube.com/watch?v=63vM7NcrB-o


And that’s it really; it was a bit long, but now you know why I’m making it and what it’s about. 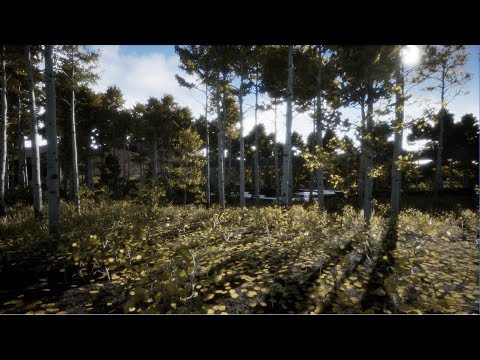 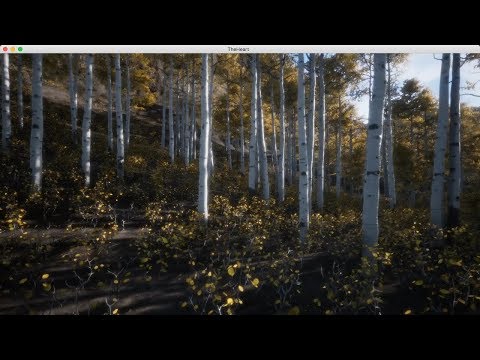 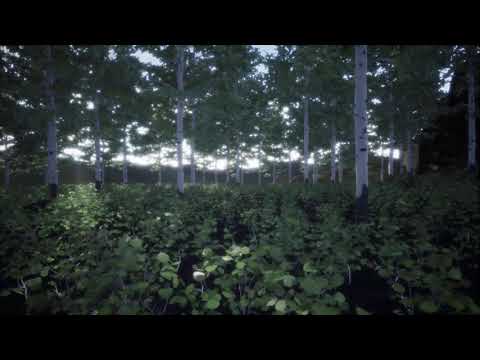 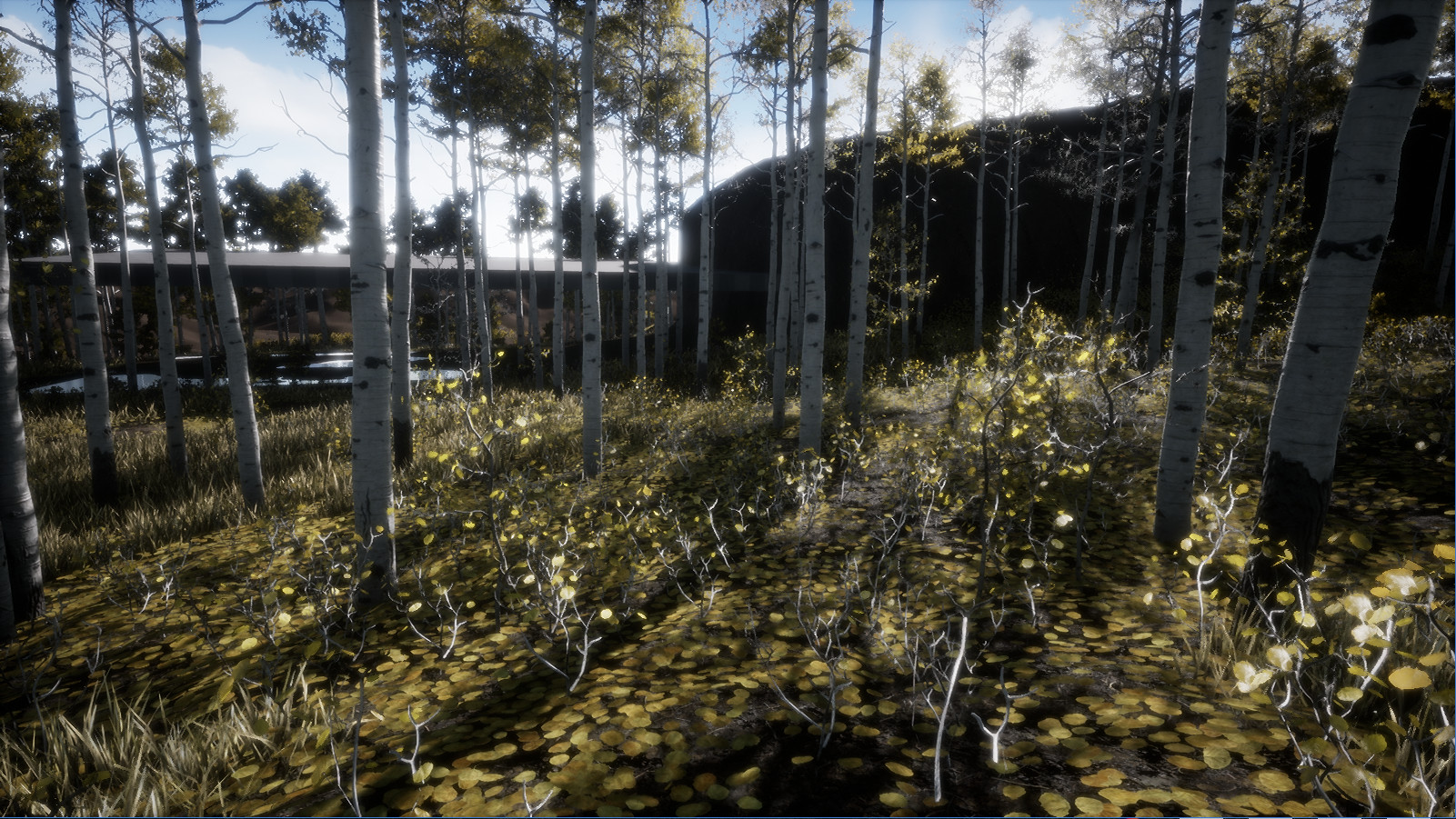 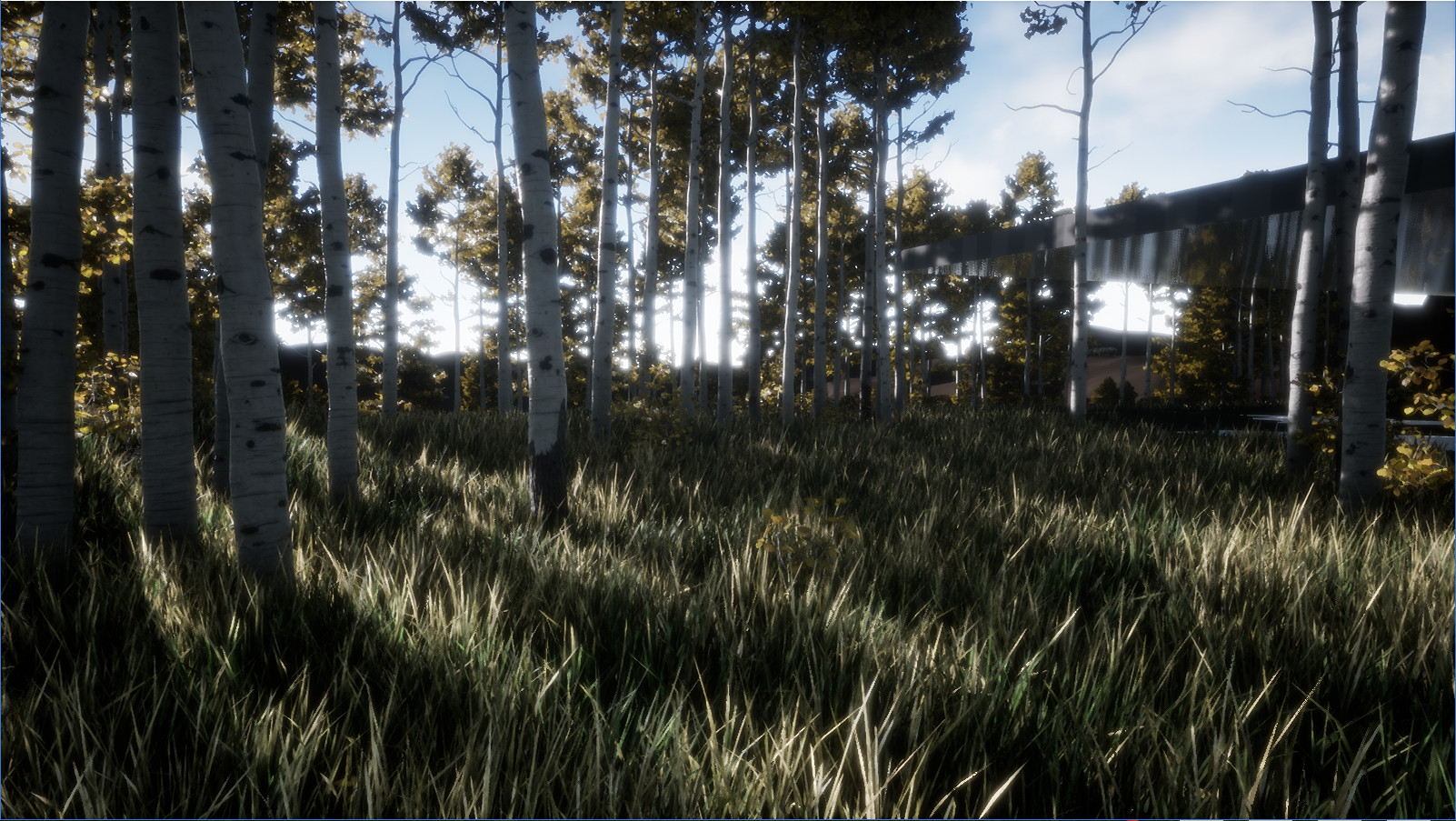 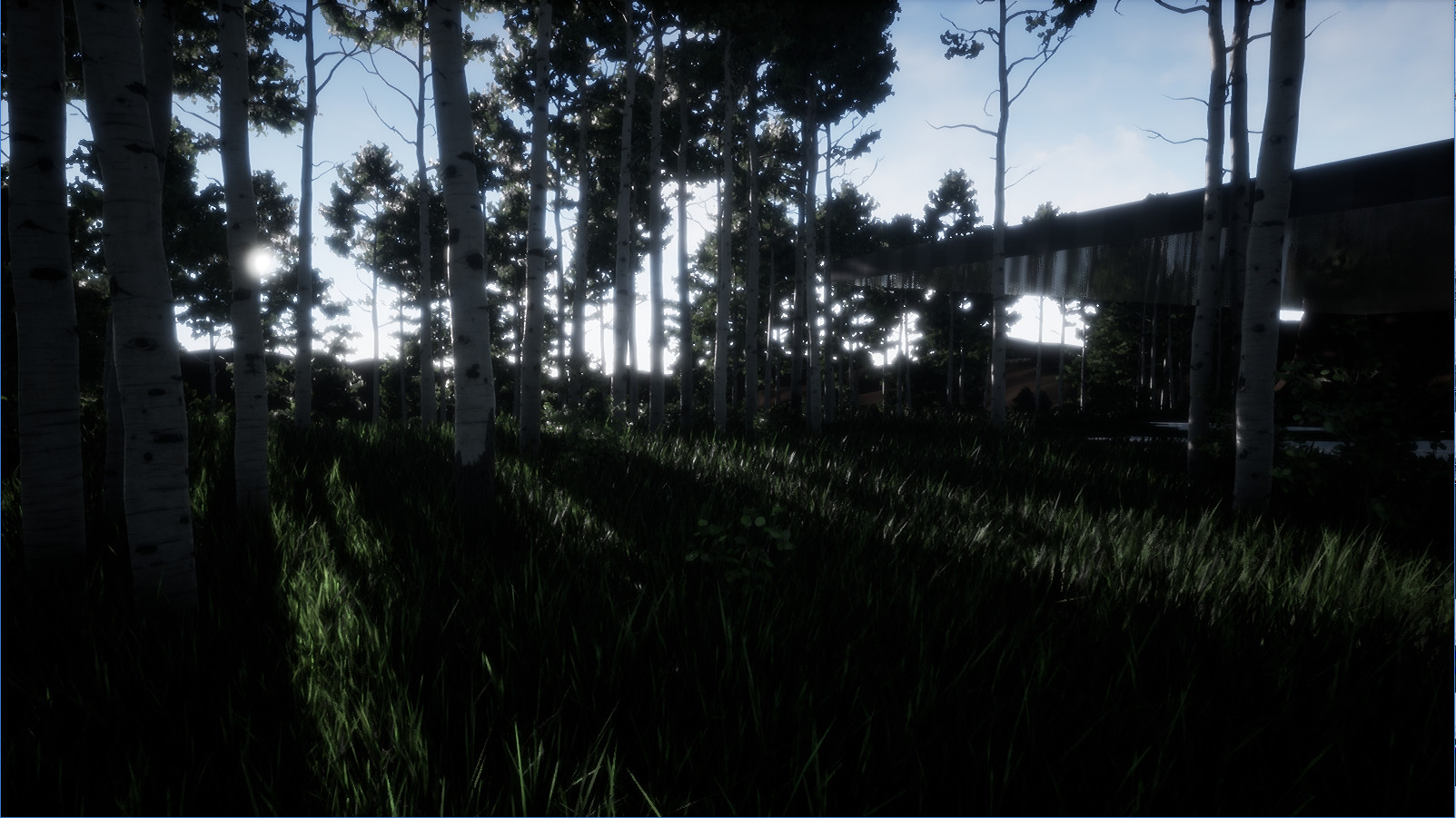 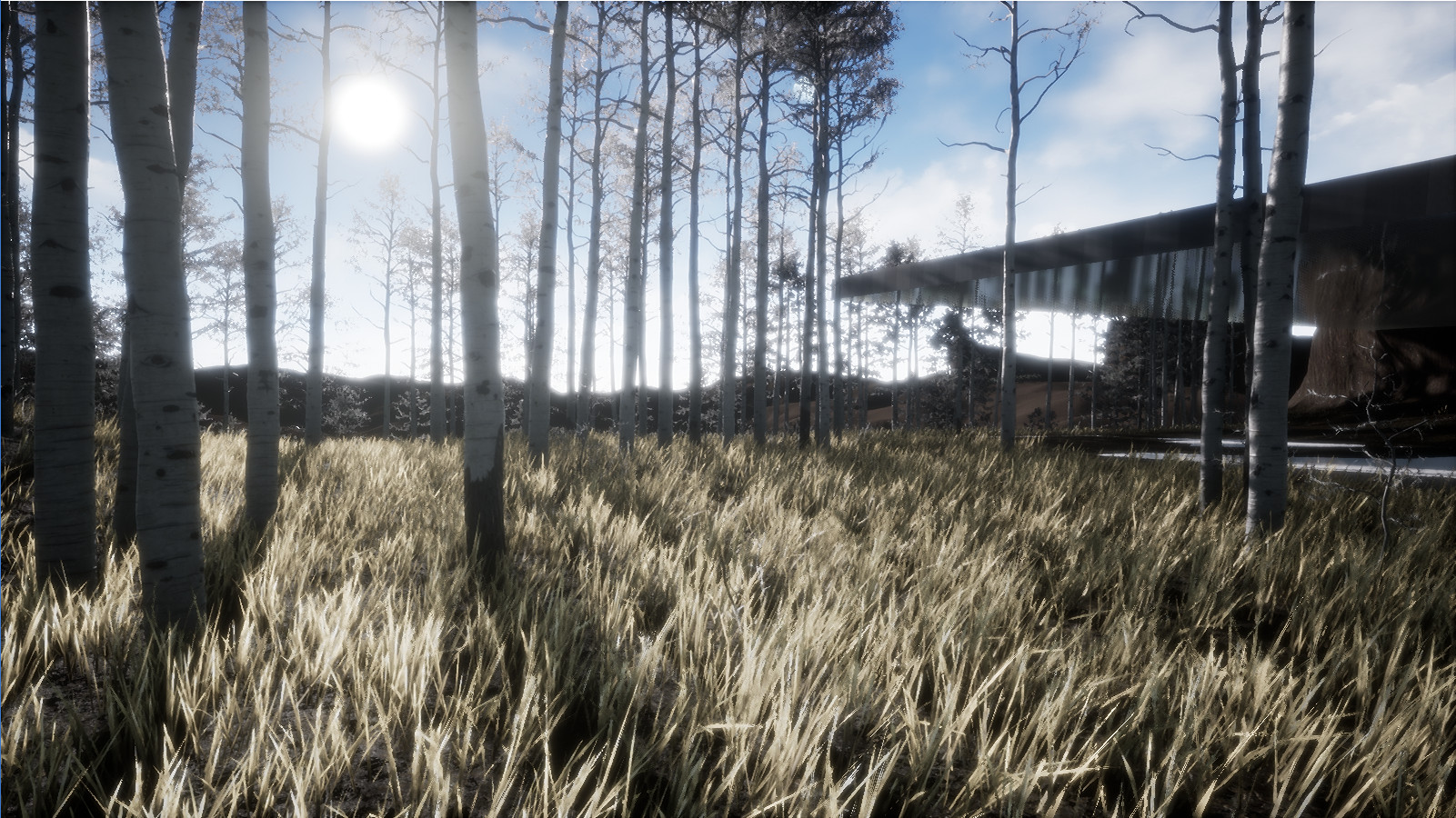 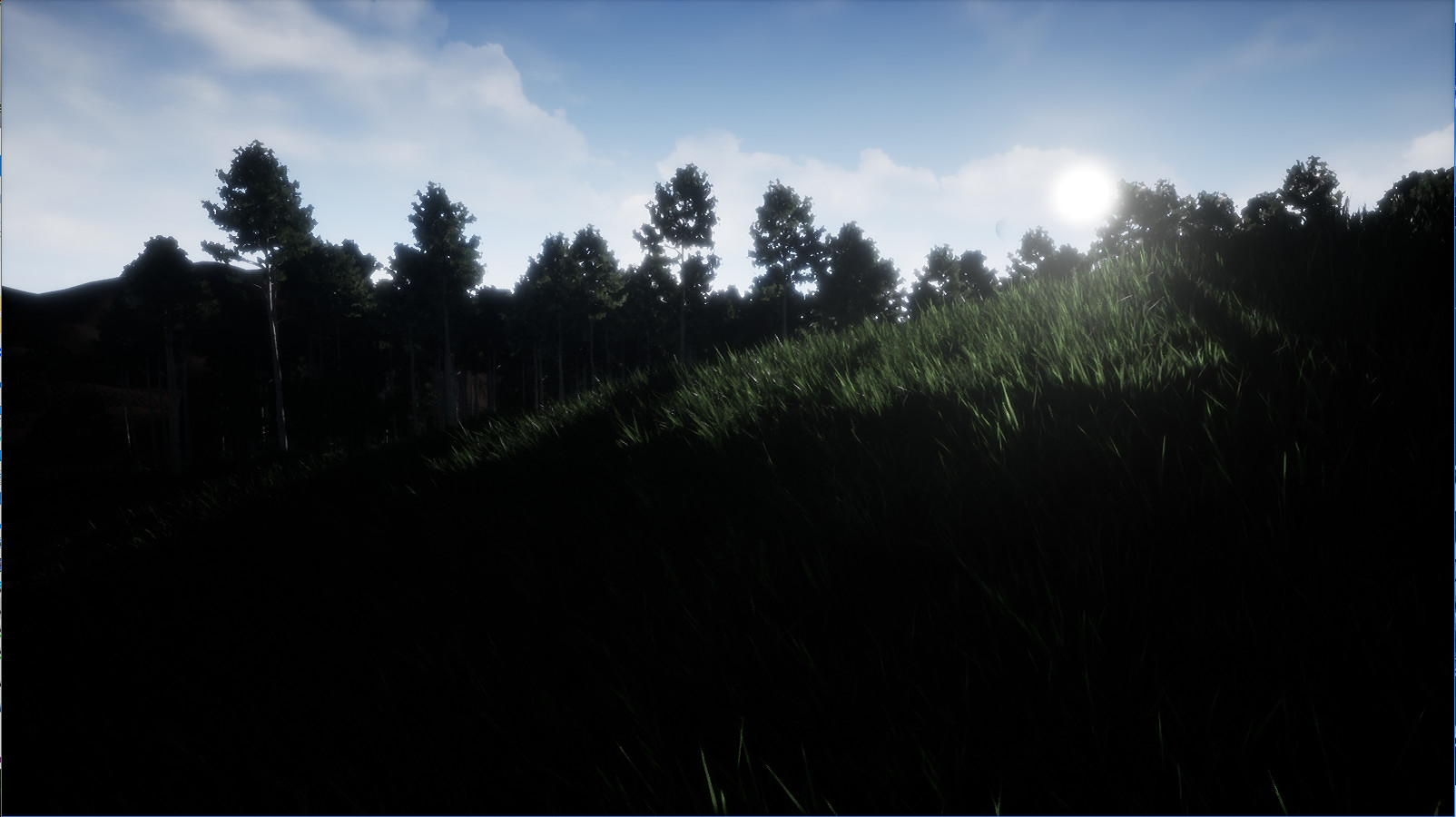 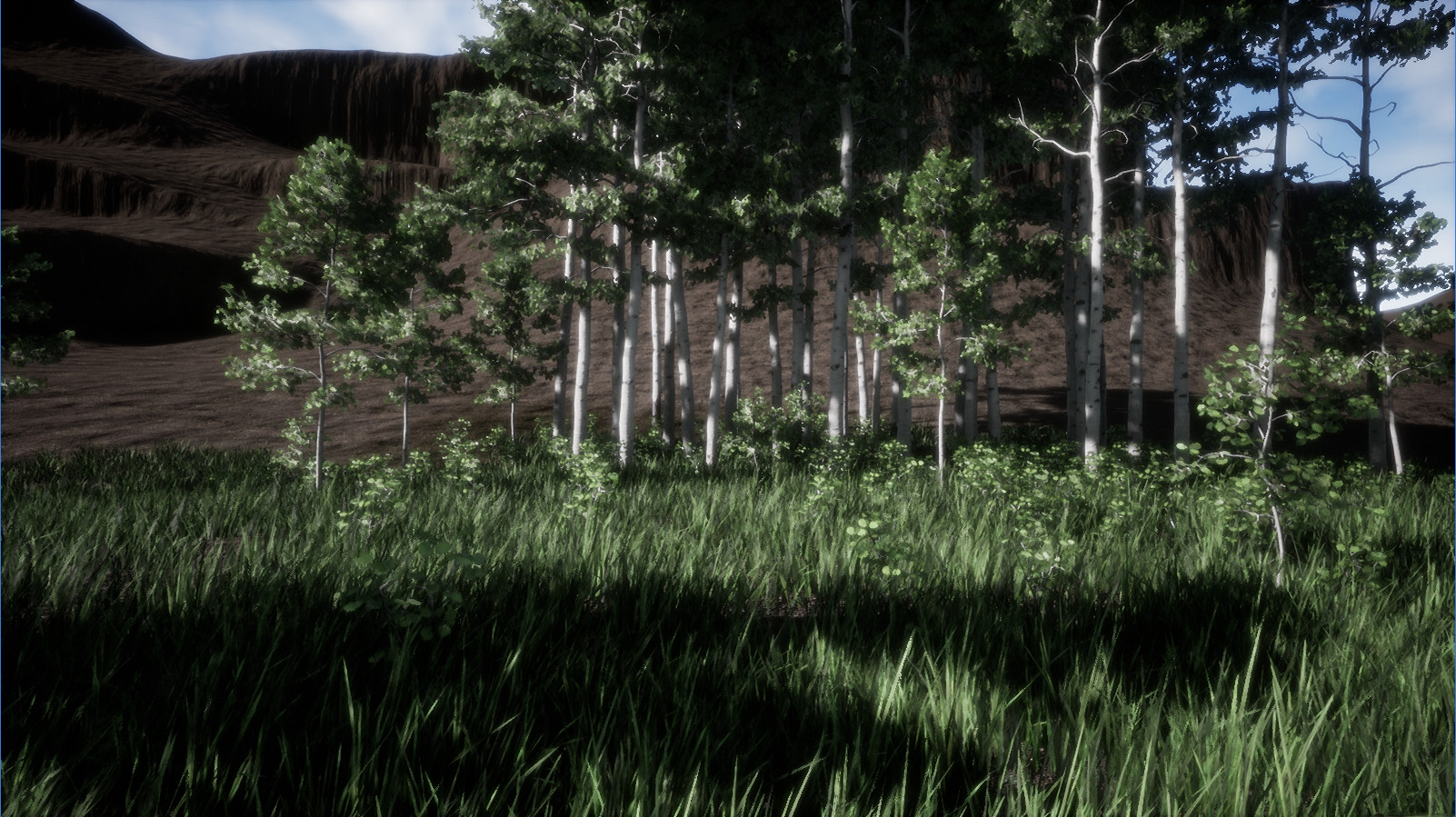 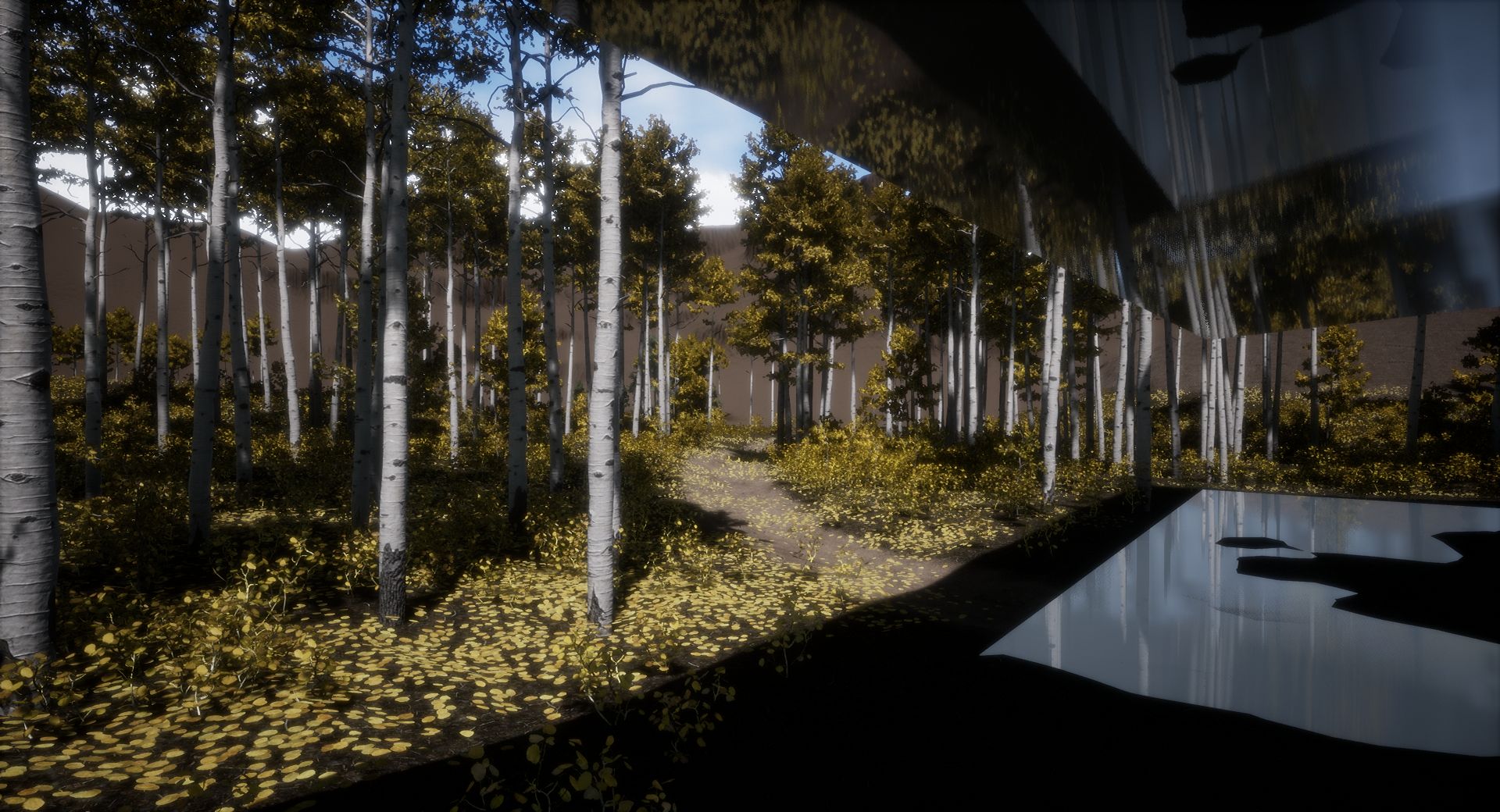 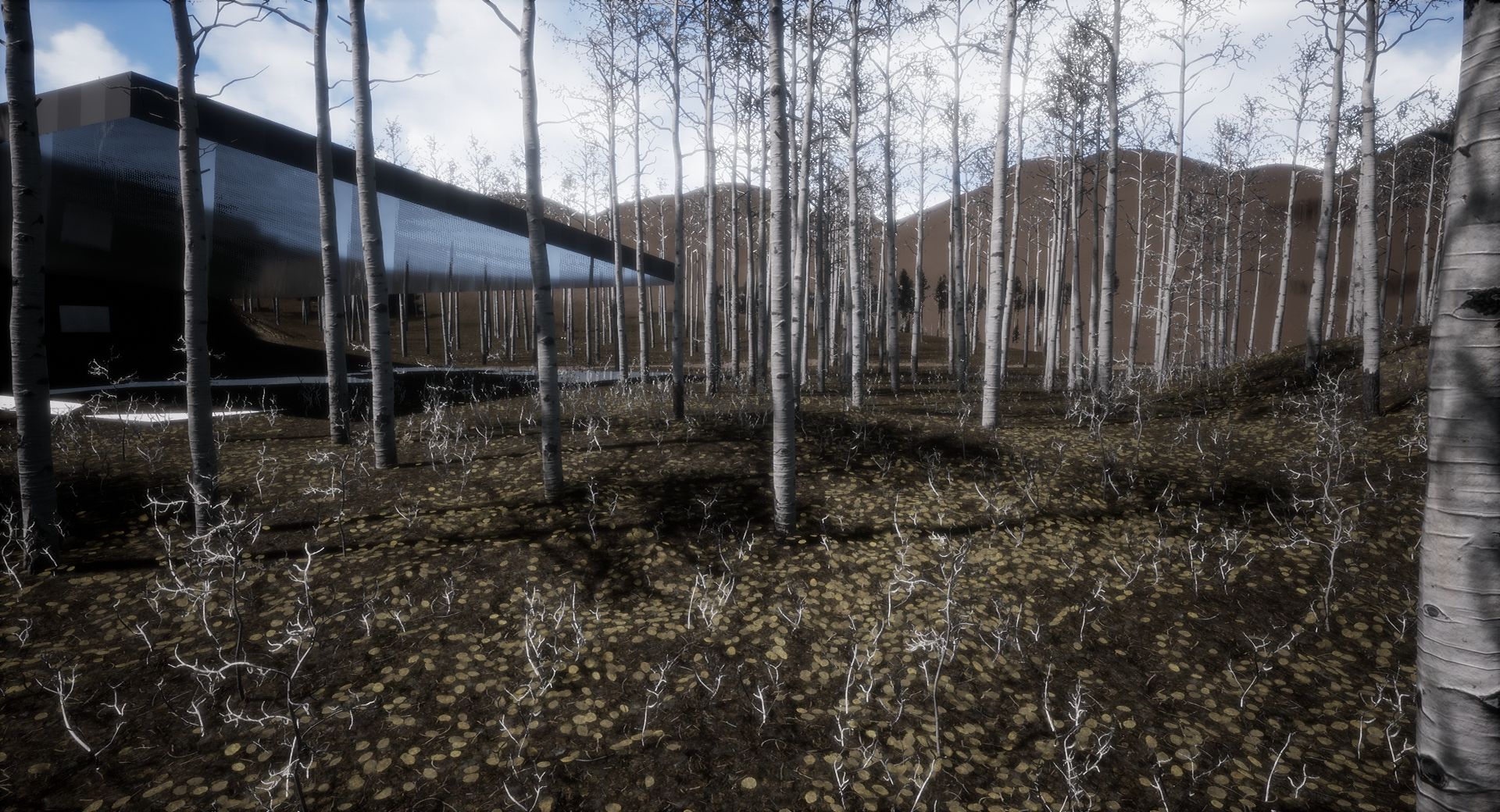 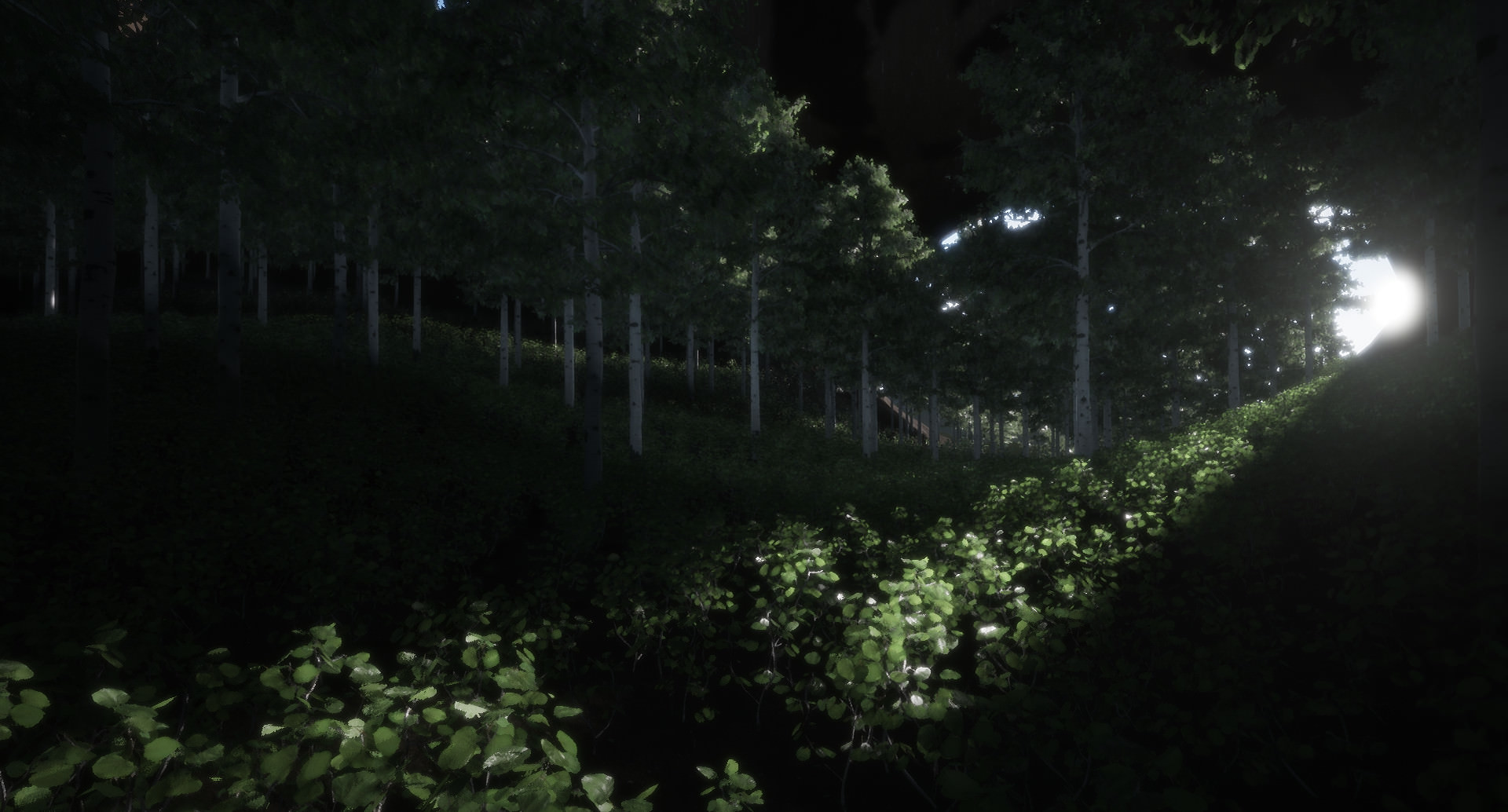 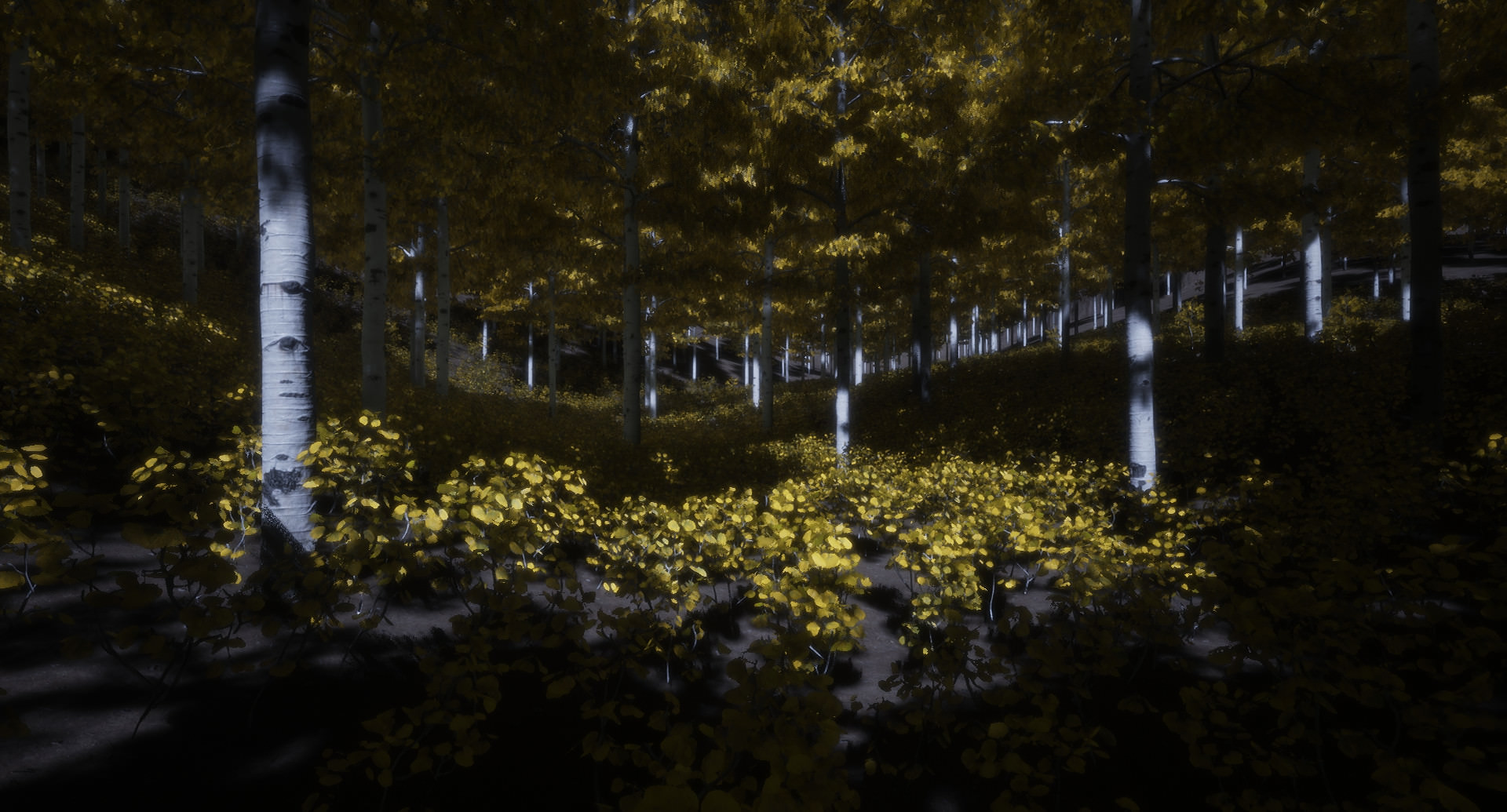 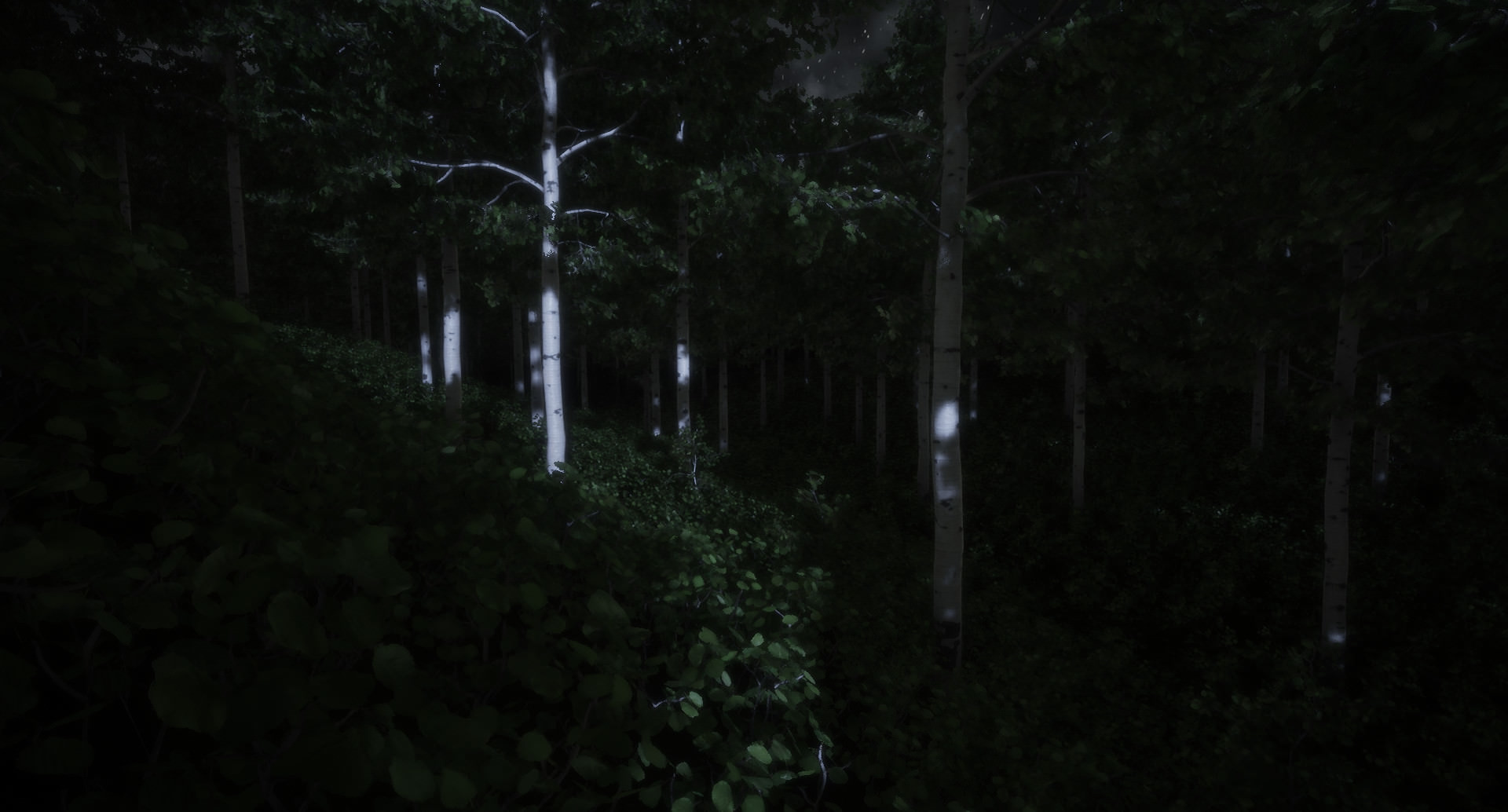 Poem at the Heart of the Project

The heart is such a fickle thing, the way it seems to mirror what’s been put in.
Even mirroring the things we hate, when shouldn't we want to become the opposite?
Yet I find that, as others bring pain to me in the coldness of their hearts, my heart cares less and brings pain to others, and that which I hated so much, I have become in other’s eyes.
It is said that we should love our enemies and bless those who hurt us.
Is there any other way to live?
If I give pain for pain, am I not just the same as them?
And if I am the same as them, can I ever be against them?
But can I ever love again?
The risk of pain can be so great,
and what I need the most I run away from.
To open my heart and give.
But this heart must come alive, to let love in and breath again.
For if I am to love again, I must first let love in.
So let the doors fling wide, and let my heart beat again
To let your love flow in and flow back out for others
For that is true life, when my heart beats and love flows through.
I do not always get to choose the things that happen to me, but I can choose who I want to become and the heart I want to have.
So who do you choose to be?
Inspiration for the Project
If you would like to go deeper and read about the philosophy behind the artwork, as well as the inspiration for it and the game’s story mentioned below, you can read all about it here:  http://www.artoflightandmotion.com/about-the-game

Music in the game

Just a short word about the music, so far all of it has been done by me, but for the most part, they aren’t actually composed songs, just music I play spontaneously.  Even though it is spontaneous, they usually do still end up sounding very nice, for the most part, and it’s always really neat to see the kinds of songs and melodies that come out.  I think so far the piano sessions have turned out the best.  Also, it’s not the best of audio quality since I only have my laptop’s mic to record it with.

Things I could use help with
Right now, the main thing I need help with is just testing it while I’m creating the game, and letting me know how well it’s running.  I try to heavily test everything out as I go along, but I’m still not going to find all of the bugs.  So it would be great if others could test it out and let me know if they find anything, or even just let me know how well it seems to be running on their computer.

Game Design Document Folder
Here you can find out more about what I plan to add to the artwork, and check in to see where the overall game is headed.  As I have ideas for things, I'll be updating things below and in this folder here:  https://www.dropbox.com/sh/fyfmyqpsx3if708/AAByzAGRfJrKdipuS6NOnVx2a?dl=0
​
Story in the Artwork
See Story Overview in above folder.

Overview of the areas in the map
I thought I would try using SketchFab as a visual game design document, so here you can see the entire map as I have it so far and what I’ll be working towards in each area.

If anyone has ideas for improvements, I would be glad to hear about them

As a note, SketchFab seems to run quite slow in Safari, so if you’re using it and it’s going slow, Firefox works much better.

Last but not least, here is a folder I started containing any free resources or explanations for how some things are created in the game that I thought might be useful for people. Right now it only has the explanation for how the seasons work, but eventually it will probably be quite full of things as more of the artwork gets developed:

That's everything with the artwork/game, so enjoy 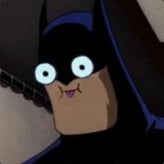