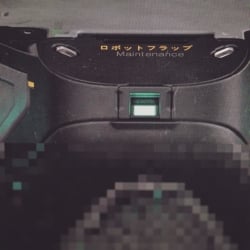 I designed and modeled the middle of the map hard surface forerunner areas using all tiling textures. Chin Fong was the map lead for most of it and I took over near the end as lead for my first time, not that it counts. 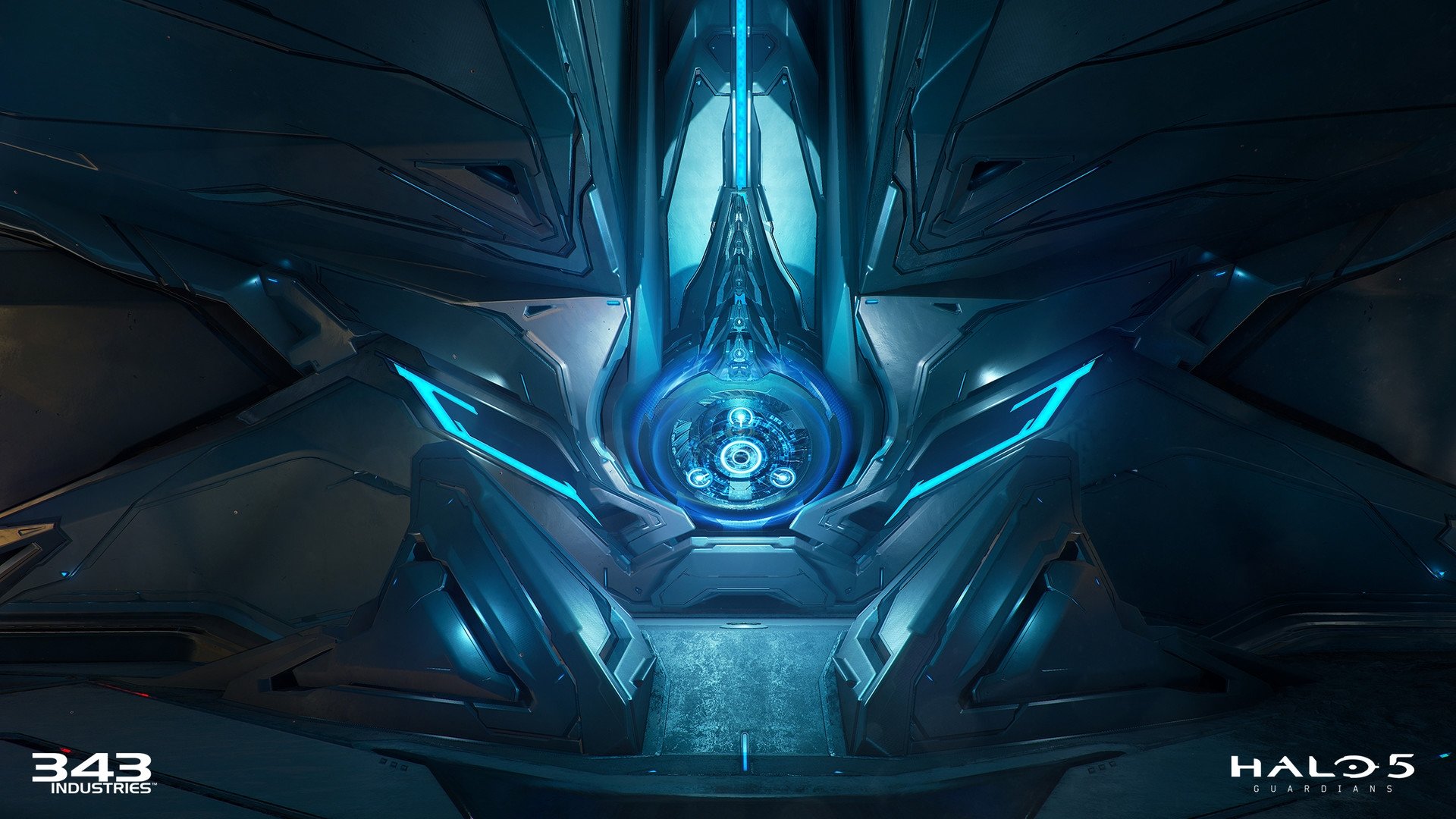 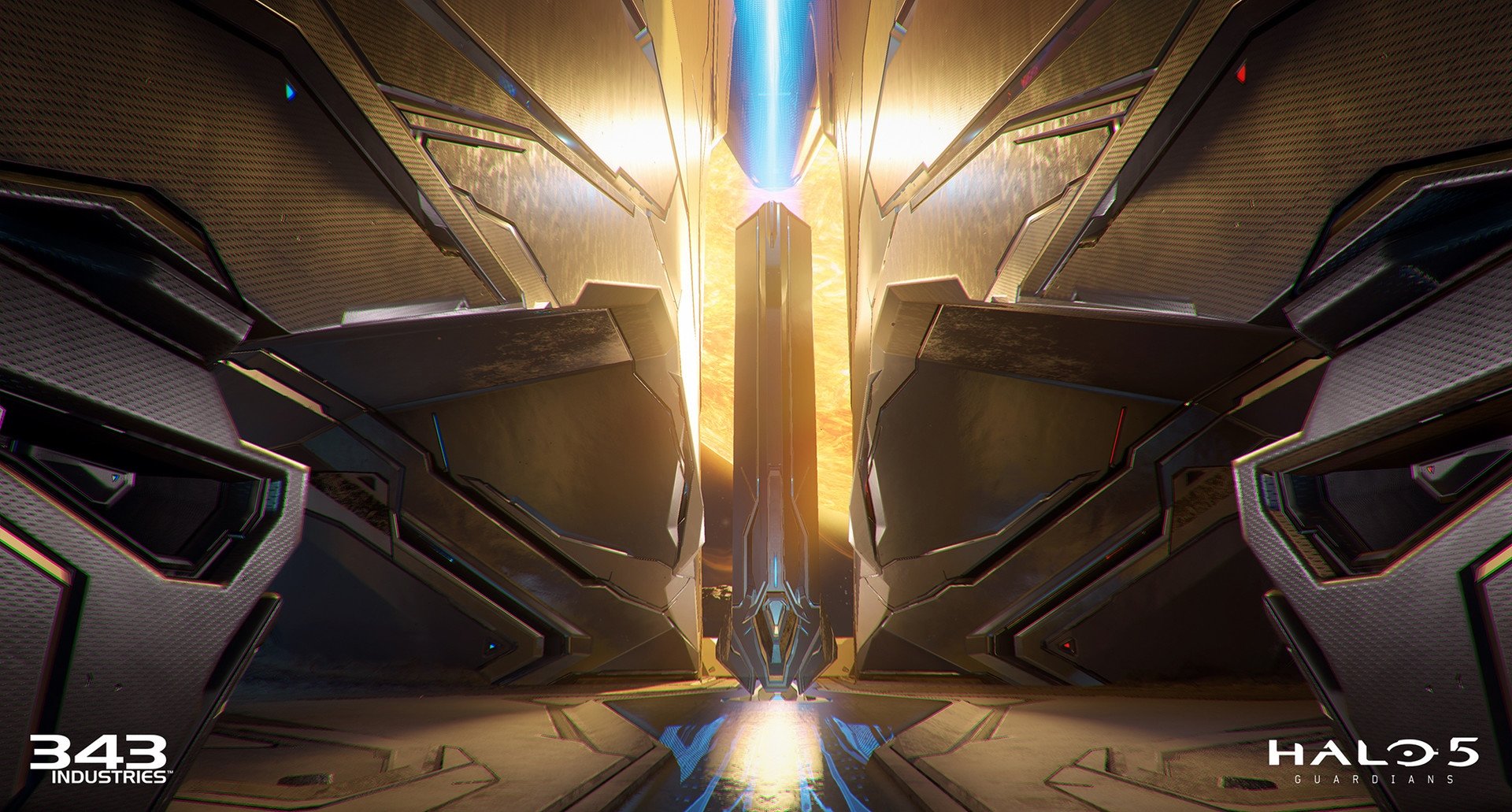 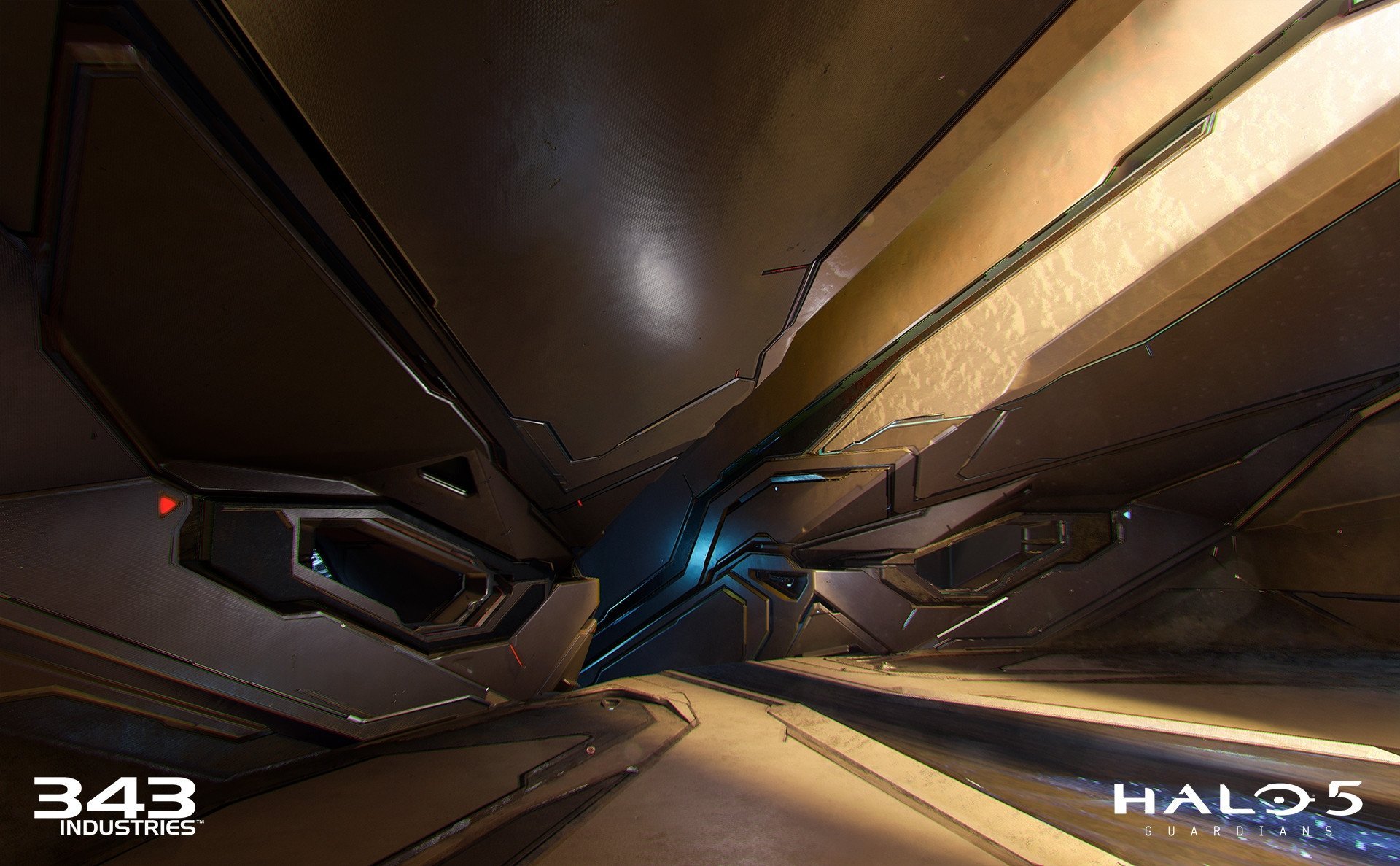 I was lucky enough to get to model, design, rig and animate this machine for Halo 5 using all tiling textures. I also spun off the fans from it as well as the top and those were used around the level as well in different ways.

The play spaces in the other shots were made by Patrick Hammond, James Munroe, Chiyo Lai.
The original massout was was made by James Munroe based on a sketch by Sam Brown which I ended up keeping the finger things and the half circle at the top. 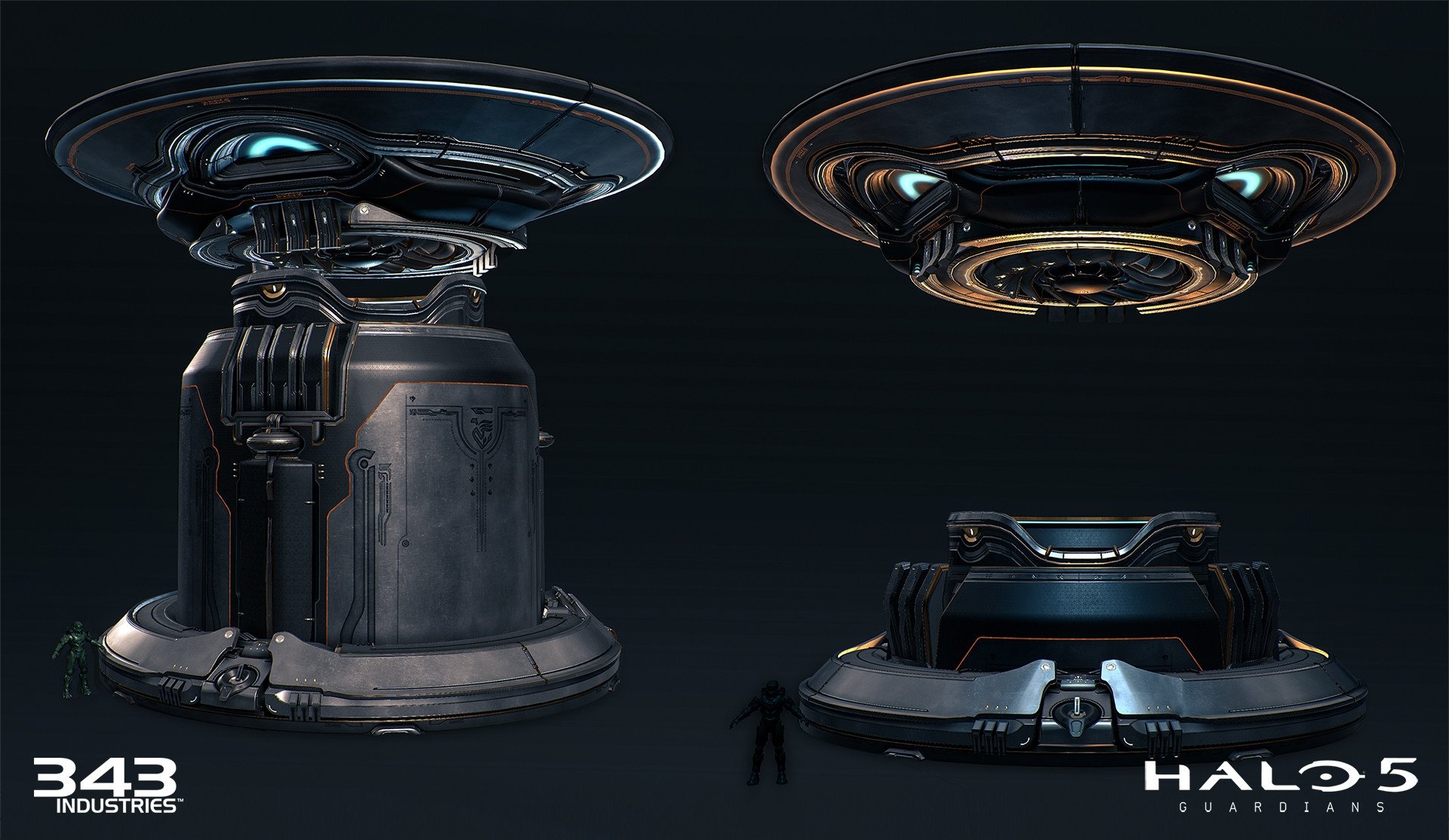 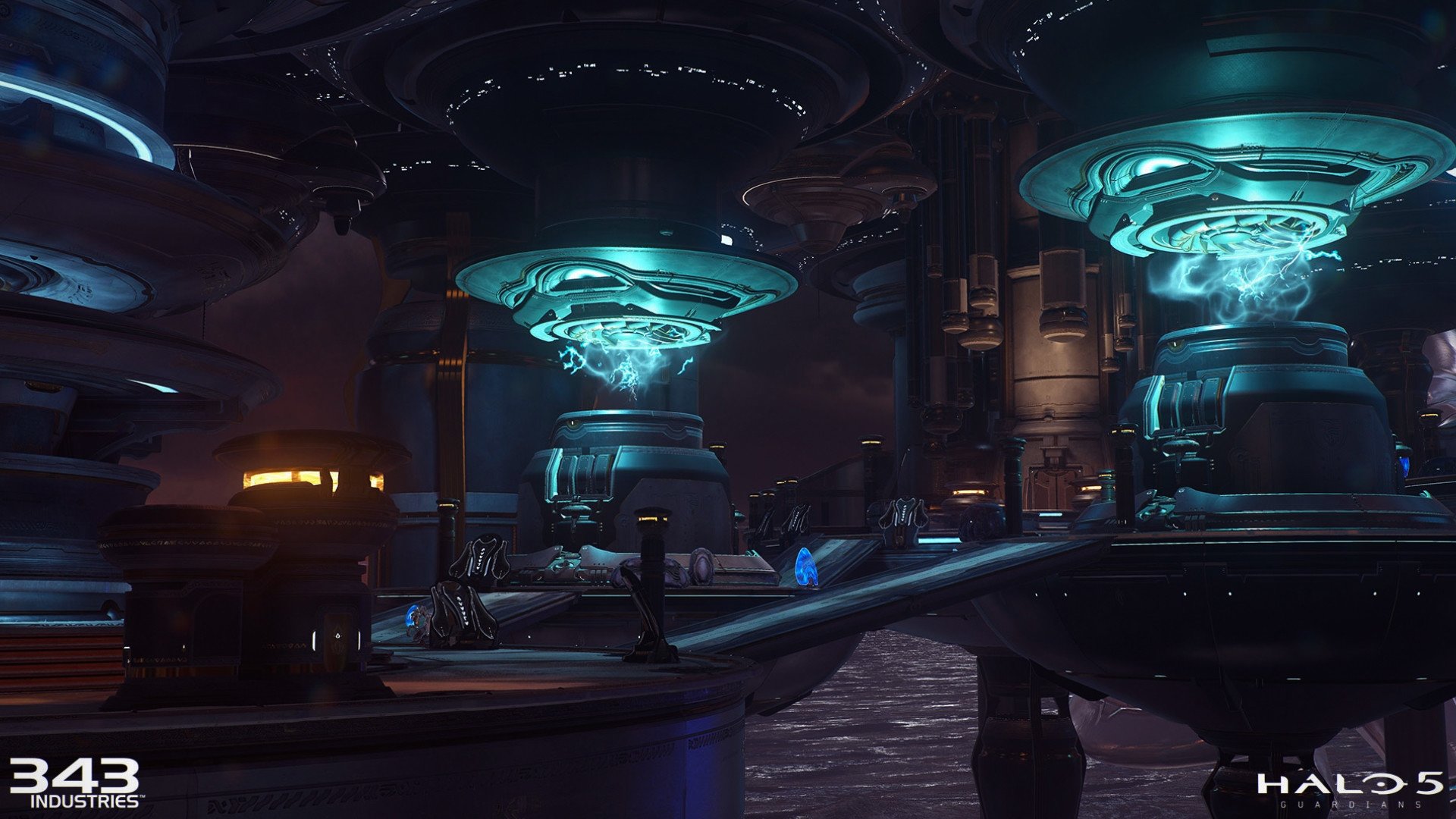 Area I designed for Halo 5: Guardians using all tiling textures. Its a cinematic space on the forerunner planet so less work was put into the extremities of the area as I only had 5 days. I made it using parts kit-bashed from Chin Fong, Jihoon Kim and myself as well as a lot of custom modeling. Textured version are in Maya Viewport 2.0 and the clay renders are in maya as well. 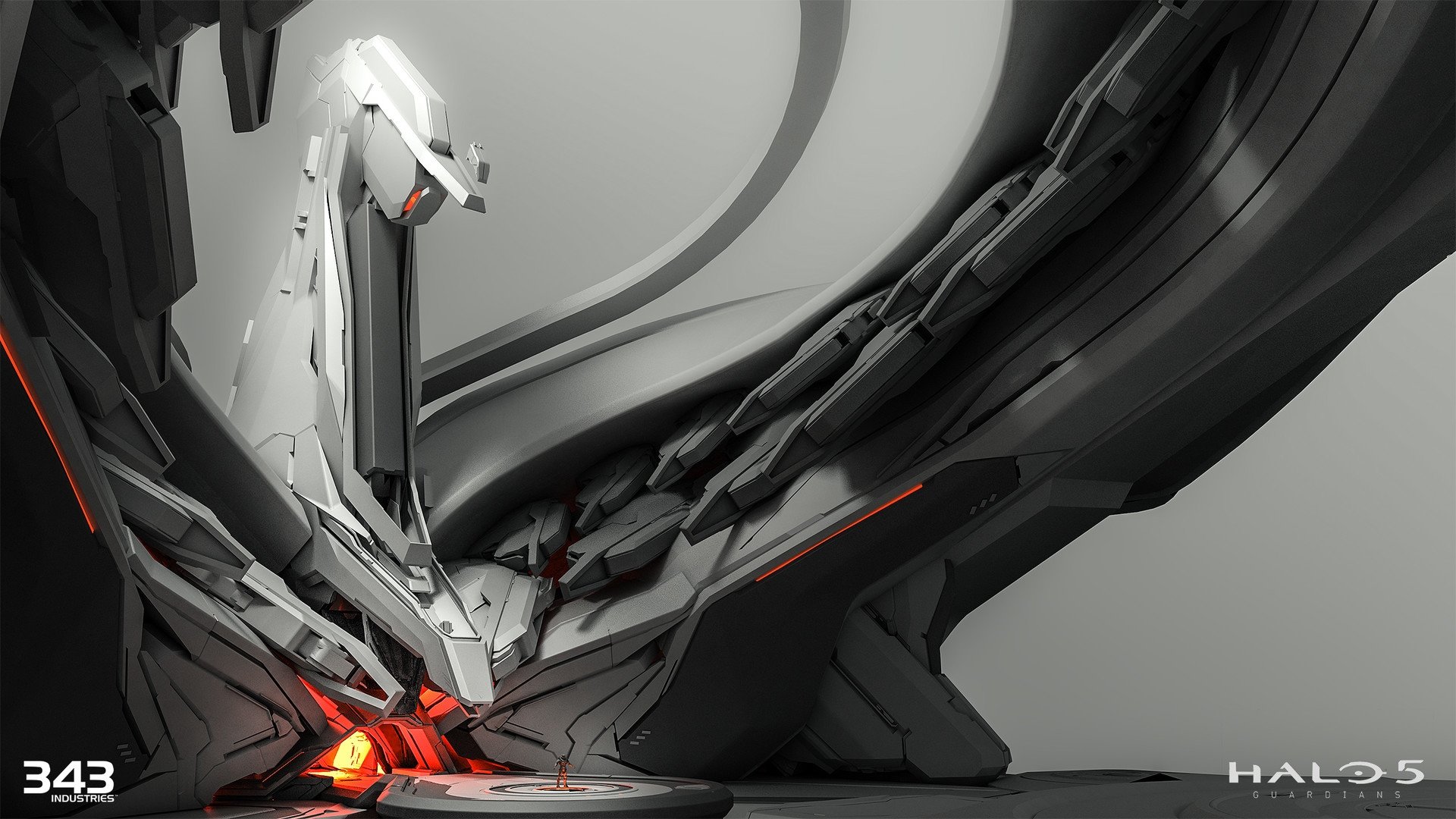 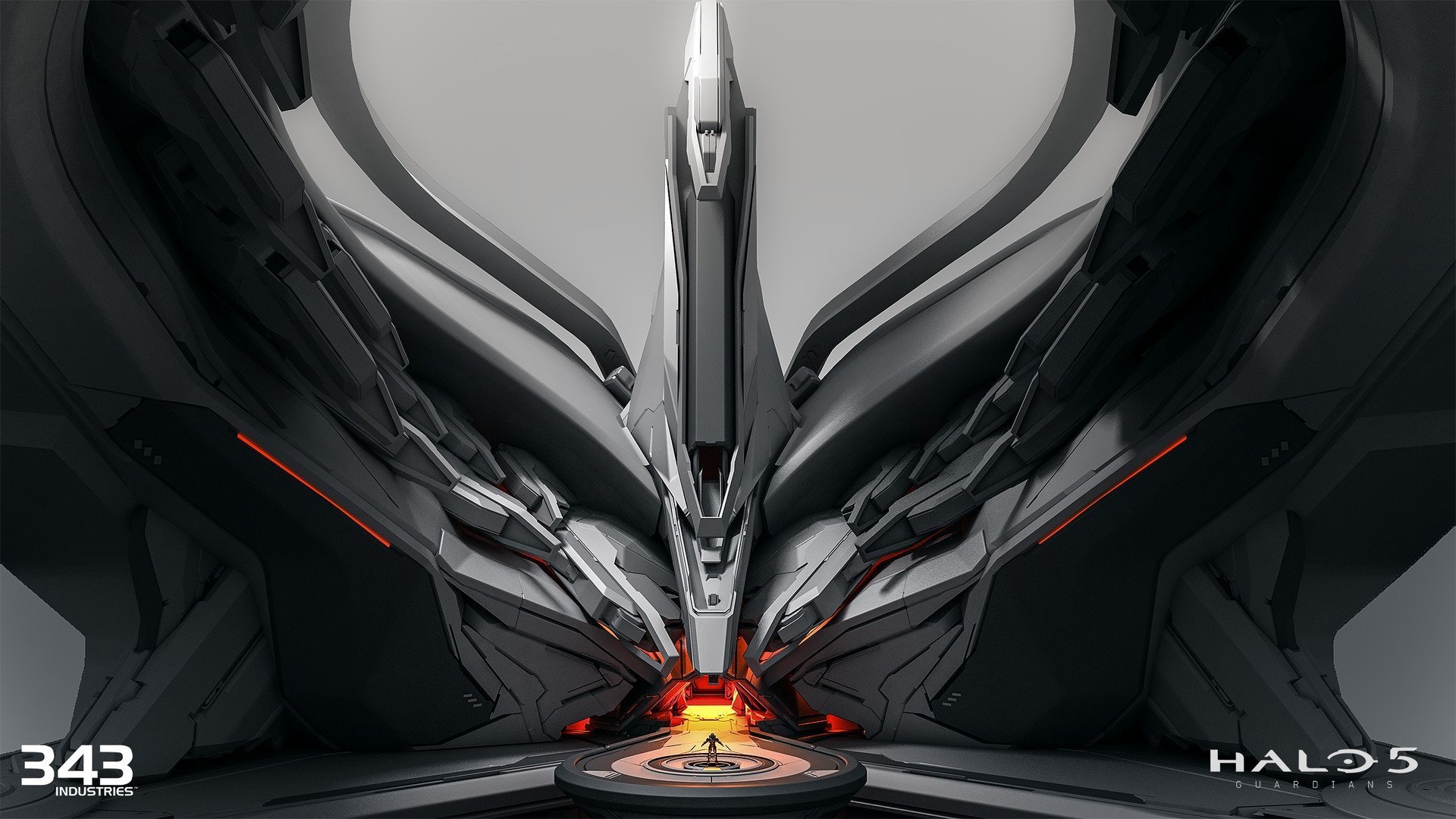 I designed the Forerunner Structures for this space from massout to Final. Everything is using tiling textures. The outside of the area in the Cinematic I made using parts kit-bashed from Chin Fong and myself and was rendered by Axis for the ending cinematic. I was really happy to get to make the last area of the game and it meant a lot to me to get to design. 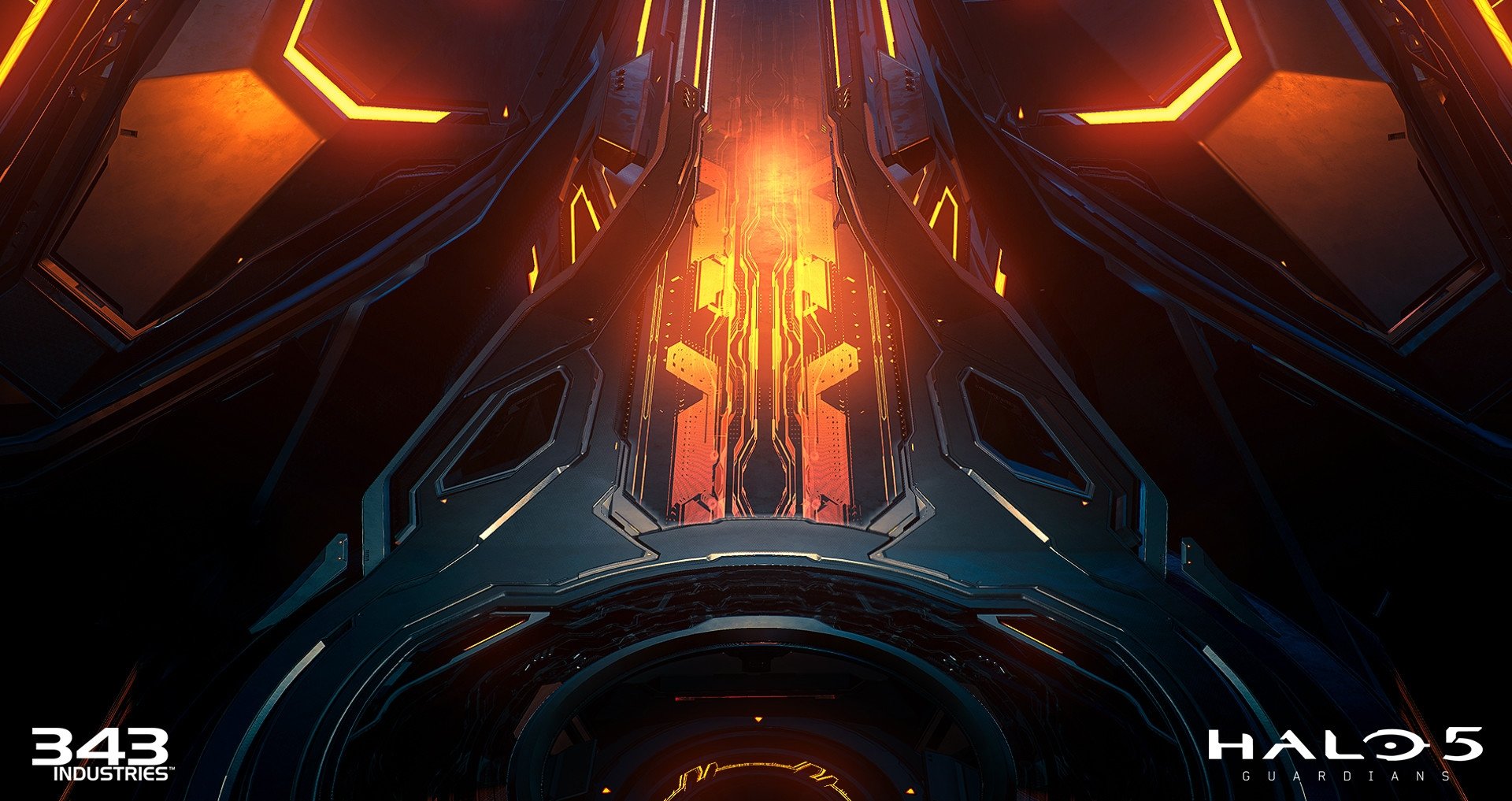 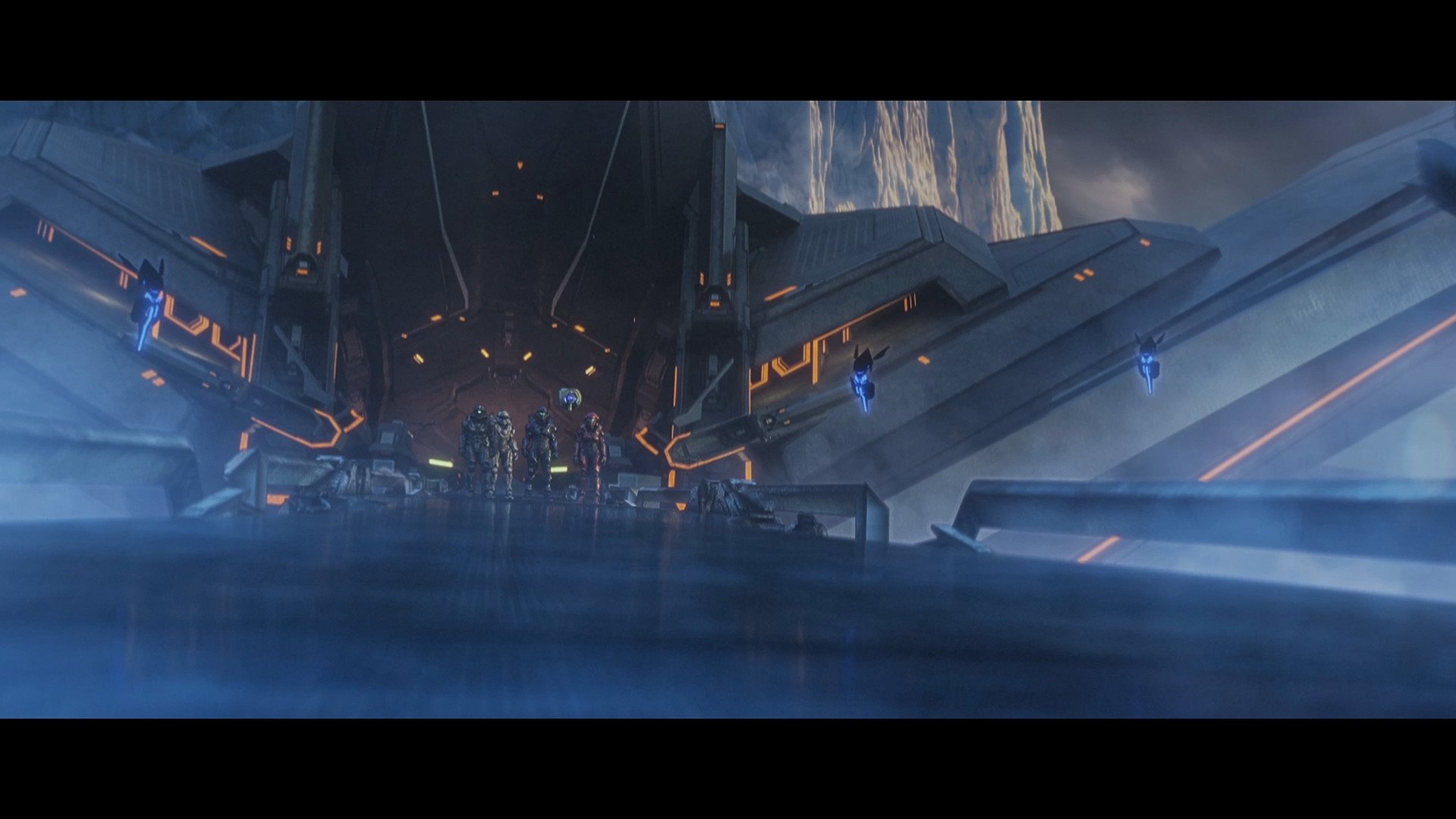 I had never designed anything untill I came to 343 and was growing bored of 3d until the my friend Jihoon showed me that design was something that I could learn and it allowed me to find a way to enjoy art again. It has been a cool experience and I am grateful to have worked on cool stuff that I enjoyed so much for my first go. 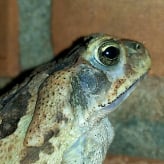