TooLzor
polycounter lvl 8
Offline / Send Message
TooLzor polycounter lvl 8
Jun 2016
Well I made a new topic for this extension as the other one was partially from an old idea and I can keep this a bit cleaner
So, Here again is another Photoshop Extension for CS6/CC+(tested on 14 and 15 so far)

I introduce Lazy Save.

Lazy Save is another way to save out images from Photoshop quicker than having to deal with the save as file type.

Currently it supports Jpeg, PNG, Tiff and TGA file Types. I can of course add more if people want but I had started it for a non game/texture need. I got to the point of cursing a lot when having to save out icons or images from a PSD and having to select the same filetype multiple times

So, now this extension fills that gap for me and I figure maybe someone else might find it handy too :awesome: I made it as easy as I could to work with. 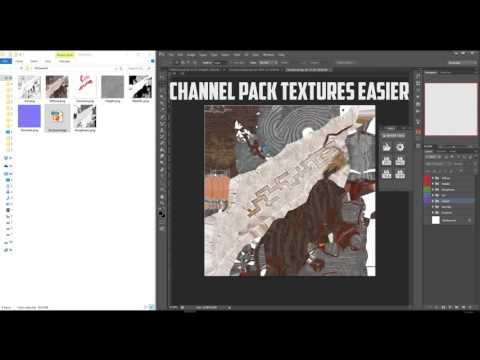 I hope people enjoy it and hey, as usual I'm up for adding more types if people want this was just the main ones that I use myself (outside of Tif as I don't usually use that someone just suggested it

I also made a Discord server for being able to troubleshoot/communicate with users easier
https://discord.gg/USBnrMa
Hope to see you guys there!

Versions:
V 1.7.0
-------
Both Donator and Free:
Decided to un-lazy myself and put the installer I use for Pixelmate in use for LazySave as well.
Donator Only:
Donators now have access to SuperPNG for channel packing. This makes it so you can have an actual alpha channel to pack into (regular png is just transparency)
V 1.6.6
-------
Fixed bug where resizing wouldn't work with Channel Packing if selected.
V 1.6.5
-------
Fixed bug in both versions where trying to save in selected group mode while NOT having a group selected resulted in folder stream being created
instead of just the image being saved...
V 1.6.4
-------
Redid where settings are saved so Lazy Save shouldn't required users to run in Admin mode
-I've had reports this affects drag and dropping files into PS in admin mode
Donators:
If you're using UDP's in the default location (not setting it to a custom spot)
You'll have to manually set the custom location OR copy them from the Adobe/PSVersion/Presets/Scripts/LazySave/UDP folder to
Win:  AppData/Roaming/LazySave/
Mac: ~/Library/Application Support/LazySave/
V.1.6.3 (BIG UPDATE)
--------
Donator Only:
-------------
Auto Detect TGA Bit Depth (Toggle) added in TGA settings.
-Works for auto Detecting Alpha Channels in all export Modes. Useful in channel packing so you don't have to change bit depth manually each time
CC Versions
-------------
Removed Mode changing from Settings Window and it is now available directly in the pane via the flyout menu (where you say close tab/ tab group etc.)
This was done to make mode switching easier and more intuitive with less downtime/clicks and traveling around the canvas
--See this tweet for visual explanation ->
https://twitter.com/TEvashkevich/status/792802108491915267
All Versions:
-------------
-Added Stack Traces to alerts in crashes. If something crashes now it should tell you what the last place it was before it crashed so you can tell me easier.
-Channel Packing can now pack with naming conventions via putting your usual RGBV groups inside an Orange group that has the name you want your image to have (group wise)
--See this tweet for visual explanation ->
https://twitter.com/TEvashkevich/status/792802108491915267
-Added alert when you don't have an open document and when you don't have a saved document (no longer doesn't do anything when hitting buttons on non saved doc)
-Added Open Image After Save (extra settings tab) which will open the saved image inside PS after a save
Bug Fixes:
-------------
-Fixed bug in Group Contents mode where Saving out layer names WITH relative paths wouldn't actually save and would silently fail.
V 1.6.2
--------
October 14/2016
Fixed naming issues with various modes.
V 1.6.1
--------
October 14/2016
Added Extra Settings Tab to settings/UDP.
-Extra settings allow users to set relative paths for their image saving.
Added What You See Is What You Get Mode (WYSIWYG)
-This will allow users to save out whatever is on their screen without having to make a group. But this means that you will get an image based on your PSD/Custom Name
Added Custom Pathing for UDP
-You can now set a path for where your UDP's will be stored (great for people using laptop/desktops or team settings)
Added Group Only toggle in Extra Settings
-This will make it so ONLY what is inside the selected group(s) gets saved out.
Added Text to Settings so you can see what your file path is without having to go to the folder (mainly because of relative paths possibility)
Fixes:
---
Fixed Resizing. Should now work in all modes correctly
V 1.6
--------
October 10/2016
==Lazy Save Donated Version Changes==:
Fixed Group Visiblity after multi export.  (used to set all used groups to off for visibility after running. This is now fixed) (Lazy Save Donated Version ONLY)
User Defined Presets(UDP) are a go! (UDP Available in Lazy Save Donated Version ONLY)
-Want to quickly change your setup/folder/naming conventions with even less clicks? Now you can.
-With UDP you can define your settings for different things like what output folder to use with what image settings/naming conventions etc.
==Lazy Save All Versions==:
Settings are now retained across documents and photoshop sessions.
-Settings are JSON instead of PS's built in one which wasn't reliable and would not remember your settings all the time.
-Added Windows Batch script to install to the default PS location (instead of users having to manually do it)
V1.5.5
August 28/2016
-Multi Image exporting is now available in the Donated version of Lazy Save.
--You can select multiple groups and hit the image button and it will export each group

-Added toggle for group exporting to make it export from bottom to top or top to bottom. This will make it so you can have your files exported to your liking

V1.5
Aug 15/2016
-Implemented Channel Packing! (Woo!). This is available by using the Layer Colors Red, Green, Blue and Violet(Alpha Channel Color)
--To access Layer Colors, right click a group and at the bottom it says Red, Green, Blue etc.
RGB packing can be done in JPG/PNG and TGA
RGB Alpha packing can ONLY be done in TGA
--Packing Combinations Available:
1. To Pack one texture and an Alpha -> Color the group you want to have full RGB -> Red.  Color your Alpha channel group ->Violet.
2. To Pack R/G/B/A with individual textues -> Color whatever group you want with it's respective Red/Green/Blue/Violet (Alpha is optional)
See the video here if you need help understanding
-Fix bug with Resizing. Works again.
V 1.4
July 31/2016
-Created a fallback in the case that my website goes down and the user still has internet connection
The checks now do ->see if online, if online check to see if it can load 1px image from my website. If they can, load online page, else load offline page
-Settings has gotten extra tabs added to organize new and incoming features easier
-Added Possibility to override File name when saving images out. Toggle on and fill in text box in settings.
-Added Group Layer Exporting for JPG/PNG and TGA image types (doesn't make sense to do it on Tiff afaik)
--Select your group(s) to export the layers from. This will NOT go into the child groups and will not export children from an also selected child group (selected parent and another group inside for example)
--This is to make sure things get exported correctly and without having to account for sub group naming and such.
V1.3
July 3/2016
-Updated Icons thanksk to my friend Mad on GameDevLeague
-Added Bug Report button
-Free versions have Support Me button
-CC versions online use a hosted webpage as their presentation so I can change graphics and
let users know of updates etc. easier
-CC versions have packaged offline version as well so no net means they can keep using Lazy Save
1.2
-All Supported Image types now have their control options available in the settings panel.

1.1
June 6/2016
-Added toggle to Settings to turn on and off alerts on Save
-Changed big part of the scripts to make it so there is less copy pasting around them. This should make it easier to do patches/updates
quicker later
-Added Image Save settings to Readme
1.0
June 2/2016
Initial release 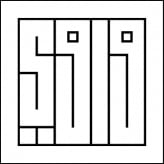 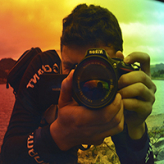