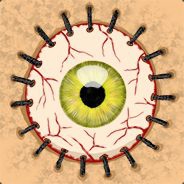 AKTrashheap
Offline / Send Message
Pinned
AKTrashheap
May 2016
I think everyone probably has their own Star Wars story from their childhood.  My childhood version was back in the actual 80's (yes, I am a dinosaur now).  I think I was around 6 or 7 when we saw Return of the Jedi in theater.  I had also seen the first 2 on VHS and was hooked on those amazing stories.

Star Wars action figures were flying off the shelves and to get the cool looking guys at that time was almost impossible.  I was lucky to have been giving an used Boba Fett action figure at that age but had somehow lost it very early on.  I was devastated as a kid because coming across another Boba Fett just was never going to happen.  I ended up playing with my other Star Wars toys for many years...always wishing I still had that cool-ass looking bounty hunter.

I guess this is why my first submission for this sci-fi themed design kinda had to be about Boba Fett.

The image you see is my first sketch attempts at creating a design that feels like it belongs to Boba.  From here, I will start blocking in some of the shapes before I approach the back of the receiver and the top of the receiver.  I will try to post additional images of the sketches before i get too far.

The receiver grip area is still something I am mulling over.  The designs you see over the gun text will probably be more pronounced and I will see how far i can hide the text to keep the design clean.  That will probably be a large determining factor and whether i use gunsmith or custom finish.  The grip area is what probably reads best as being "boba fett" and I will most likely try a lot to make that area work.  The grip is kinda a bitch to work with regarding the after effects....so I am not sure i can create an icon within the center or just end up using the artwork already burned into the gun.   Will see if I can trick it using painted on wear.

Minus all the images of boba fett, can you guys see this as an actual gun belonging to that anti-hero?  (ofc all the actual guns from that series are just plain and black