Learning Resources and Career Opportunity with Modo and 3D Coat? 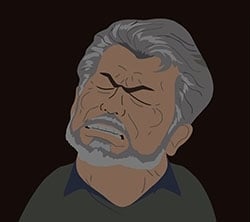 After dabbling with both 3D and 2D I decided to stick with 3D since I realized that I am not a good storyteller, hence not a good graphic novel artist.

My choice of learning 3D is...well, Modo and 3D Coat. I am trying to concentrate on modeling and texturing, with a bit of rigging for posing my creations. OK, I think I can handle some rudimentary modeling skills. But I am not sure where to head after that. To me, Modo has the easiest UI but the most scarce learning resources.

To make it more specific, I want to concentrate on modeling hard surface designs. Yeah, one reason why I chose Modo is that it's designer friendly. I draw a lot of robots and mechs so that's where I want to head.

And as for 3D Coat...well, honestly Zbrush UI is just hideously alien to me. Well, I managed to get through simple navigating but my feeble brain can't process which brush to use for the right job. And I heard that some concept designers prefer 3D Coat over Zbrush and that's why I am gearing toward it.

I know that concept design and visual development fields are pretty much saturated with workforce, but learning 3D can be a good headstart over others I think. I do have my useless degree from a state university and sometimes the potential employer looks into it since it's a sign that you are a kind of person who can go with the program.

And...one more thing. If I had sufficient skills with Modo and 3D Coat (with Substance Painter for texturing), how is my career prospect? I am afraid that there won't be much positive response from this....
0 · Share on FacebookShare on Twitter
Tagged: