Greetings, wanderer! Pull up a chair, because today we've been talking to Vincent "ParoXum" Mayeur about his fantastic Helm's Deep environment, which he spent around 6 weeks constructing in 3ds max and UDK.

Some of you may have already seen his thread on the forums, in which you can see the development of the project from initial concept, through to blockout, texturing and detail passes. It's a great inspiration if you were planning on tackling a larger-scale environment, since Vincent's workflow makes it clear that even a huge project like this can be tackled by a single artist, given enough planning and dedication.

As you can see from the finished results, he really aced it! 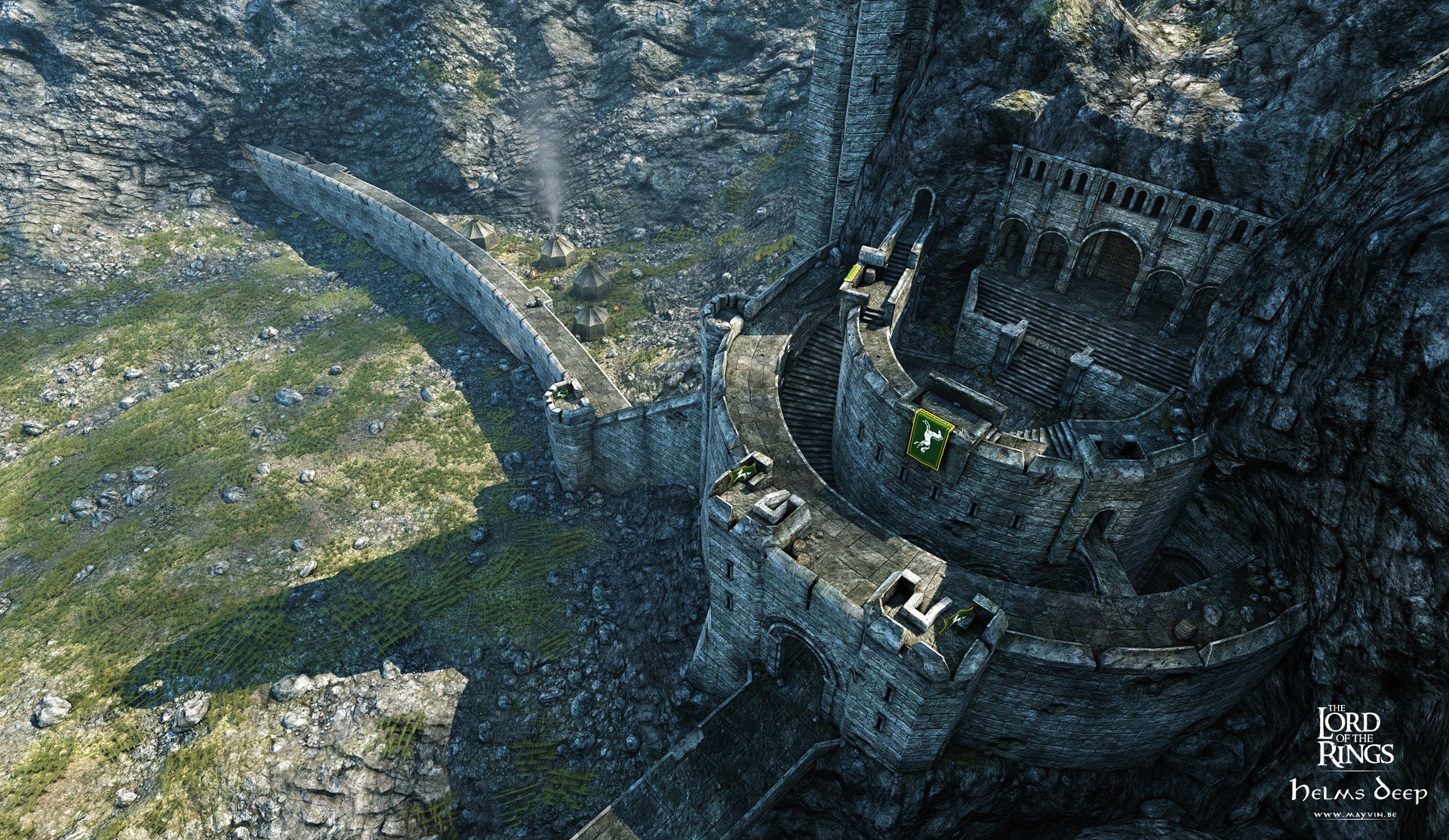 Building Castles In The... Mountain?

Vincent says the idea to recreate Helm's Deep came to him after working on maps in Unreal Tournament 3 for his graduation project.

VM: "I needed a portfolio piece that wasn't schoolwork. I thought that Helm's Deep was like the second best place in Lord of the Rings and that it deserved a realtime version as well. Minas Tirith would have been too big and pretentious. That was also a huge challenge for me, to know if I was able to create this place with the few references I had." 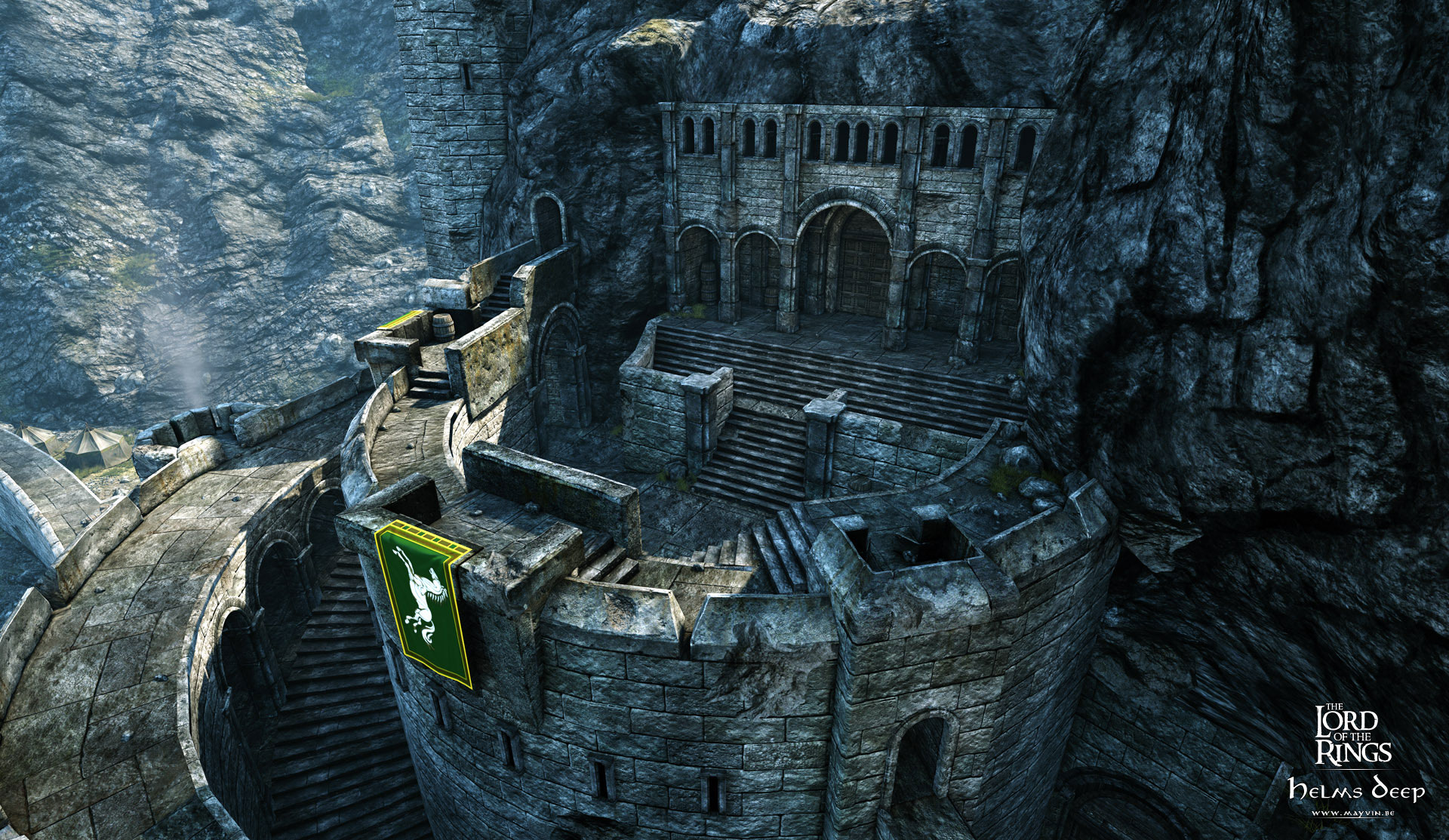 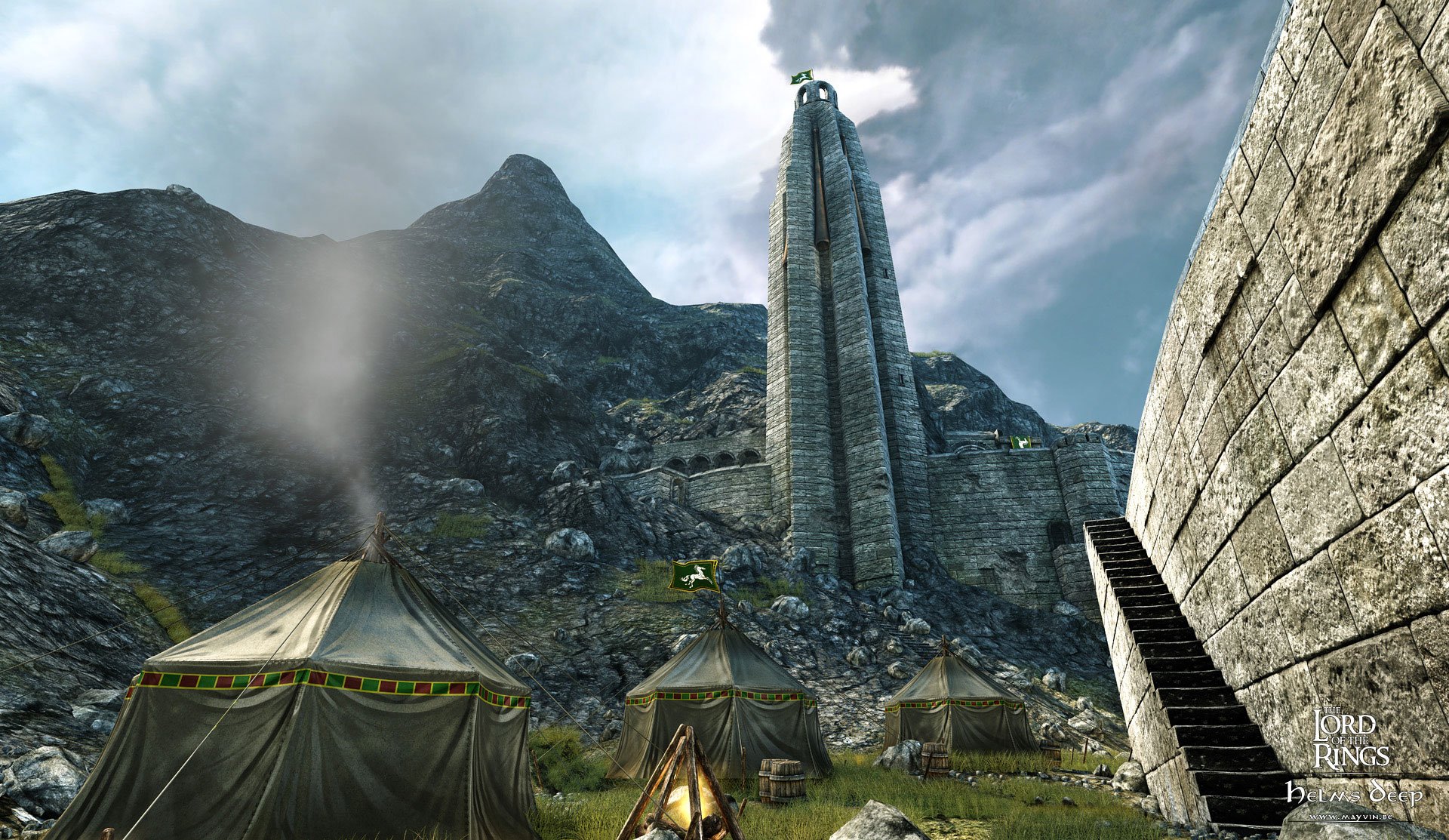 Since he was already using Unreal for his schoolwork, it made sense to go with UDK for putting together the Helm's Deep scene.

VM: "I decided to go with the UDK as my previous knowledge of the engine would make it easier for me to get it done in a short time-frame, and also to try the new UDK features like lightmass, light shafts and all the new eye-candy effects."

Vincent has found himself spending more time in UDK than 3ds max, lately, since the editor allows so much control of assets, materials, layout and lighting. A nice bonus is that it's actually a viable game environment; it's possible to walk around the castle and surrounding area in the game, although Vincent points out that there are some collision issues since playability wasn't the focus of the project.

They Have A Cave Sculpt

A large amount of the assets and textures used in constructing this detailed scene were created in highpoly first. This may seem like more effort up front, but Vincent makes it clear that a little more work initially can be a big time-saver in the long run, especially when texturing. 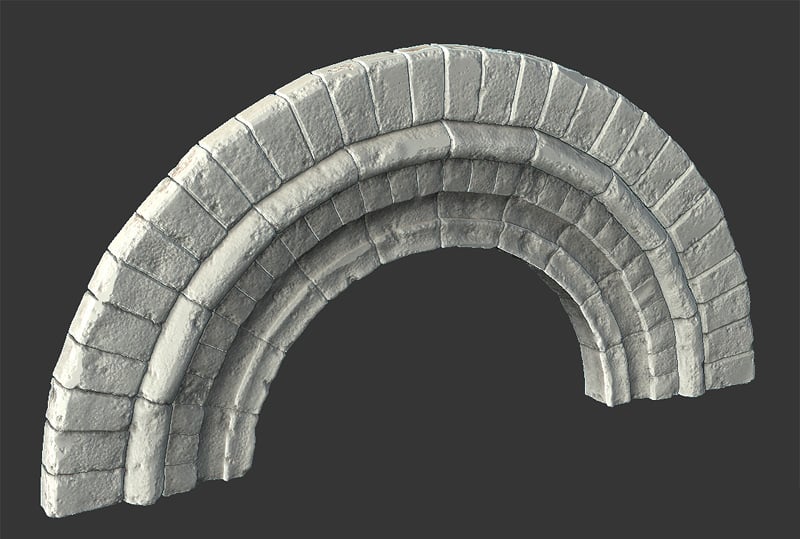 VM: "The quality you get from a sculpt for your normal map will always beat any other photo generated content. I wanted to use some parallax on the walls and sculpting was the way to go. It also helps when I create my diffuse texture, since I have baked AO, separate normal map channels I can use to create basic lighting in the diffuse, and the height-map will serve as a mask for several things."

Here are a few examples of Vincent's rock textures showing how the various bakes from highpoly can be very useful in the texturing process. From left to right: heightmap, tangent-space normal-map, diffuse texture and ambient occlusion bake. 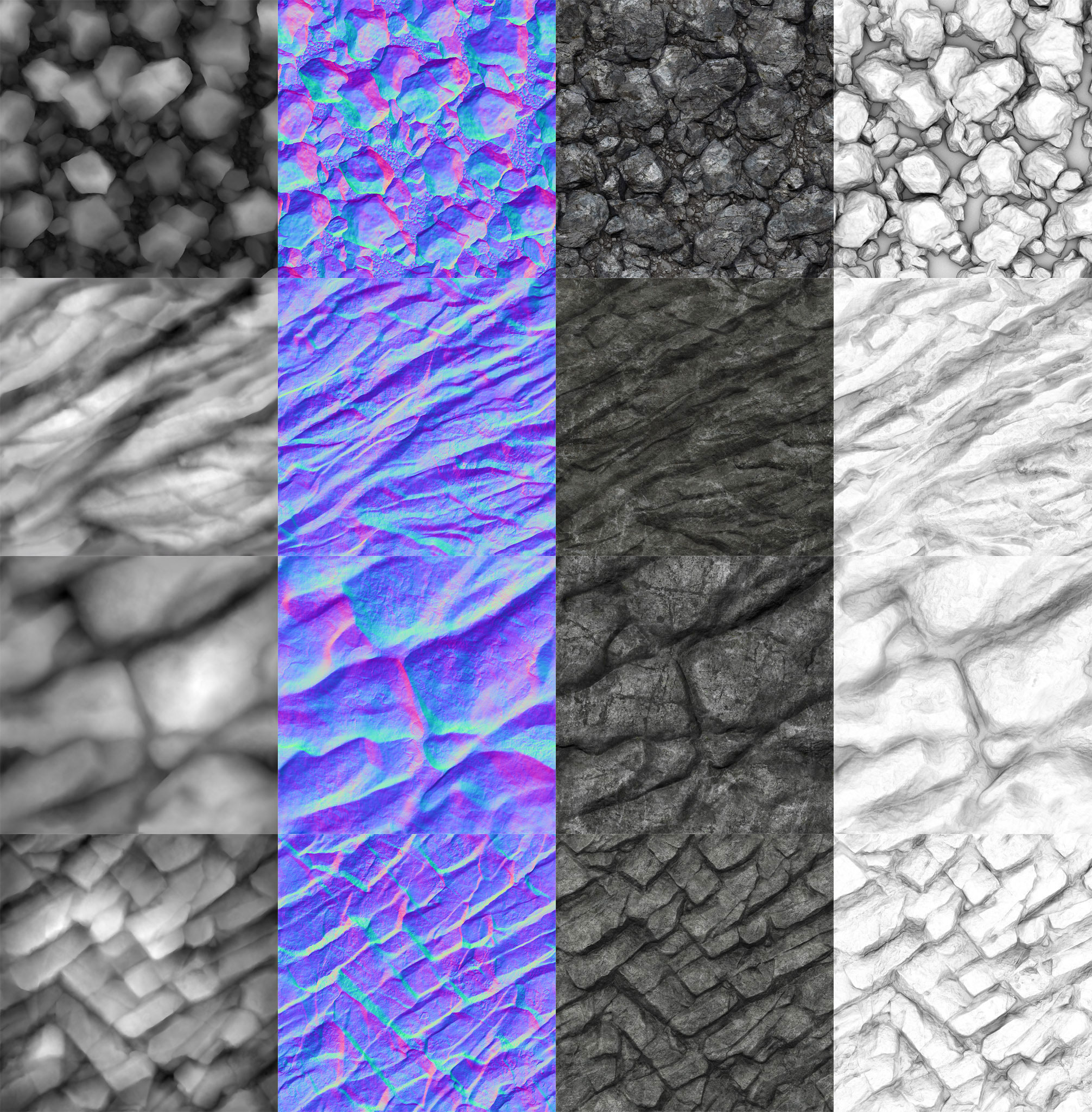 So there you have it! A breakdown of how you can go about constructing a super impressive environment, using good planning, dedication and a whole bucketload of kickass art skills.

Many thanks to Vincent for answering our questions and providing the tasty, tasty eye-candy!