It seems like contest fever all around the 3D community.
We check out some of the cool art that's coming from the Boss Battle Contest over at CGSculpt.org and GameArtisans.org interviews Vadim "slipgatecentral" Bakhlychev, the winner of Dominance War IV.

CGSculpt.org are running a Boss Battle Sculpting Contest, with the idea is to design and sculpt the most hardcore and fierce Boss you could imagine. The contest kicked off on June 15th and will be running until September 15th. So if you'd like to get involved, there's more than enough time to do so!

Check out some of the awesome work here, or read the Contest Rules.

On an interesting side note, Polycount's own rawkstar and pior are on the judging panel. 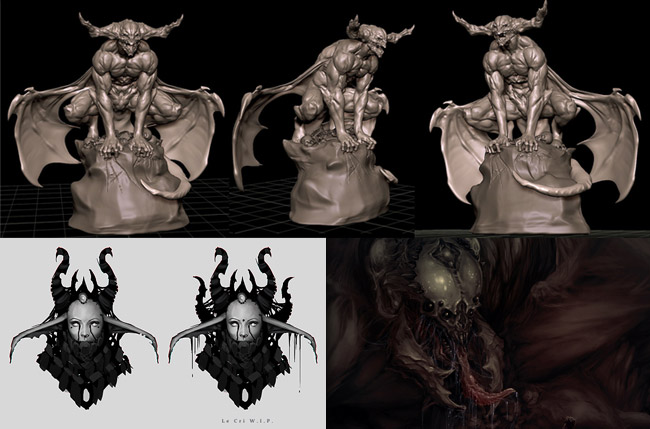 Game Artisans interviews the world famous Vadim "slipgatecentral" Bakhlychev, winner of Dominance War IV. Get to know a little more about the man behind one of the coolest 3D Characters since General Corum (circa Dominance War I), and his thought process during the Dominance War.