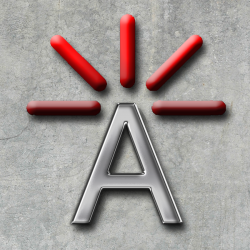 My name is Adolf Navarro and I want to share this project with you. I used iClone6 Pro and Sony Vegas Pro 12 in order to make the animations and the Video editing, but eventually I also used Photoshop Elements, Substance Player, 3DStudio Max 2011 and iClone 3DXchange 5.5 Pipeline in order to prepare some of the props, characters and textures used in the animations.

The environment
I imagined a Fantasy world, an alien planet called Auria because of the golden light provided for its star. The planet was colonized for humans long time ago, but after thousands of years of isolation, it's been a cultural involution and finally they developed their own kind of medieval civilization.

I imagined two main characters for the plot, a couple of warrior comrades, veterans of the recent wars with a kind of ogre's civilization, one of the original intelligent species that inhabited the world before the humans arrived. The peace has been signed between the ogres and the humans, so our heroes try to make their living as civilians in this new fragile status, but after to be submitted by the Queen of one of the realms, they quickly will get involved in a quest to find an ancient source of huge knowledge and power that, according to the legends of Auria, lays hidden in a remote and unexplored place of this world.

The actors
OK! Once situated... First things first... I needed two fierce warriors for the casting and I choose Percy and Heracles. A nice Daz Genesis characters that suited perfectly for my purposes. However, they had some disadvantages as they were not standard human characters for iClone, so their use becomes restricted because I can't change nor their facial properties neither their clothes. Also, their facial expressions are harder to get, so I decided to convert them in standard G5 iClone characters.

In order to do that I used 3DStudio Max 2011 because Reallusion provides two standard biped templates, (one male and one female), with all the appropriate riggings and skins, plus the export plug-in to convert the modified characters in a fully standard G5 character.

First I exported the original Daz characters as OBJ, then I loaded the Reallusion man's template in 3DStudio and merged the OBJ file to the project. After converting it in an "editable poly" I detached all the clothes and armor elements in order to adapt them to the iClone character. 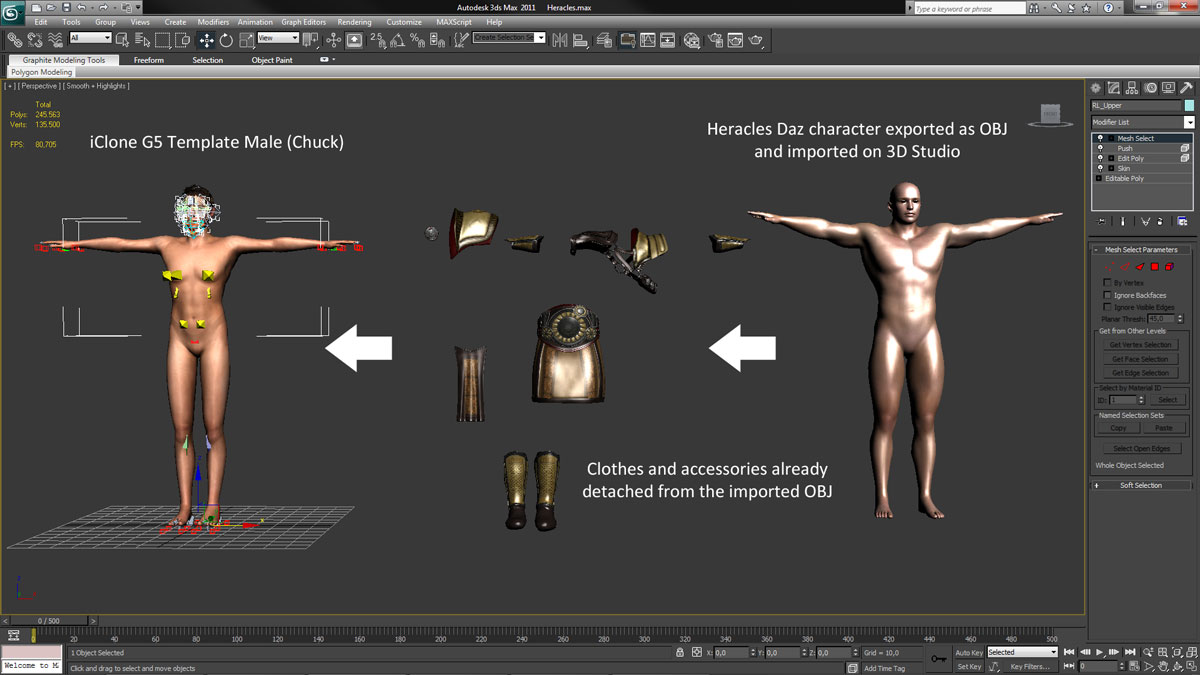 How the original Heracles is far more body built than the iClone standard character I had to adapt the shapes manipulating the vertex of detached meshes. 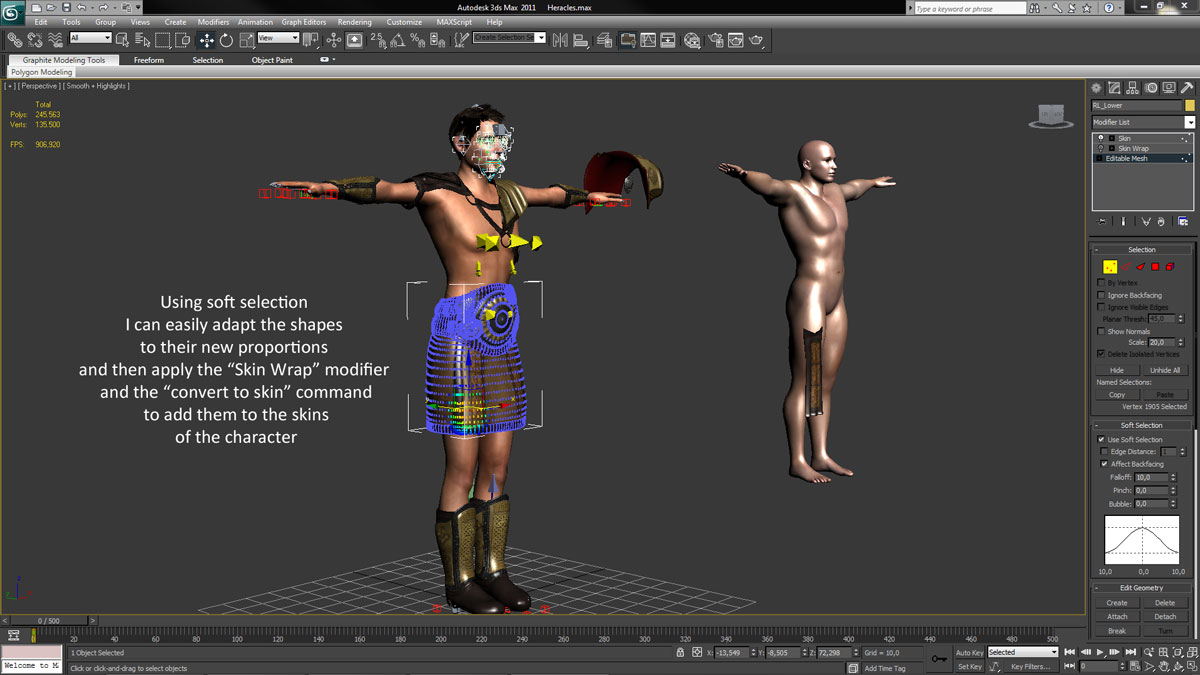 Then I applied the "Skin Wrap" modifier to "attach" the clothes to the template skins provided by Reallusion and converted them as well in a skin. I repeated the process for the RL_Upper, RL_Lower and RL_Shoes skins of the template. (Remembering that the name of the shapes that are going to be "skinned" have to match these names). 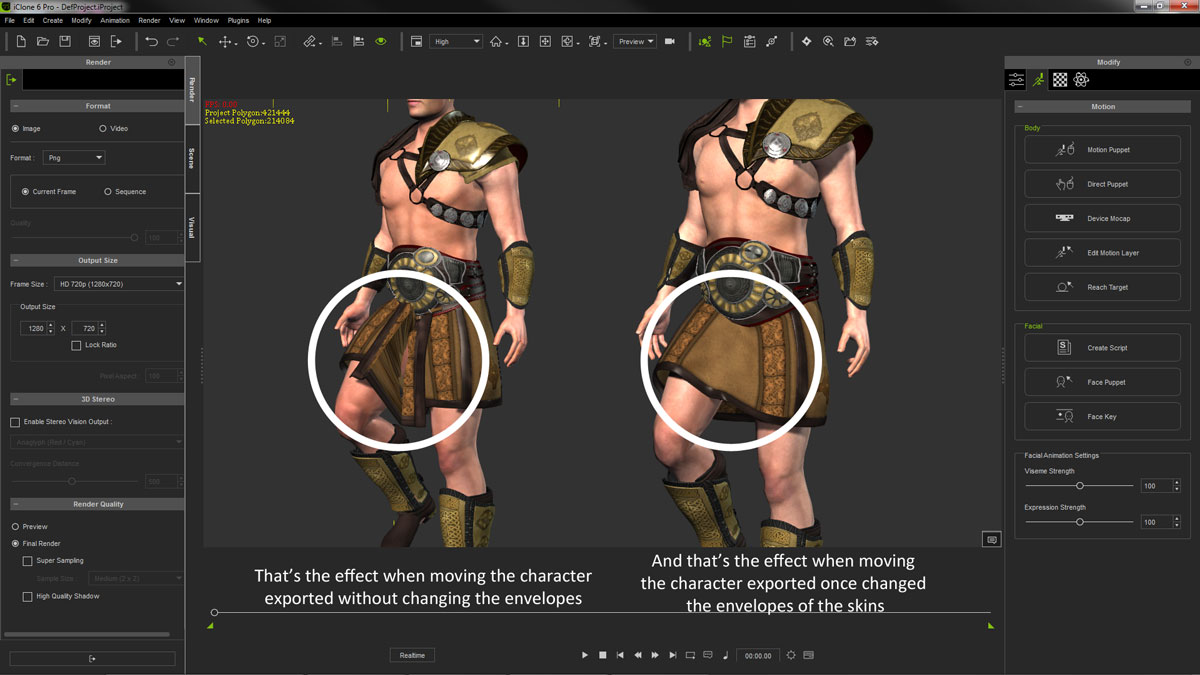 And that operation is tricky because the envelopes in the template provided by Reallusion are set to "Manual" that means that the nodes cannot be modified using the common tools provided by 3D Studio. So, first thing I had to do, was to release all the nodes of the affected bones from their "Manual" condition using the "Weight Table" tool in 3DS, and then I used the "Paint Weights" tool to create the new areas of influence of the skins. 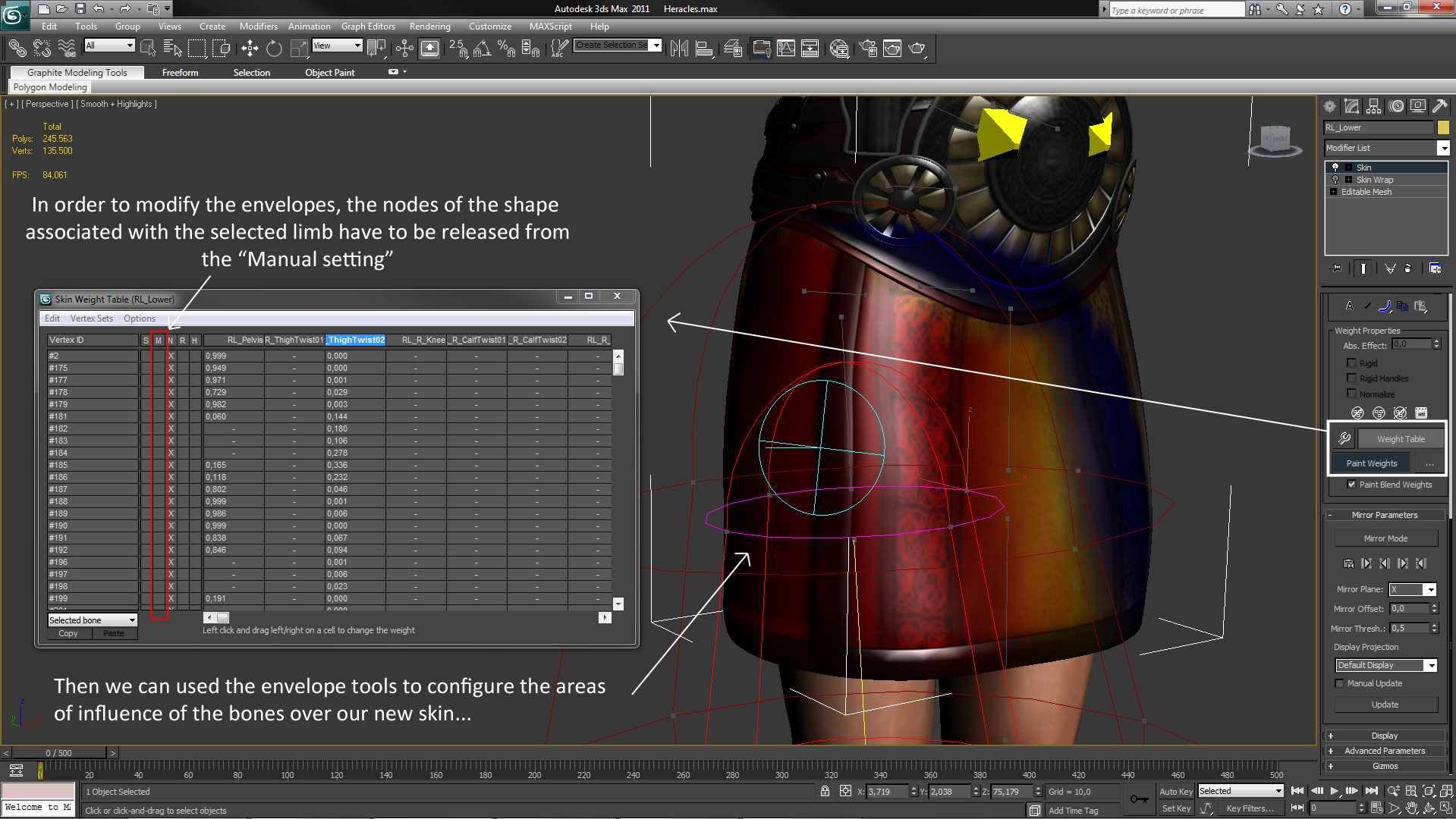 Once the Character was exported as a standard G5 avatar using the Reallusion plug-in installed on 3DS, I loaded it on iClone and attached the accessories exported individually as rigid props. The character look great but not really impressive as a warrior, so I needed him to "work out" a little in order to gain muscular mass. It was easy using iClone's "Avatar Proportion" tool, then a replaced Chuck's face for a more scary one using iClone's "Create Face" tool and finally I added a nice sword, a Shield and a spear to the accessories that the new Heracles was going to carry. 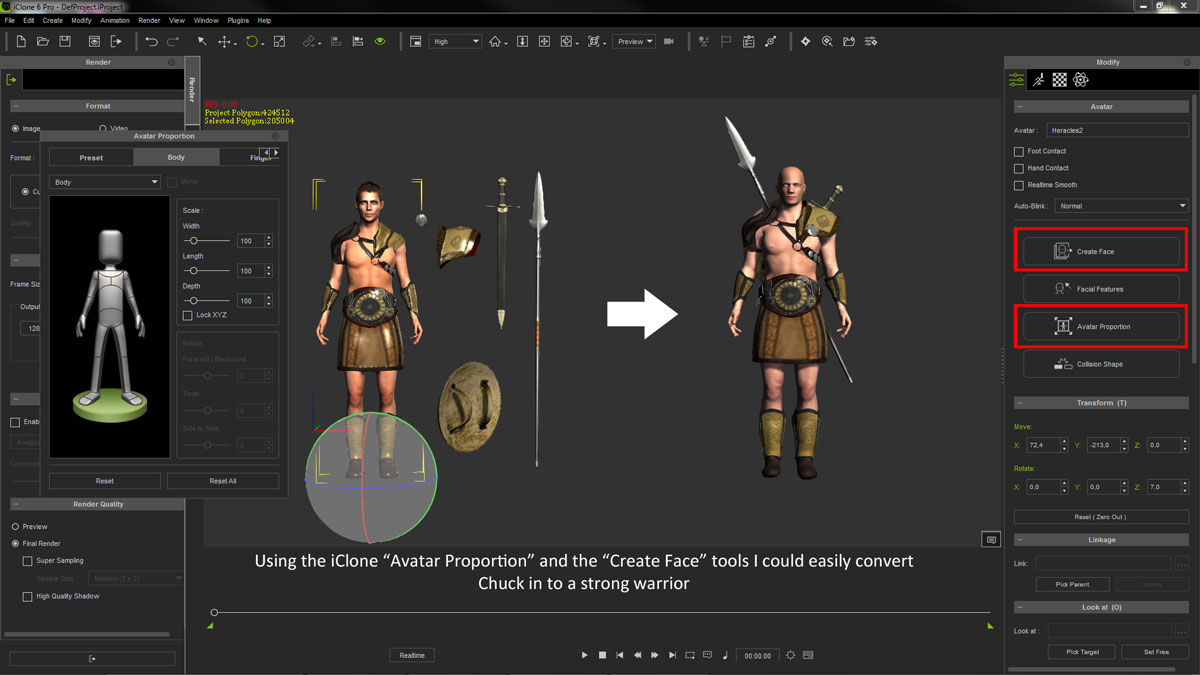 I repeated the same process with Percy, the other DAZ character, but this time I didn't have to modify the skin envelopes of the template as they were already perfect for a character that was wearing trousers. Also, I wanted to keep Chuck's face, just slightly modified in order to appear a little more fierce. So this time I used the iClone's "Facial Features" tool in order to change the details of his face without to create an entire new one. I added a hair to the avatar and my second hero was ready for adventures. 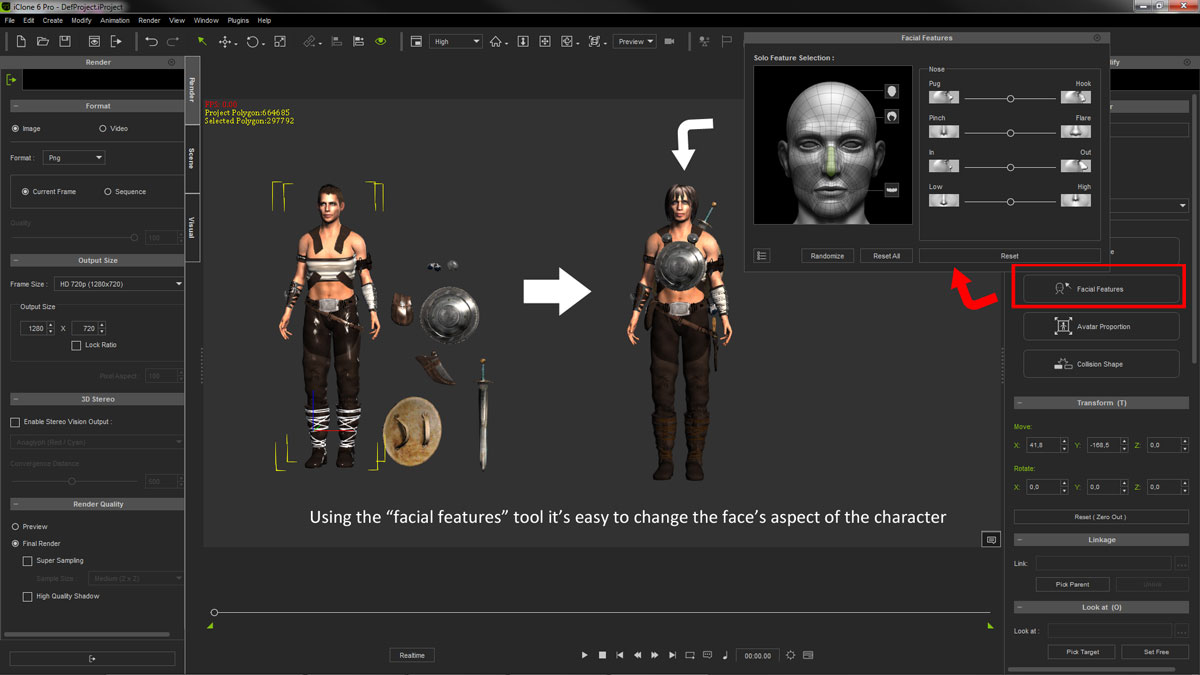 Then, I needed "extras" for my sequences, some had to be humans and some had to represent the native species of Auria that have been clashing with the human settlements since long ago. For the human extras, I used an ancient Rome Daz character's pack mixed with some "non Roman" accessories. For the alien beings, I used a standard G3 iClone character that allowed me to change proportions and faces in order to obtain several individuals of the same species but with a slightly different look.

I didn't pay too much attention to the details of these characters as they were going to appear only in the background filling the scene. 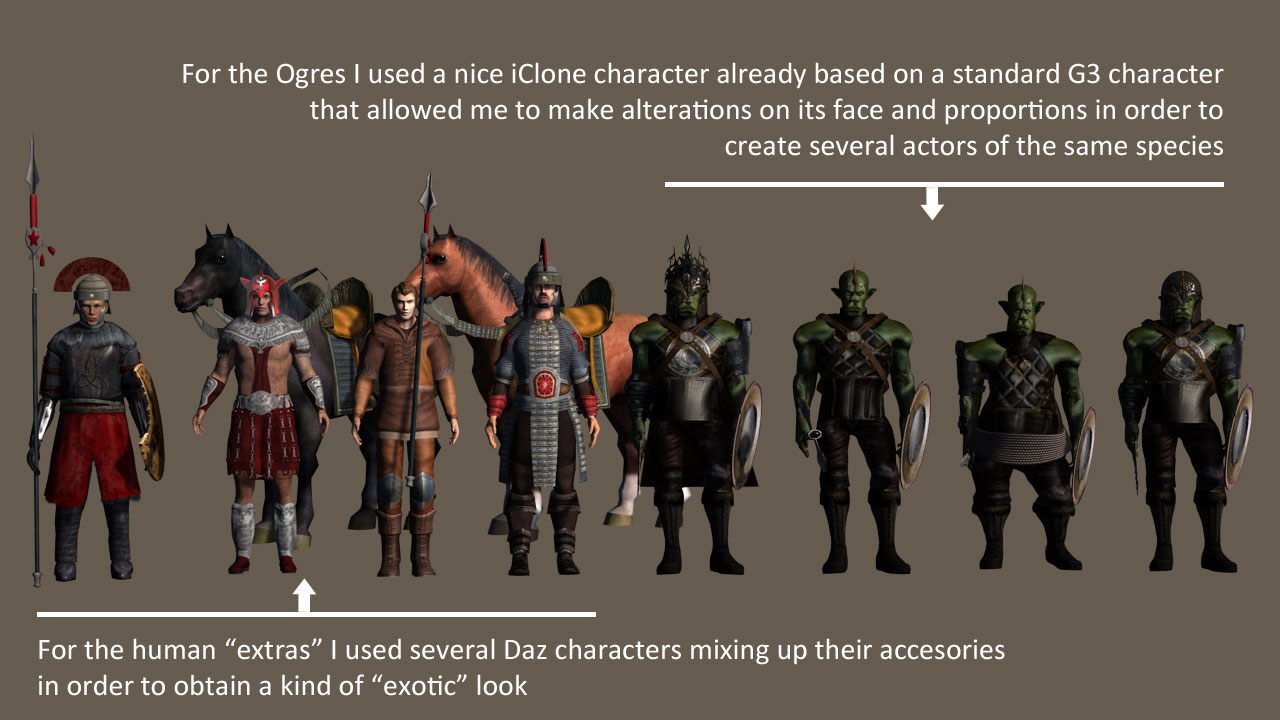