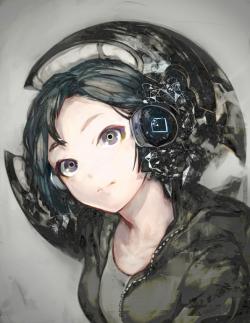 Cloudydays
polycounter lvl 6
Offline / Send Message
Cloudydays polycounter lvl 6
Dec 2014
Now that I'm finally home and away from school, I have access to a working printer/scanner - meaning I can finally share my primary sketches for this contest and get my thread up and going. Unfortunately, school has given me little time to spare for this so I shall be a bit rushed.

I haven't played League of Legends (which perhaps I should be ashamed of considering there's a Riot branch in my city) so I had to do some extensive research to familiarize myself with the design - which turned out to be very interesting.

The new Summoner's Rift map includes design mechanics such as inhibitor timers - which are pretty cool since they double as a defining aesthetic for inhibitors. Another important design feature of MOBAs that I discovered if keeping a center of attention. LoL can be a pretty hectic game - with commands and mechanics and effects flying around - giving the player a lot to process. Which means it's important to not unnecessarily overload a player's attention. As such, I hope to keep a center of attention in the assets I create so they do not become a distraction for players but rather facilitate the already present mechanics and provide beautiful aesthetics to glean. Inhibitors are also not the main asset found in a home base - the nexus is. Therefore, in my opinion, the inhibitor shouldn't overshadow the nexus or distract players from it. Which is why I'll try to maintain a somewhat simplistic silhouette and keep most of my details in the textures.

My process of asset creation begins with making rough sketches in my sketchbook because I feel more comfortable starting with a traditional medium.

Before the changes were made to Environment Art contest (only requiring either a turret or an inhibitor) and before I did my research, these wers my concepts for the turret:

After the changes, I decided to do an inhibitor and a creep den. However, I really liked keeping crystals as a main part of the structure so I translated my would-be turret idea into my inhibitor design. So, next came a few developing sketches: Now that I had something of an idea for my design, I moved onto digital formats.

I decided to go with the design of a larger central crystal with a pyramid stand for it. I was not entirely sure at this point of the process how I was going to make the base. It needs to have some element to it to be a part of the inhibitor timers and it'd be look really neat to have the crystals light up for the timer. But I also liked the effect of "crystals out of control" that comes from seemingly random outcroppings of smaller, sharper crystals. Finally moved onto colored concepts. Got a screenshot of one of the inhibitors showed in the interactive map for Summoner's Rift to use as a color reference. Also began to question my design so I did another design or two. Decided to go with larger crystals for the base for now since such small details as actually modeling smaller crystals for the base would be lost in the larger view of the entire map. Still note entirely sure what to do with the base. Also lost the floating crystal pieces - hoping to bring those back but they would be more of a final touch than anything else. Hoping to finish a 3D model soon so I can move onto texturing (very much looking forward to that part since I've never tried hand-painted textures and it should be pretty fun).

Primary model with basic shapes blocked out. Thinking of connecting the base to the side triangles to make it a more unified shape. Thank you for your time, all criticism and feedback is welcome. I'm new to modeling in 3D but have been studying game design and art for a while now.
0 · Share on TwitterShare on Facebook