EarthQuake
mod
Offline / Send Message
EarthQuake mod
Jul 2009
Alright, so most people have seen or created specular maps that have prominent blue colors in them, for various effects, but it seems many do no actually understand why we do this.

I've had a few discussions with programmers about this from time to time, because they never seem to understand why we would want anything but grayscale, so i figured i would give a few examples here and try to open up some discussion about colored spec in general. Generally these discussions end in the programmer telling me something about gamma which i dont really understand.

Now the most common use most people will say, is use blue for specular in your character textures. What they really mean is use the inverse color of your diffuse for your specular. Why do we do this? Its simple, adding light on top of a tan/brownish color is going to give you nasty yellow highlights.

You can see clearly in this image what i mean:

Specular in most 3d engines is done additively, so we can sort of test this out in photoshop.

The top two images are blue(left) and gray(right) using the normal blend mode in PS.

The bottom two images are the same, but using additive. You see how the gray image actually turns yellow, while the blue is a much cleaner near-white result. Its worth noting that if your additive color(spec color)
is bright enough, your end result is always going to be white, but the gradient to that point may still be yellow, and if the case of skin, you want very minimal specular reflection generally, so you wont have a very high spec value.

You can see in this ref here(my fingers lololol) that the highlight is more of a clean white than anything else, if you colorpick it, its a slight pink, but a quick look gives you the distinct impression of "white" more so than a yellow or red or anything else. Even in areas where the highlight is quite faint, its still distinctly white.

So when the goal is to get nice clean white highlights, it helps to use the inverse color of your diffuse.

Another good example that pretty much follows the same exact theory and usage is lacquered wood, the shiny wood you would see on the stock of a rifle for instance, tends to be a clean white or even bluish highlight in some cases. One of my biggest pet peeves is seeing people use grey, or even worse a yellow/brown spec color for wood, it just looks *terrible*.

here are some examples of what i mean: 
Some other good uses for color in your specular are:

Its good to have more of an orange/brown color in the diffuse, and a yellow/greenish color in the spec, to get this sort of effect: Certain materials like christmas ornaments, or certain cloth(like satin) or types of plastic you may want to push the color of the diffuse into the spec to get an even more saturated highlight: 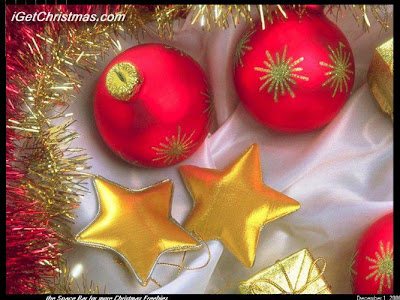