Author: Chris186
Home› 3D Art Showcase & Critiques
Automatic "Save Draft" has been disabled temporarily. This means comments are not being auto-saved as you type.

(Edit: if you want/need a selection of main  photo references I've been working with feel free to ask.

Fair warning in advance, after browsing the forums more I have to say this sculpt is significantly less 'pro' than most posts here. For now I only need advice on how to get it to look 'good' and just a better resemblance. Key features of a face/his face I'm missing. Finer details like smaller wrinkles/lines I'll happily work on myself so I can have a feeling that I didn't just do paint by numbers. After that I'll probably do skin pores/moles etc and texturing, then may post a pre-final version. Anyway...)

I'm working on a Tom Holland likeness (for longer than I'd like to admit) but despite the shapes seemingly being accurate according to many (many) references I have, it still looks only a little like him. It's enough for it to be recognizable as him, but not acceptable. Probably at the point where most character-likeness-sculptors would say "okay, that's an okay start, now for the other 90%".

I compared mine to other artists' (excellent) models of him, I even tried to adjust my own model to more replicate theirs but no luck. I get a different face but one neither a worse/better result than my other sculpt. Mine pales in comparison - still recognisable-ish as Tom but nothing I would ever post online apart from 'help me please'.

Too much time assessing my work has just made it look like a head-like blob to me and I need somebody who can honestly and objectively critique it.

I haven't gotten to the texturing stage yet, I think I'll be fine with that but that's further down the line. Also, I know the neck is weird af on one, and the eyes ridiculous on that same one, I used Project All at one point between a LP and HP mesh, messed it up. Anyway... Started in Blender, currently in zBrush. What I need help with is: 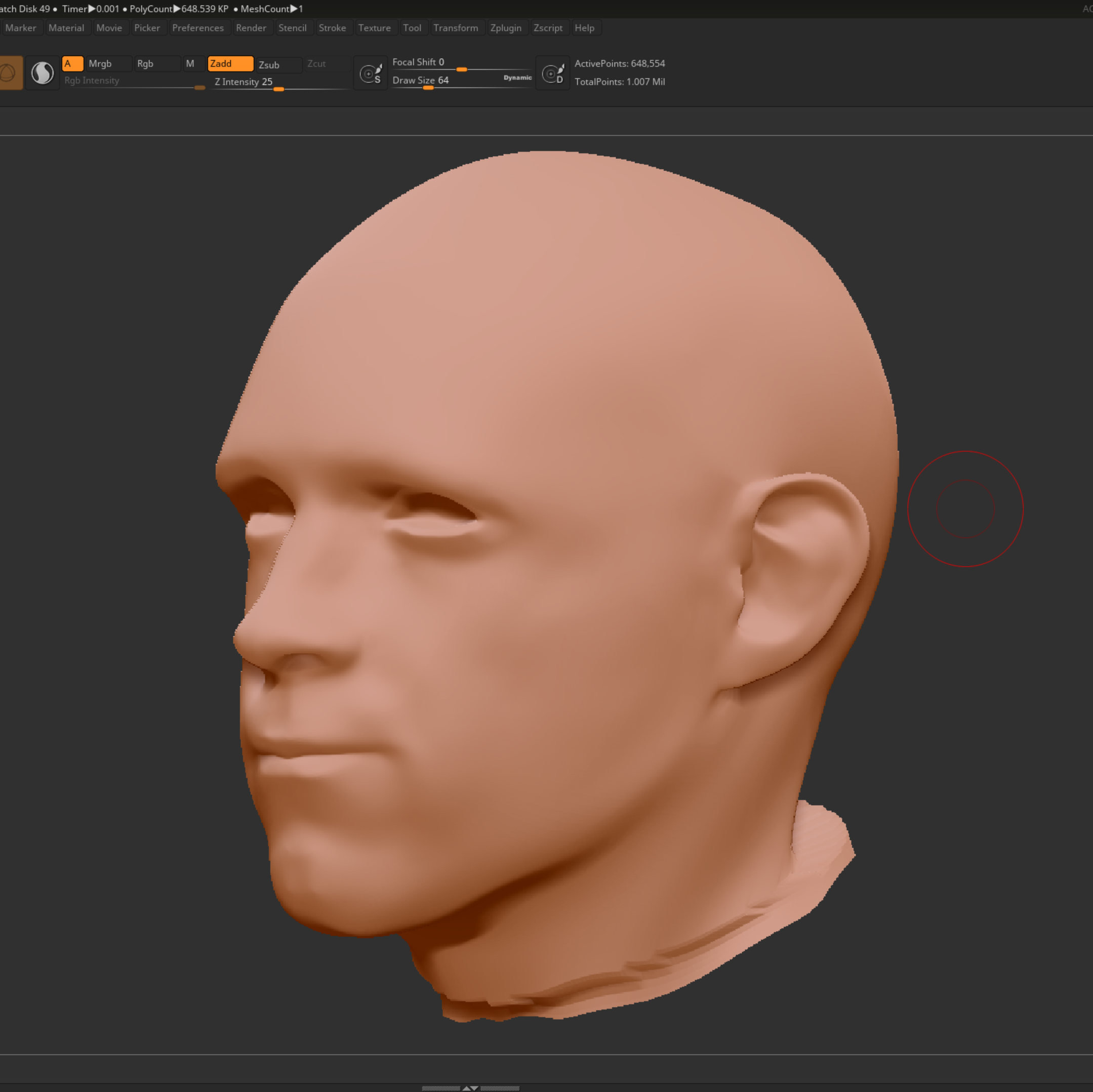 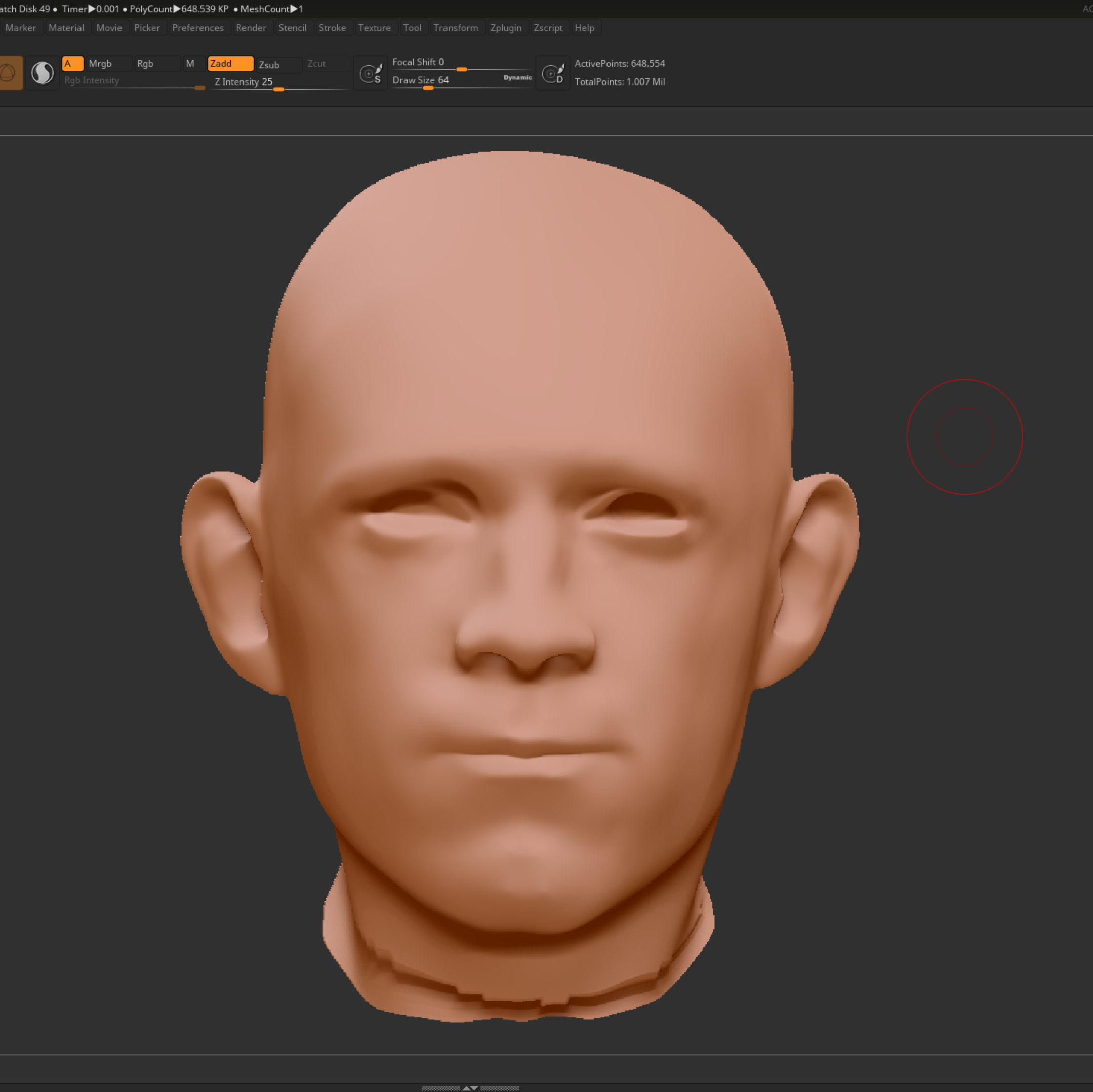 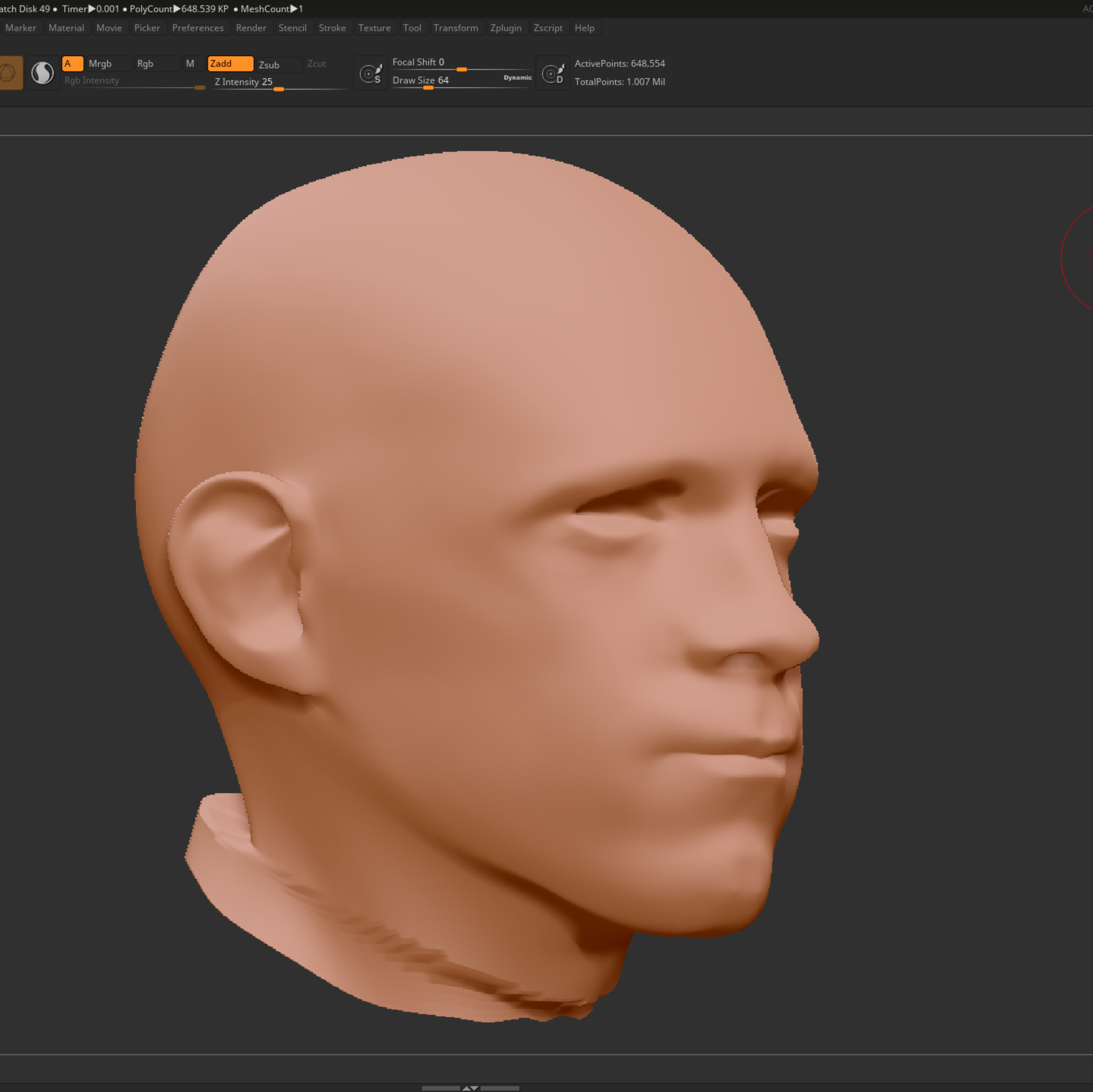 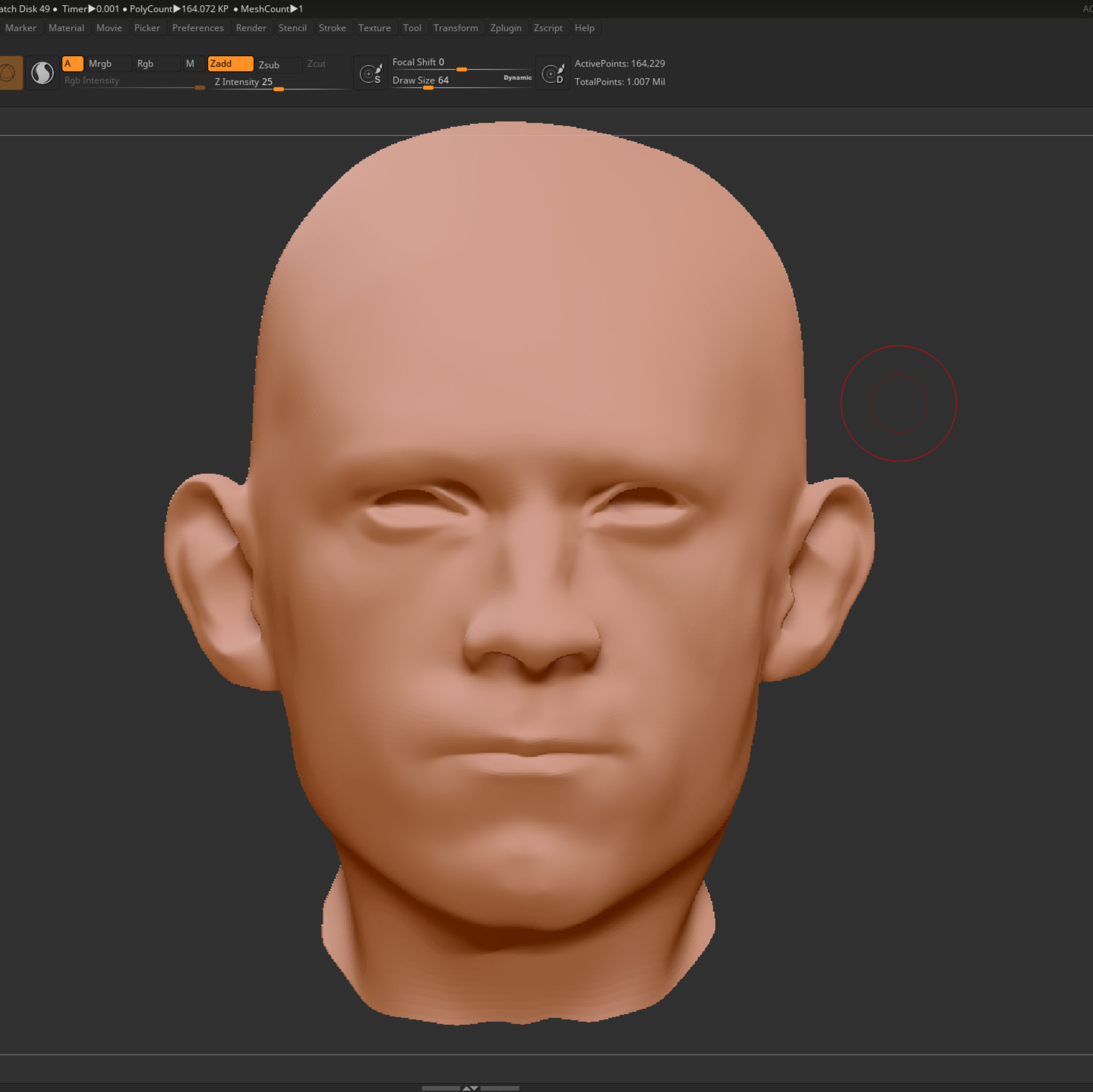 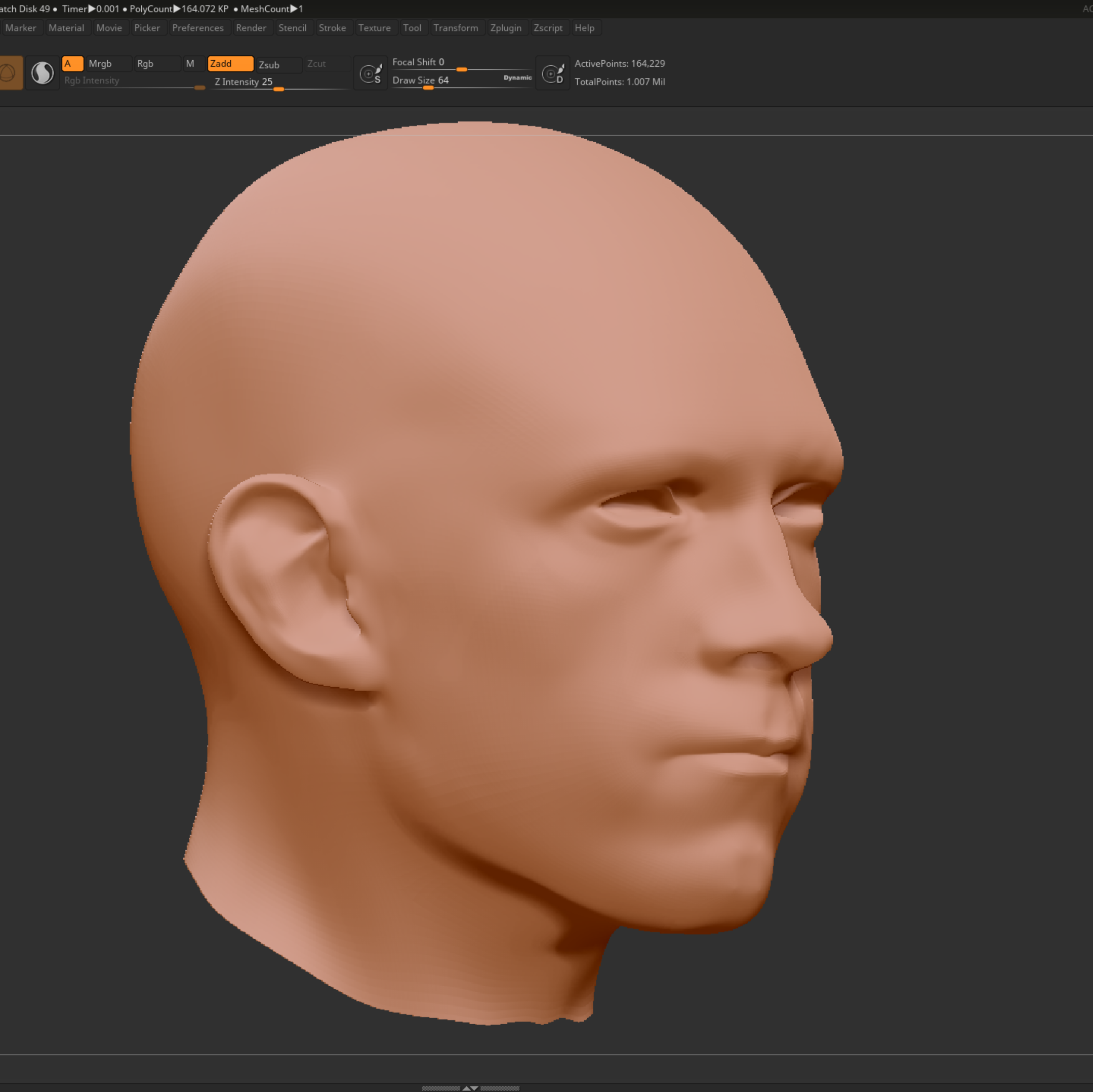 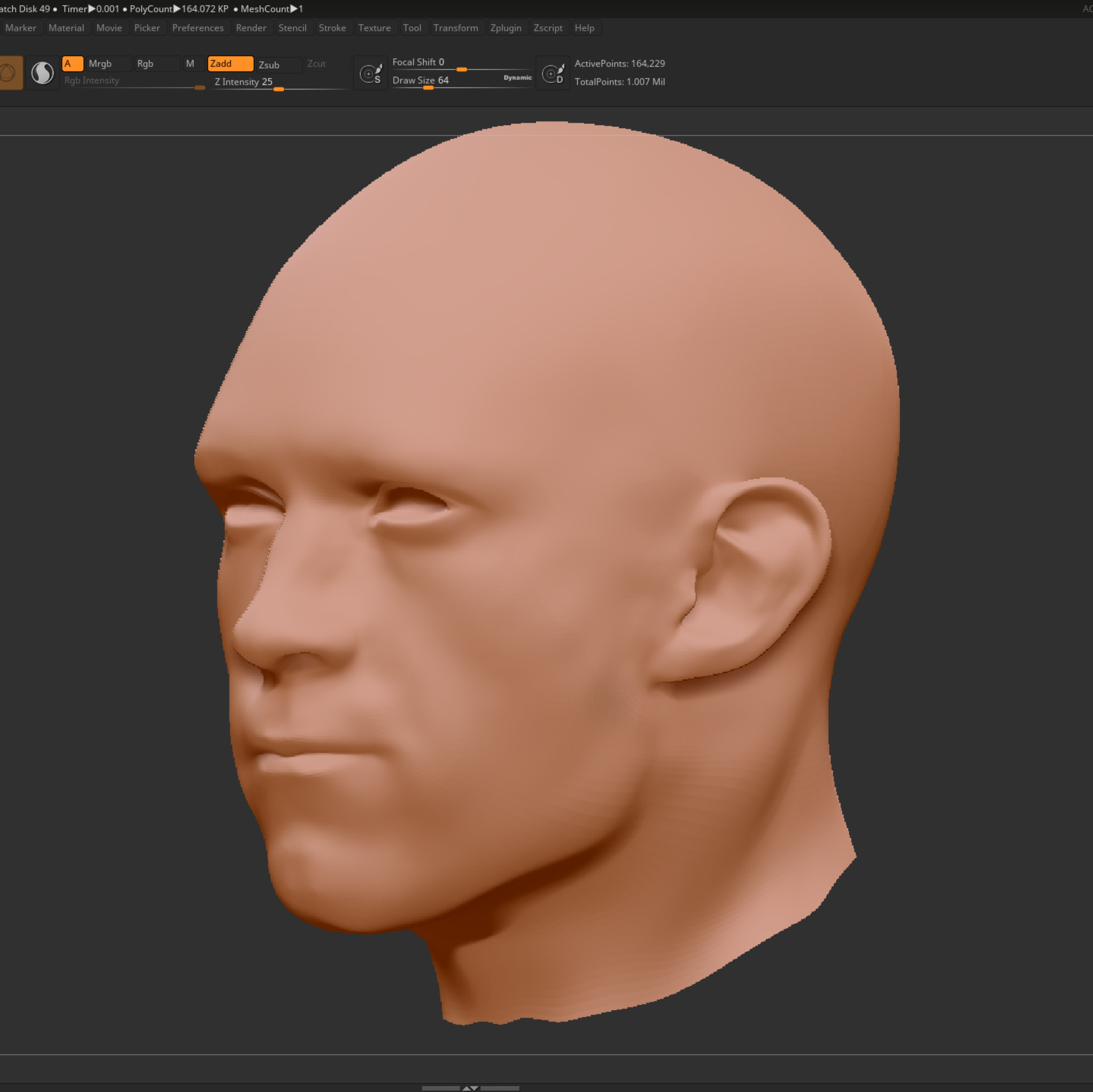 zBrush file:
https://drive.google.com/file/d/1QmAQyY34PmiVbfXHJFEANsllroNf6MTp/view?usp=sharing
Attached are images of 'Tom A' and 'Tom B(ad neck)', along with a zBrush file.