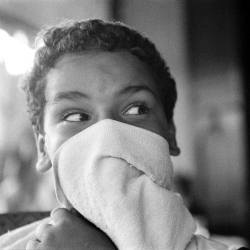 I was really happy recently when I got dynamic shadow mapping working in my mobile engine. It works perfectly for my 2.5d horror game as the viewable area is smallish, so the resolution of the shadow map is acceptable.

However - I'm also prototyping a mobile racer, and unfortunately my hopes for fully dynamic shadows were quashed in an instant

Even with a 2048 shadow map covering approximately half of the viewable area, the shadows are far too low res.

So I was wondering what a common shadow setup is for mobile games or even console games? Presumably lightmapping for most of the level, and dynamic shadow mapping in as small an area as possible near the camera, for the player and other nearby dynamic objects?

Incidentally I checked out GTA5 recently for the first time in a while, and I was impressed with how good the shadows are. There appear to be dynamic shadows on almost everything, and they are good quality too, better than most open world games. Amazing given the sheer scope of the environment and the age of the hardware it's running on.