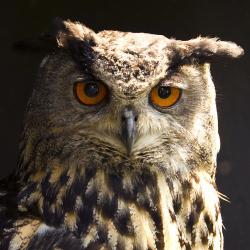 Joost
Polycount Sponsor
Offline / Send Message
Joost Polycount Sponsor
Jul 2016
Marketing is becoming ever more important these days. Not just for people trying to sell things (like me) but even for artists trying to get their name out there. The word "marketing" has some negative connotations for most people but if done right it can be beneficial to both parties.

There's a difference between marketing and advertising. Every artist should market themselves on social media. If you provide a service or product -i.e. Gumroad-  it's worth looking into advertising.
In an ideal world, you would just focus on making good content and people would find it, but there's so much noise these days that it's an unlikely scenario.

Does anyone have any tips for marketing? I'll update this post with other people's useful tips.
I'll share what I've learned so far, but I'm by no means a successful marketer so I'm hoping other people can share some good tips.

Google Adwords
If you're selling a product or service, Adwords is a great way to boost views. The best tip I can give you is to limit your amount of keywords. I get 80% of my clicks from 2 keywords. Try to achieve a good Click-Through Rate. A high CTR means people are more interested in your ad, so they'll be more likely to convert. Depending on what you're offering a good CTR would be 5%+. I average 20% on 1 keyword. Also, it's best to switch to manual bidding, in my opinion, since I don't trust Google's automatic bidding.
If you're a freelancer you could put out an ad for when people search "freelance 3d artist" or similar keywords.
Google Analytics
If used properly GA can be a great asset. For example, I've linked it up to my Google Adwords and Gumroad so I can see the exact ROI of my ads.

Twitter/Facebook ads
I've dabbled in both but I think you still get the most bang for your buck with Google Ads.

Buffer
I use Buffer to plan posts for Twitter and Facebook simultaneously. As well as providing a nice dashboard for your social media accounts.
https://buffer.com/

Hotjar
An interesting tool that generates a "heat map" for your website. It's free for a single page.
https://www.hotjar.com/

Since I'm not a natural marketer I've read a couple of books on the subject. These 2 stand out as being particularly useful.

Twitter is not your blog. Sorry, but I don't care what you're having for breakfast.
Don't use Twitter or FB just to market your products at people. Try to engage with your audience and share interesting things. I've definitely been guilty of this before.

Try to respond to every. single. person.

Email marketing is still one of the best ways to engage with your audience. Releasing free products or tutorials is a great way to build an email database to send newsletters.

Timing is incredibly important! Don't post important things at 3 am on a Sunday. The sweet spot for me is 1-3pm Tuesday-Thursday. Buffer has a tool that can find the optimal times to post.

Marmoset features a ton of artwork. This is mutually beneficial as both parties get exposure. https://twitter.com/marmosetco

GameTextures shares a lot of interesting content, as well as creating tutorials and articles. Instead of exclusively marketing their own content at people https://twitter.com/GameTxtures