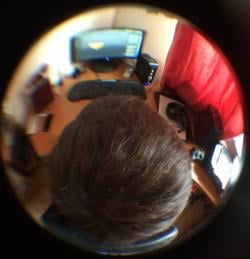 dzibarik
polycounter lvl 8
Offline / Send Message
dzibarik polycounter lvl 8
Nov 2015
I was trying to reproduce a tecnique from Sunset Overdrive which is described in this talk - http://www.gdcvault.com/play/1022324/The-Ultimate-Trim-Texturing-Techniques but ran into some problems.

First, it simply doesn't work for me because I still see seams.
Here's how it looks now:
http://i.imgur.com/vQewiVy.png

So I was wondering what I'm doing wrong.

1)It could be that my normal map rectangles which came out from NDO arent 45 degrees. The image from the slide 15 looks like it went straight from NDO but I might be wrong
2)I could place my UVs wrong (most likely). They look like that now - http://i.imgur.com/SmP7QLB.png
It seems that they need to be placed with the exact offset but... I don't know how to put them. May be set some padding between islands? How can I calculate it?
3)Something is wrong with my vertex normals. The edge is soft now and normals are averaged.

So can anyone break down this technique? This would give everybody a huge boost in production as well as improve visual fidelity.