Another week has flown by, and because there's so much going on, we thought you might like this little digest of all the nuggets of goodness that have been popping up lately.

Marine has diligently dug up a bunch of awesome stuff, but I'm passing it off as my own here because we don't trust him with power or responsibility of any sort.

Of course, we have to start the round-up with some of our own home-grown threads from the Polycount forum.

Virtuosic gets the ball rolling with a double-header of art and shaders. He has started putting together a pretty impressive UDK environment to showcase his artistic and technical skills - definitely one to keep an eye on to see what other heathen magic he pulls off!

He's even put together a little video showing how his texture-blending shader works in UDK - it's pretty cool! Check it out on YouTube here.

Blaizer has posted up an Alien Boss creature from Majestic-12, and as usual, it's very clean with great execution in his trademark style. 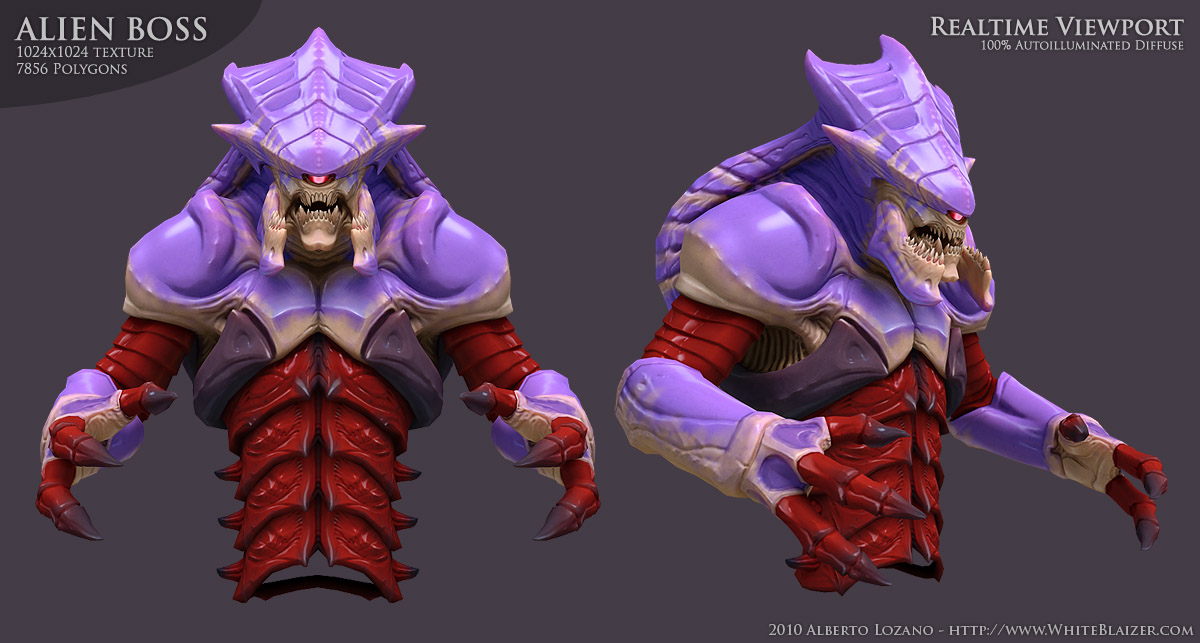 It's quite interesting to see that, while it's just a diffuse-only texture, the texture was started by using bakes down from a high-poly sculpt. It certainly lends a bit more volume to the whole thing, I reckon!

Minotaur0 has been busily finishing up his research facility environment in UDK. Not only has he made great use of modular pieces, he's blowing minds by using colours besides brown and grey! 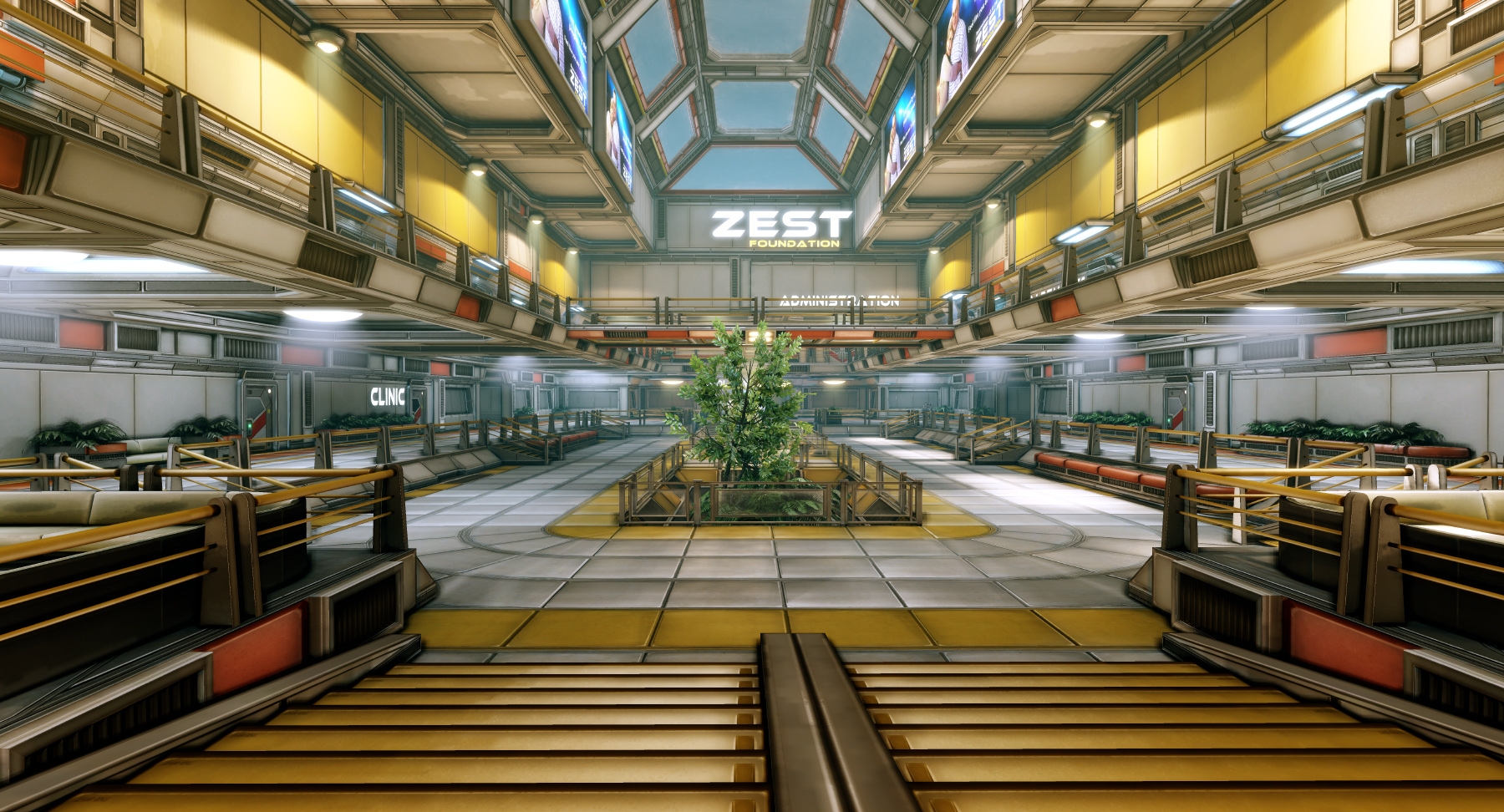 Everybody loves a bit of ZBrush. And what better place to find it than at ZBrushCentral!? They've been a bit lax updating their top row thumbnails recently, but there's still a ton of good stuff there if you know where to look... here's where to look.

Mutte has a sketchbook thread going. It's all good stuff, but lately it contains a particularly awesome gargoyle, and a decidedly creepy-looking Natalie Portman bust. She looks a little... crazy. But it's a good sculpt! 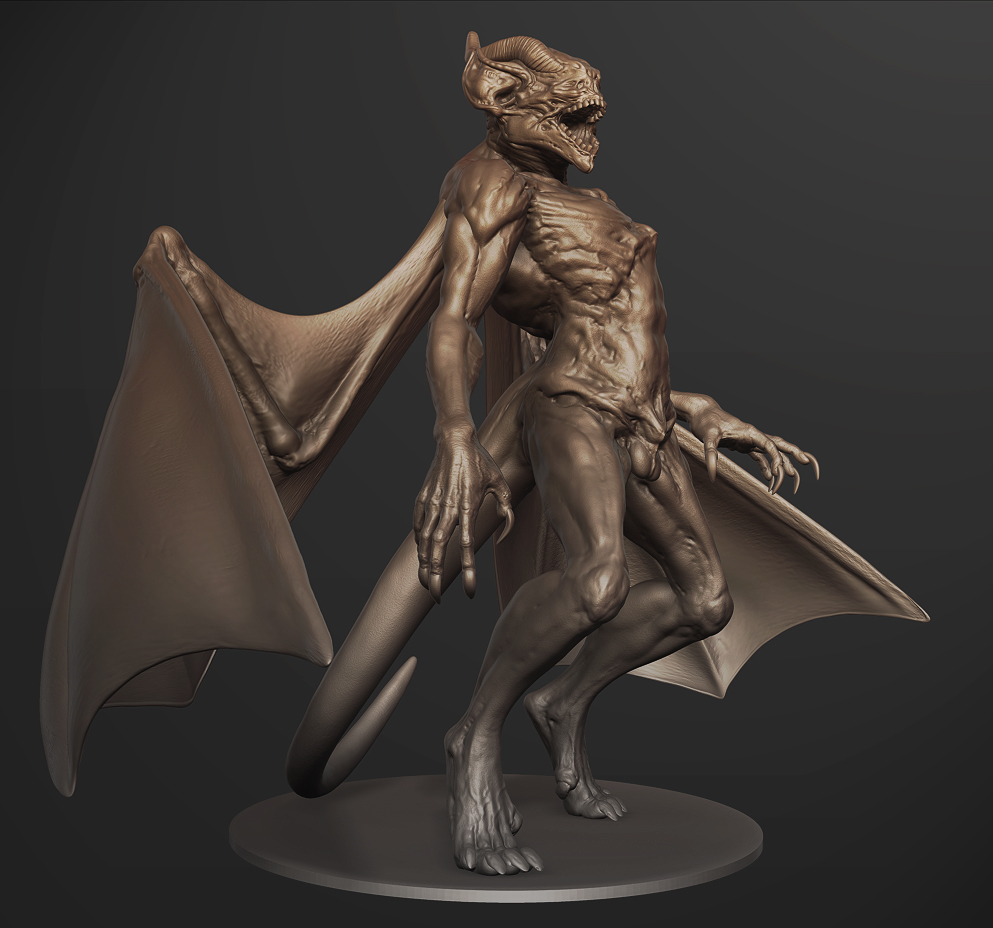 Note that the picture above is the gargoyle, not Natalie Portman. Just so you know.

Bruno Melo has posted his most recent piece, a badass sword fighter called Piter Blood. It's a great model and texture, and it's based on this concept by everyone's favourite Anry. 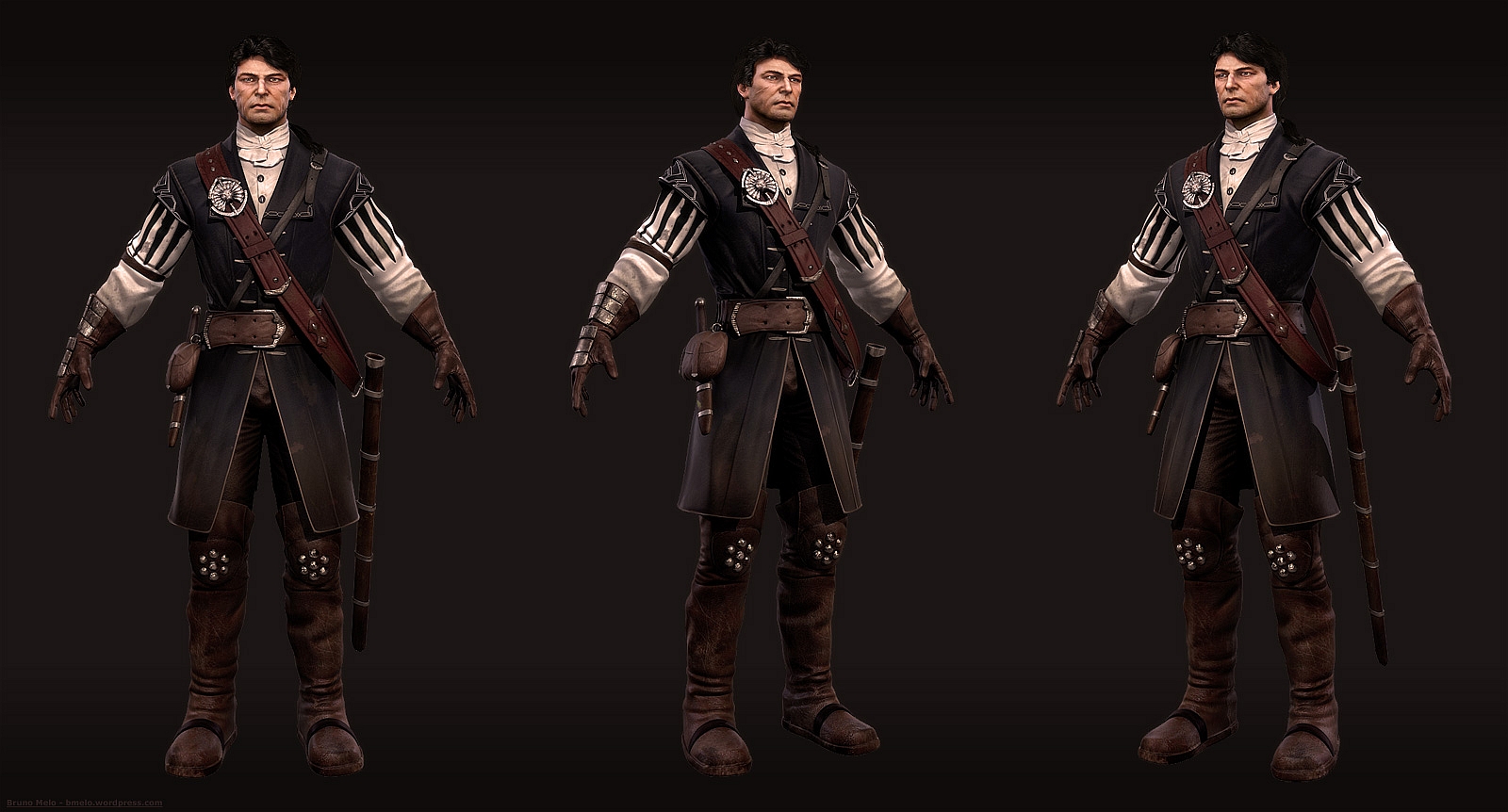 Over on CGHub, pstchoart has given us a collection of concept work from the remake of Clash of the Titans. Digging deeper in to his gallery, you'll find everything from his work on Earthrise through Doom fanart and creepy-ass medical diagram things. Woot!

And finally, CGChannel have scored an interview with Drew Struzan! If you don't know who Drew Struzan is, go and sit in the corner with the dunce hat on. He's not only an incredibly skilled artist, he's also the guy behind pretty much every good movie poster you can remember. 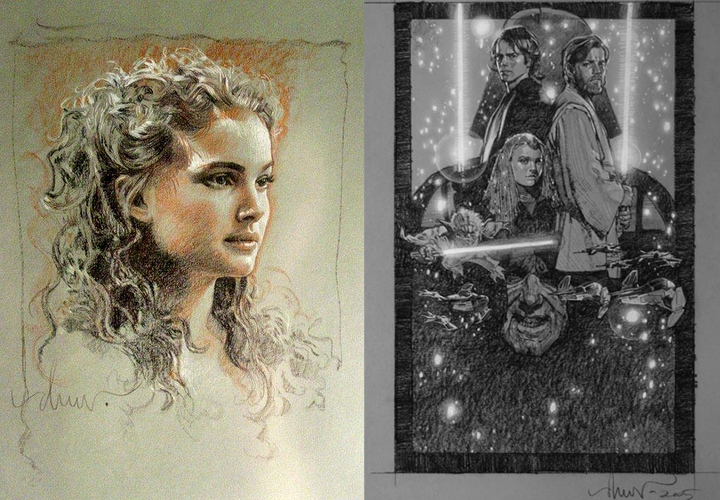 Again, many thanks to our local tipster, Marine, for passing along these quality arts.