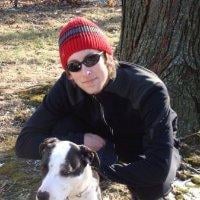 Stosh
polycounter lvl 4
Offline / Send Message
Stosh polycounter lvl 4
Feb 2015
The Pillars of Tyrall was a throne room built during the original King Tyrall's rule. The room was to signify that the King's royal advisers and the king himself were the foundation holding up the kingdom in which they ruled over. To show that the King himself could not do it all alone and that his most trusted companions would help the king share the weight of responsibility. King Tyrall had nine pillars constructed, the largest pillar for himself and eight other pillars to hold up the throne room with each housing a seat for his advisers. From then on each King afterwards would choose who would be seated within the Pillars of Tyrall. Kings had to choose wisely because if any adviser was untrustworthy and had their own plans that went against the king, the whole kingdom could come crashing down.


My vision is to have an oval shaped throne room with these pillars being a main focus incorporating throne seats. The kings throne will be centralized and elevated on one side of the oval to show importance. I'm toying with some idea to show the kingdom being "held up" by the pillars. Whether its a painting on the ceiling of the map of the kingdom ever growing or some type of globe. I'm going for something in the middle of ruined/medieval and greek/roman clean. Basically a noticeably used/old clean stone build, if that makes any sense. Still figuring out if I want windows and what they may show or how much exterior light they let in.