Author: Toivo
Home› General Discussion
Automatic "Save Draft" has been disabled temporarily. This means comments are not being auto-saved as you type.

Any Other "Big" Engines Comin' 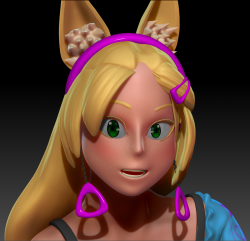 
I am about to migrate from CryEngine these days. Plan is to drop it completely before Christmas.

The only option is Unreal Engine 4. But "currently" it lacks a reliable and high quality real time Global Illumination solution. You need to take light bakes.

I had heard some rumors about some ıther " Big" engines going public. Like the FOX Engine and Snowdrop Engine.

I searched the net quite a bit and couldn't find much. So wanted to ask here.

Any of you mates hear anything around about these engine would go public/ subscription/ SDK ? Any clue would be appreciated.

Thanks and Keep Up the Goodwork everyone !

Here is a cookie ( melon pan) for great answers beforehand