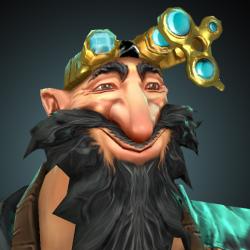 quite a while back, the idea was tossed around to organise a private, little hobby tournament for the pc dota 2 workshop artists. It never really came to happen sadly though, mostly due to timeschedule problems.

Sitting in irc and the googlehangout, the idea came up again and alot of people seem to be interested. Since I have no experience in organising tournees myself, I need your help and suggestions (not to mention that i dont need to be the organizer if people are willing) maybe we can make this a community effort.

Following issues and ideas came up:

It was suggested that we form teams based on region and timezones. This way we can make sure people can get together on a more convenient basis, and even have modest pings and connections. Further more we could form and arrange teams on things like experience, matches played and so forth, to maintain a factor of fairness. Games that are close are more fun than roflstomping matches. Dont you agree?!

For the first try-out, we might wanna stick with a simple elimination based tournament, since a league really is quite complex to arrange and takes alot of time playing all those matches. So setting up an elimination table once the teams are formed. I guess we play proper winners and losers bracket so we get 2nd and 3rd price. Depending on how many teams we can get together, this still means that the tournament might have alot of games, which is cool, we like doto.

It's a fun event, that's very important. It's from the community for the community and we wanna have fun while doing this. We play for fame and glory unless someone wants to toss in some fun incentives.

Finding the right dates to play is propably gonna be a challenge. Its up to the teams to manage when they wanna meet. We could say we gonna play on a fixed set of days, like a long weekend or we spread it out.

That's about it from my side. This is just the basis of ideas we discussed in the hangout and the irc, pls feel free to contribute and bring in your ideas. Maybe you even got some expertise on organizing and managing events like this. Your opinion counts.
To effectivly form teams I would suggest to write down your playable server region and timezone.

Edit: If you wanna participate in the tournament, write down your prefered server-region (dota2 duh) and timezoneas shown above, when in doubt check here
0 · Share on FacebookShare on Twitter