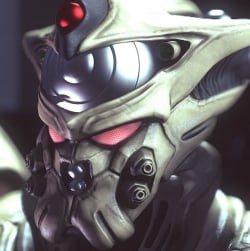 interesting, do you think this will be useful for 2d games in the future?
I see Rayman has pretty similar thing too.